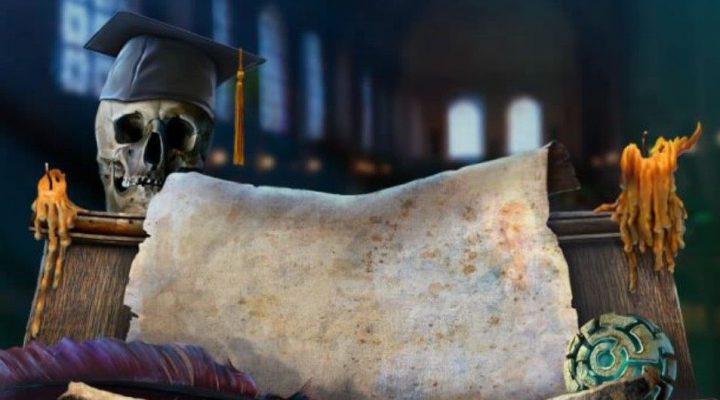 Captivating story that really draws you in.

The occasional odd item use can be somewhat off-putting.

Professor Buildson has made a marvelous discovery. Hidden beneath the university is a secret world that’s been buried for ages. Several students begin exploring the Norwich Caves, only to discover things aren’t what they seem. As in, water droplets suspended in mid-air strange. Now they’ve gone missing, and it’s your job to track them down. Oh, and while you’re at it, solve the mystery of these sub-university caverns, why don’t you?

Sable Maze: Norwich Caves is a hidden object adventure that walks the line between a mystery and a school age drama. Well, ok, it’s really a mystery, but interacting with students and professors and seeing school-related items will certainly take you back. The story unfolds with a nod or two in the direction of Harry Potter, though this is likely coincidental. When you’ve got a campus packed with as many ancient secrets and magical labyrinths as this one, it’s hard not to draw a few parallels. 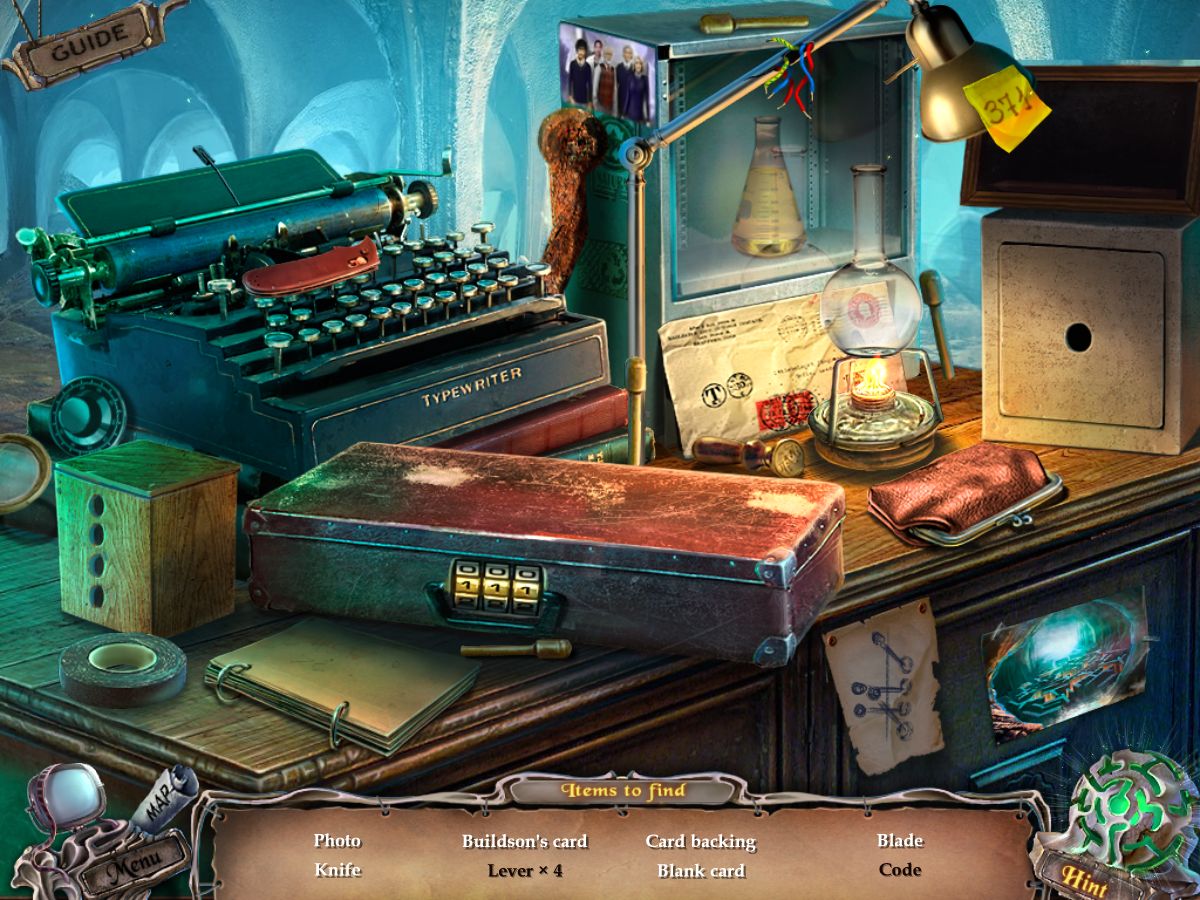 Just about every corner of Sable Maze: Norwich Caves is a puzzle, and a tightly knit one at that. Exploration scenes send you back and forth to investigate areas of interest and pick up the odd item or two. There are several multi-part items you have to locate, lending a bit of a hidden object flavor to the regular adventure segments. Take the items to various contraptions, complete a brief mini-puzzle, then open up a new area to explore. Even the short puzzles are well-constructed, presenting familiar concepts in new and unexpected ways. Everything feels unique in Sable Maze, but not so unique that you won’t know how to proceed.

Hidden object scenes are a high point of the Sable Maze experience. Instead of just looking for items on the screen, a great deal of the targets are interactive, often requiring two or three steps to solve. Need to cut something with the scissors? First you have to find and assemble the scissors, and in order to do that, you’ll need some other item to set them free. This quite elegantly blends adventure elements back into hidden object scenes, allowing you to enjoy item hunting and puzzle solving at the same time. It’s a small refocus, but an enormously effective design decision. 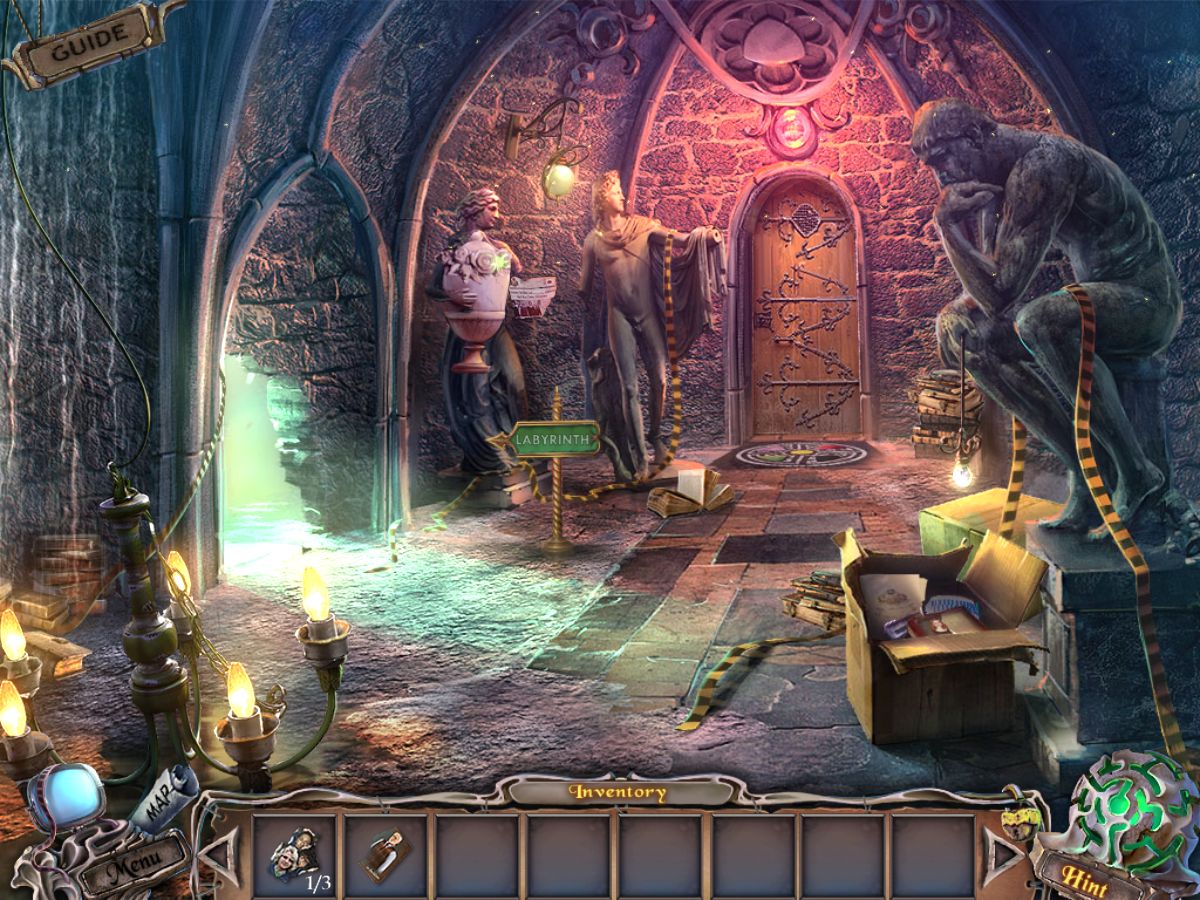 Sable Maze is no slouch when it comes to visual presentation, either. The game looks stunning with its detailed set pieces and warmly lit caverns. The voice acting is flawless, as well. Sable Maze just hits all the right notes. Its story is riveting, its setting filled with wonder, and its puzzles are abundant and fun to complete. Sable Maze: Norwich Caves knows what we want in our hidden object adventures, and it provides it in great abundance.