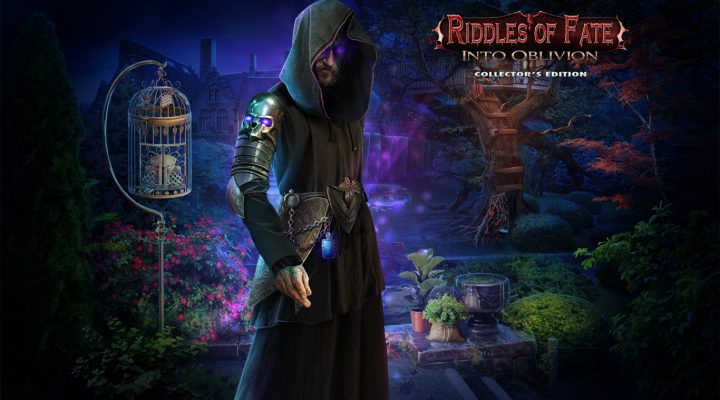 The dark theme might push the boundaries for some players.

Historically speaking, Riddlestone has always been a nice place. Everyone was happy and healthy, kids skipped stones across the lake, people laughed in the streets. But now, it’s just the opposite. Going outside will likely get you mugged, and don’t expect anyone to smile at you. Not unless they’re up to something nefarious. As it turns out, the famous seven deadly sins aren’t mere concepts, they’re evil beings that travel from town to town inflicting their will on the people. Riddlestone is their latest target, and judging from all this doom and gloom, it’s not getting better anytime soon.

Riddles of Fate: Into Oblivion casts you in the role of a detective summoned by the queen of Riddlestone. Your only task is to find out who sent the sins to cause havoc in the town, a quest that sounds much easier than it turns out to be. As you explore the streets of this once great village you’ll stumble across angry citizens, locked doors, murky alleyways, and all manner of dark things. Fortunately there’s a key for every lock and an item for every puzzle, allowing you to pick your way across the countryside one inventory item at a time. 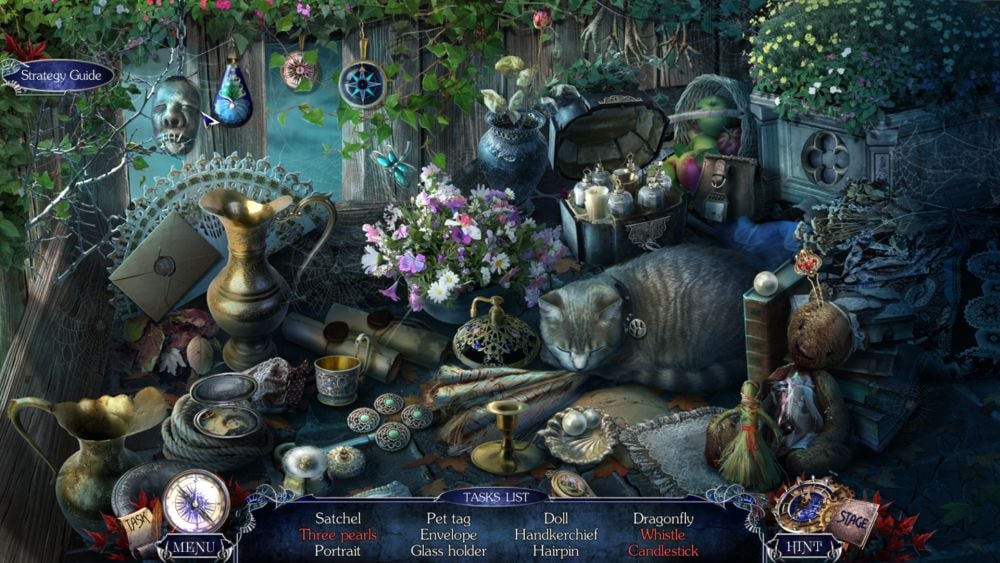 Riddles of Fate 2 keeps the puzzle solving confined to a few adjacent scenes so you don’t have to bound across the world each time you pick up a leaf. Gather a few items, then search the area for the blocked section in question. Solutions are by and large logical, with subtle clues like an item’s color or shape helping you match one piece to another. Mini-games appear just often enough to give you a break from the core puzzle solving. They’re simple and kind of predictable, but all of them are well done and easy to complete.

Hidden object scenes are evenly spaced throughout Riddles of Fate. They stick to a basic formula of text lists and cluttered screens above, with a few items marked out in a different color. These interactive object require some manipulation in order to collect. For example, you might be tasked to locate “three pearls”, but a necklace only has two on the string. Gee, if only you could find and attach the third one! 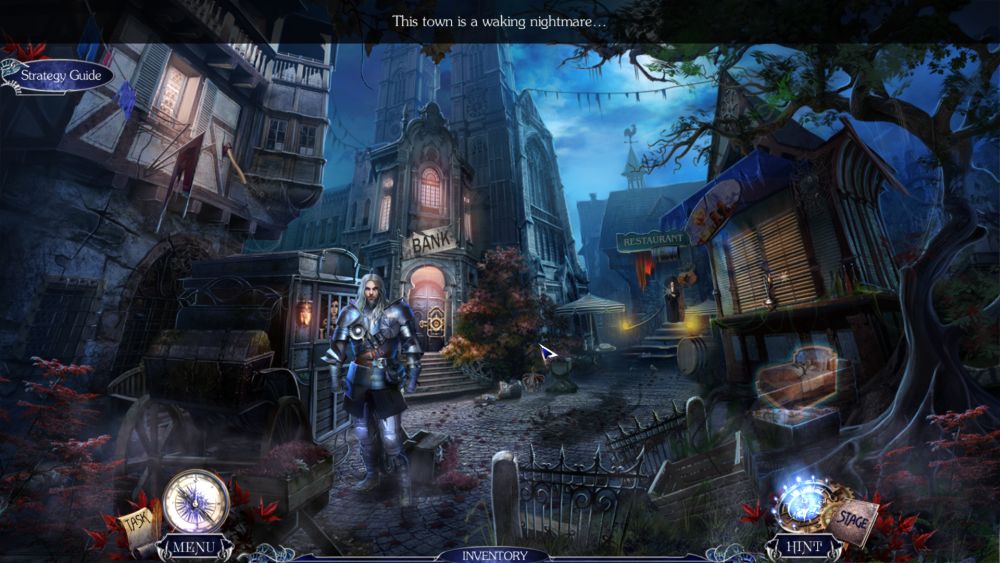 Dominating the Riddles of Fate: Into Oblivion theme is an ever-present sense of darkness. Seriously, when you play a casual adventure game and hear that it’s “dark”, automatically double that for Riddles of Fate. Not only are the visuals sad and depressing (though extremely well-done, it’s worth noting), but the people are soaked in madness and get into the worst kinds of trouble. Definitely play this game with the lights on, unless you want to feel like all hope is lost in the world, that is.