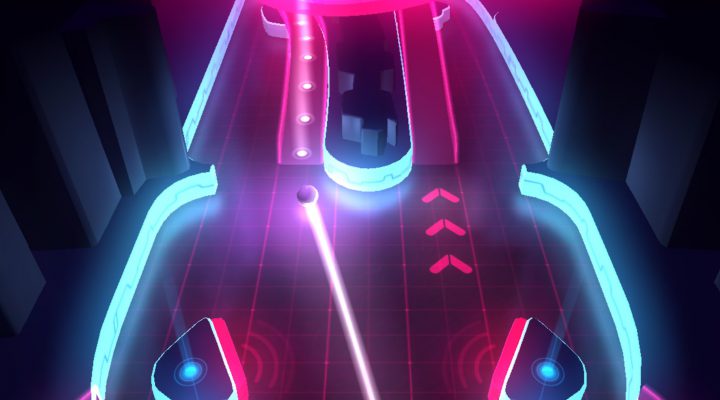 Have no true "endless" mode with the timer

PinOut is the newest game from ironically-named Mediocre, the makers of Smash Hit and Does Not Commute, so we knew it would be something special. And we were not disappointed. PinOut is a seemingly endless pinball game where players can advance through retro-futuristic neon obstacles to a synth soundtrack that will undoubtedly appeal to 70s and 80s kids, or those who enjoy the aesthetic. You face off against a timer to see how high into the board you can ascend before time runs out, while earning additional seconds, powerups and opportunities to play minigames that reward more time. 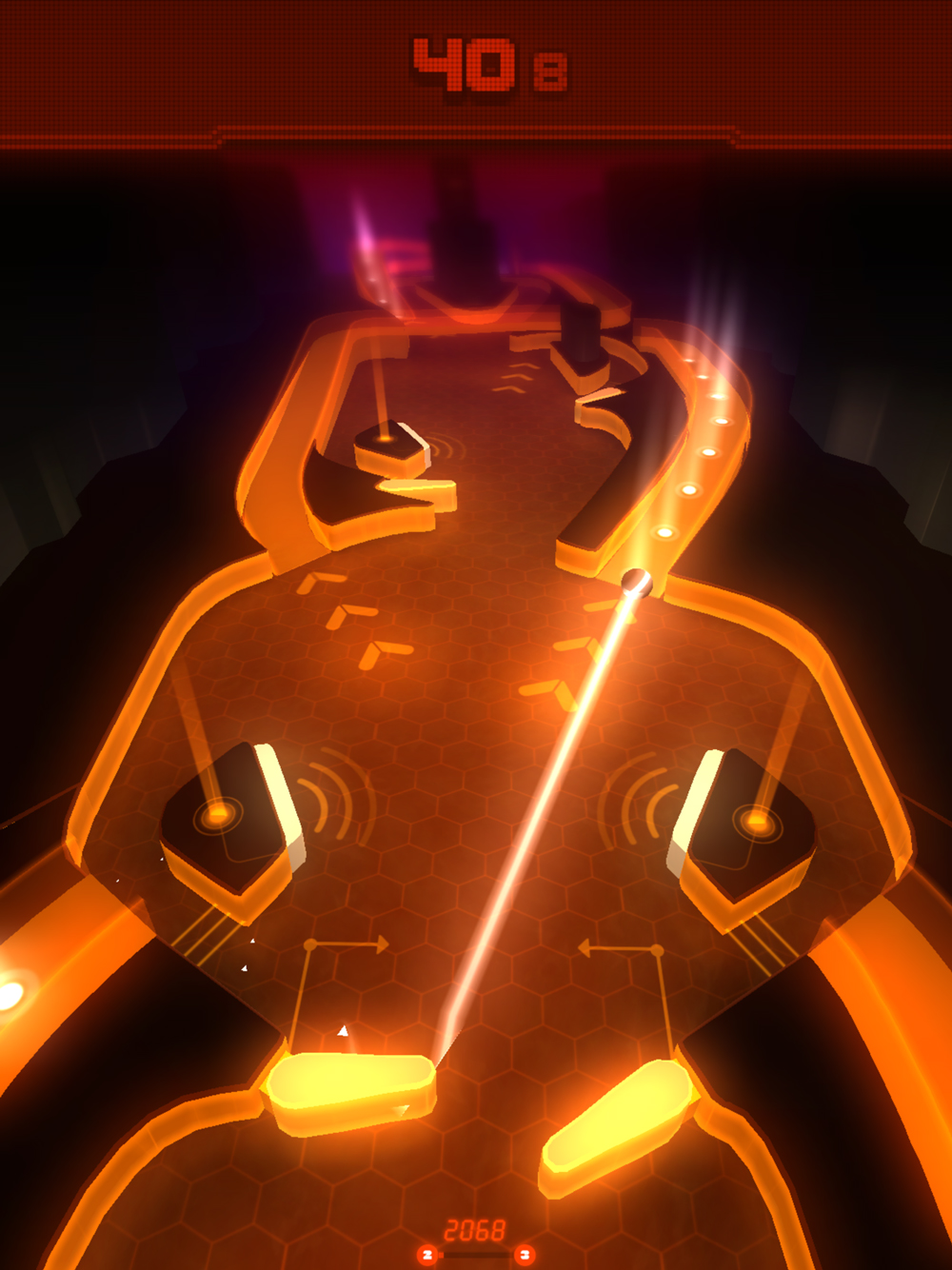 The graphics, including gorgeous particle effects, perfect a 3-dimensional view of the ever-growing table. The camera angles and perspectives look just right along the many inclines and declines of the tracks. The soundtrack, a bumping score of techy synth is pretty hot (and the devs know it since they made it available on multiple music stores). There are creative obstacles along the way and various points to collect additional seconds or powerups. The physics are quite smooth and the controls responsive though I did encounter some occasional latency issues and a blank white screen that I couldn’t escape for a few seconds. However, having played pinball in actual arcades, a few performance issues on screen could barely compare to actual dead bumpers and tight flippers.

There is one IAP in the game which will unlock the checkpoints so you can start from the beginning of whichever level you last finished. Be warned that you will still be stuck with the timer, even with the IAP. For some, this will keep the challenge interesting, but for those looking for a true endless pinball experience, the time pressure might harsh their mellow. 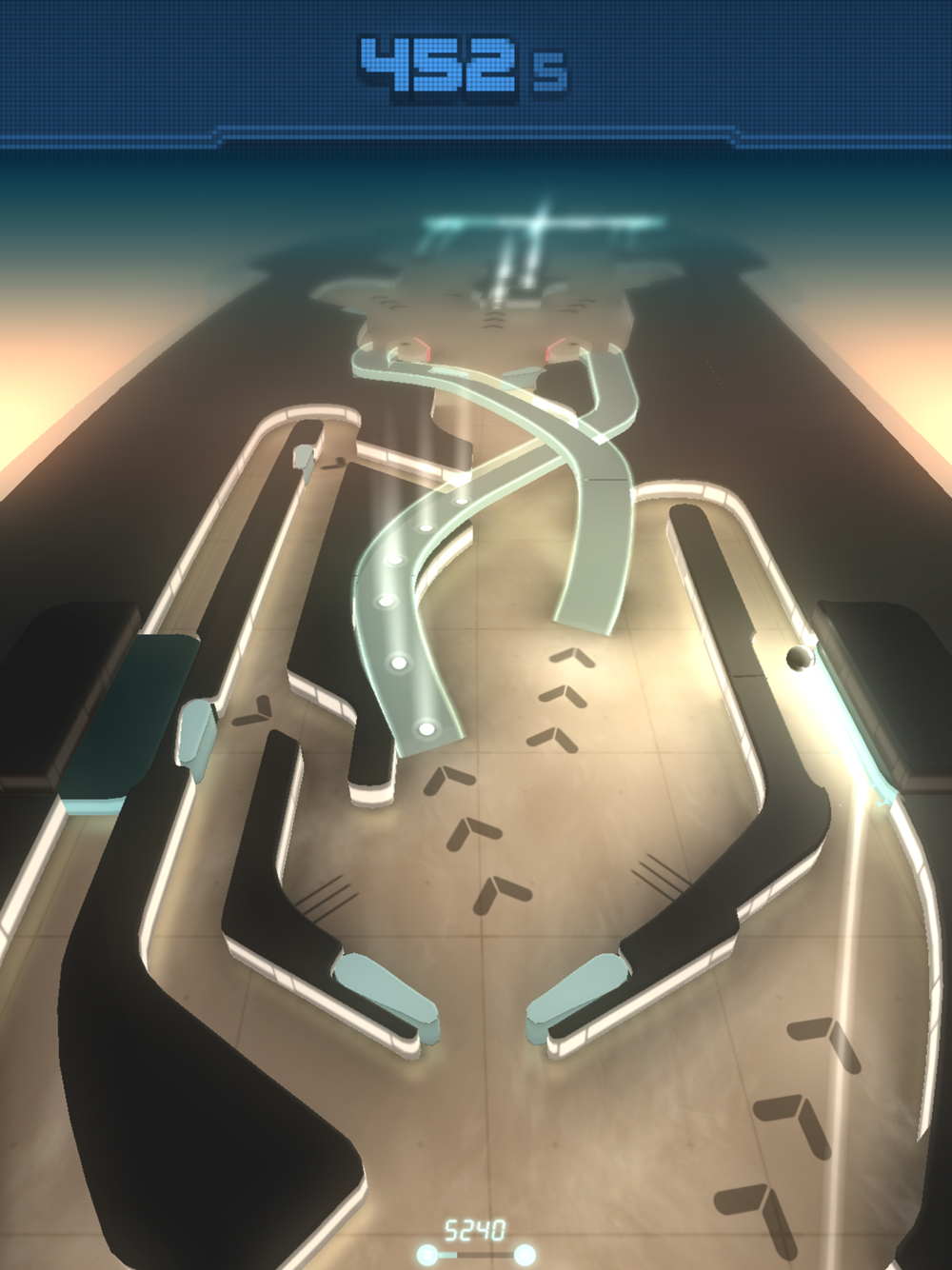 There is true potential for free-to-play warriors to really work the grind in this game. No gameplay features are stuck behind a paywall except the ability to play from a checkpoint. Aside from that, you can play as long as you want and as far as you want, with whatever skill you’ve got. If you run out of time, you’ll die, just as if you run out of balls at an actual arcade.

There are currently two forms of measurement in the game — the height you achieve and the seconds you accrue. The height you achieve appears to be the number that defines your skill in the game as a type of high score. However, I would love to see points as a third type of metric because both height and time can decrease. Points earned for great shots or multiple moves repeated in a row or even hitting targets that are specifically for points would always increase and add something else to go after.

Pinball is a solo game so it maps well to a mobile experience. However it is also an incredibly tactile game, and PinOut gets so much right about the pinball experience that I do find myself missing haptic feedback. Sound and particle effects do help with the feedback, but if Mediocre could add vibrations or something physical, PinOut would be the mobile pinball game to end all pinball games.

As it stands, PinOut is an exceptional pinball experience that will appeal to wizards and novices alike. Take advantage of the free download, enjoy the fresh jams and flip away. And when you quickly find yourself wanting to continue from your last checkpoint, know that your small monetary investment costs far less than an evening at the arcad,e but will be just as entertaining — and for a lot longer.

Off the Record: The Italian Affair Review – Bellissimo