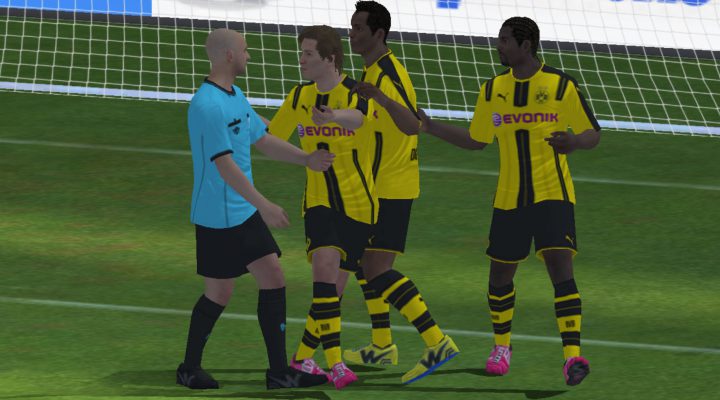 Player acquisition is a little complicated if you don't know the series.

The trend among mobile sports games over the last year or two has been for companies to not even bother trying to make them like console sports games. Not PES 2017. Where other titles have narrower focuses, Konami has done all it can to present a game that makes a few concessions for its platforms but otherwise is full-featured football (or soccer, if you prefer) you just so happen to play on your phone or tablet.

It helps to be familiar with the console PES series to immediately understand the game’s somewhat complex system of acquiring new players and managing them once they are on your team, but it’s not a prerequisite as there’s a tutorial to walk you through some of the finer points and pop-up instructions for most everything else the first time you explore it. As in most current sports games, your general goal is to construct the best possible team out of a wide variety of real life soccer players from leagues all over the world.

While the FIFA series has uniform and team name licenses for many clubs locked down, PES 2017 still has name and likeness rights to all the superstars of the sport. The really fun thing is the wide variety of modes in which you can put your virtual club through its paces, including a campaign, quick single matches and a rotating series of limited time events. There’s even real, honest to goodness online multiplayer though it’s highly recommended you have a rock solid internet connection before diving into it. Not feeling like playing through all your games? You can sim matches as well, turning it into more of a management exercise. 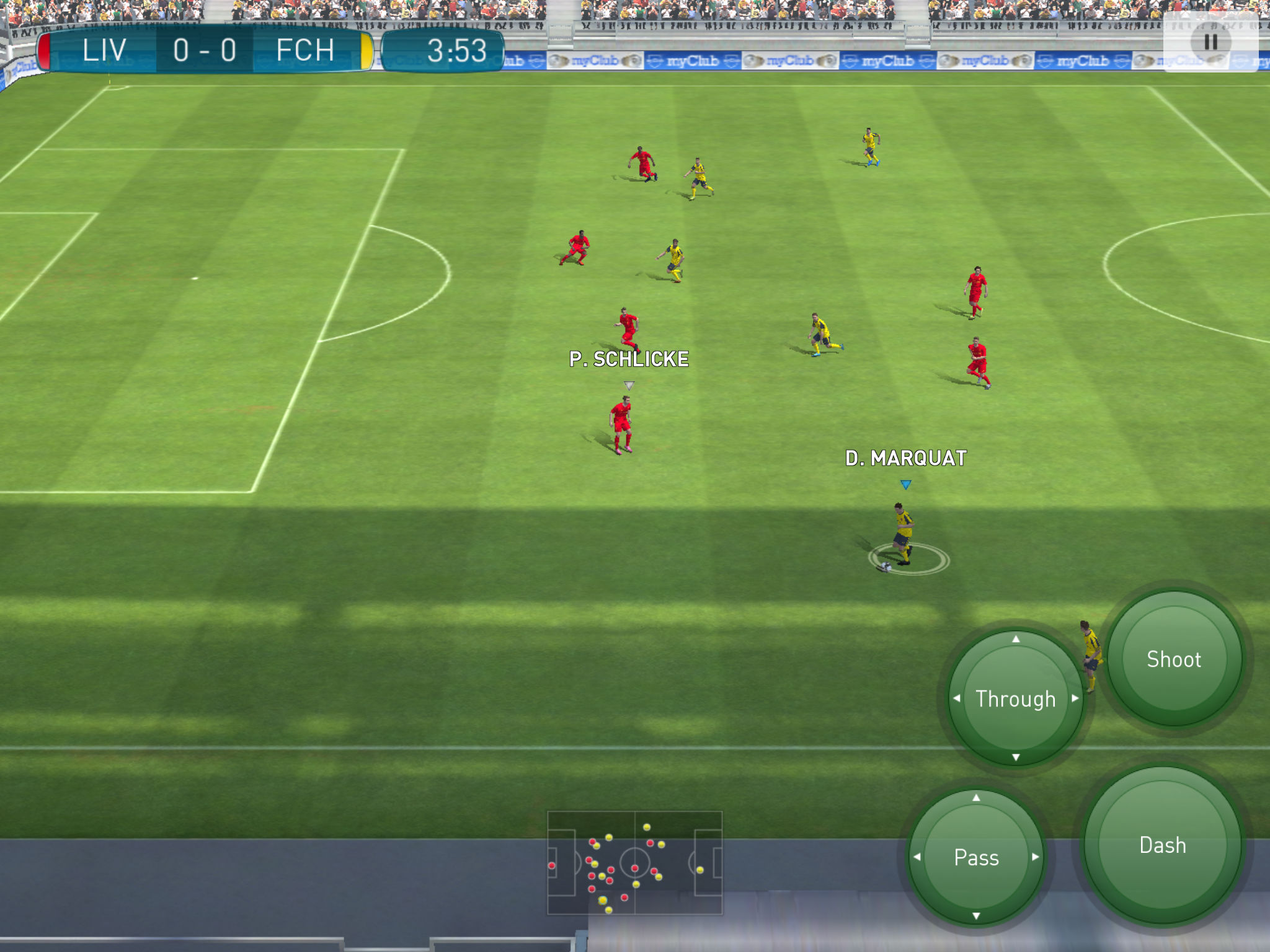 All told, it’s not quite what you’ll find in the console series (which is threatening to get ahead since Konami recently announced PES 2018), but it’s admirably close. The same can be said for the action on the pitch, which certainly feels like PES in all the most important ways. Konami has included both touch-specific and virtual stick and button controls to allow everyone to play the way they feel most comfortable, and this reviewer went with the left side thumbstick and context-sensitive right side buttons. They just felt better.

The area where PES 2017 really excels is in its presentation. Not only are the graphics crisp and the player animations fluid, but there’s full commentary during the matches and it’s more robust than you might expect. The menus and other UI elements are clean and simple, and the soundtrack is varied and impressive. Those simply aren’t areas you’d figure would shine in a mobile sports game, but they do here. 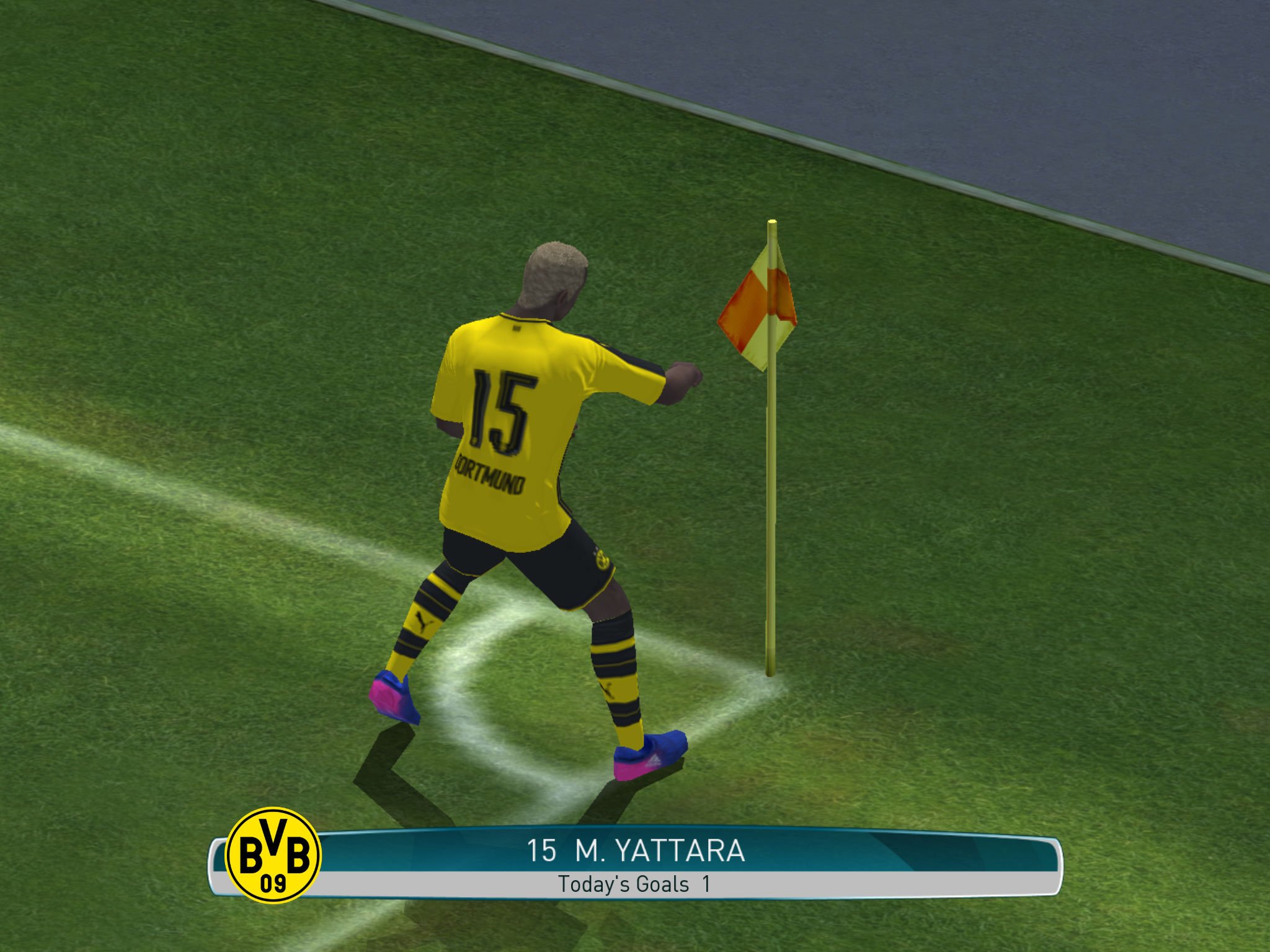 What more could you want from a soccer game? Not much. Maybe a little finer control on the field, but that could be said about mobile sports games writ large. Perhaps a more detailed single-player league system or franchise mode, something that ties you into your created club a little more directly. But those are small gripes in the overall scheme of things.

Instead of focusing on those, it’s much more apt to commend Konami for not punting on the idea that a soccer game on mobile can be every bit as complete as the ones people enjoy so much on PS4 and Xbox One. Add in the fact that PES 2017 is free to download and it’s simply icing on a very impressive football cake.