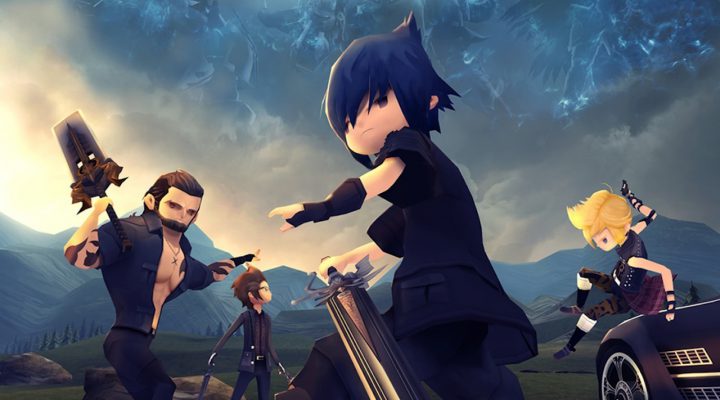 Final Fantasy games on mobile two weeks in a row? Yes indeed, and it’s almost like Christmas in February for fans of the legendary RPG series.

But Final Fantasy XV Pocket Edition is far from the only good new mobile game to hit app stores this week. There’s a really nice crop of new choices across a number of genres and from both the paid and free side of the aisle.

Let’s look at seven titles that could be the best of the bunch.

Well we gave this one away right off the bat, so we might as well lead off with it. Since Final Fantasy XV can’t fit on your phone or tablet as is, this is the same thing but condensed. It keeps the story intact but trims the open world bits and streamlines the combat a bit, and the result is apparently great. It’s free to download but will cost you $19.99 if you want to unlock the entire game.

This game is out or coming out on a variety of platforms, but mobile might be the most natural way to play it. Dandara is one part classic metroidvania and one part blow your mind creativity, and it both looks and sounds great. It’s an expensive purchase for a mobile game, but early reviews suggest it’s worth the price in terms of the amount and style of content it offers.

Frosty Pop Corps always has a few surprises up its sleeves, and this one has a pretty direct mission statement: “If Hunter S. Thompson was head of the art department at the Sega Corporation Ltd. in the early 80s, what would the bonus round in Shinobi look like?” That pretty much says it all, and the visuals are off the wall nuts. Plus throwing stars are always cool.

Sometimes you just need a game that’s going to frustrate you, not because it’s poorly designed but because it’s just difficult. Dig Dog is that game in this week’s batch, a roguelike platformer that is said to offer a serious challenge. With retro graphics and a killer 8-bit soundtrack, you almost won’t mind how often you’re dying. Probably.

Rookie FBI agents really don’t want to be following in the footsteps of Fox Mulder and Dana Scully, but if you do, this game seems like an alright way to do it. More than just a hidden object game, Deep State also mixes in decision-based story bits, a number of different kinds of mini-games, and much more. We’re told you also get to meet Fox and Dana eventually, so there’s that.

Yeah, this looks like just another one-touch game, of which there are plenty out there, but there’s something about Ink or Swim that just suggests there’s a little more to it than most. The graphics definitely are inviting, we dig the theme, and sometimes simple is okay.

It’s been a while since we had our last computer programming class, so much so that we don’t think they even call it that at this point. But in any case, [Exception] is a game that challenges you to defeat the opposing AI by programming the units you have instead of controlling them directly. It’s a unique kind of gameplay that may not be for everyone but definitely deserves to be on your radar.