Home / The Best / New This Week: 10 Mobile Games You Should Know About

New This Week: 10 Mobile Games You Should Know About 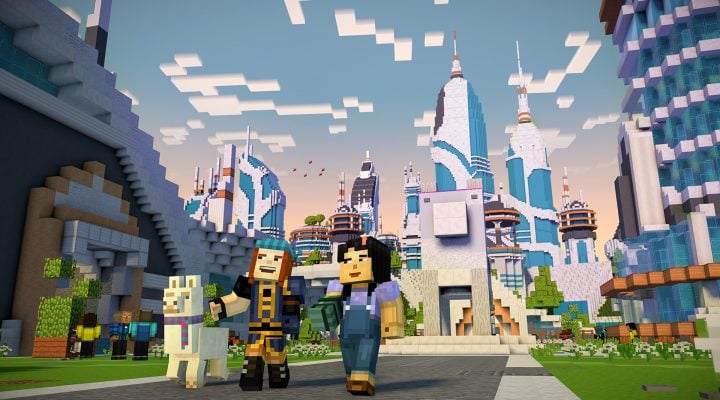 Greetings from the beach! While we don’t all vacation at once here at Gamezebo, we do tend to take some time off during the summer months, and inevitably, a few of us end up by the ocean.

That doesn’t mean it’s time away from mobile games, though. Indeed, if you look around at the masses sunning themselves this year, check out how many of them (with their phones in little baggies in many cases, because sand) are on their phones. Probably checking in on social media and making friends and family wish they were at the beach too, but also playing games.

So here’s to you, beach-going mobile gamers. Your dedication has not gone unnoticed. And for you, we present the most notable new titles you could try at the beach this week, if you’re so inclined. 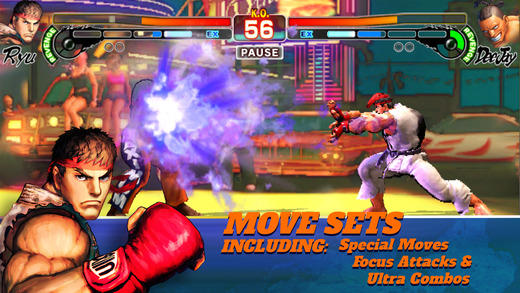 Street Fighter IV has already made two appearances on mobile, but now a new challenger appears. Champion Edition offers updated visuals that fit today’s devices and the largest selection of world warriors seen to date. So many, in fact, that you won’t remember all of their special attacks, but the game actually does a nice job helping you learn all of them. There’s arcade-esque solo play and multiplayer bouts, so there should always be a fight if you want one. Plus if this isn’t quite your jam, there could always be an Ultra Champion Edition at some point. 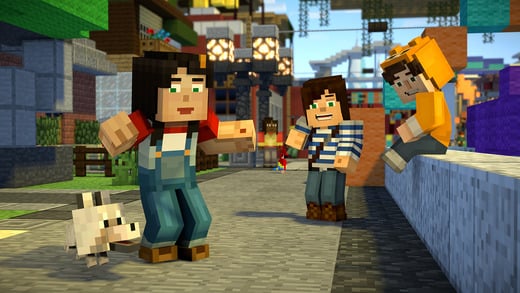 Even if you don’t love what Telltale does with its story-centric games based on big IPs, you have to admit that it did a pretty sweet job of building a narrative for a game that has no story. And even after five chapters and some DLC, it’s not quite time for this tale to end just yet. Story Mode: Season Two will welcome back much of the strong voice cast that made the first chapter so memorable and probably also offer some gameplay twists. If you liked what came before, you’re going to want to see where Jesse and friends go next. 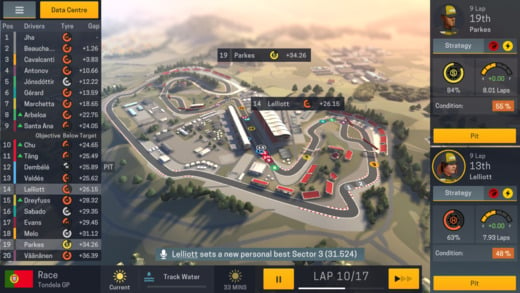 The first Motorsport Manager was one of those sweet mobile surprises, a one-man (or so we think) effort that turned a complicated sport like open-wheel racing into something that was both fun and relatively easy to grasp. This sequel looks fancier and is supposed to have a ton more options when it comes to assembling your team, building your cars and executing strategies on race day, but hopefully it won’t lose the charm of the original. We’re definitely revved up to find out.

A Planet of Mine 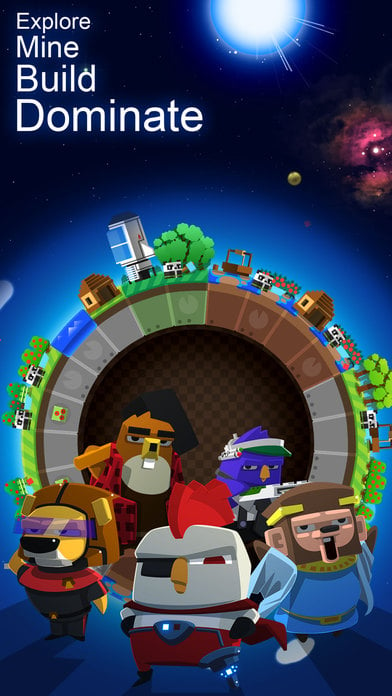 It’s not true that they’ve never made a strategy game that we don’t like, but we will say that we have a lot of time for all kinds of different takes on the genre, and then when you throw block-style characters into the mix, well, you’ve got our attention. A Planet of Mine promises a new experience with every game thanks to its randomly generated “stellar systems” that present planets for you to build and develop as you see fit. Sometimes AI species are trying to build out their own multi-planet empires at the same time, so hopefully you have your negotiating and/or fighting skills sharp. 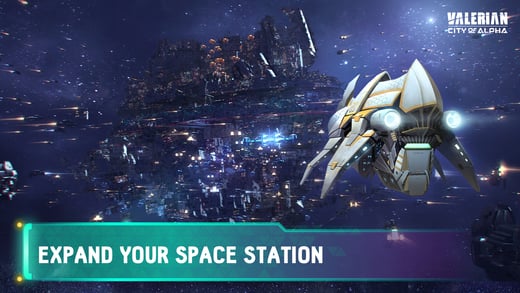 If you’re intrigued by the new Luc Besson film based on one of the most popular French comic book series of all time (or graphic novel series, if you prefer that verbiage), you can get more of that universe in its official mobile game. As you build up the titular city, you’ll get to recruit and train agents, send them on missions and use what they bring back to make Alpha even more glorious. Also spaceships. The movie looks like a visual spectacular, so if this game is even half of that, it should be worth trying out. 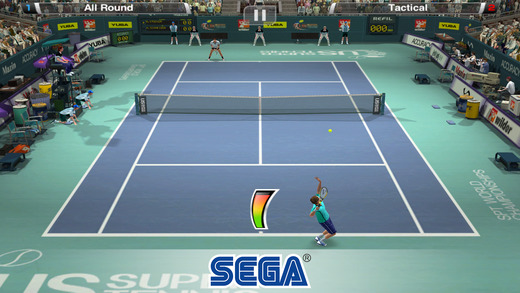 Oh hi, SEGA. We have a question for you: was the idea behind SEGA Forever to mostly do games that have already found their way to mobile? Because that’s what we’ve mostly seen from the program so far, with mixed results. So here we’ve got Virtua Tennis Challenge, which already was pretty good on mobile, with the primary attraction for this newer version the fact that you can grab it for free if you don’t mind ads. If you haven’t played it before, that’s a good deal, but we’d still really, really like some more games that haven’t been on mobile yet. Please and thank you. 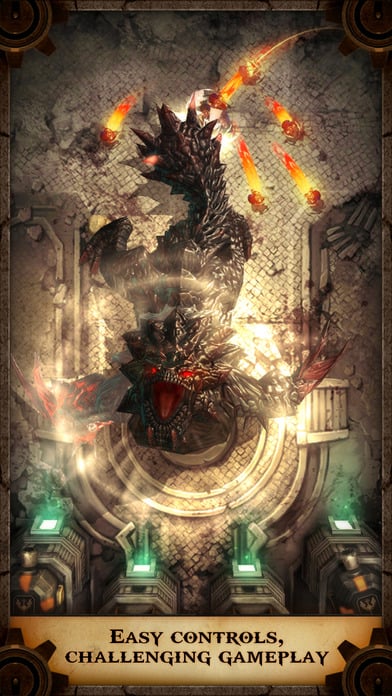 Fantasy RPG pinball? Yes, we’re here for that. Knights Fall has more than 120 stages that will pit you against the ever reliable menace of the Orcs and challenge you in different ways. One-finger gameplay allows you to send large numbers of troops into the fray with just a tap, and the RPG elements surface in things like heroes that you can collect and level up. How does all of this tie into pinball? We’re not exactly sure, but we’re game to learn. 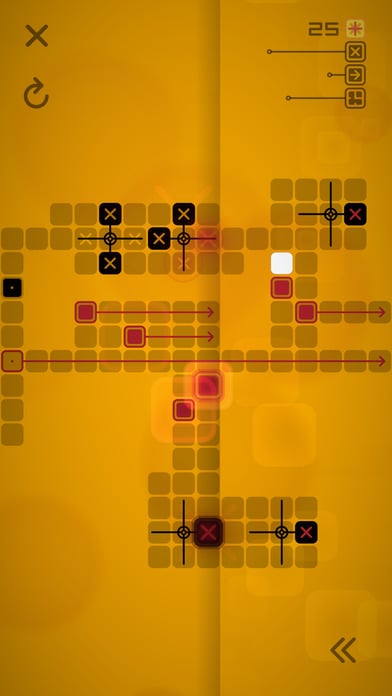 Maybe you’ve noticed that this week’s list hasn’t yet featured a musical puzzle game yet. Bam, Resynth, problem solved. More than one gaming site has noted the Sokoban influence that looks apparent here, but the difference here is that the music is an essential part of the experience to the point where the Resynth app store write-up asks you to consider what a great puzzle sounds like. We also like the idea that you can take your time to ponder things or go faster in order to beat the bonus challenges. 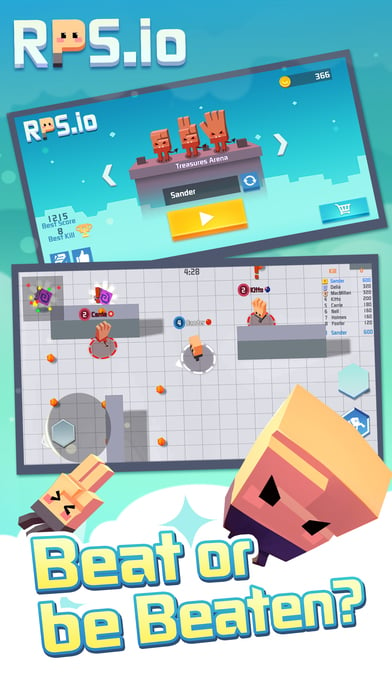 What the … Someone turned the hand gestures from Rock, Paper, Scissors into block-graphic characters? This looks like one of those “so crazy it could be awesome” ideas, complete with a wide variety of skins to make the finger dudes even cooler looking. And come on: everyone secretly thinks they’re a badass at RPS, so this is a chance to prove it. 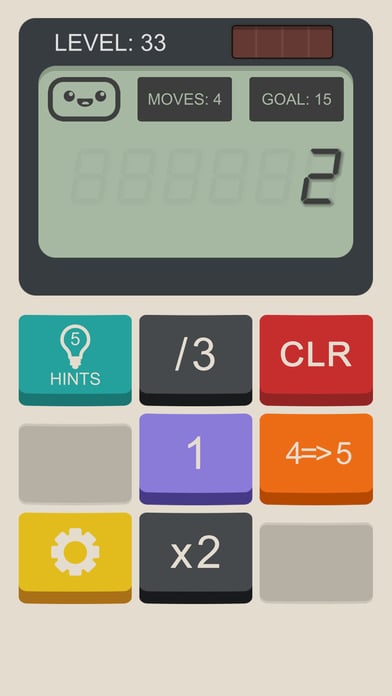 Well, this is confusing. The Calculator app is one thing on our devices we could be reasonably sure was not a game, and now it seems we can throw that logic right out the window. Yet we aren’t mad at Calculator: The Game; not at all, thanks to that cute-looking robot guy and the fact that you’ll have to throw numbers through portals to make the most out of them. Sounds like the good kind of weird we are always seeking.