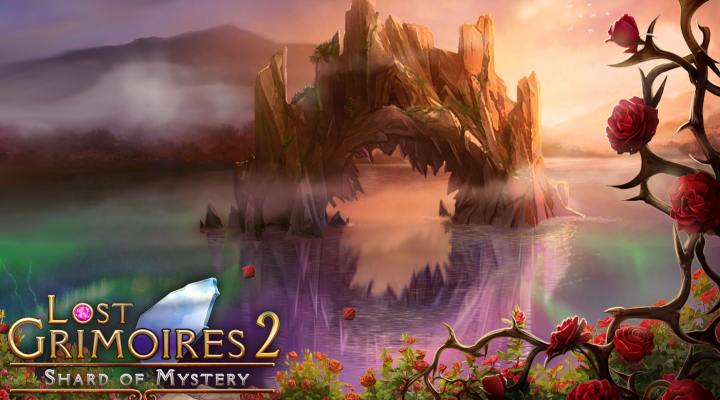 Complex puzzles that keep you engaged without being overly difficult.

Story is a little too predictable.

Long ago, the evil witch Drosera betrayed her own kind and started a brutal war. The battles raged for ages, ravaging the kingdom with her endless magical fury. Eventually the witch was captured and imprisoned, at which point you’d think the story would come to an end. According to Lost Grimoires 2: Shard of Mystery, however, that’s only the beginning, and what happens afterwards is far more interesting.

The hidden object adventure Lost Grimoires 2 casts you in the role of Violet, medic to a king whose health is in a sad state. You do everything you can to keep the nightmares away, but this sickness persists no matter what you prescribe. There’s something ancient and sinister afoot! (Hint hint, Drosera.) The story takes a bit of a backseat once you get going, but there’s still enough drama and detail to keep you on your toes. 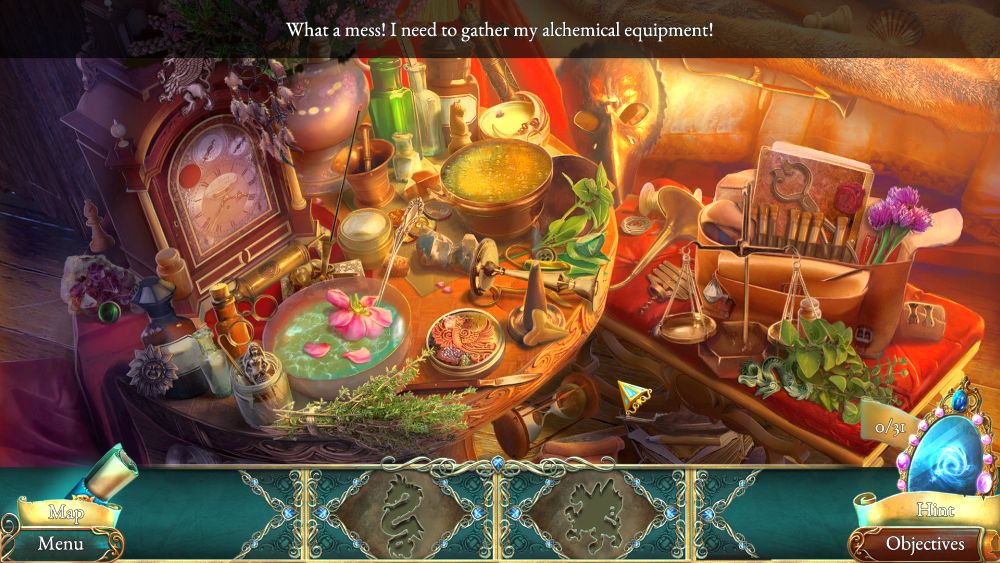 Puzzles in Lost Grimoires 2 send you bouncing back and forth between areas, picking up items and interacting with them to discover new sub-screens that contain even more items. Mini-games are often part of these puzzles, though on the whole they’re short and easy to figure out. Hidden object scenes are similarly quick and straightforward, but no less interesting as a result.

What kind of royal medic would you be if you didn’t carry an alchemy kit? A big part of Lost Grimoires 2 is finding ingredients and combining them to make new spells. Viable items are marked with a little vial icon and can be added to your book at the bottom of the screen. To actually mix the concoction you’ll complete a quick samegame style puzzle, then gain access to a precious new potion. 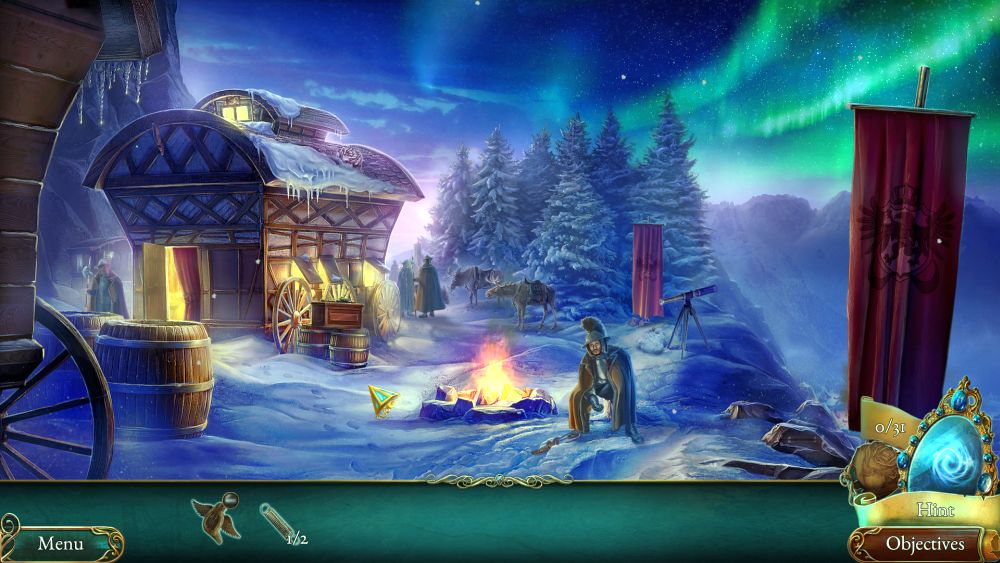 The medic angle is tapped a number of times in Shard of Mystery. You’ll find plenty of puzzles, inventory items, mini-games, and hidden object scenes that focus on the idea of plants and herbal remedies. The nature themes are balanced with a healthy dose of mechanical contraptions, such as the clockwork bird you repair at the very beginning. This lends a nice steampunk vibe to the environmental fantasy world, and it makes the areas you explore feel rich and alive.

Lost Grimoires 2: Shard of Mystery is a rich and full-featured experience from beginning to end. The game is packed with puzzles, mini-games, and just-for-fun diversions that give you plenty of excuses to go off the beaten path. The story is a touch predictable at times, but you’ll be having so much fun playing alchemist you really won’t care.