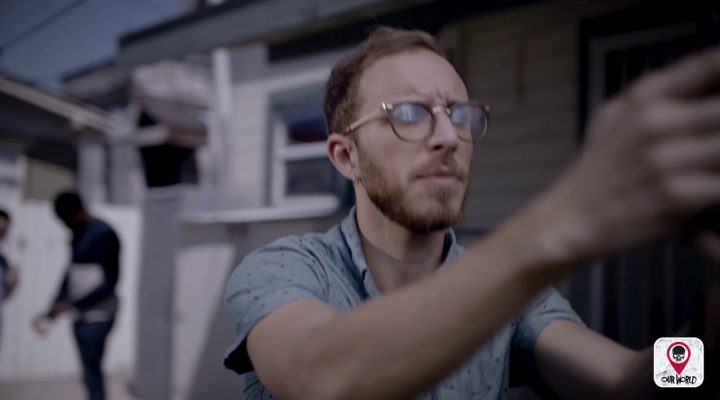 We’ve hit that weird time in the middle of the summer where we’re past the Fourth of July but it’s not really back to school time, despite what retailers would have you believe. And what does the crop of new mobile games want us to do? Go outside, of course.

Well, one of them does, anyway. That would be The Walking Dead: Our World, the eagerly anticipated AR game that replaces the delight of having Pokemon spawn all around you in the real world with the terror of filling it with zombies instead. Wait, wouldn’t that make you not want to walk around? Or are we just big cowards?

There’s other stuff too if you’d rather not try to solve that particular dilemma. We’re talking about RPGs, puzzle games, sports titles, pretty much any genre that will tickle your fancy to get you through the doldrums of this part of the summer. Heck, we prescribe new mobile games for just about anything, really. That’s just how we do.

Let’s get into the new stuff.

The Walking Dead: Our World

Look, we’re not saying that calling this Pokemon GO but with zombies is inaccurate, but it’s not really completely on the money either. The big difference is there’s nothing to collect, except weapons to help you survive, as you have to fight off as many zombies as possible while saving survivors, acquiring more powerful gear and helpers, and dealing with hostile humans. There are some interesting ideas in this one, so we’re hoping they pan out to make an entertaining whole.

Mobile RPGs are a dime a dozen, except maybe even less than a dime since many of them are free. Battleheart 2 is not, but it’s probably worth paying for simply because its predecessor was pretty darn keen when it came out way back in 2011. The sequel promises a dozen different characters to master, co-op multiplayer with up to four total players, big boss battles and much more.

Remember when The Tribez were just trying to make it in prehistoric times? Yeah, that was a while ago, but Game Insight is bringing them into the modern era quite literally in Trade Island. It’s a city-building and business sim as you like it, but it also zeroes in on the lives of individual members of those Tribezmen and Tribezwomen. We’re tempted to write even more just to make more liberal use of our ‘z’ key, but you get the idea.

Talk about an O.G. App Store app. The original Trism literally came out the first day the iOS App Store presented itself to the world, so if there’s such a thing as a mobile launch title, that was it. The sequel is thus a decade in the making, and its return was (kind of strangely) announced in Variety. But hey, we dig it, the more people hip to new mobile games, the better. If nothing else, the sheer curiosity factor for this one should be off the charts, so here’s hoping it was worth the wait.

Oh, you thought we were joking when we told you we were going to keep hitting you with more soccer games until the World Cup was over? It’s nearly complete, with the final taking place on Sunday, which means we still had time to squeeze in this management-oriented game that still allows for quite a lot of individual player control on the pitch, as well as the tactical stuff you’d expect. Plus there’s apparently even media and supporter drama to deal with, meaning this looks like a game that could really be a time sink in all the best ways.