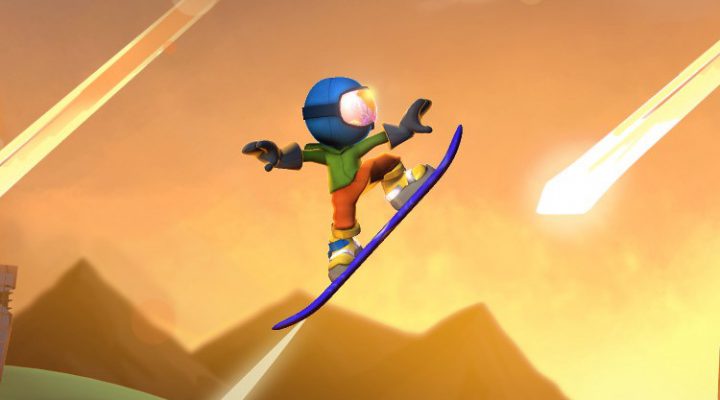 Can any snowboarding game succeed in the wake of last month’s Alto’s Adventure? Noodlecake and Other Ocean are hoping so – and if it helps, RAD Boarding seems to be dripping with cool. We’re hoping it’s Olli Olli on a snowboard and a touchscreen, with a heaping helping of 90’s “EXTREME!” thrown in, but we haven’t gone hands-on so we can’t say for sure. We’ll find out tonight!

When we first saw Criminel at the Next Level Indie Forum in London this January, it was hard not to be impressed. A unique mystery game about crime photography and evidence-based deductions, the game wowed the judges (of which I was one) enough to win the Indie Press Pitch. Will the total package live up to what we saw in that short demo time? That sounds like a mystery worth solving.

While they might not be a household name, the Kieffer Bros. have earned something of a cult following among mobile puzzle aficionados. Tonight they launch their latest, a sequel to 2011’s Blockwick — and it looks every bit as polished as a game with four years to think about should be.

A charming little roguelike RPG that’s received a good response from PC gamers makes its debut on mobile tonight. With three campaigns, 13 dungeons, and 5000 weapons, this one has “replay value” written all over it.

Slitherine is a “go to” name in the world of digital wargaming, so if hex-based historical combat is your thing, you’re probably waiting for their every release with bated breath. Tonight’s will take players back to 1965, as you try to win the hearts and minds of the locals in an attempt to secure a key location on the border with Cambodia.