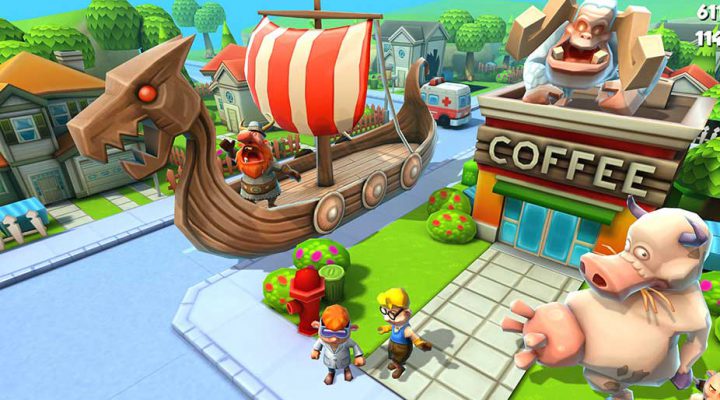 PC ports, long-awaited mobile-first titles, and even a few surprises. Tonight’s new iPhone and iPad games seem to check all the right boxes — and we don’t even know the full offering just yet!

Be sure to check back with Gamezebo on Thursday morning for the full roundup. In the meantime, here are some highlights to whet your appetite.

It was a cult hit among desktop gamers, and it seems like a natural fit for touch screen devices. Will the iPad version of this roguelike adventure live up to our admittedly lofty hopes? We’ll find out tonight.

The creators of Muffin Knight have been working on something… playful, I guess? Toysburg is a quest-based game where players make toys to solve the problems of the townsfolk (by turning them into the toys you’ve made). It’s a strange premise, and one we’re eager to explore.

Here’s an interesting surprise! TouchArcade are reporting that the latest Geometry Wars — which until now was exclusive to consoles and desktops — will be coming to the App Store tonight. This one is the first in the series not made by Bizarre Creations, and it seems to take some liberties with the series. In addition to familiar modes from the past, you’ll be able to circumnavigate spheres a la Super Stardust HD.

If Desktop Dungeons isn’t enough to fill your roguelike belly (or maybe you just want something cuter and funnier), Sproggiwood is here to satiate your appetite. Another indie PC favorite, Sproggiwood draws its inspiration from the world of Finnish mythology.

Like zombies? Match-3? Something kinda unique to both? Zombie Bucket looks like it should give you your fill. This might be the only match-3 game I’ve seen yet that promises lasers and explosions.

13 New iPhone and iPad Games Worth Playing This Week