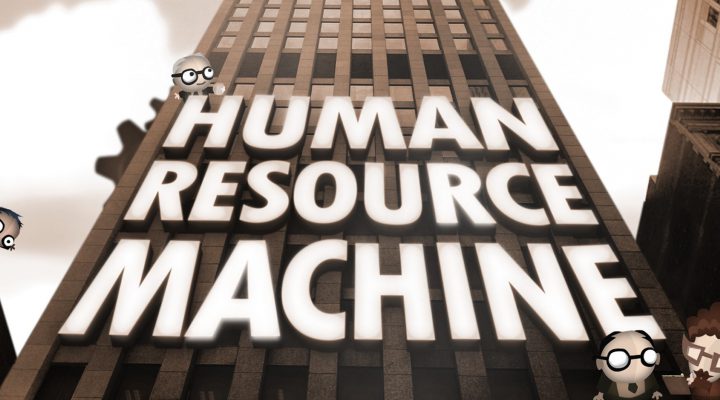 Has its own way of doing things.

Not a match-three puzzler.

If you’ve not played the PC version, then coming to this mobile port is going to be an absolute treat. It’s a smart, engaging, highly compulsive puzzler that does things its own way and doesn’t care who knows about it. Part math game, part programming game, part contraption builder, it’s a melange of brilliant ideas that challenges you from the get-go to think outside of the mobile gaming box. 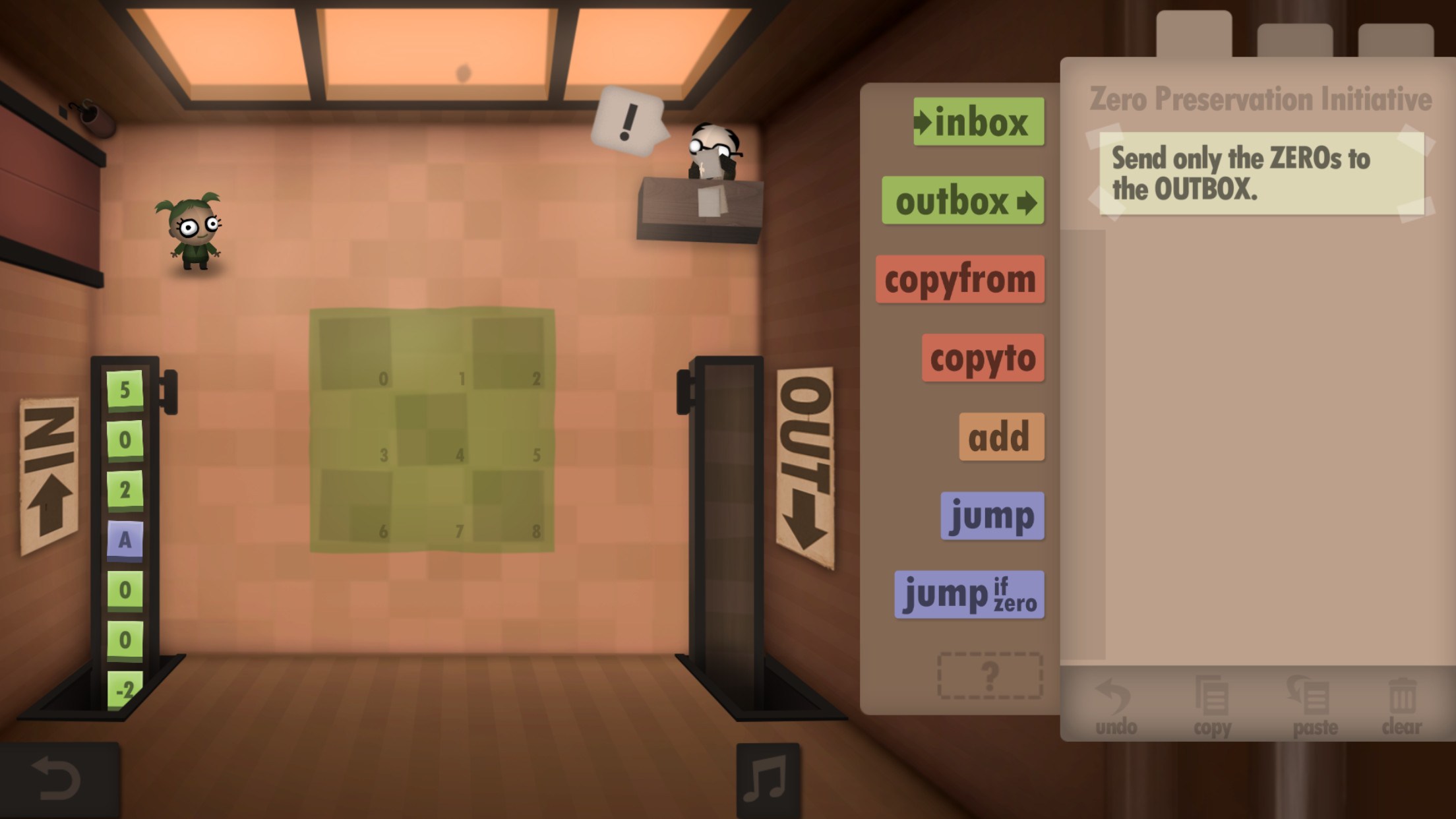 The game casts you as a lowly worker making your way up the corporate tower. Quite literally in fact, as each level is a floor you access through a dirty elevator. As the lowest of the low it’s your job to sort things from the inbox to the outbox. They roll in on conveyor belts, and you have to move them over to a conveyor belt on the other side of the room.

To do this you need to program a series of actions to take. To begin with they’re as simple as adding the inbox action and then the outbox action. You drag them from a list and add them in the order you want to perform them in a list on a clipboard. But after a while you’re adding in jumps to circle to different points of the code. Then the game starts putting different obstacles in your path. You need to add and subtract numbers, put things into the outbox in certain orders, and discard some boxes altogether. 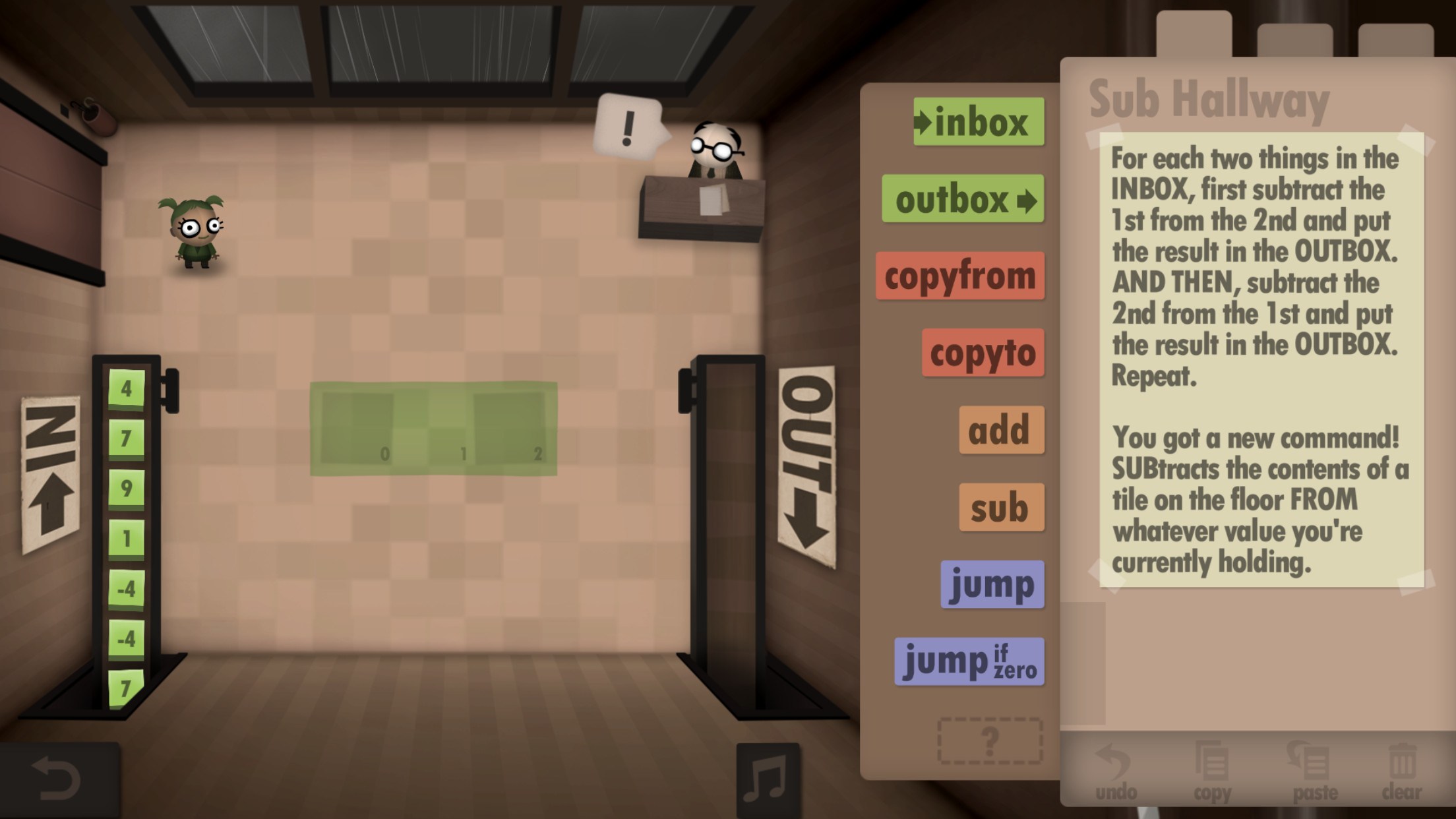 By that time you’re inputting complex strings of actions, you’ll be messing up half the time, then picking apart your creations to see where you’re going wrong. The higher up the tower you get, the more difficult things get, to the point where later levels will have you scratching your head for hours as you try and figure out what to do.

It’s a beautiful metaphor for the drudge of modern working, wrapped around a puzzle game that’s likely to keep you far more entertained and engaged than your actual job ever could. Throw in the fact that the touchscreen controls work pretty damn well, even when you’re creating strings of code that are tens of actions long, and you’re left with a port that sits alongside its PC and Mac cousins comfortably. 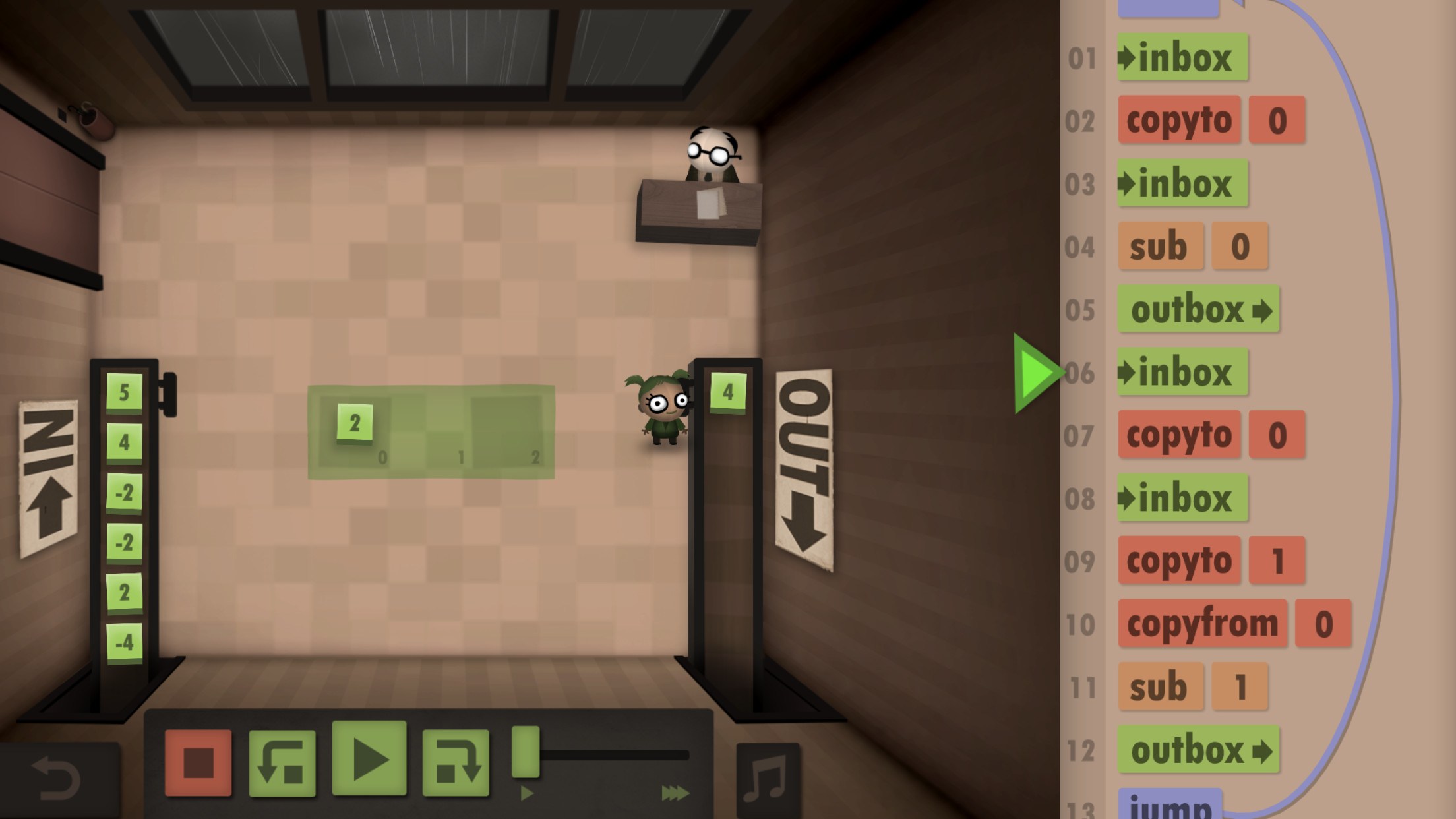 If you’ve already played Human Resource Machine on another platform, then this is a great way to relive those memories on the go. It’s still as intelligent, still as funny, and still as enjoyable as it ever was. And if you’ve never had the pleasure, then this is as good a way as any to play one of the finest puzzlers of the past few years. It’s original, it’s great looking, and it’s unlike anything else that the App Store has to offer.

This isn’t a game that challenges your reflexes or coordination, it’s one that’s proud to go to task on your grey matter. And it doesn’t let up. If you want to get to the end you’re going to have to think in ways you’ve probably never thought before. And in a mobile gaming world dominated by uninspiring match-stuff puzzlers, that’s something that should be cheered as loudly as we can all muster.