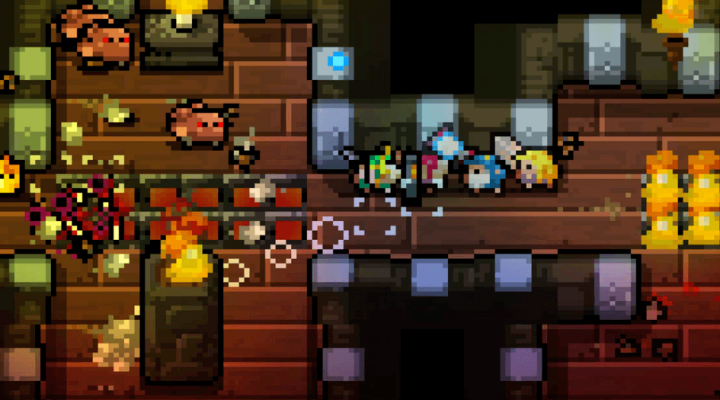 Not as deep as some other dungeon crawlers.

There’s a genuine joy to almost all of Orange Pixel’s games. They’re always bright, always vaguely care-free, and often dipped in a lacquer of pixelated polish that puts most of the rest of the App Store to shame. They’re always fun as well, and Heroes of Loot 2 is no different. While it side-steps a lot of the ideas that its predecessor brought to the dungeon crawler, it adds a whole heap of its own as well.

And the end result is a beautifully balanced experience full of violence, mayhem and things to collect that’ll keep you coming back time and time again. 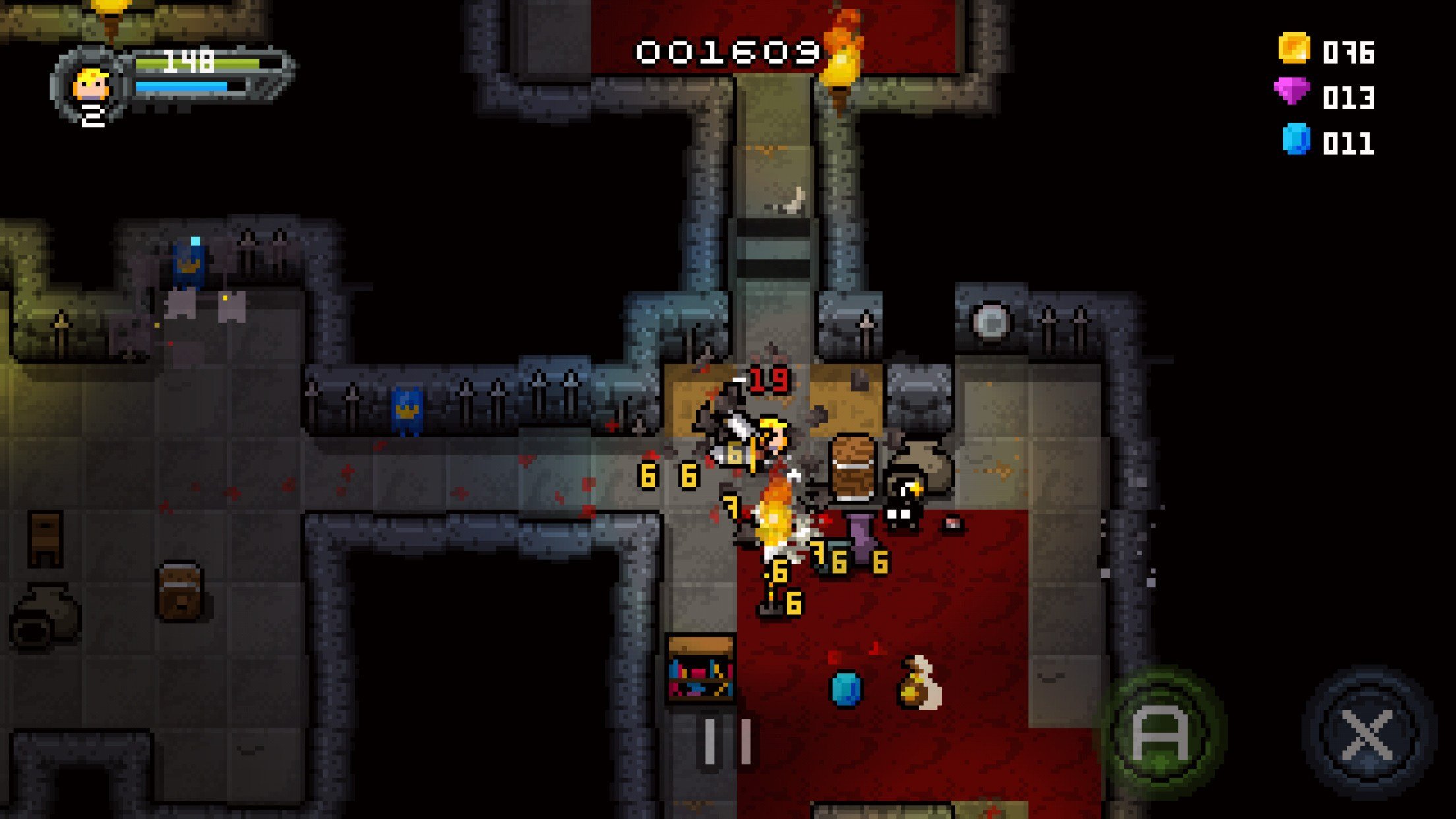 This time around you’re controlling two heroes, and you can swap between them at will. One is always a melee unit, the other is always a ranged unit. They share a pool of HP, so they die at the same time if they take too much damage.

You move around with a floating joystick, attack with a press of one button and swap characters with the tap of another. It’s not the most complex system, and it means you’re ready to jump into the adventuring from the word go — and you’ll want to. There’s a wonderful arcade stomp to the action here, reminiscent of the likes of Gauntlet, albeit an updated version of Gauntlet with a decidedly mobile twang. The levels are short and sharp, and any questing is kept to a minimum. 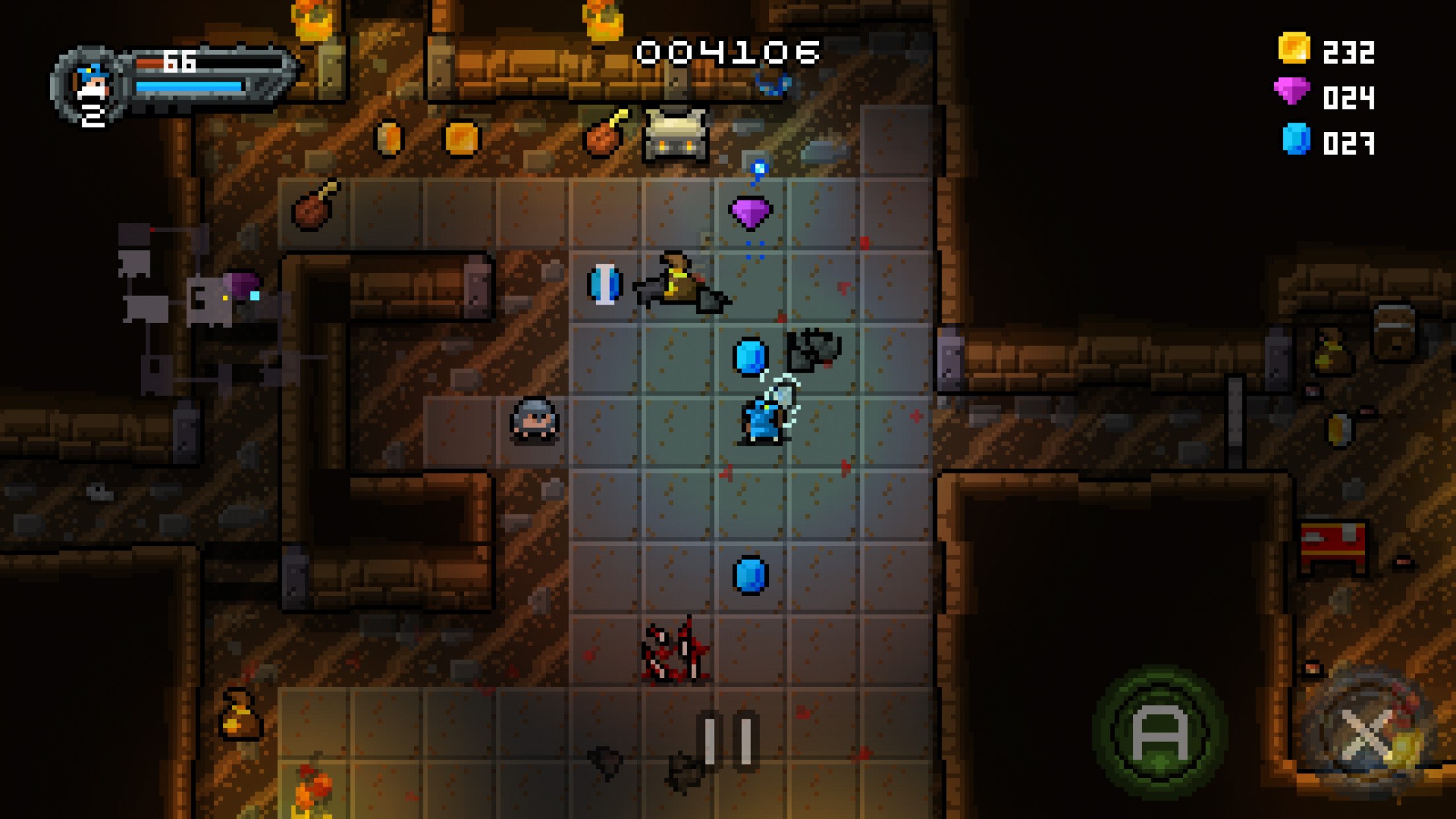 You wander here, you wander there, pick up a key or some other item you might need to get past an obstacle, killing everything that looks at you funny along the way. There’s gold to collect, and you can spend it at shops that sporadically pop up in the randomly generated levels. You can buy potions, new equipment and other things to help you out in your rampage.

There’s no real end game here; you’re just trawling through subterranean caverns finding out what the game is going to throw at you next. And quite often what the game throws at you next is an ignominious death.

Working out how and when to use your two different characters is key to success. Rushing in with a squishy ranger will get you killed quickly, but taking enemies out from range before smashing the leftovers with your melee character works really well. 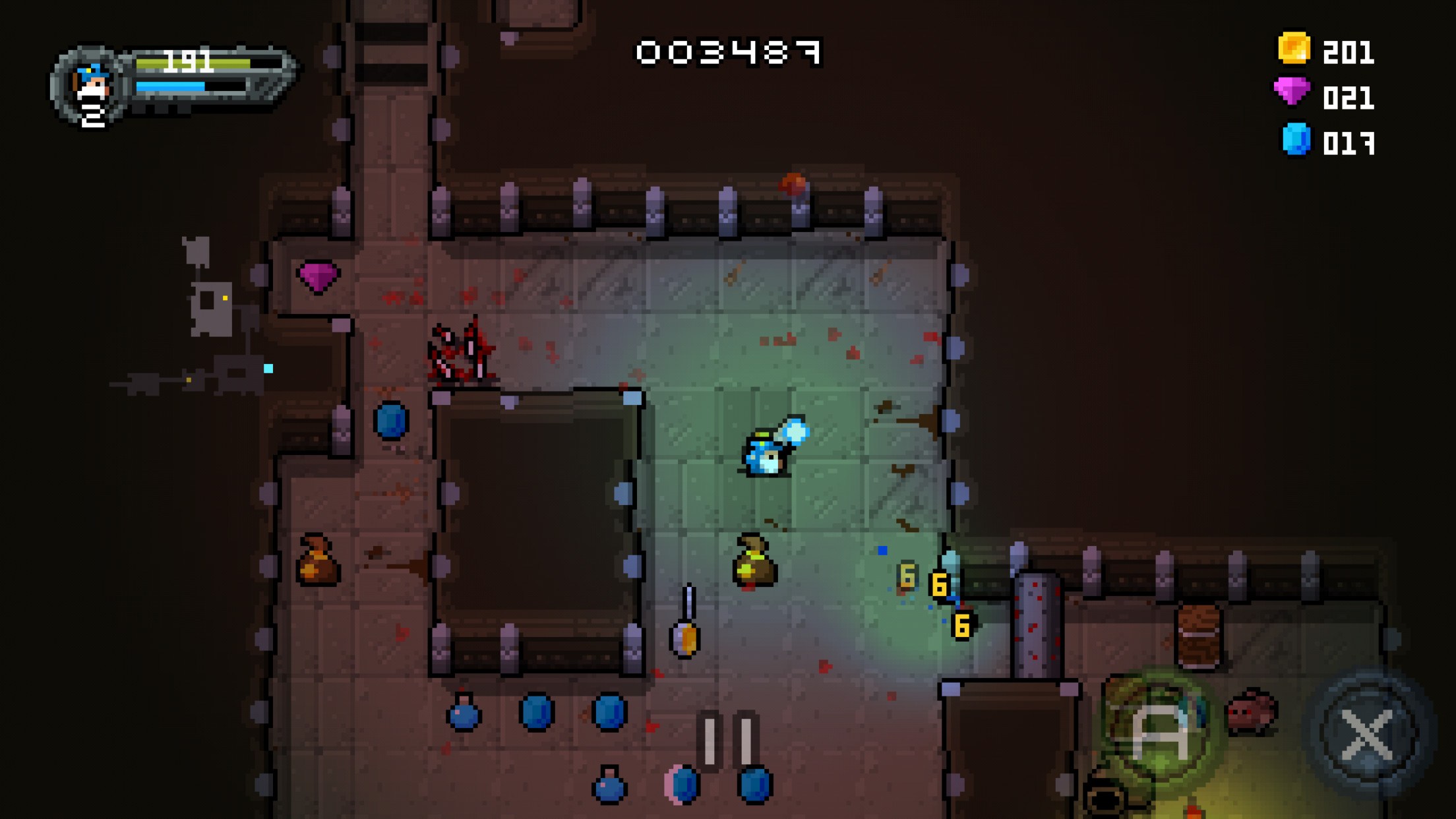 Fans of the original might miss the dual-stick controls, but to be honest, the ones here are an improvement. They add a more solid feel to proceedings, and the character swapping adds a level of strategy that was absent from the first game.

Don’t get me wrong though, this is still a dungeon crawler with one eye fixed firmly on the shooter genre. Circling opponents and pummeling them with magic or arrows is always a solid strategy, and if you get swarmed, running away and picking off enemies from a distance works too.

All in all, Heroes of Loot 2 is a brash and entertaining experience. The action piles on quickly, and while there’s not a whole heap of progression, your player level increases as you hack through the game, unlocking a new mode when it’s high enough.

As mobile action titles go this one sits in the upper echelons. It’s fast, sometimes chaotic, and you’re likely to have a smile spread across your face while you’re playing it.