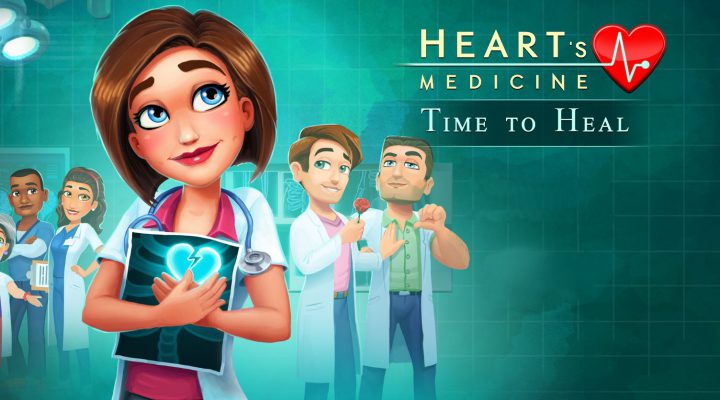 Superb storytelling that feels like a gripping TV medical drama.

Some of the cutscenes don't add much to the overall story.

On a dark road far from the city, an ambulance races through the rain. Inside, two doctors frantically work to stop the bleeding and save their patient’s life. A clamped artery here, a suture there, they do everything they can to keep him alive. But as the vehicle careens off a cliff, they realize their efforts have been wasted. That’s the opening scene to Heart’s Medicine: Time to Heal, and it sets an epic tone for another brilliant installment in the time management series.

Heart’s Medicine builds a moving dramatic story around its straightforward time management gameplay. The core focus is on Allison Heart, a new intern at the hospital who’s eager to start her first day in surgery. The grumpy surgeon doesn’t want her around, however, so she has to work her way through other areas of the hospital before landing her dream gig. While she tries to repair her career, Allison meets and befriends several other doctors, interns, and patients, all of whom play key roles in the story as it unfolds. Just a little drama in-between levels is all you need to stay glued to the screen. 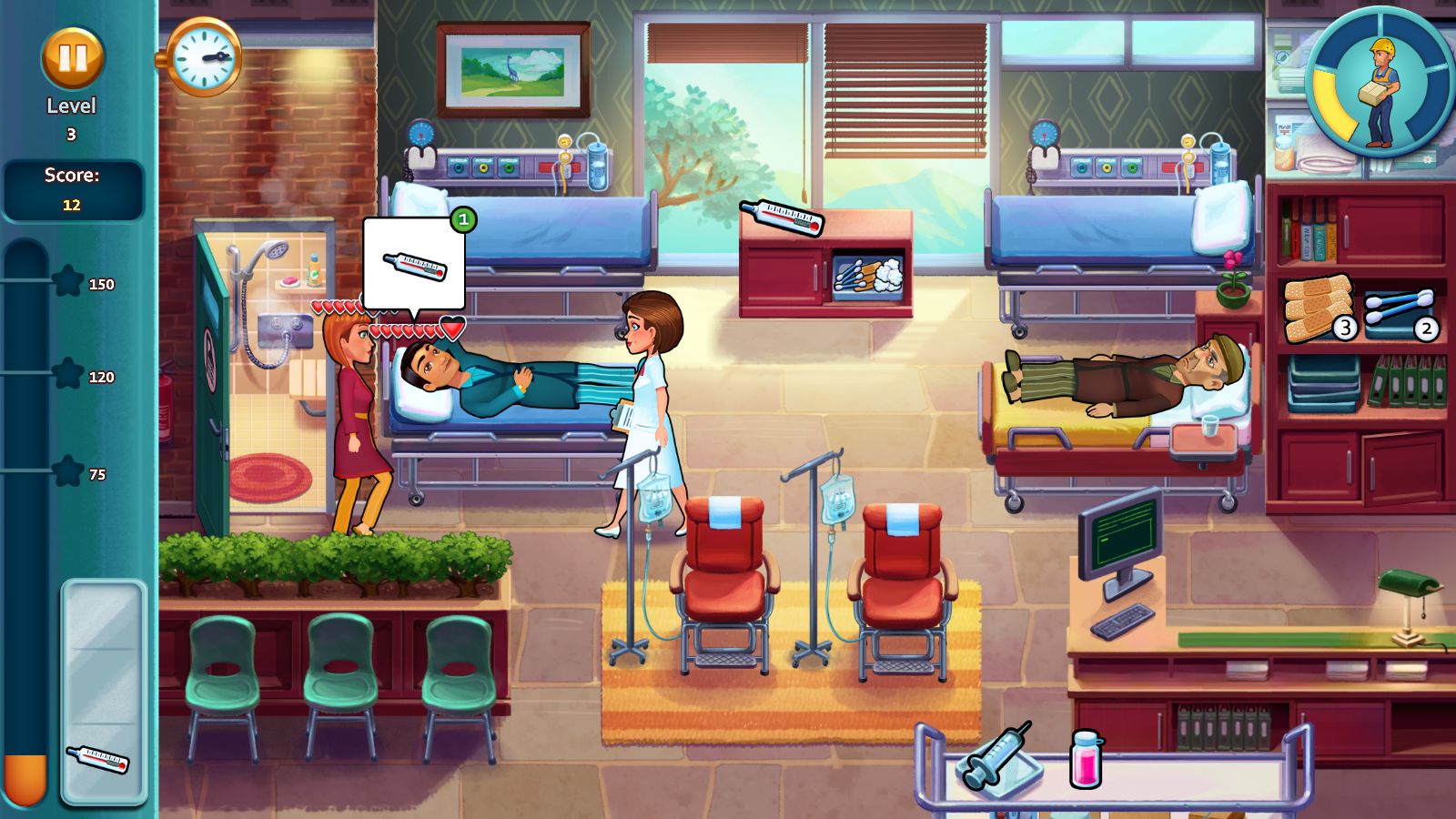 The gameplay in Time to Heal will be familiar to any casual time management fan. All you have to do is click, queue, and let Allison do the rest. Patients enter the clinic and need to be seated. Begin treatment by toting supplies to the sick visitors, things like bandages or syringes full of colorful liquid. Some treatments involve a fast-paced micro-game, like adjusting IV drips or tapping a syringe to remove the bubbles. Once the patient is all patched up, meet them at the computer to check them out and send them on their way. The layout changes as you move through the game, as do the items you’ll use and treatments you’ll administer, but the core idea remains the same. As always, the faster you work, the more hearts each patient will retain, giving you that all-important high score at the end of the level.

The extras in Heart’s Medicine: Time to Heal are worth their weight in stethoscopes. There are upgrades to unlock, a room to decorate, and even a few hidden secrets to find in each stage. Special bonus stages unlock after every few levels, giving you an optional diversion to complete in case you’d like a break from all the medical excitement. Most of them are simple remixes of standard stages with the rules changed around a bit, like only earning hearts by completing combos, but occasionally you’ll get to play something more unique. Emily from the Delicious Emily series even has her own stage where you get to feed doctors in the cafeteria! 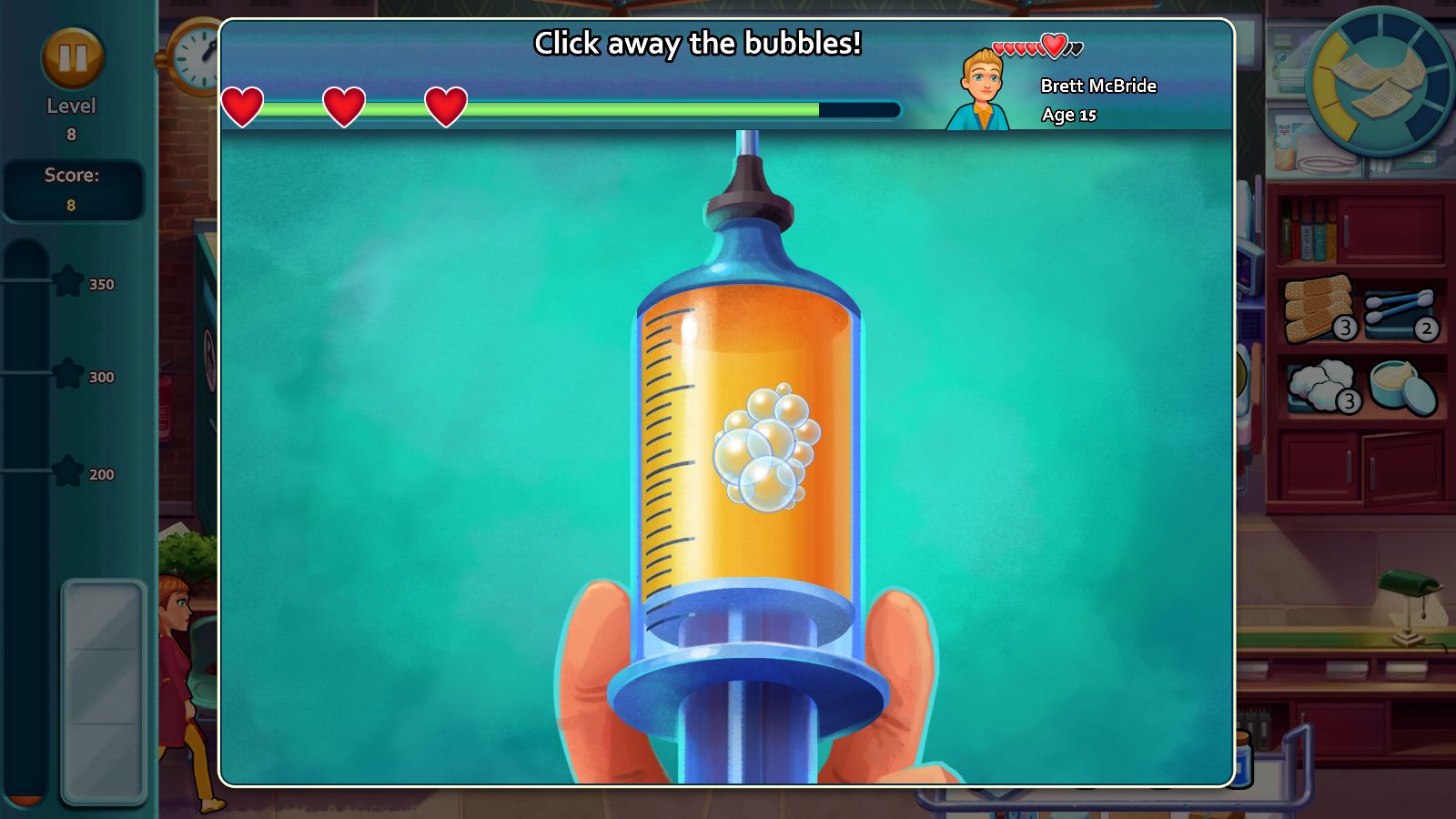 Heart’s Medicine: Time to Heal hits all the right marks for casual gaming perfection. The presentation is top-notch. Everything from the visuals to the music lends itself perfectly to a high budget release. The storytelling is handled remarkably well, building suspense with each short cutscene just like a television show builds suspense with episodes. You’ll be eager to keep playing just to see what surprises the next stage has in store, but you’ll also be eager to hear the next chapter in Allison’s story and find out how that opening cinema ends.