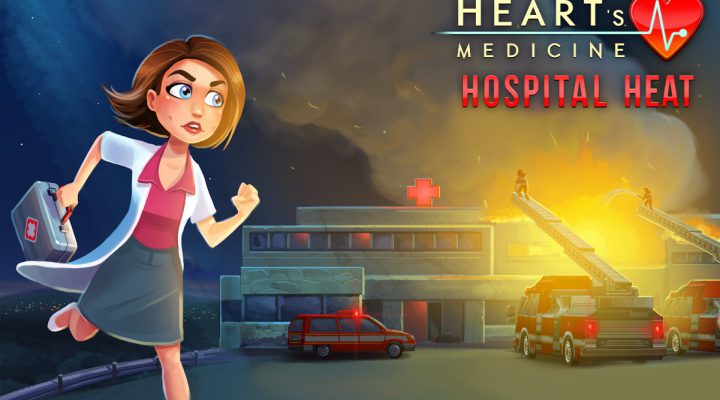 Same stellar production values as the rest of the series.

Gameplay is a little too similar to previous titles.

Heart’s Medicine: Hospital Heat has the most dramatic beginning of any time management game. As the opening cutscene begins, the hospital is on fire. As in, literally burning to the ground. Rescue workers rush to the scene to quell the blaze, but so far to no avail. Only a few people have escaped the hospital alive. That’s when Doctor Allison Heart is dropped in via helicopter to save the day. As she attempts to enter the rooftop door, though, she slips and falls into the fiery abyss…

Heart’s Medicine: Hospital Heat starts with an amazing hook and keeps you engaged throughout the entire game. The bulk of the story takes place months before this fateful fire and follows Allison as she acclimates to the new wings that have just opened up in the hospital. Drama has a knack for finding her, however, and before she can get in an honest day’s work, trouble knocks on the door and says hello. It probably doesn’t help that she’s dating her boss, either. 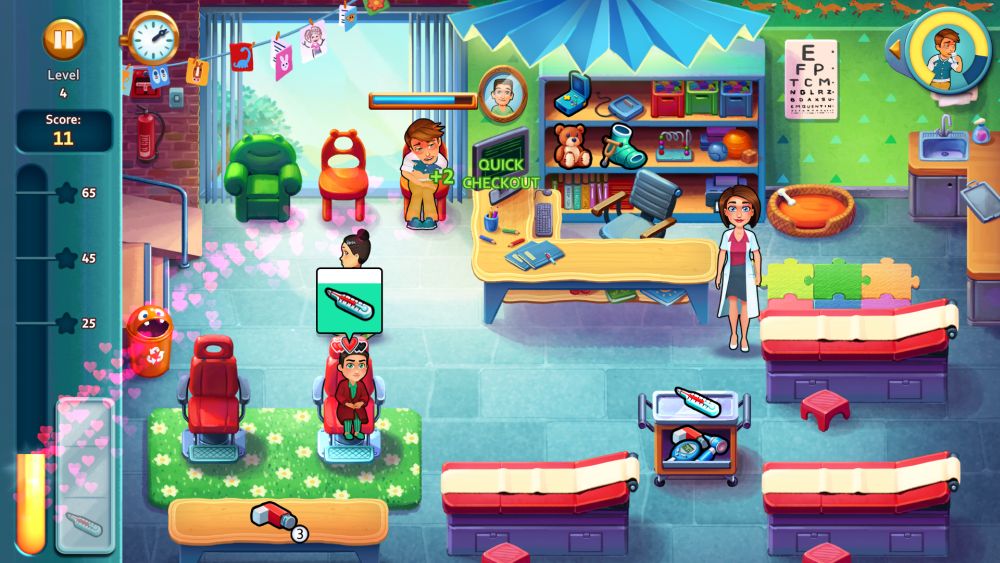 Outside of its tense storyline, Heart’s Medicine: Hospital Heat is a solid time management game that closely follows the layout established by the previous title in the series. Sick patients walk in and take a seat, each with a little thought bubble showing the treatment they need. Click to move them to the appropriate station, then deliver any medicine or supplies they request. You’ll bring things like thermometers, toys for the kids, asthma inhalers, or just teaspoons of cough medicine. Most items are quick click-and-grabs, but some require a bit of assembly beforehand.

One of the best diversions in the Heart’s Medicine series are the mini-games. Instead of just clicking to make patients better, you often get to perform quick routines to patch them up. These include manually wrapping bandages around injured arms, cutting open casts, measuring little children’s height, and even listening with a stethoscope by clicking in certain spots. The mini-games only take one or two seconds to complete, but they’re exactly the right kind of diversions that keep you playing long term. 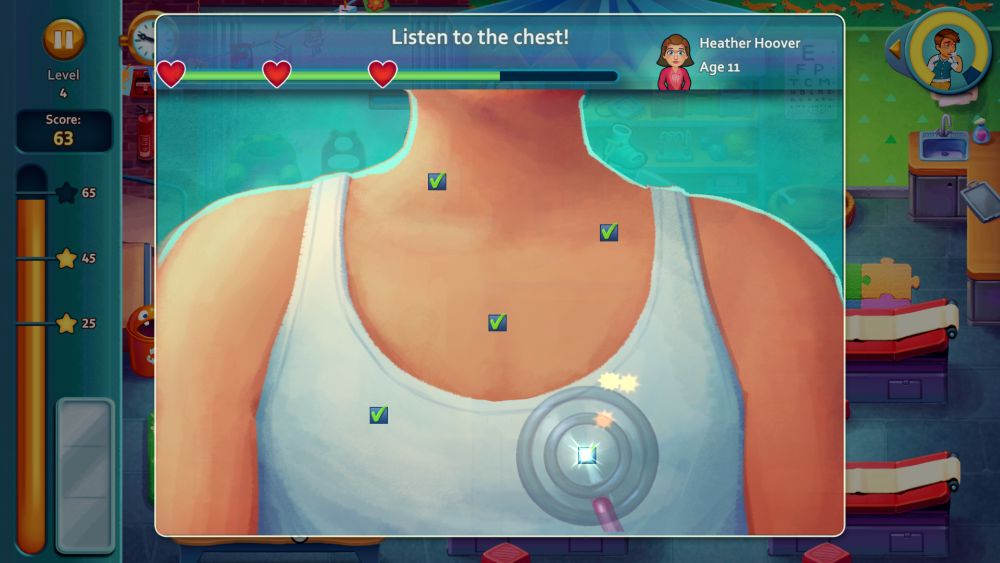 Each level is scored on a star system, racking up bonus points for the faster you work and the bigger combos you create. You’ll also nab diamonds for completing challenges and bonus stages, then use those diamonds to give Allison’s apartment some much-needed upgrades. We’re not talking luxury extras, by the way. This poor doctor has a kitchen the size of a tray table and lives between two of the noisiest neighbors ever. She just wants a decent night’s sleep!

Heart’s Medicine: Hospital Heat looks wonderful and plays like an absolute dream. The time management action is perfectly balanced to keep you struggling to keep up without causing you to fail out of frustration. The upgrades are useful, the extras are worth collecting, and the characters draw you in with their dramatic life events both big and small. It’s another top notch entry in the series that pulls you in you from the start and never lets go.