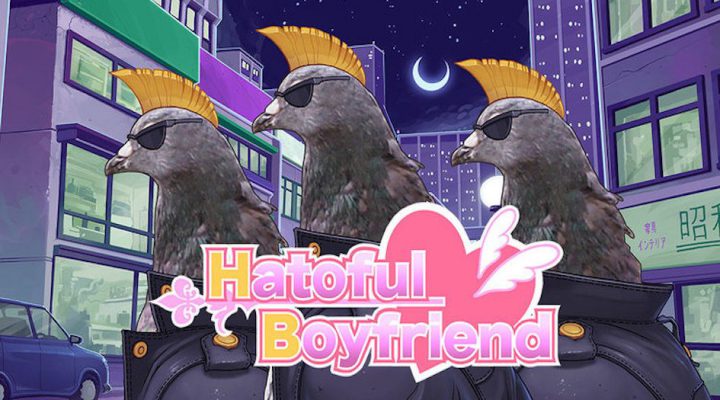 Hatoful Boyfriend is utterly wonderful, and more than a little bizarre. It’s no good if you want explosions galore or a plethora of puzzles — as a tale of romancing birds though? Well, there’s nothing else quite like it.

Ok, there’s nothing remotely like it, but even if there was, Hatoful Boyfriend would still be pretty great. It’s that game that you never knew you needed, but I promise, you absolutely do.

You’ve been accepted as the only human student at the St PigeoNation’s Institute, a school for talented birds. It’s as absurd as it sounds, but much like any regular school, you’ll be splitting your time between class and finding love. You might be human, but the birds can still very easily fall for you. What unfolds is a visual novel based tale of flirting and lust. 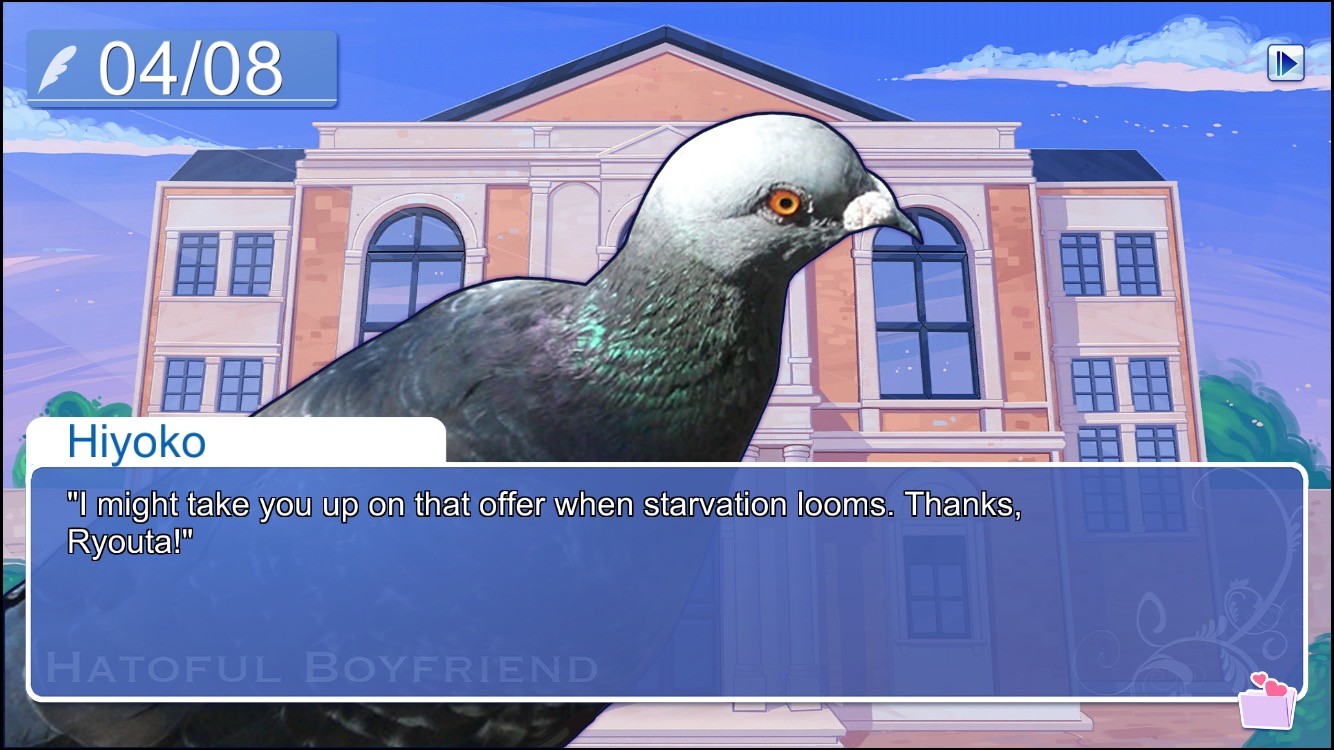 That means that there’s a ton of reading to do. You can easily spend 10 minutes or more reading through the story before being presented with any decisions to make. It’s a charming tale though, because Hatoful Boyfriend knows it’s quirky. You’ll enjoy various amusing jokes and tongue in cheek moments as you get to know the birds within your school. After all, this is a school called St PigeoNation. Did you really think it was going to be deadly serious with its conceit? Of course not! This is a game that revels in its light-hearted nature.

Decisions generally relate to things like what class to attend. By attending different elective subjects, you can increase your stats. These then tie-in to what your suitors might appreciate most about you. There are also many times when you can choose to side with a particular character, which leads them to liking you a little more. It’s fun to play around and get to know each character in some way, with you soon warming to certain pigeons more so than others. 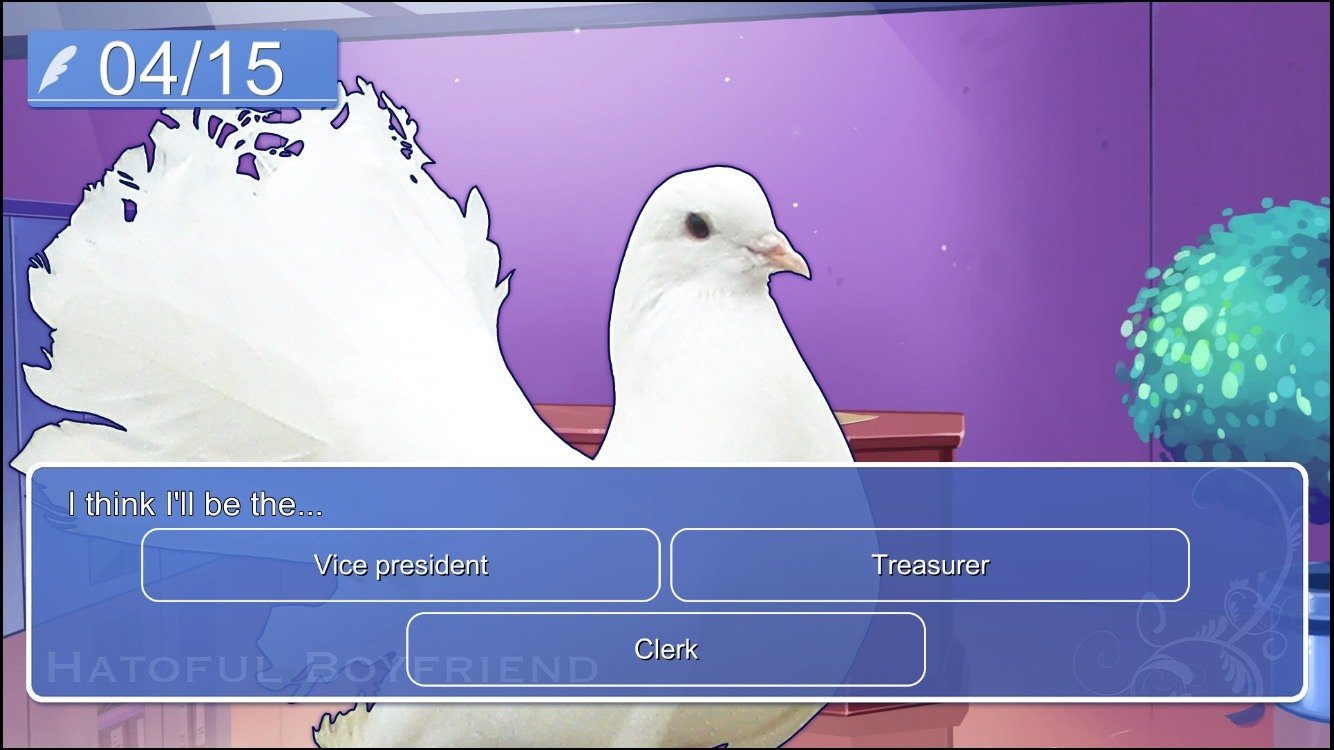 Hatoful Boyfriend contains multiple different endings, so there’s plenty of reason to keep playing. Some of these endings are far happier than others too, with the odd detour really proving to be quite bleak. Mostly though, this is a pretty light and fluffy take on the typical dating sim genre. It’s a lot of fun too, as you’d expect from any title that can provide you with the ‘threat’ of pigeon biker gangs.

Rather fortunately, you can always opt to skip some of the dialogue by setting the game speed on high. You won’t want to do this early on, as the fun of Hatoful Boyfriend is getting to know the characters. If you’re desperate to replay simply to see a different ending however, it’s ideal for when you want to skip past a sequence you’ve seen before. Otherwise, Hatoful Boyfriend is mostly a slow-paced experience. That can be a double-edged sword depending on your attention span, but there’s no reason why you can’t play through it bit by bit rather than in one full session.

This iOS version of Hatoful Boyfriend also bundles in an extra scenario and ending, meaning there’s a reason to replay it if you’ve already enjoyed earlier versions.

Once upon a time, you might have thought this concept was utterly absurd. You’d have been right — but it’s the kind of absurd that’s immediately loveable. It’s hard to not be warmed by Hatoful Boyfriend’s charming visuals and the quirky storytelling, and who knows? You might just find love after all.