Home / Reviews / Ghost Files: The Face of Guilt Review – Gumshoe on the Loose 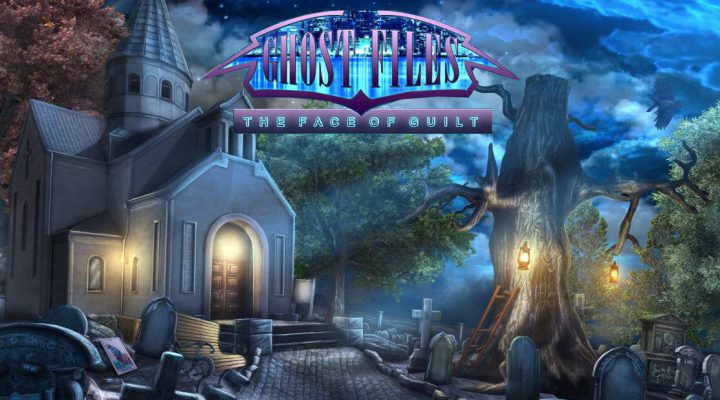 Some hit and miss voice acting.

A few click spots are extremely difficult to find.

Ten murders with no suspects and a serial killer with a catchy name. You might be a pretty good police detective, but even this case is a bit much to handle. The murderer is about to strike again, so you dash out to meet the potential victim before it’s too late. The killer is always a step ahead, it seems, but fortunately you’ve got a few nifty tricks up your sleeve.

Ghost Files: The Face of Guilt is a casual adventure game that takes place in the dark and gritty semi-noir setting of… modern day Boston! Gun and badge in hand, you’re out on the streets chasing down The Guilty Man before he adds another victim to his list. All you’ve got are a handful of clues and your own wits, which will hopefully be enough to outsmart this clever killer as he drops obstacles in your path to slow you down. Say goodbye to contrived riddles, Ghost Files is all about immersive and organic puzzles from beginning to end. 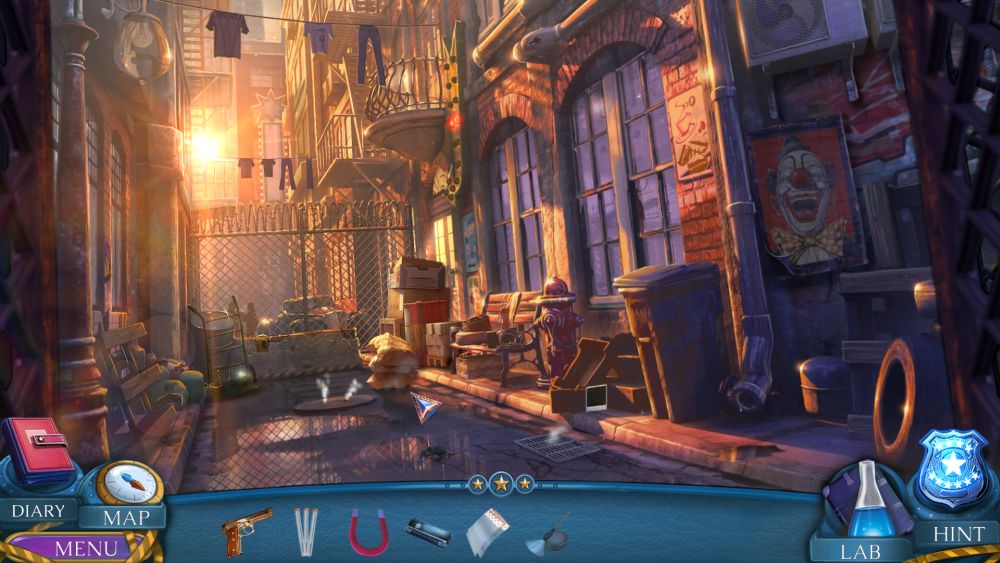 Hidden object scenes feel the slightest bit out of place in this police drama, but they’re a far cry from pulling you out of the world. Each scene drops a cluttered area in front of your face with a handful of objects listed in text or as outlines below. A good portion of those objects are interactive, challenging you to slide, shift, arrange, or assemble things to create the item you need. Once you click through and find everything you need, it’s back to the main adventure. Serial killers aren’t going to wait while you solve puzzles, you know.

Now let’s talk about forensic analysis. Before you leave the police station you pick up a little lab kit that goes wherever you go. It’s good for analyzing things like fingerprints or blood samples, all without having to wait for lab geeks to do their science thing. Handling each of these evidence types is a slightly different affair, but the basics are to collect some samples, prepare them, stick them under a microscope, then ta-da, you’re a detective! Lab analysis is sort of trivial to carry out, but it’s an amazingly entertaining part of the game. Makes you feel like a real detective. 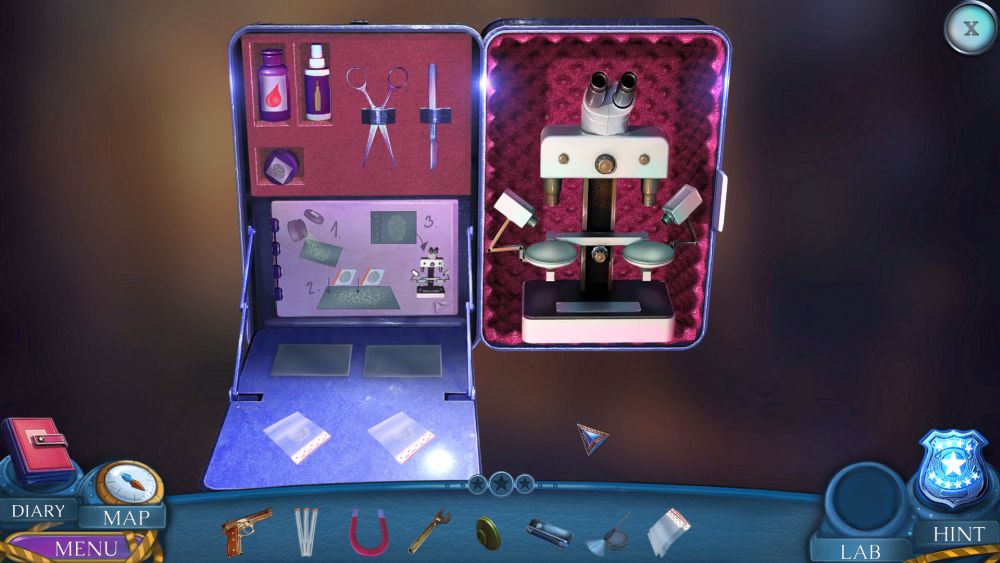 Ghost Files does a fantastic job setting up an intriguing atmosphere. From the get-go you’ll feel like you’re inside a cop drama from the early ’90s, complete with all the grit and mystery a television show can muster. While some of the voice acting in Ghost Files trip over their own lines, the main character is spot-on and really picks up the slack. It sounds strange to say it, but this casual adventure game is a character drama set in a police detective’s world, and it doesn’t betray its puzzle solving roots to accomplish that, either.

Ghost Files: The Face of Guilt is understated but incredibly good. It skips over most of the usual hidden object game gimmicks in favor of good old fashioned detective work. It’s not a perfect game from head to toe, you’ll be so engrossed in the atmosphere and tension you won’t even care.