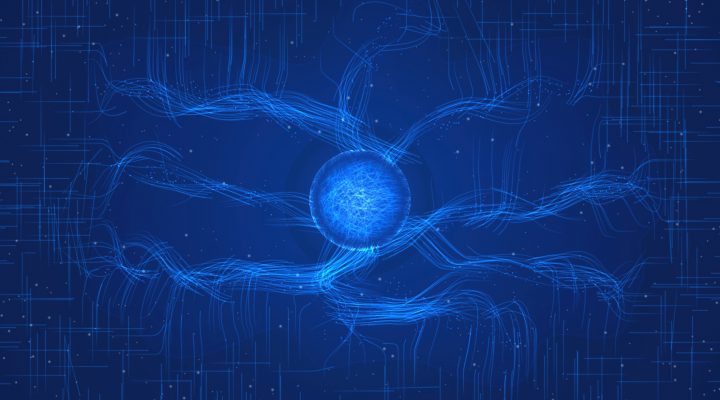 Open-ended experiential puzzle with many ways to "solve"

Short experience from beginning to end

No hints or skips if you get stuck

I remember well the early days of coding websites, when we could add a mousetrail that would follow a site visitor’s cursor around the page. Whether it was sparkles or bouncing balls, there was a magical delight in surprising a visitor with this small feature that acknowledged their presence through responsive movement. More than 20 years later, I was reminded of that simple pleasure as I swiped my finger around my screen, playing Frost. How delightful it still is to have something gently trail your gestures and move just as you do. But how far we have come in the alluring art of pushing and pulling pixels. 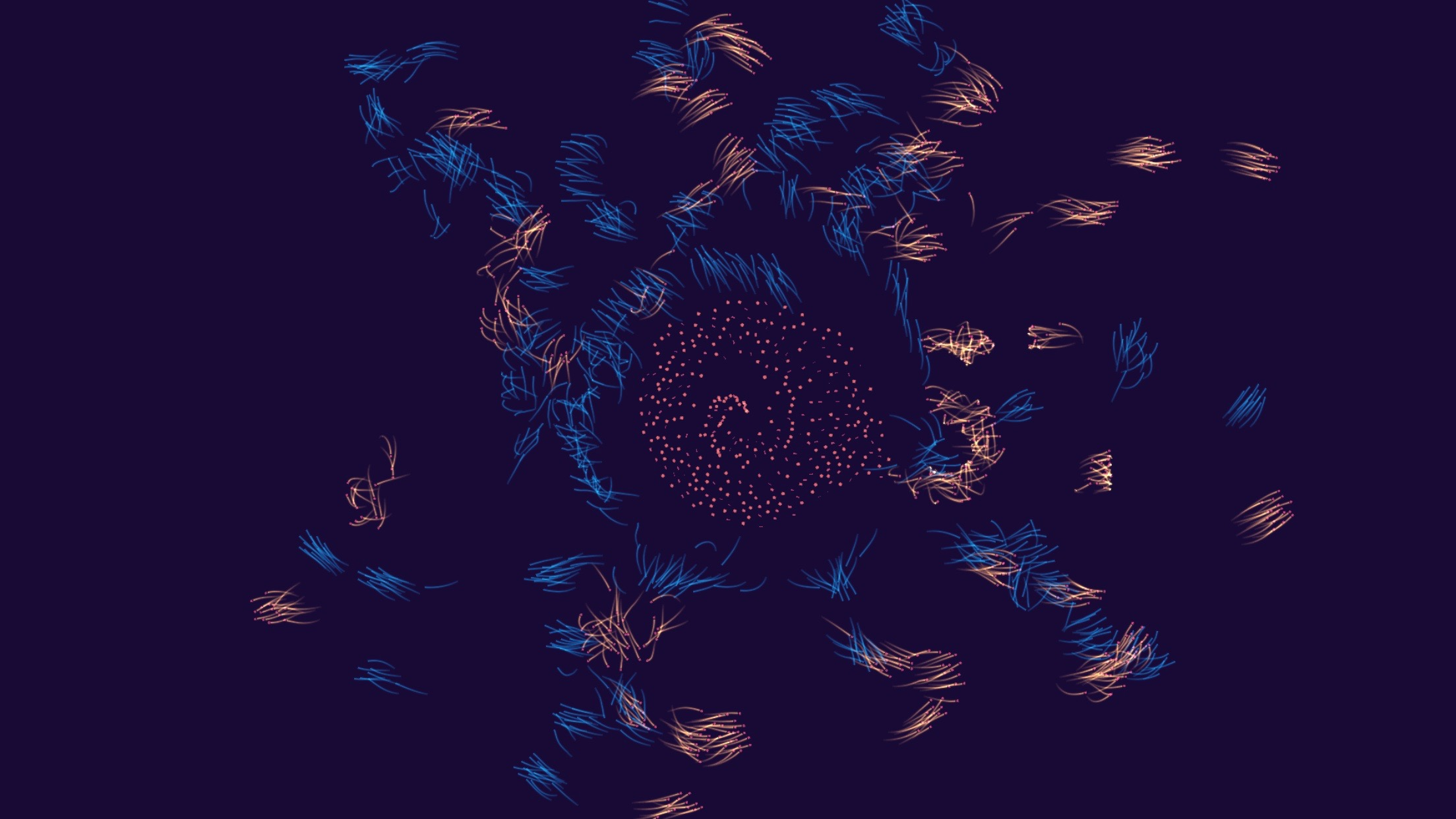 According to the minimal game description, the premise of Frost is to “guide the flocking spirits to their home planets.” But hidden within those sparse words is an exceptional game experience that comes along all too rarely, and I’m grateful to have participated in it. There are no explanations or instructions outside of a small illuminated hand that occasionally provides some positional guidance. Simply put, with each level you must swipe to lead glittery swarms toward glowing orbs, filling each orb with the stream. Each environment includes different types of obstacles, such as electrified grids that cannot be traversed or beams of light that slash through particle streams. Some swarms follow your trail, others avoid it, some require the stickiness of other groups to lead them to their goal. 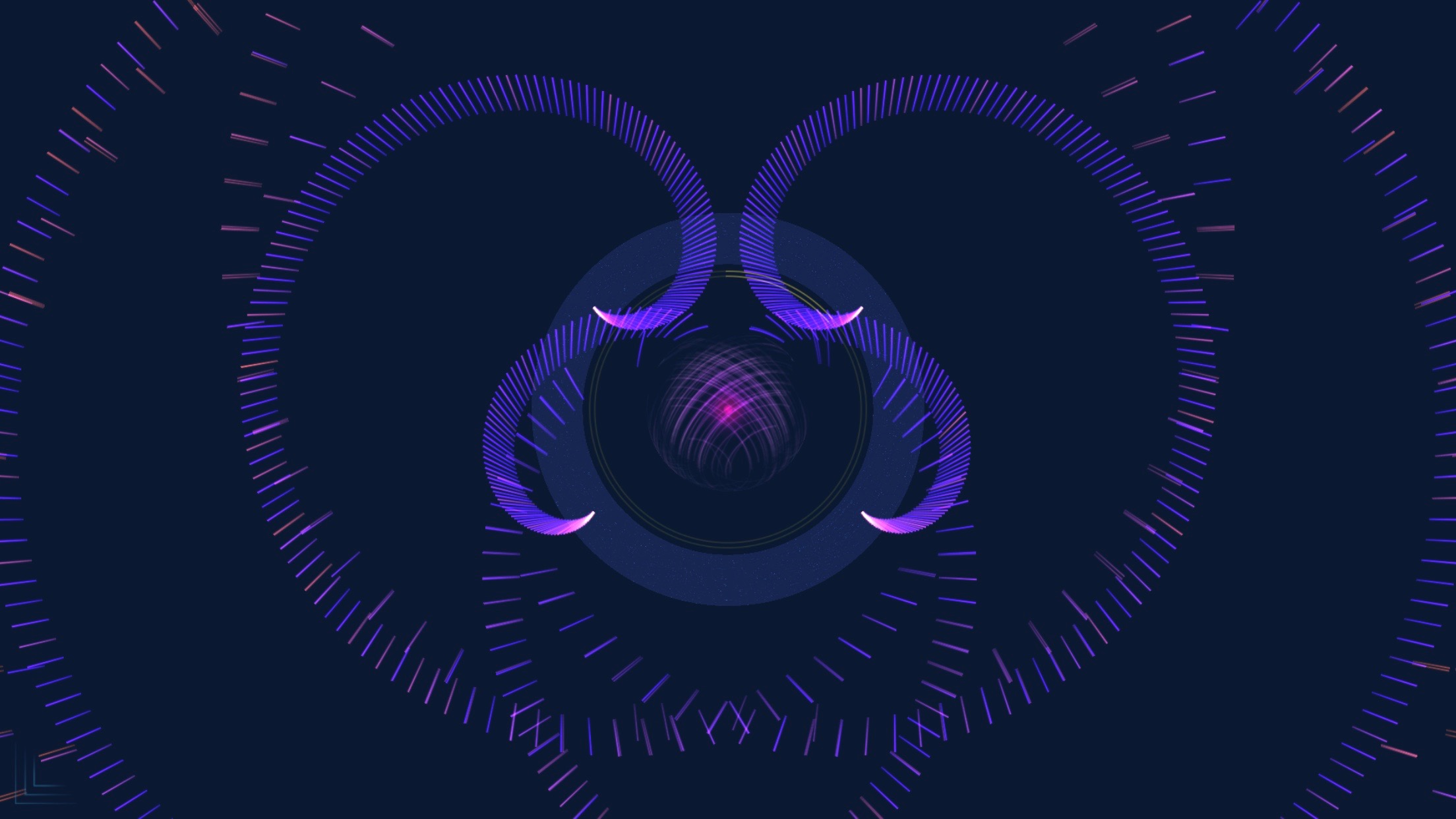 The graphics are spectacular and will take full advantage of your processing power as might be expected when you have thousands of particles reacting independently in real time. It was smooth and responsive on an iPhone 8 Plus, clearly optimized for current devices. The sound effects are restrained, with tonal chimes, light sizzling, and other subtle audio clues to confirm that your choices are helping you progress. Frost is calm and mellow, with a perfectly paced difficulty progression. New mechanics are introduced every few levels in a puzzle that is relatively easy which then will be followed by a more difficult exploration of that new type of movement or response. As the game advances, each new way of attracting or blocking or rerouting reveals a new physics system that is unexpected and ingenious.

It is in these surprises that the enchantment of Frost takes hold. As I was playing, I felt myself spontaneously smiling when I found a solution, watching particle streams do what I wanted of them. Frost elicits pure enjoyment. Unlike many puzzle games, the constraints are not frustrating but instead inspiring, and require an open and creative approach to solving them. It’s such a pleasure to interact in each scenario that I often found myself slowing down my progress and moving just to see what would happen, rather than toward my actual goal.

I do truly hope the creators add more levels. Playing straight through, Frost would likely take a day to finish, though with no hints or skips if you get stuck, certain levels might extend that timeline depending on how patient you are. Frost is a premium game with a higher price at launch than many other options in the App Store, and that might cause some to be wary of the purchase. However, the intense beauty and satisfying problem solving of Frost exemplifies why we play mobile games. The game is absolutely worth the investment and I hope to see much more of Frost and more from its creators in the future.

9 New Mobile Games You Need on Your Phone This Week