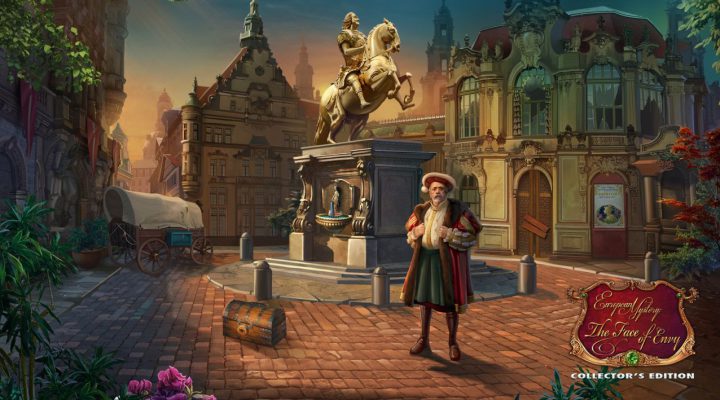 Great story with a nice balance of believability and supernatural elements.

Even with location changes, a lot of the scenery feels too similar.

Someone’s stealing jewelry from rich people! Ok, that might not sound like such a horrible thing, but the thief is somehow making the victims fall gravely ill after taking their possessions, and that’s not cool. Some sort of magic is at work in old Europe, and you’re just the seasoned detective to find out what’s going on.

European Mystery: The Face of Envy is a detailed and well-built hidden object adventure that takes you through the streets of Rome and beyond. Your job is to track down the thief that’s terrorizing the noblemen and ladies of the city, leaving them penniless and ill with a mysterious affliction. It starts with a few vague clues and quickly moves to matters more serious, perhaps even supernatural! 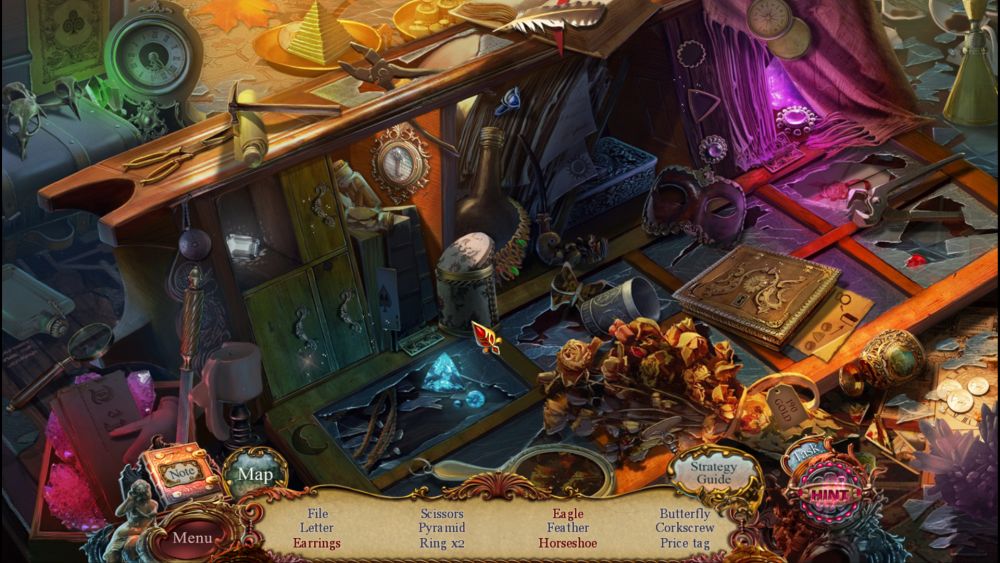 Most of your adventuring time in European Mystery: The Face of Envy takes place in the town and countryside, sifting through rooms, talking to characters, and solving quick riddles. The game encourages a lot of exploration with its wealth of zoom-in locations and back and forth puzzle solutions. Item uses are almost always logical with very little mental overlap between objects. Most of the time it’s “oh good, I needed that” instead of “so, maybe this is useful, I can’t quite tell”.

European Mystery has a fascinating blueprint system that lets you use crystals and gemstones to create items out of thin air. Every once in a while you’ll pick up a stone that displays irregular properties. Adding it to the jewel box near your inventory will allow you to use it to color in blueprints that you get throughout the game. Click gems to color in areas of the page, then shine a light through the correct stone to bring it to life and use it to solve a puzzle. It’s the perfect semi-supernatural addition to the game. 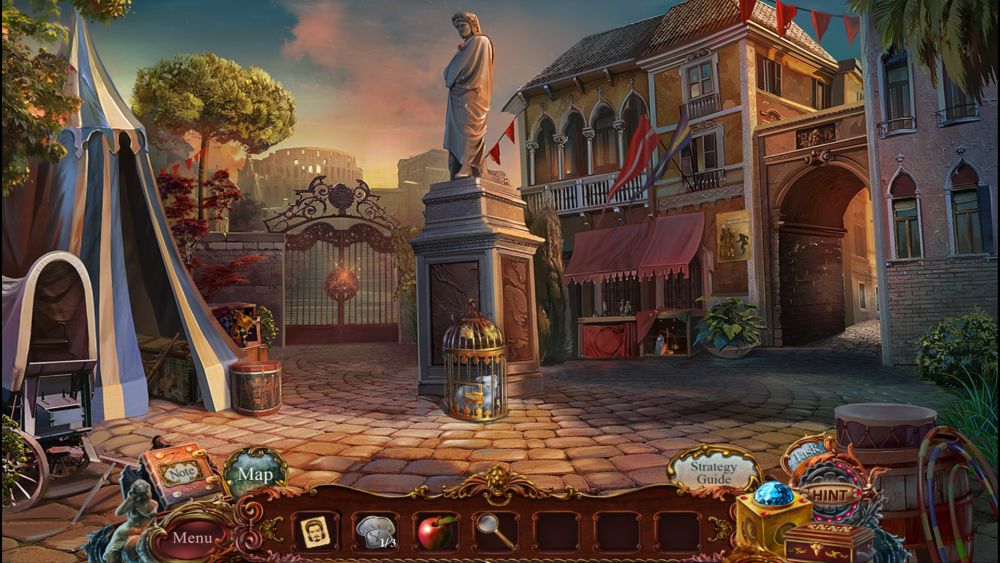 Hidden object scenes are surprisingly frequent in European Mystery, and they’re always a welcome diversion. Each one features the standard text list of items at the bottom with a massive amount of clutter up top. (Since this is ye olde Europe, the clutter is a fascinating bit of treasure to look at, by the way.) Many of the object names are colored purple to indicate interactivity. To nab these, you’ll have to open, break, assemble or otherwise uncover them in some manner, often in two or three step mini-puzzles. European Mystery does a fantastic job obscuring each interactive item’s use while keeping the solution as sensible as possible.

European Mystery: The Face of Envy has a lot going for it. The story is serious but still fun, the mini-games and puzzles are frequent and fluid, and the overall gameplay takes some fun risks that really pay off. The most impressive part of this game is its grasp on the fundamentals. Everything about European Mystery just works. You’ll never trip over a puzzle or stumble into an interface issue. It’s just flawless puzzle solving and hidden object hunting from beginning to end.