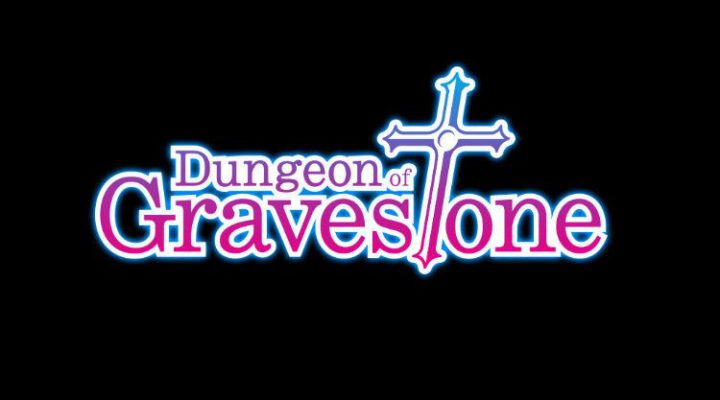 Great sense of progression via upgrades and your ability to gradually make it further into the dungeon.

Each room is short but combines with the entire run to create a deep, challenging adventure.

Lots of little secrets and hidden treasures to uncover.

Progression is slow enough at first that you might wonder if you'll ever make a dent.

Magic spells are extremely difficult to cast and thus unreliable in battle.

There have been so many voxel-based games released since Minecraft popularized the aesthetic that our eyes tend to glaze over when we see blocks these days. Despite our cube fatigue, last week’s newly released Dungeon of Gravestone caught our attention—and we’re so glad it did. This seemingly simple dungeon crawler has a ton of depth, both in its gameplay and in the seemingly endless cave your adventurer is determined to conquer. 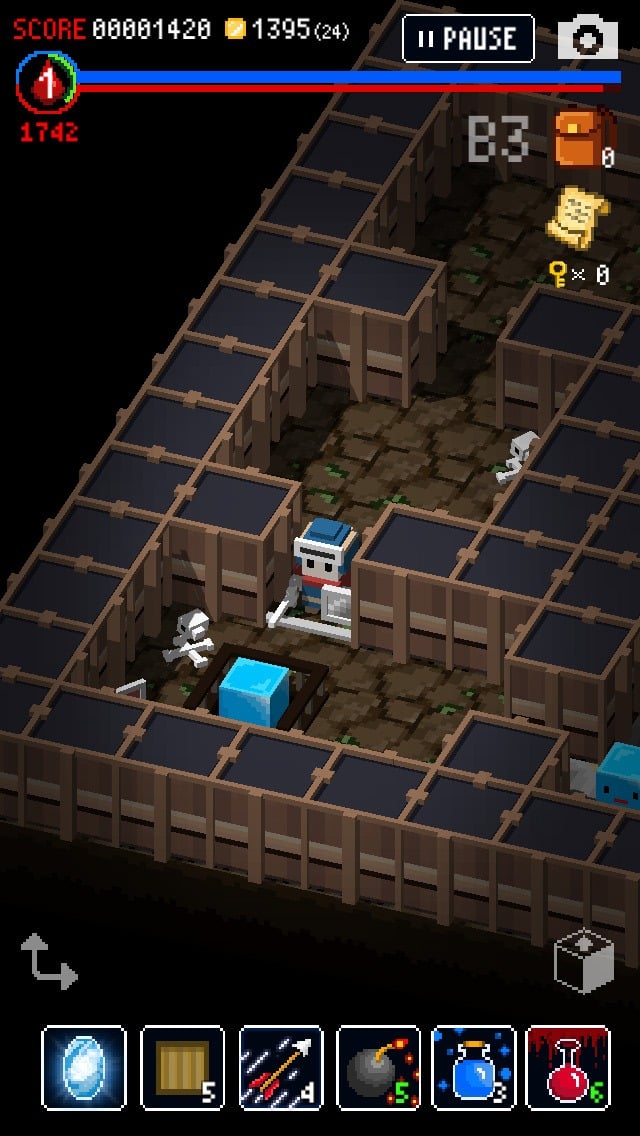 If Dungeon of Gravestone looks familiar (beyond its voxely-ness), you may have played last year’s BlockQuest. The games share much more than a developer: both feature RPG-lite dungeon exploration supported by an inventory of arrows, bombs, and potions; as well as incremental equipment upgrades to keep your explorer on par with the menagerie of enemies he’ll face. Both games’ mechanics are nearly identical, with swipes and taps for movement; running into enemies to attack them; and utilization of switches, keys, and other found items to progress through previously locked rooms.

However, despite all these similarities, their gameplay is quite different. BlockQuest was essentially a speed-running puzzle game: you had a very limited amount of time to complete each single, fixed stage by solving its carefully designed challenges. Some stages required intricate Sokoban-style box-pushing; others demanded you figure out the best route of walls to bomb before time ran out; still others pit you against icy terrain that could only be slid across, not walked upon. Stages could be replayed for a better time or score, and they would always look and play the same. 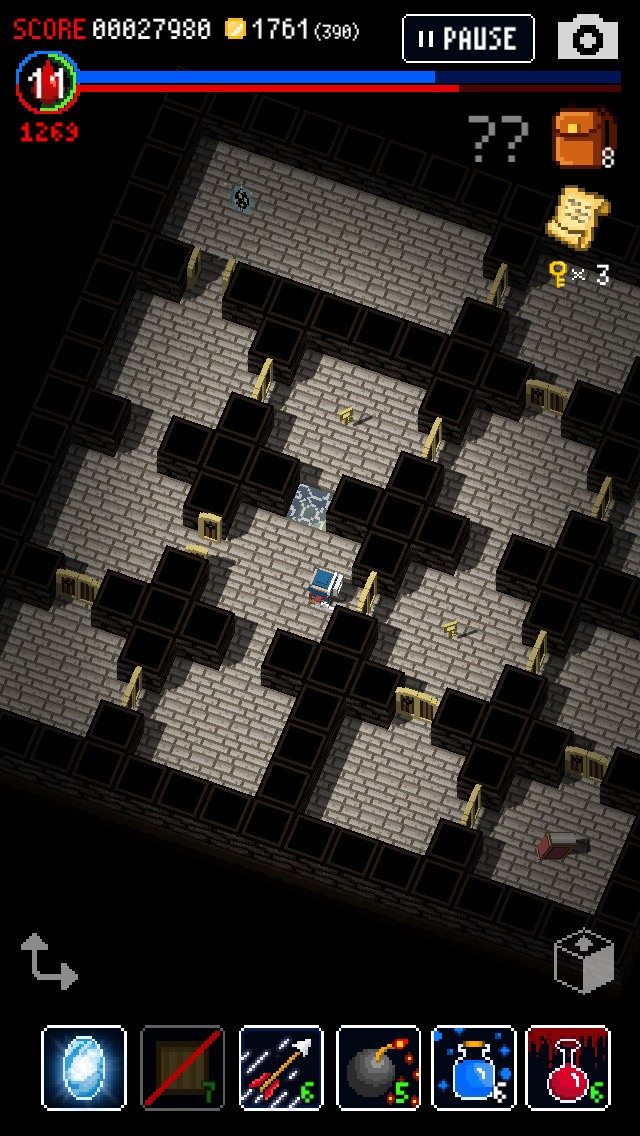 Dungeon of Gravestone retains some of these puzzle elements, but as a means to an end, not the game’s primary focus. Its stages are procedurally generated and combine to form the title’s 100-plus-level dungeon, which challenges you to complete as many rooms as possible in a single run before dying. Although you’ll still need to push blocks onto buttons and shoot arrows at distant switches, your primary concerns will be fighting monsters, collecting items to keep you alive, and not bleeding to death.

Oh, right. As in BlockQuest, your character is constantly bleeding out for some reason. In addition to his health bar that is reduced when hit by enemies, the blood bar ticks down nonstop no matter what you’re doing (unless the game is paused). The only way to refill this bar is by collecting pools of blood that show up randomly on floors, or drinking a blood potion. This adds a sense of urgency to your exploration, as you can’t just sit in a corner and calmly make plans without condemning yourself to death by exsanguination. 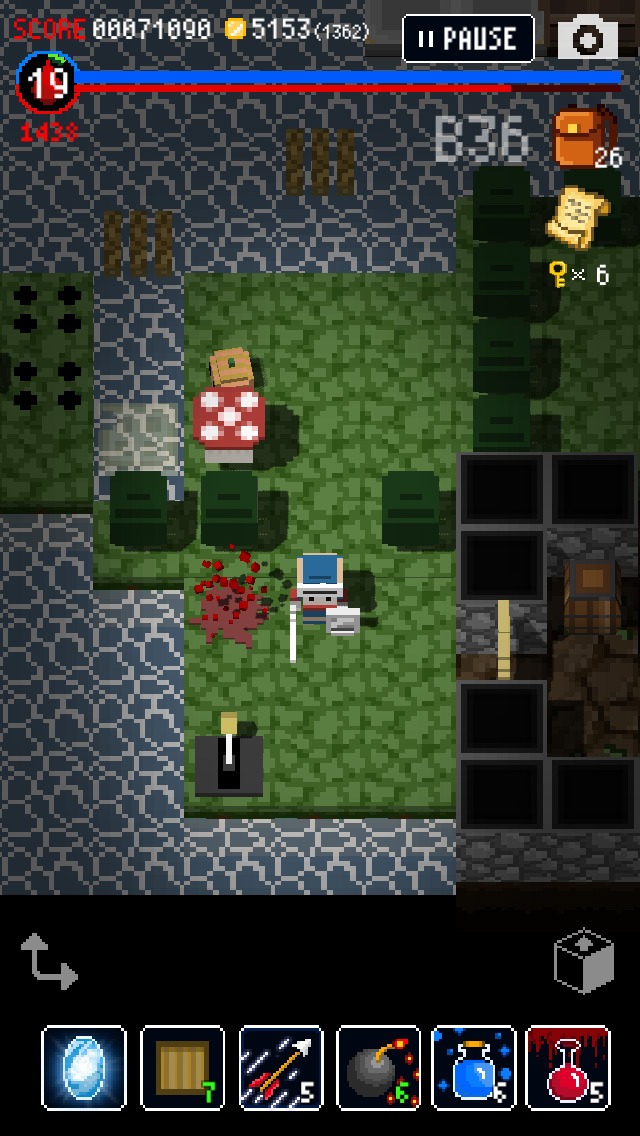 In order to keep progressing further on each bloody trip, you’ll need to beef up your adventurer’s arsenal. You might find better swords, shields, or accessories while exploring, but you can also buy new or upgrade current items at the main town hub. There are also tons of upgrades available to allow you to carry more of each item (bombs, arrows, potions, etc.) and a quest system that rewards you coins and additional storage space for completing monster-slaying assignments. Although your character levels up while exploring the dungeon, which makes him stronger and refills his health, any levels earned will be lost upon leaving the cave, making these permanent upgrades from the hub essential to improving your score. 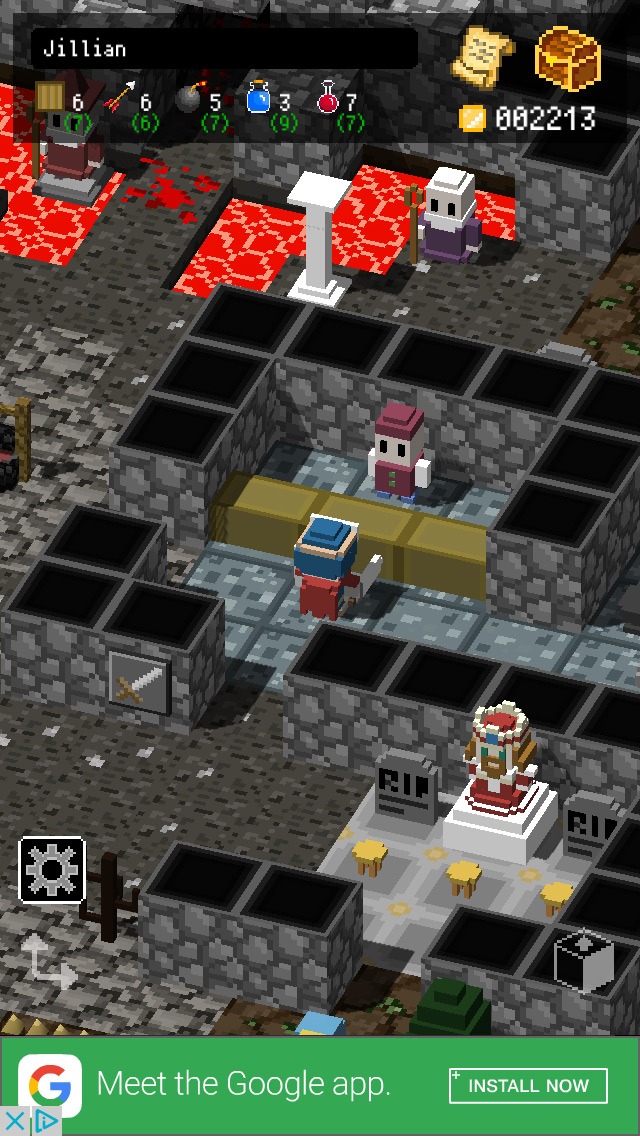 Working on that score, and just exploring the dungeon, is consistently satisfying. There are treasure chests and breakable barrels scattered about to discover and loot; optional shortcuts and non-essential rooms to allow alternate paths; a variety of enemies with different attack patterns; and hidden puzzle rooms that offer a throwback to BlockQuest’s brain-teasing levels along with powerful rewards, like magic spells. Like any dungeon crawler, replaying the lower levels can get tedious as you get further along, but the procedural layouts ensure you’re never entering exactly the same room twice. We’ve been playing a lot over the past four days and have only made it to level 41, but we’re always excited to run back in, try again, and leave a new death-note for other players.

If slowly improving your adventurer and extending his dungeon-crawling times appeals to you, we definitely recommend Dungeon of Gravestone. If you’re mostly interested in the puzzle aspect and shorter bursts of play, BlockQuest is probably more your style. You can’t go wrong; they’re both bloody great games.