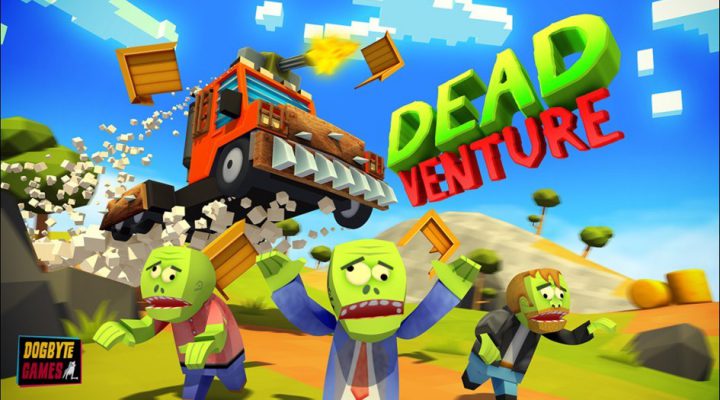 Always a load to do.

You'll have a smile on your face while you're playing.

Can get a little repetitive deeper in the game.

Imagine if The Walking Dead had been created by the development team behind Crossy Road, the people at Cartoon Network, and someone who has played far too much Carmageddon. Are you imagining it? Well that’s pretty much Dead Venture. And it’s awesome.

This is a game about pelting around open levels, killing flesh eating monsters as you do, completing quests and upgrading your vehicular implement of death. There’s such a bright and delicious bounce to proceedings that it’s almost impossible not to get wrapped up in the rhythm of kill, rescue, explore, blow the living hell out of things. 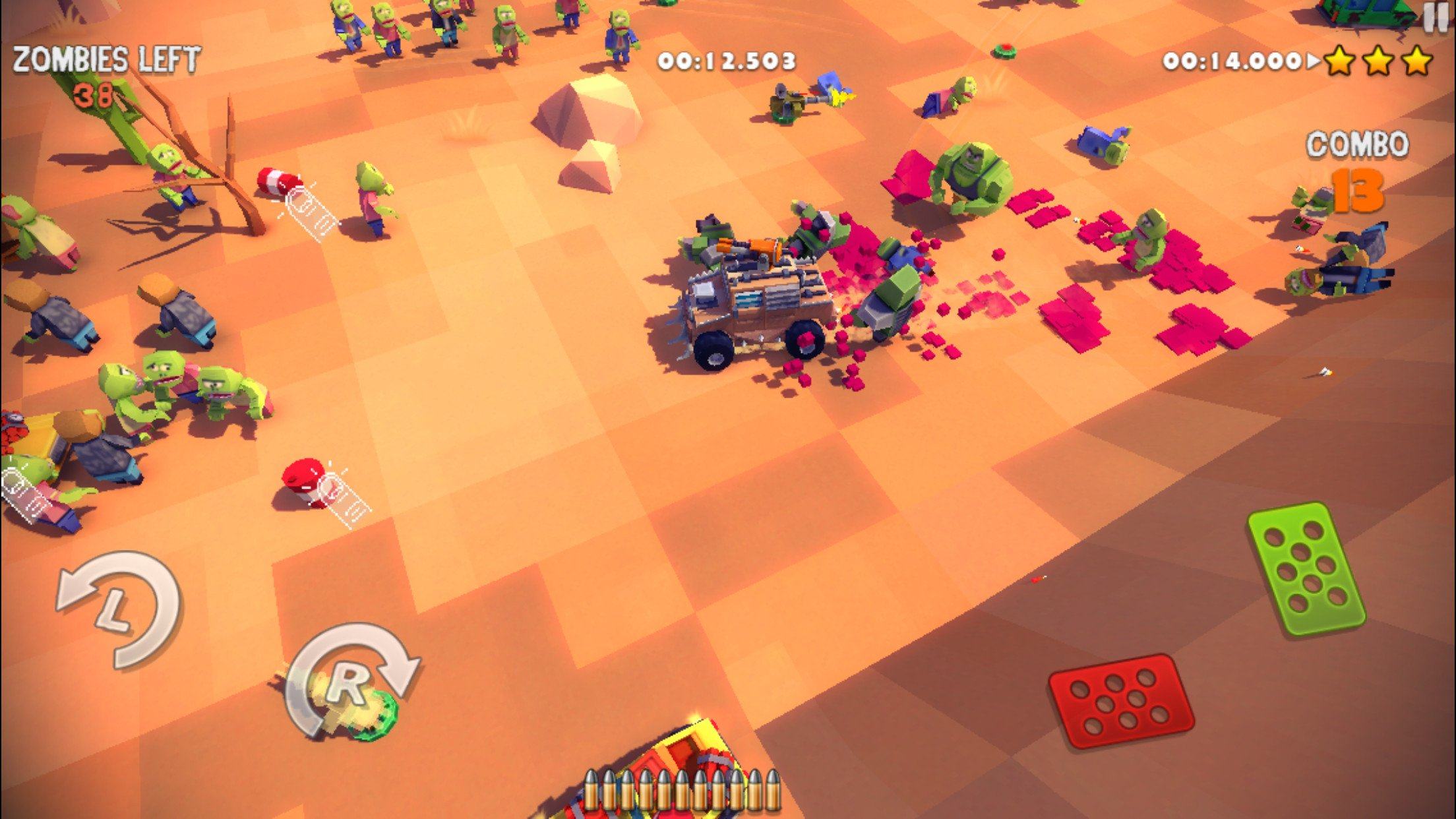 You start with a no-frills jeep that can only kill the undead by running them over. The controls are simple – you’ve got an accelerator, a break that doubles up as reverse gear and a couple of buttons that control the direction you’re heading.

The deeper you get into the game the beefier you make your car. You’ll add snow ploughs, tougher armour, a bigger fuel capacity and more importantly a series of massive guns to improve your killing ability. And you’ll need them, because the zombie hordes here are thick and hungry.

Every time you run out of fuel or your car gets wrecked you head back to your garage to upgrade your gear. Then it’s a new day and you head back out to try and finish the challenges the game sets you. After a big boss fight you’ll move on to a turret section as you try and relocate your camp to a safer space. 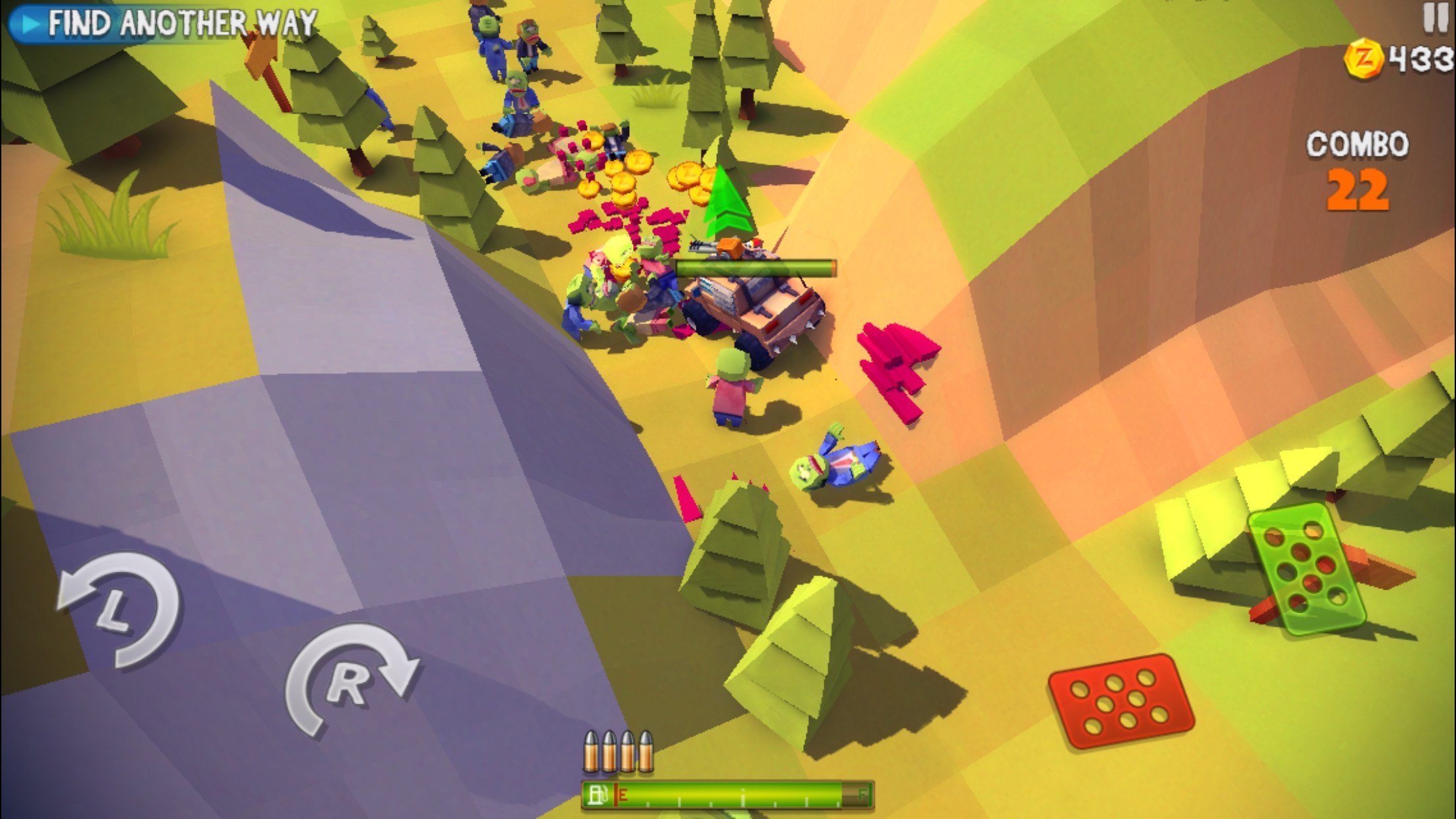 A HUD shows you where you need to head to finish the quests you’re given. Sometimes you need to rescue other survivors by clearing the area outside their houses. Other times you’re exploring by parking in a specific place or grabbing a set number of pieces of equipment you need to keep your camp happy.

Alongside the story mode there are survival and time trial modes. These are great for honing your skills, and the ability to chase your high scores is a lot of fun. The equipment you unlock in the story is available in these modes too, so it’s a good way to learn what things do and how to use them best.

But the meat on the story mode would be enough without these welcome additions. Runs never last more than a few minutes, and the progression system means that you’re never spending too long grinding the same challenges. If you take half of a boss’s health off, when you come to it again it’ll be in the same state. 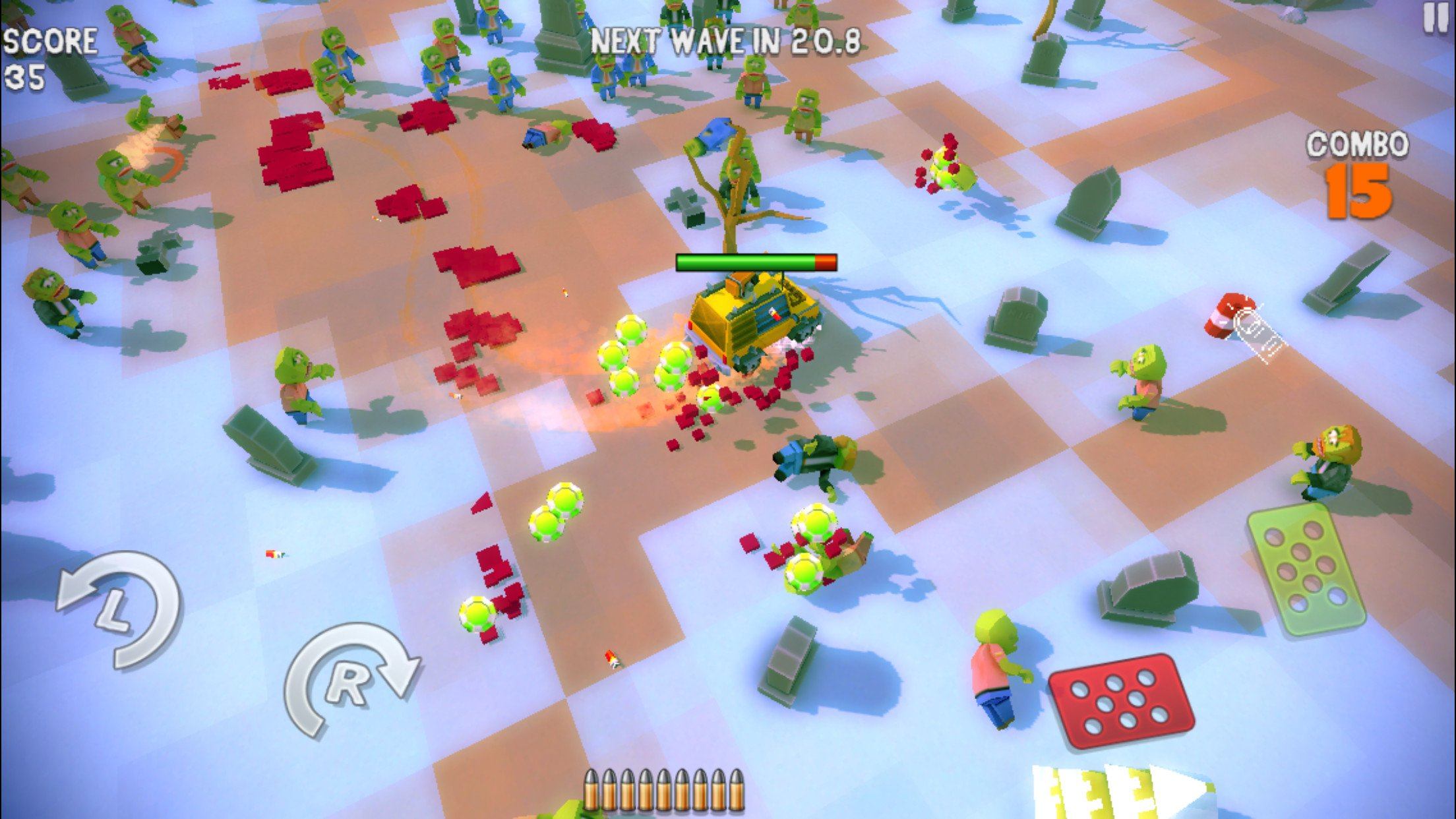 The violence here is on the cartoon side of graphic, and ploughing your way through a clump of zombies is brilliant fun. Learning what the different creatures do and how to deal with them is a good chunk of the fun as well. But slaughter isn’t always the order of the day and that keeps things fresh.

This is a brilliant way to waste a few hours of your time, and you’re likely to dip in and out for a while just to see what new upgrades you can get and find out what the big vehicles in the later parts of the game are all about.

Dead Venture is a brash and consuming mobile game that gets the balance between challenge and progression just right. Throw in a gorgeous blocky art style and a vast amount of things to do and you’re left with the sort of game that smartphones were made for.