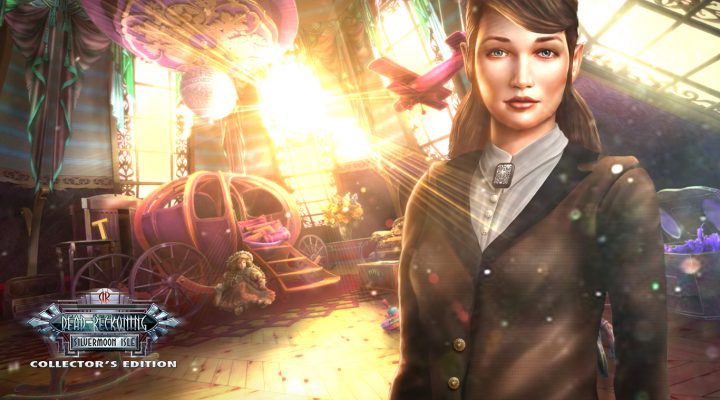 If you’re playing a Hidden Object Adventure game, chances are somebody’s dead. With a lot of games, you might wish it was you, or, in the least, you may pray for a light coma. Not this time. Do some jumping jacks and grab a triple latte, you’re going to want to be wide awake for what’s to come. The beloved starlet, Veronica West, is dead, and it’s your job to track down the cause and culprit.

Dead Reckoning: Silvermoon Isle is here to rescue us from the chronic malaise common among Hidden Object Adventure fans.  If you’re anything like me, you’ve played a lot of HOAs. A lot a lot. It never fails. There’s an opening cut-scene which fades to a dismal setting where a character wrings her hands in plight. Often this early promise quickly fades to boredom as you click your bleary-eyed way from one predictable puzzle to another.  If this sounds all too familiar, get ready; Dead Reckoning may leave you gasping for breath.  With tried and true HOA mechanics, your journey through Silvermoon Isle will be replete with the best of HOA interactions wrapped around a grippingly good yarn. It’s obvious the designers are rightfully proud of the visual novel they’ve created, and thus the dialogs, environments and interactions are geared to help players unravel the convoluted threads of a thoughtfully crafted mystery. 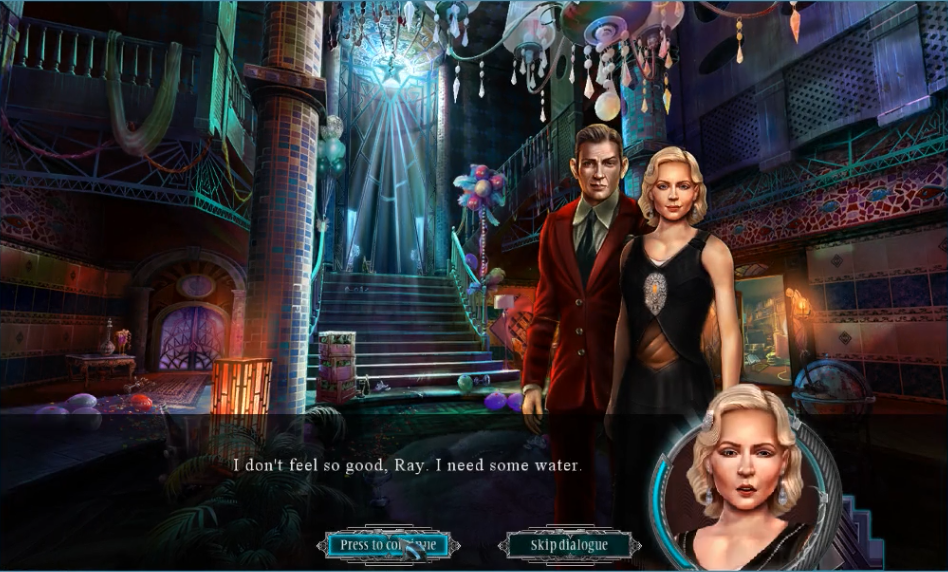 It’s Clue meets Professor Layton meets all the best of the classic Mystery Case Files games. Unlike most HOAs, you’ll actually want to follow the story, and that’s a good thing. Though players can read individual character dialogs at their own pace, the cut-scenes and interrogations are more of an all-or-nothing scenario. They can be unapologetically lengthy, and if you aren’t into interactive stories, you might feel punished by the time per play session that’s spent watching cut-scenes or listening to dialog. Of course, you can skip many of the animations, but if you do be prepared to miss key bits of information.

Forget the triple latte, put on a whole pot and open a bag of double stuffed, the story is fun, and it’s worth following along note for note. From the earliest clues, you may believe you know whodunit, but don’t leap to conclusions. The mysteries on Silvermoon Isle go deep, and there are plenty of codependent, toxic relationships among our suspects to keep the player guessing at both our killer’s identity and motivation from one plot revelation to the next. 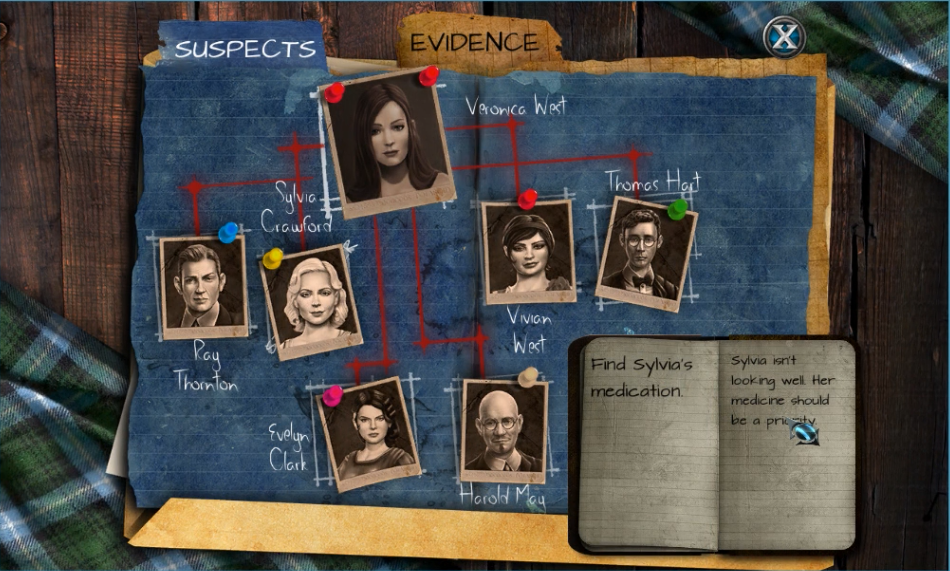 Dead Reckoning is a beautifully crafted game. Not only does the story hold up as well as any trashy beach read, the visuals and interactions are infused with loving nuance and obvious pride of craftsmanship. It’s the little things like changing the camera focal point for navigation hit areas to providing copious, subtle indicators gently guiding the player toward her ultimate success. Eipix games not only entertain, but they make players feel smart and empowered. The mini games are tight, the visuals beautiful, and the logic puzzles are actually logical. Text clues provide just enough information to help the player unravel the proper tool to open the odd drawer, box, lid, grate or clock face. In fact it’s so well done, you may find yourself playing well past the discomfort of numb buns and a swollen bladder if only to discover what’s beyond that cleverly hidden passageway or locked library door. 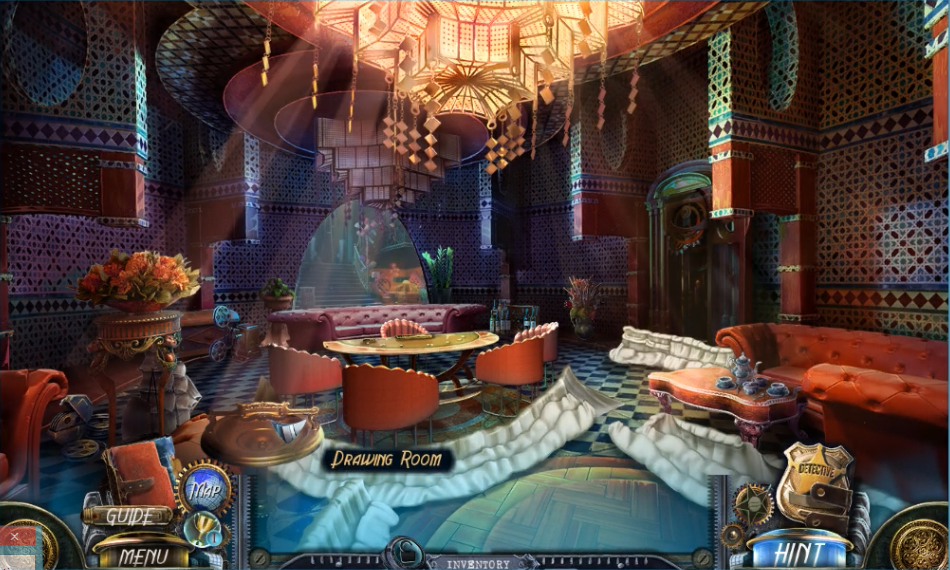 In a game this well-made, it seems nitpicky to utter any complaint, but I do have one: the hit area for navigating backwards takes up too much real-estate at the bottom of the scenes. Players may lock their inventory, but this doesn’t help with all the accidental navigation caused by trying to click the many curious and enticingly placed objects within the back navigation hit area. It happened often enough more than one exasperated expletive slipped from my lips.

It’s okay. Let ‘em fly freely. This is definitely a game for grown-ups.  Wine, pills and the properly placed profanity provide plentiful permission for the player to explore the the full breadth of her expression.  And so I did. And so will you the dozenth time you accidentally leave the salon trying to pick up the odd film reel or carelessly discarded hat. Just put on another pot of coffee, or as the sun has likely set by now, open a bottle of wine, and settle in to enjoy a healthy stay among the dead and devious of Silvermoon Isle.