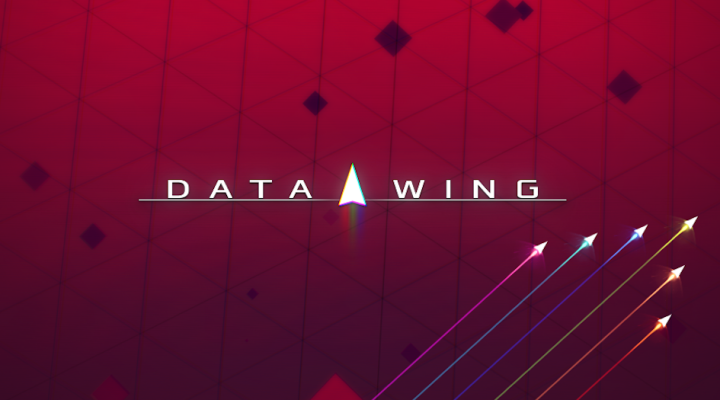 DATA WING is a curious game in so many ways. It’s a minimalist top down racing game. That immediately makes you think ‘yeah, we’ve had a lot of those’, right? This isn’t like other racing games though. It’s so much more than that. It has a story (yes, really), and it’s entirely free to play. I don’t mean free as in ad-supported either. This feels like an entirely altruistic act on the behalf of the developer. 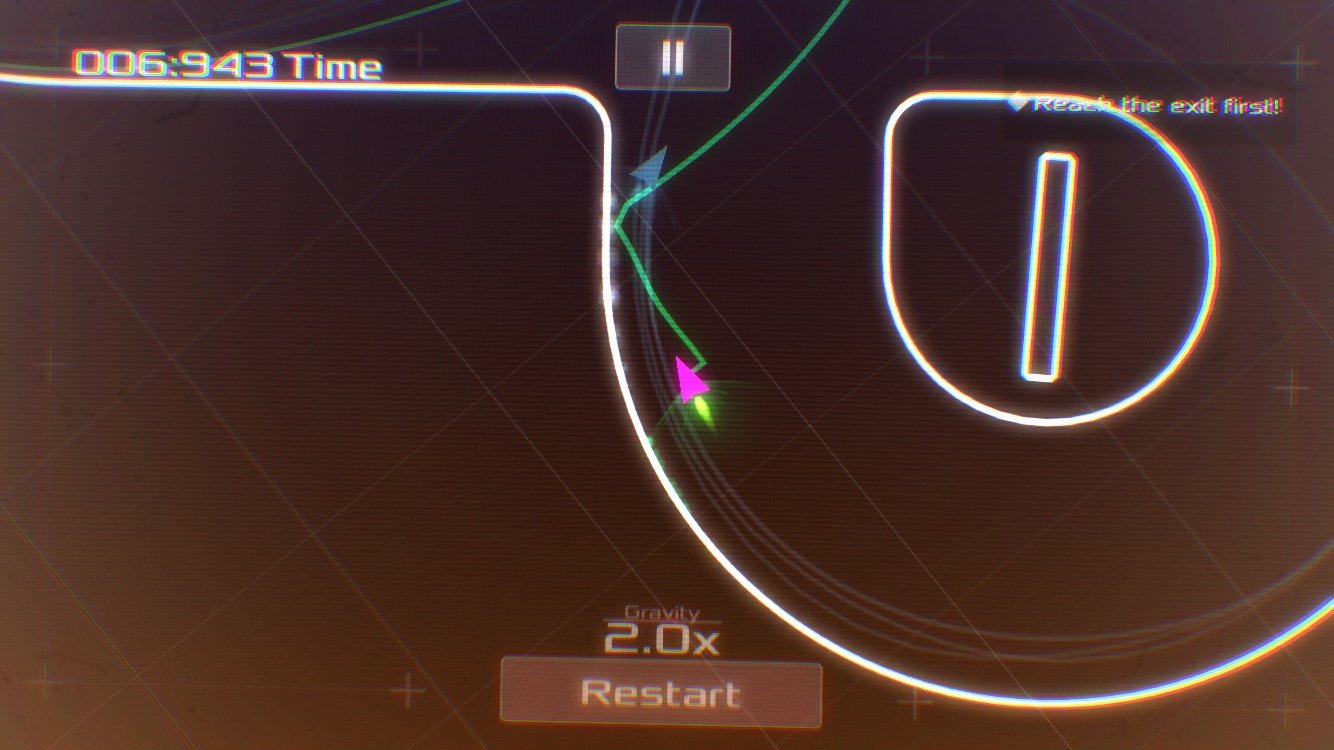 Returning to the start because this is a racing game that actually has a beginning, DATA WING has you dealing with a curious AI called Mother, while you’re racing inside a computer. Mother isn’t overly friendly, and you have to follow her orders no matter what. At least until she goes a bit irrational, that is, and the plot thickens a surprising amount for something so simple. Think of the voiceover in the Portal series and you’re not far wrong here. It’s weird but it works.

Of course, as this is a racing game, you could just ignore the story and still enjoy what’s going on, but that wouldn’t be the point. It’s fun feeling like you’re doing more than just driving around a circuit. There’s a reason for doing it. As well as the urge to be fast too, of course. Some of the objectives are quite tightly timed meaning you’re going to have to repeat yourself once in a while to master things.

None of this would matter if DATA WING’s controls let the side down, but they’re pretty solid here. Simply touch the left side of the screen to turn left, and the right side of the screen to turn right. Hold both sides to brake. It’s almost as simple as that. The only catch here is that your triangular vehicle likes to dive around, kind of like in Asteroids and all those 80s gravity based games. It takes a little time to get used to, and then it clicks and it’s wonderful. 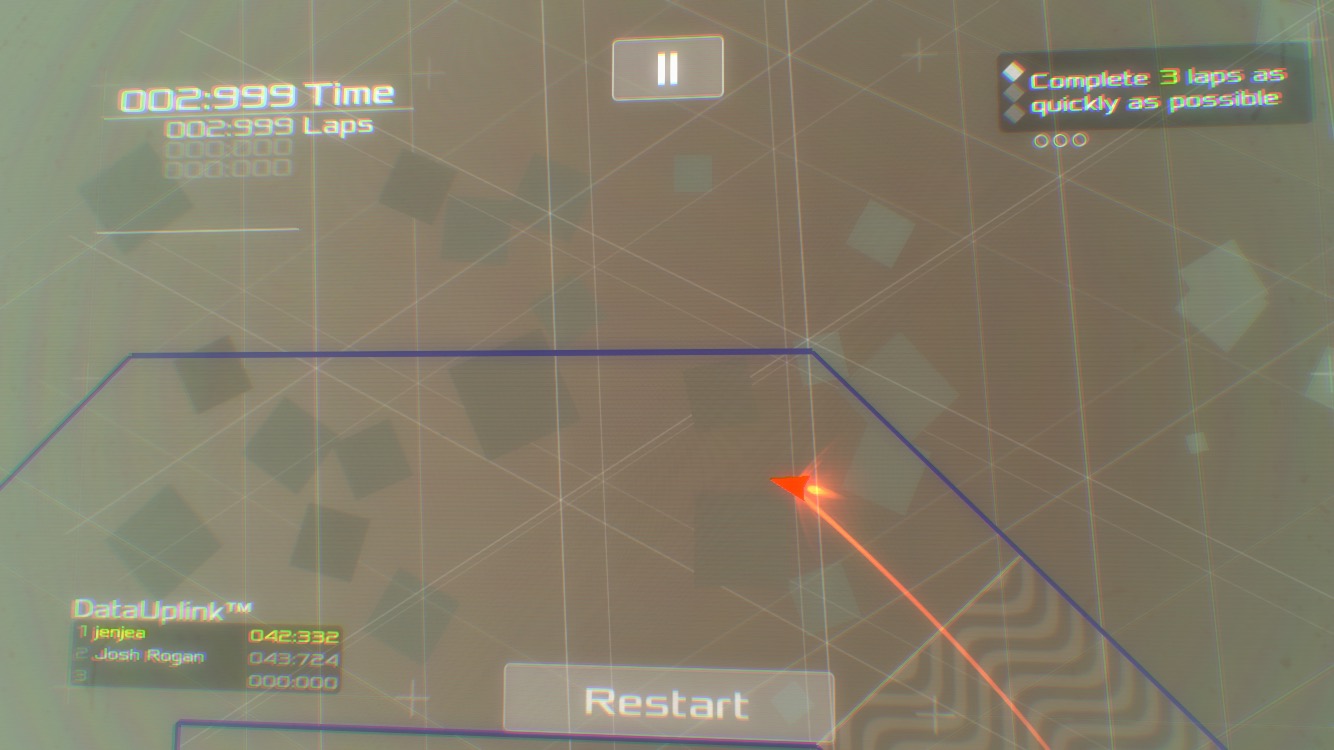 Drifting is the key to much of your success here. Even better, if you clip the edges of the track just right, you gain a small speed boost. It’s a simple mechanic but one that works brilliantly at making you feel like you’re doing something very cool. Each step of the way, you’ll feel pretty special. DATA WING doesn’t bother with any extras like power-ups or an upgrade system. It’s a wonderfully stylish and pure experience.

That further relates to DATA WING’s lack of in-app purchases or adverts. There’s nothing here to entice you into spending money. That almost feels criminal given how well made it is. With over 40 levels available, there’s a fair amount to do. At its simplest, it won’t take you that long to complete but many of the tracks have additional objectives for you to work towards. Even if it’s just a matter of completing a race faster than before.

Much needs to be said about DATA WING’s soundtrack too. It’s as classy as everything else about the game. Adding atmosphere and moodiness to the entire affair, it’s a great move to further hook you in.

It’s an unusual thing but DATA WING rarely puts a foot wrong. It’s satisfying to play through, offers an intriguing storyline that’ll leave you wondering, and it doesn’t overwhelm you with options. Throw in the fact that it’s entirely free, there’s simply no reason why you wouldn’t be downloading it right this second. It’s quite the delight.