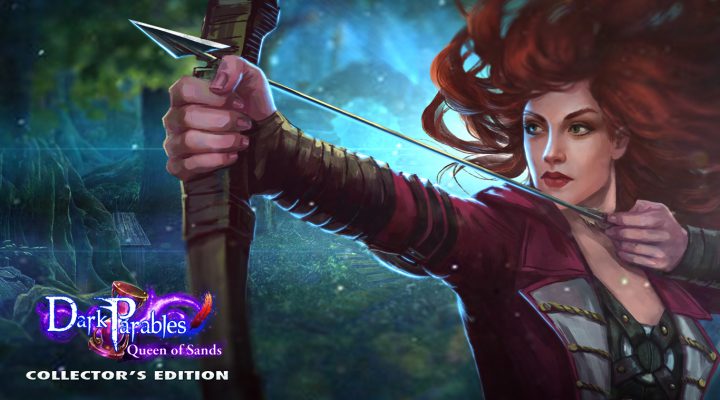 Fantastic variety of puzzles and mini-games.

The detailed visuals look a little too busy sometimes.

The town of Montafleur is usually quite the peaceful place. Fields of lavender stretching out to the horizon, snow-capped mountains resting in the background. All of that changes when a mysterious sorceress makes an appearance and unleashes hellish beasts across the land. You play a detective summoned to make sense of the whole situation, but as soon as you arrive you realize you’re outclassed. Good thing the Red Riding Hood Sisters are here!

Dark Parables: Queen of Sands is a casual adventure game that’s heavy on action, interaction, and mini-game elements. You’ll piece together the mystery behind the roaming beasts one clue at a time, slowly revealing a history of strife and suffering. While you’re doing this you’ll bump into plenty of puzzles and even more collectible items, many of which need a little tinkering before they can sit in your inventory. Queen of Sands introduces you to the basics in the first few minutes of gameplay, but it’s not until a chapter or two later that everything starts to gel. When it does, you’ll be glad you stuck around. 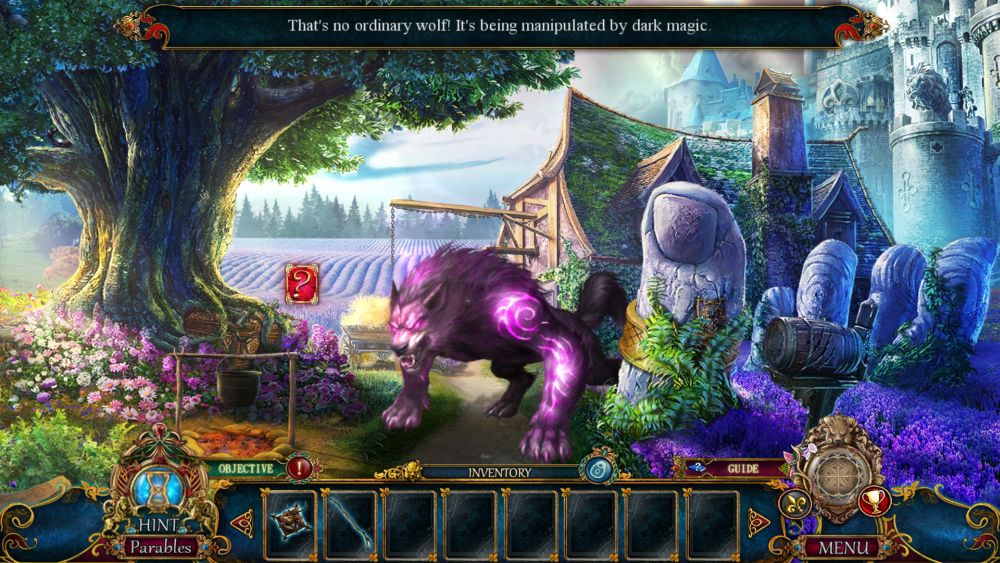 Dark Parables sprinkles a good variety of hidden object scenes across its eight main chapters. Text lists and shadow silhouettes are common, as are fragmented hidden object scenes. All are decorated with lavish illustrations that are at once colorful and realistic. It’s a ton of fun to actually pick out the items you need to solve each scene, as it’s more than just shape recognition. You have to look, study, and sometimes uncover before you can click. Not a lot of interaction is involved, but you’ll still find yourself engrossed each time a new scene arrives. 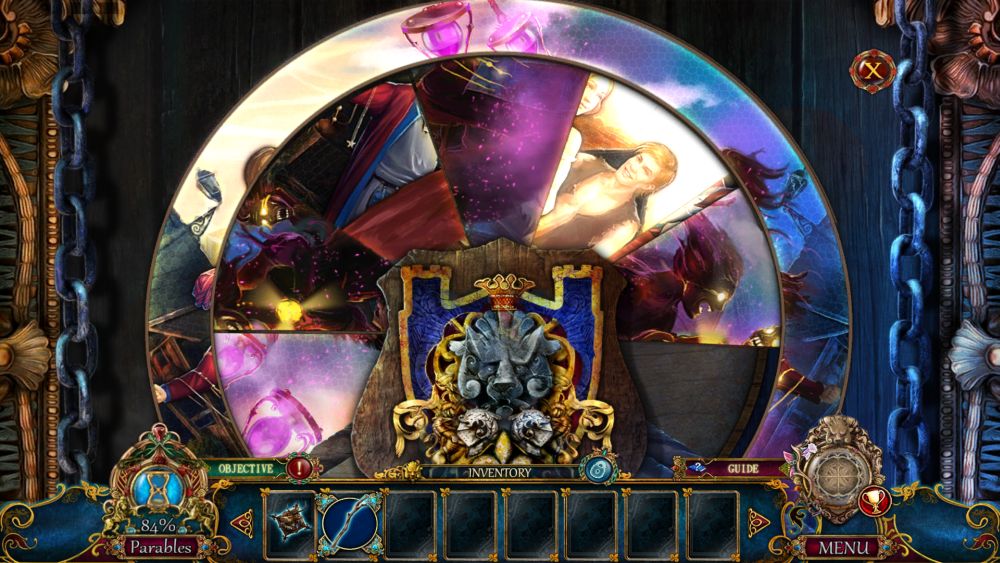 Mini-games are another highlight of the Queen of Sands experience. As is usual for the Dark Parables series, you’ll stumble across everything from quick and familiar to detailed and unique mini-games. Most will take just a few seconds to decipher and maybe a minute or two to solve. They usually present you with some fun illustrations or clever clicking mechanics (or both in the case of the puppet show!), which is a great way to enliven the atmosphere from the usual cursor motions.

What Dark Parables: Queen of Sands lacks in originality it more than makes up for in design. The game is incredibly well-built, walking a fine line between giving you freedom to explore and keeping you on the right path. You’ll never get lost or stuck in this game, but that doesn’t mean it won’t challenge you with its sometimes odd puzzle solutions. The story sticks to the basics, but it’s told with such fantastic animations that you really don’t mind. Presentation means a lot in a hidden object game, and Queen of Sands uses it to deliver an incredible experience.