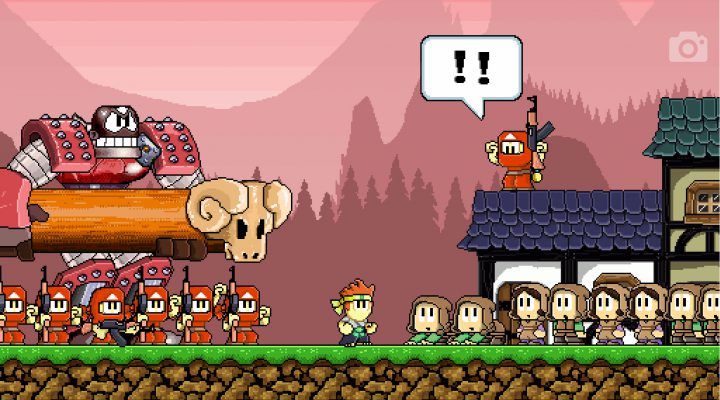 Fun beat 'em up action with simple yet effective controls.

Not all of the story is contained within the game.

Say this about the title character of Halfbrick’s Dan The Man: He’s a brave, persistent fellow. He has to be since he’s up against a veritable army of evil sorts, armed (at least at first) with only his fists and feet. Luckily, as Jim Ross might say, they’re educated fists and feet.

Since Dan has you at the controls, he can unleash a lot more mayhem than you might suspect when first looking at him. The fact that he does it in splendid retro visual style while yelling out the most stereotypical kung fu noises ever heard is just one portion of the delights that await in Dan The Man.

For jaded mobile game reviewers like yours truly, it might seem like the simple on-screen virtual buttons would be unable to handle the action, but that’s pleasantly not the case. Turns out all you really need is left and right buttons on one side and punch, throw/shoot and jump buttons on the other to kick plenty of butt. Yes, even when fighting jetpack-wearing ninjas or tackling the game’s numerous platformer elements. 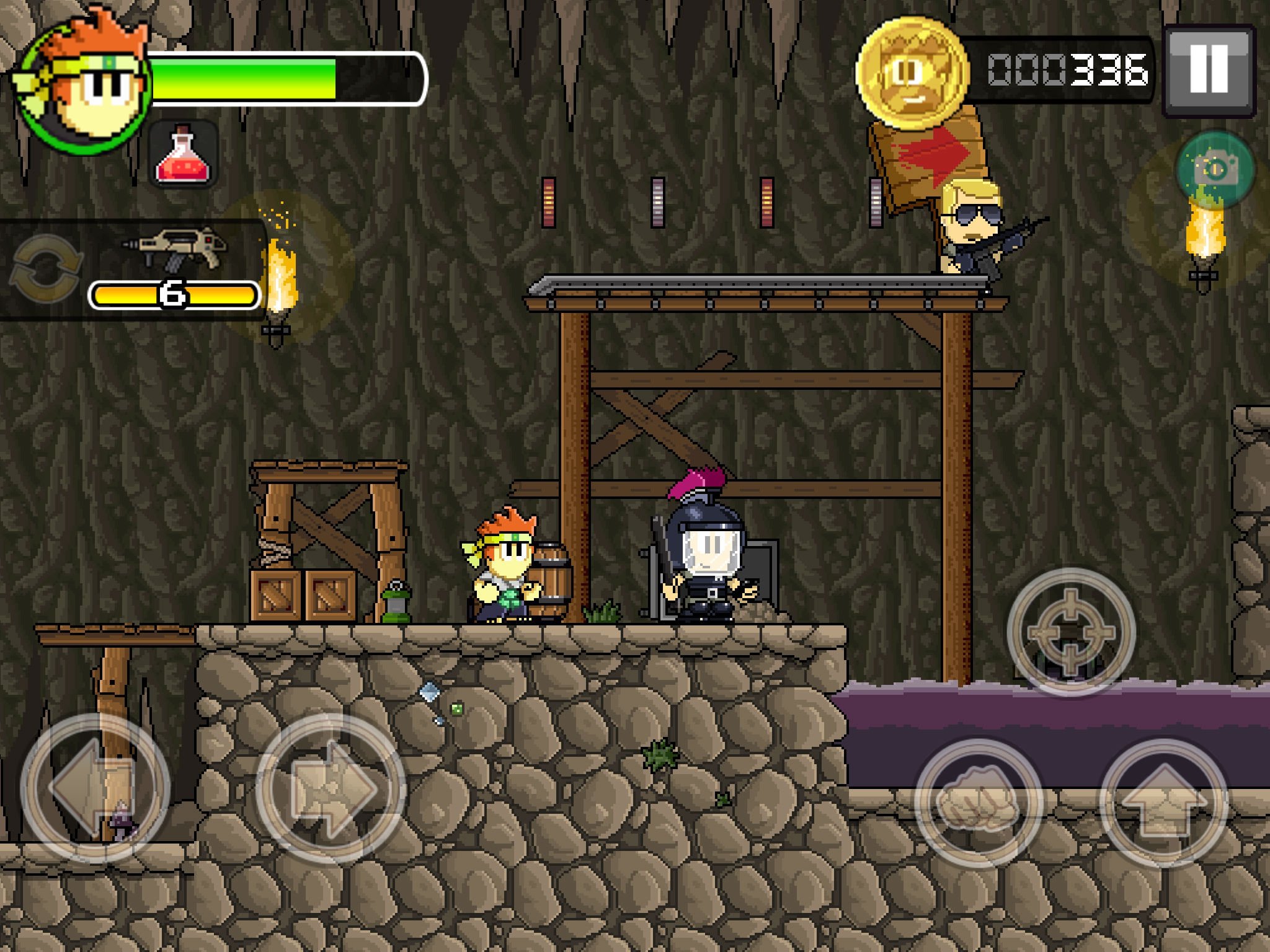 Those times you’re jumping between ledges and over hazards provided me with one of my very few gripes. Not because of their challenge, but because the background art is so well done that it’s sometimes tough to tell which objects you can stand on and which you can’t. It’s tough to criticize the artists for being too good at their jobs, but there you go.

The lengthy, well-designed levels have plenty of checkpoints to save your progress, plus shops along the way so you can restock on weapons, food and the like. As with classic arcade games of the past, you get a score when you reach the finish, one that’s dependent on things like time of completion, the amount of enemies defeated, secret areas discovered and objects smashed.

Another pleasant surprise comes in the selection of upgradable skills at your disposal for Dan or Josie, who you can also select right from the start of the game. Having more ways to dish out punishment is never a bad thing, though there’s some decisions to make on whether you want to spend your gold on upgrades or supplies for when you’re in the heat of battle. 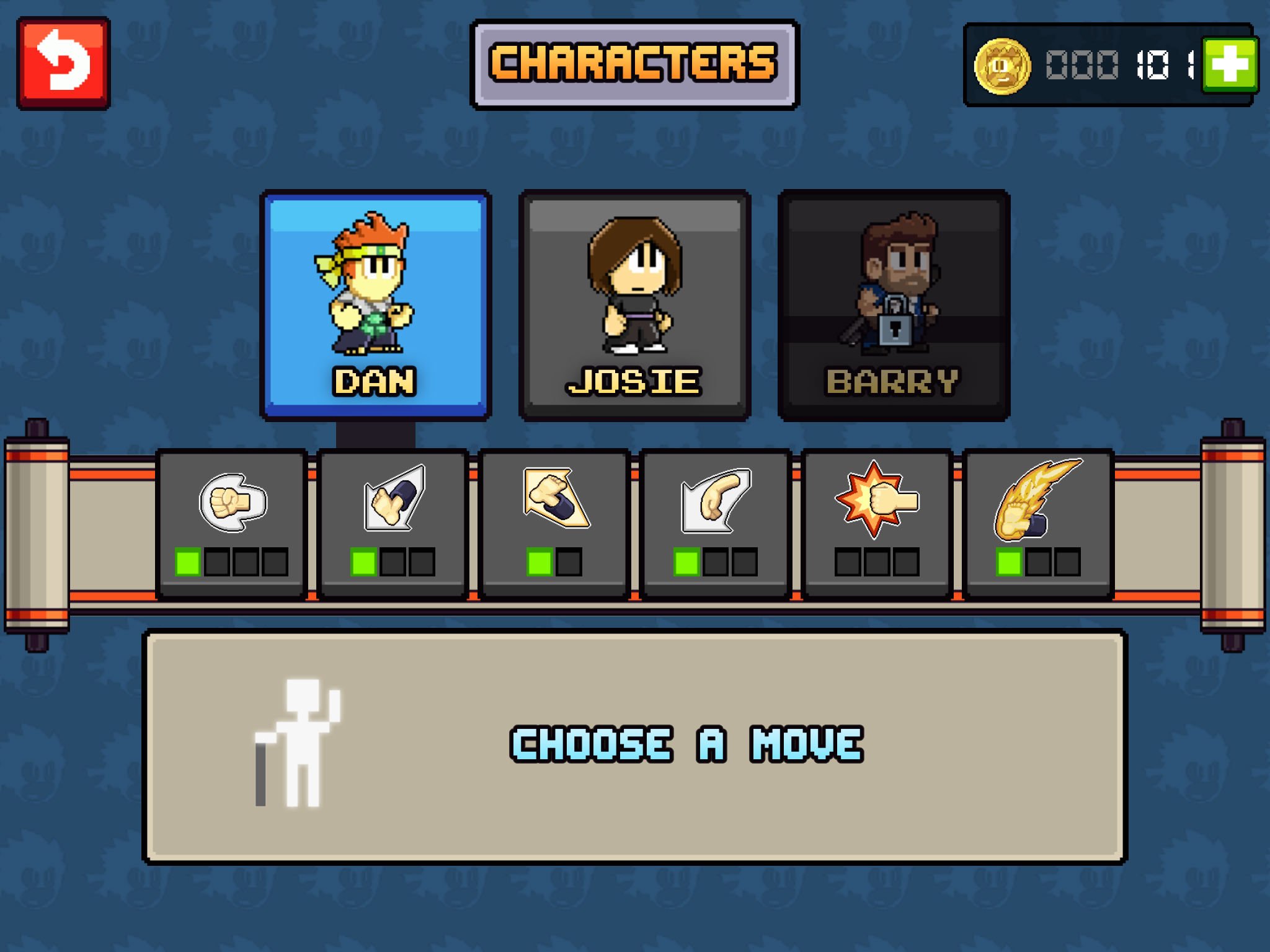 Halfbrick uses an ad-supported system to monetize the game — also giving you gifts when you choose to watch an in-level video — along with IAPs for new skins/characters (Jetpack Joyride fans will be happy to see Barry Steakfries join the fun). A one-time purchase bumps you up to premium, meaning no ads and instant gifts when you encounter them along the way.

If anything is missing from the Dan The Man experience, it’s the rest of what’s a pretty entertaining story — or in other words, why are Dan and Josie fighting all these dudes in the first place? That’s due to the fact that Dan The Man the game is actually “Stage 8” of a web series created by Studio Joho. The rest of the narrative is within seven videos, one for each stage, and while they’re not hard to find on the Studio Joho site or YouTube, it feels like some of the story was sacrificed as part of the overall conceit.

In the grand scheme of things, though, that’s a minor detail. Dan The Man is old-fashioned beat ’em up fun of the purest kind, blended with classic platforming and sprinkled with a sense of humor. If no part of that formula interests you, it’s possible you might be new to video games altogether — in which case this would still be a nice entry point for you, so dive in anyway.