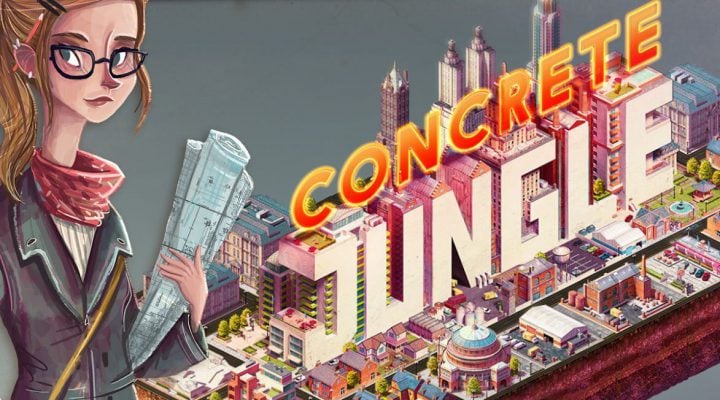 Lots of strategy hiding behind the simple look

Some of the text is uncomfortably small

Tutorials occasionally drag on for too long

Urban planning is hard work. I mean sure, in some cities and towns it seems like giving a dart board to a sea slug would yield better results, but doing it well enough to not stand out is tough. At least that’s the impression I get from video games like Concrete Jungle.

Despite the isometric view and the somewhat exaggerated and cartoony style, this isn’t a city management sim. At least, not really. Concrete Jungle is more like a board or card game rendition of one such “sim of a city,” as it were. In practice you’re mostly drawing building cards and deciding where to place them on a grid, but there are a lot of overlapping systems that add a significant amount of strategy to what would otherwise be a pretty simple task. 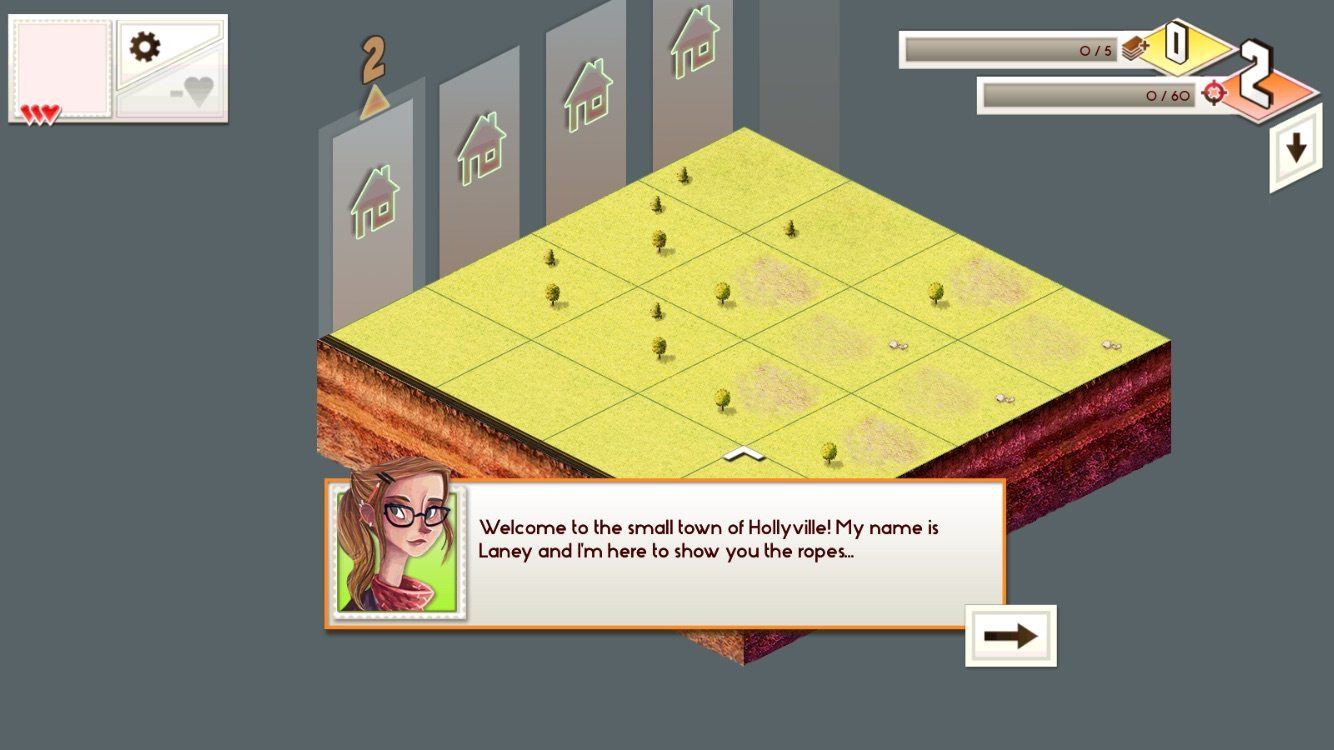 The ultimate goal is to generate enough points in each column to clear it, which is done by placing various buildings that increase the point value of the tiles around them, then placing scoring structures like houses to collect those points. What makes this core concept so tricky is how some buildings can affect tiles both positively and negatively, as well as affecting adjacent tiles in a specific pattern (i.e. only one space, all spaces, corner spaces, etc).

It’s a shame that the tutorials spend a little too much time going over these concepts, really. I mean it’s definitely important stuff that you need to learn to have any chance of doing well, but the game dwells on these things a bit too much. I know what I’m supposed to do – I figured it out three speech bubbles ago – just let me play the freaking game! The somewhat uncomfortably tiny text (on an iPhone 6S screen, anyway) doesn’t help things, either. Although I suppose I’ve dealt with far worse offenders recently. At least here it’s still somewhat readable. 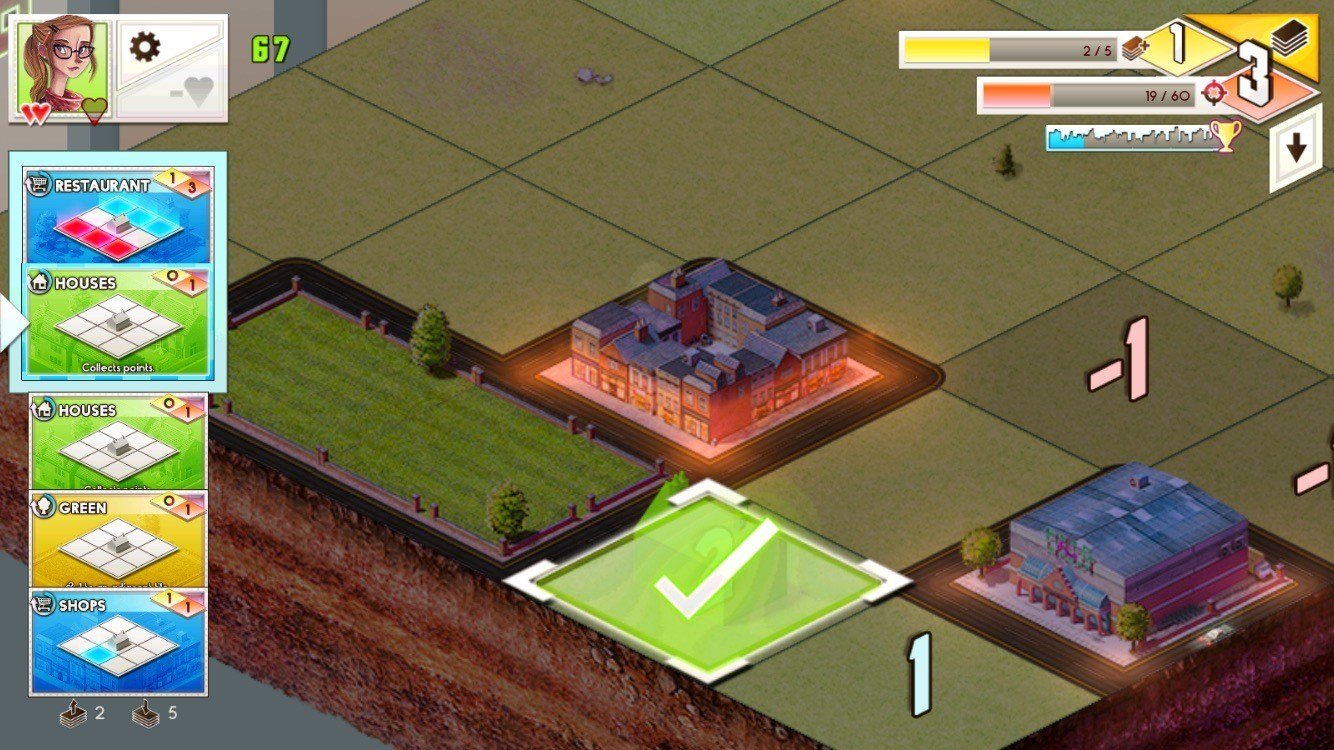 Then there are the added wrinkles of how placing enough buildings will eventually increase the number of points needed to clear a column – so the more you expand, the tougher it gets – and how placing enough buildings can also earn you points that can be used to purchase new cards to add to your deck for the rest of the level. All of these steadily added complexities do a pretty good job of walking that fine line between “information overload” and “not enough stuff to do this is boring OMG.”

All of these gameplay elements come together to make a pretty cool and enjoyable digital board game that isn’t actually a board game (as far as I know, anyway). There’s a whole lot of strategy to consider when placing your buildings – such as planning ahead for what’s coming up, accounting for negative effects, not expanding too quickly, deciding which cards to add to the deck, intentionally waiting to hit the point target for the first column so you can set up a multi-column clearing chain, and so on. I like it a lot, even if I occasionally screw myself over by losing sight of my long term goals or stupidly filling a column up without reaching the point goal. 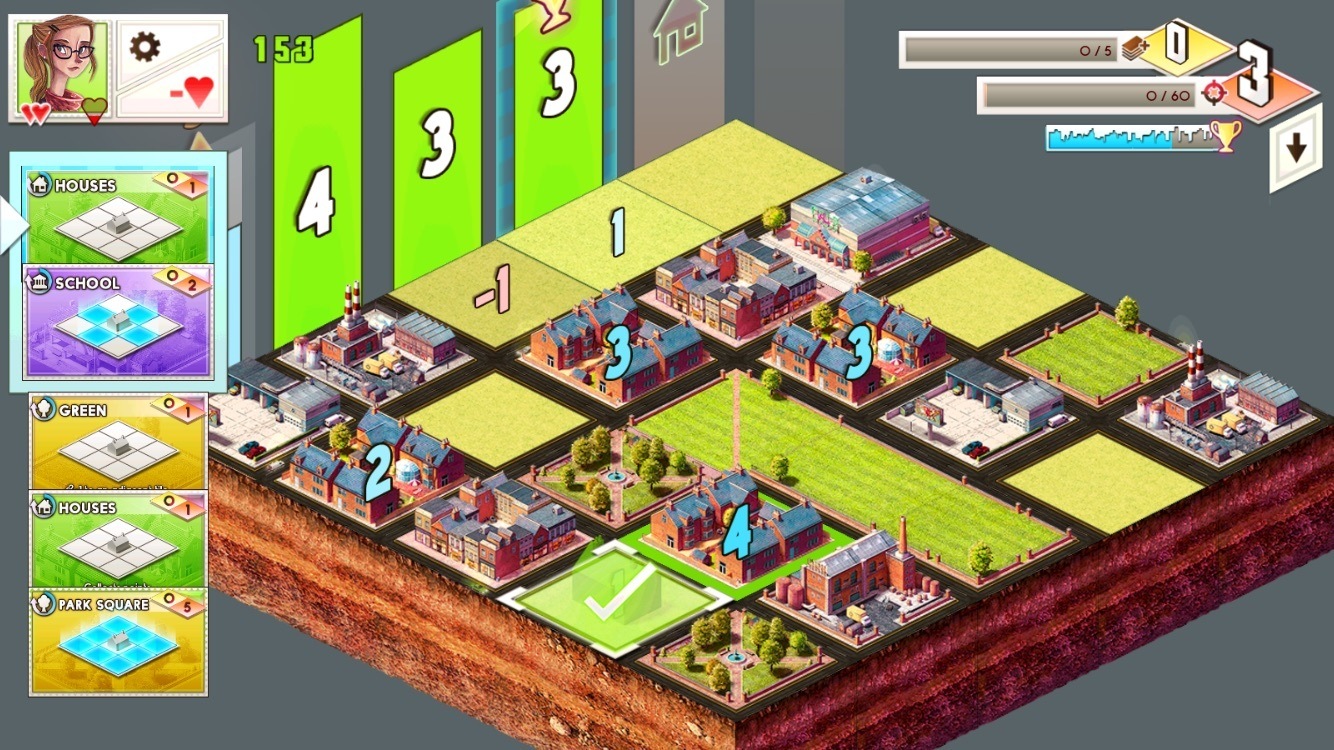 From both a puzzle game and a board game perspective, Concrete Jungle is definitely a good time. Provided you’re looking for something slow-paced and strategic rather than action-y, anyway. It’s a clever mix of concepts with a very satisfying collection of interlaced mechanics that almost (almost) put me in a Tetris-like trance. If that sounds like something you’d be into, I definitely recommend checking it out.