Chroma Squad Review: Even Better Than the Real Thing 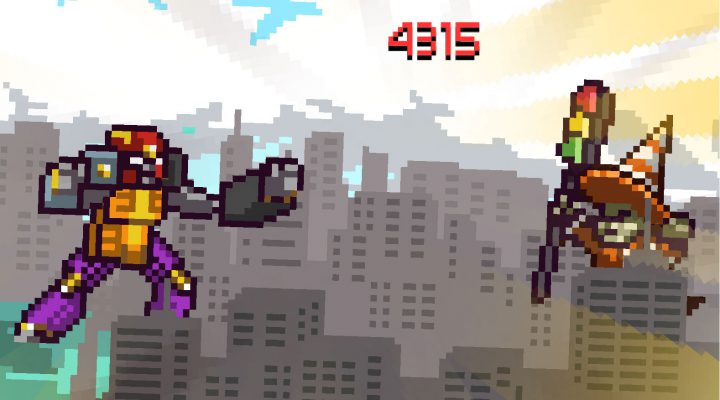 Works as both a Power Rangers tribute and parody.

Some of the humor could be lost on those not well versed in sentai shows.

Leave it to U2, back when the group was at the height of its powers as the world’s greatest rock band, to come up with a succinct way to summarize Chroma Squad. Much more than another tactical RPG (though it is that too), it serves as an homage to sentai shows like the Power Rangers franchise and skewers them simultaneously, something Behold Studios has already proven adept at doing.

Very much a story-driven game, Chroma Squad begins when your group of five (of course) stuntpeople get fed up with the working conditions laboring for Dr. Soap and decide to break away and start their own studio on the cheap. Just like that, the titular Chroma Squad is born, though you’re free to name your new show and its colorfully clad heroes anything you wish, plus you can cast the roles from an amusing variety of actors, each with their own special traits. You do, however, need to stick to five time-honored archetypes for your heroes: Lead, Assist, Techie, Assault and Scout.

The idea is to shoot the best possible season of your new show leading up to a season finale after a pre-determined number of episodes. While each episode has a specific theme and bit of plot, you have some freedom as to the order in which you film them. Ideally, your series is both profitable and as highly watched as possible; you can use the money earned to improve the studio and the costumes worn by your heroes, while failing to bring in fans could lead to early cancellation. 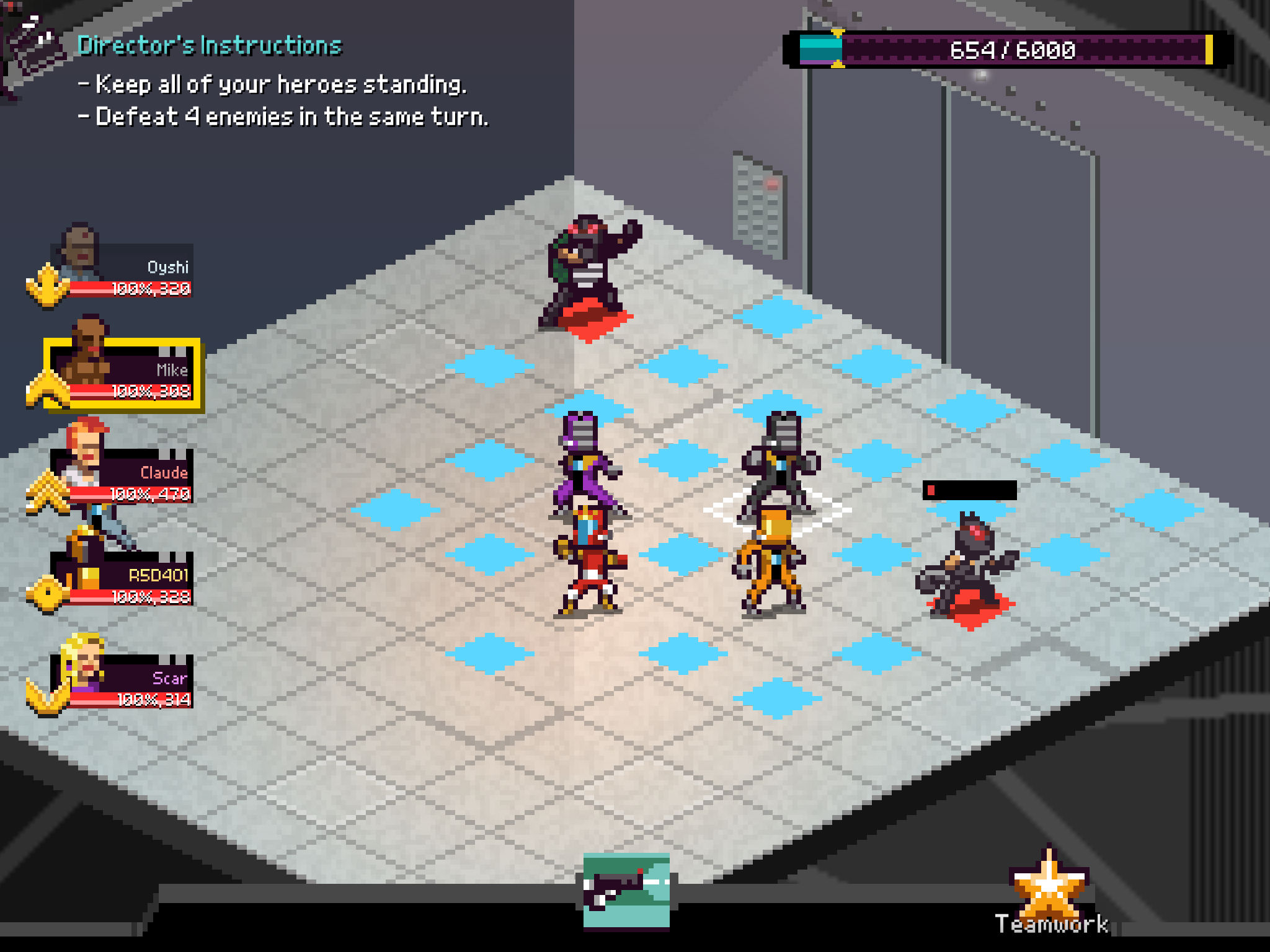 Those concepts spill directly into combat as well. Not only do you want to keep your heroes in one piece long enough to take out the bad guys, you also need to be cognizant of putting on as entertaining a show as possible. That can mean flashy acrobatics when simple punches and kicks would suffice and heeding the director’s instructions for every scene in order to maximize your audience. These additional goals and constraints really help separate Chroma Squad from other tactical RPGs, and while there are three difficulty settings, even the middle one we used for review purposes provided plenty of challenge.

Naturally, there are things like a transformation sequence, a grand group attack that works as a finishing move if you get all five heroes in the right position and a giant mecha that adds an additional, even more pixelated twist to the gameplay. Plus you can craft new and improved parts for the mecha too, and if it ever falls in battle, that’s where you’ll see the power of the fandom you’ve acquired really start to pay off. 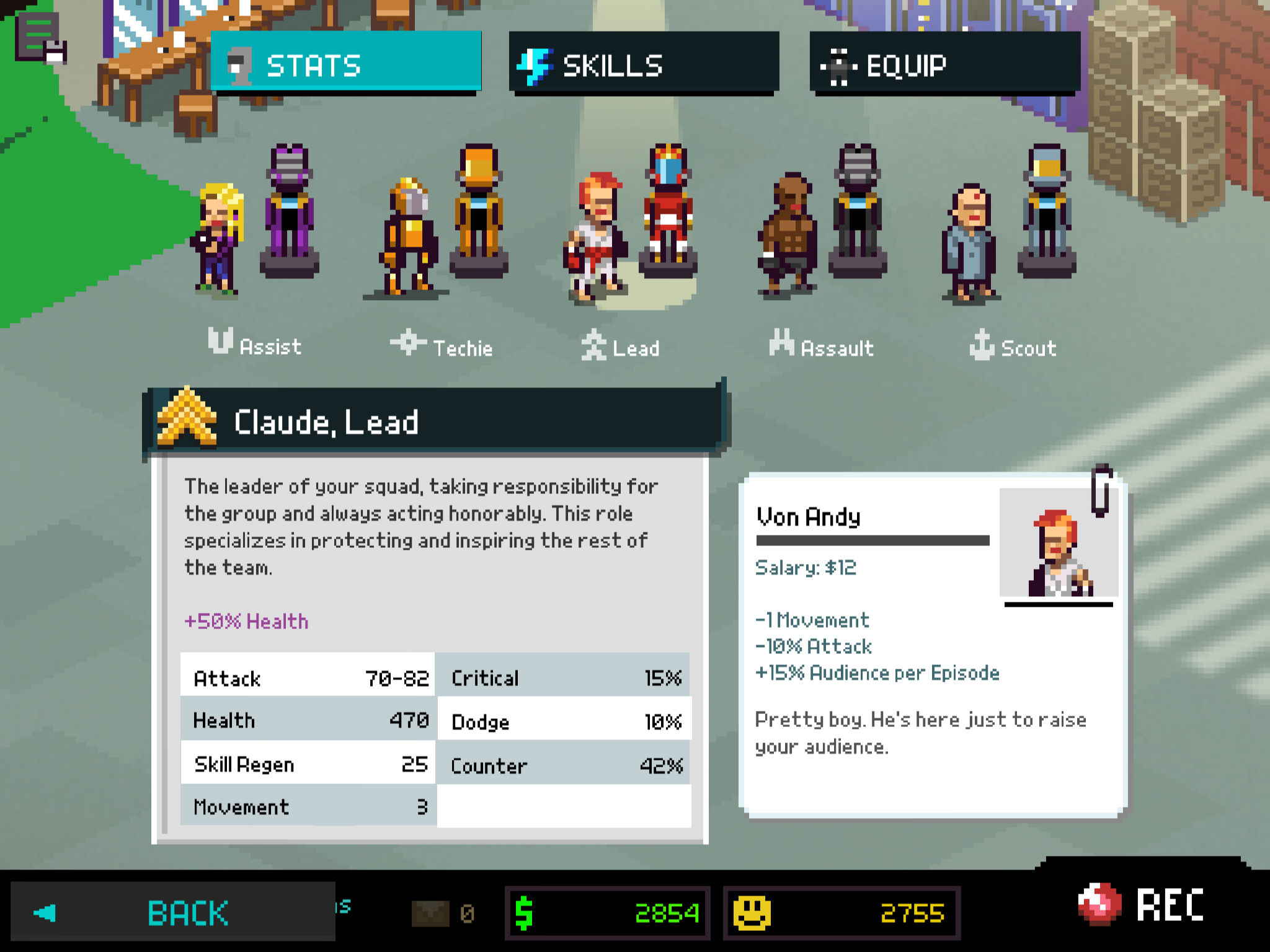 Early on, you’ll get the inklings that there’s a larger narrative going on than just to keep your sentai show going as long as possible, but the developers parcel out the story in perfectly paced fashion. It helps that the humor is as on point as it was in the Knights of Pen & Paper games, even though Behold sticks to needling one specific genre here for the most part.

Also similar to Behold’s previous work are the retro graphics, music and sound effects. This kind of stuff is arguably approaching the point where it’s overdone, but it’s right in the studio’s wheelhouse and thus very well done. Plus, since the Mighty Morphin Power Rangers date back to 1993 (you can look it up if you find it hard to accept), rendering these particular adventures in 16-bit style is fitting. 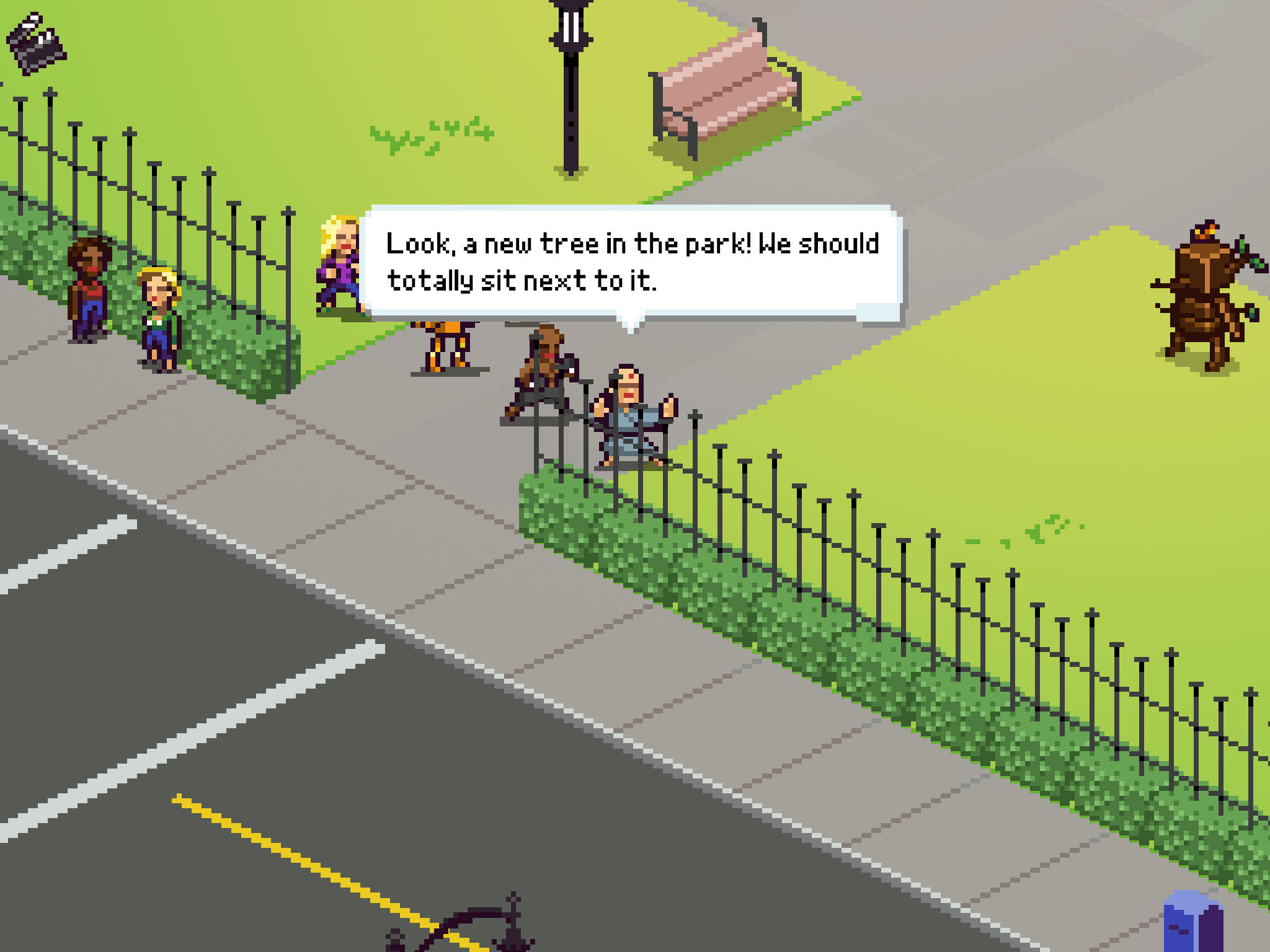 In fact, if you’re old enough to go all the way back to the beginning of the Power Rangers brand, you’ll probably enjoy Chroma Squad on a level that younger gamers might not appreciate. The nice part is that it’s of high enough quality that anyone can enjoy it, and the fact that Bandai Namco published it gives the game an extra special seal of approval. Get ready to be shouting “Lights, Camera, Chromatize!” at random moments and have other people looking at you strangely. Unless, of course, they’re playing too, in which case they might flash you a knowing smile.