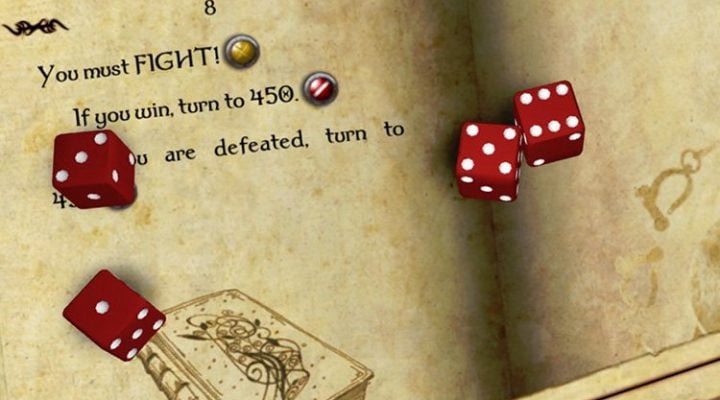 Choose-your-own-adventure books, or as we prefer to call them these days, gamebooks, were massive in the 1980s. I know, because I was there. Tattered old copies of Deathtrap Dungeon and City of Thieves, which have been with me since childhood, stare down at me right now from the bookshelf above my desk.

But as the 90s got into full swing the trend sadly vanished, and it seemed the art of gamebooks was gone forever.

Thankfully, that wasn’t the case. As smartphone gaming changed the industry, it brought the wonderful world of interactive fiction back to life. Not only back to life, but better, stronger, faster. Where some would argue that a digital book is a lesser entity than its print and paper ancestor, no one says the same of the digital gamebook. It’s easy to see now how this rejuvenated artform had blossomed on the touchscreen, and found a new, more luxurious home in the digital world.

We’ve seen the classics resurrected and new additions arrive that dwarf what would be possible in a physical book. And interactive fiction has connected talented new authors with game studios in a powerful medium that even AAA video games struggle to achieve.

The gamebook is back, as you can see from the five we’ve selected below in celebration of World Book Day, and this time it’s not going anywhere.

If only there was a way to keep your finger in the page of a digital book, the world would be complete.

Gamebook Adventures – An Assassin in Orlandes 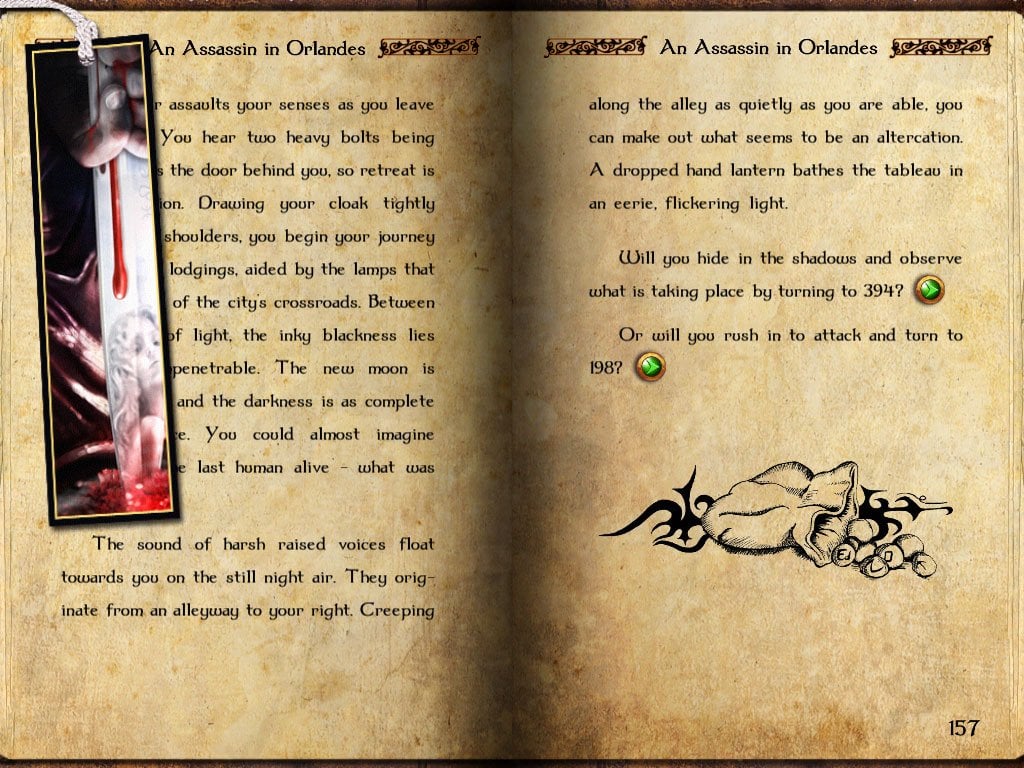 When it first became apparent that gamebooks were the perfect medium for smartphone reading, those who were making them focused mainly on licensing and reviving an CYOA book from decades hence. Tin Man Games was one of the first to commission new works of interactive fiction, and it all began with its Gamebook Adventures series.

We’ve picked An Assassin in Orlandes because it’s the first in the franchise, but you’re well advised to check them all out. These are new stories that follow the classical structures that established the concept back in the Fighting Fantasy days, with great dark fantasy settings, tough choices, hard battles and quests of Tolkienian magnitude.

If you’ve not picked up a gamebook since the Reagan administration, but don’t want to retread old ground, start right here with An Assassin in Orlandes. 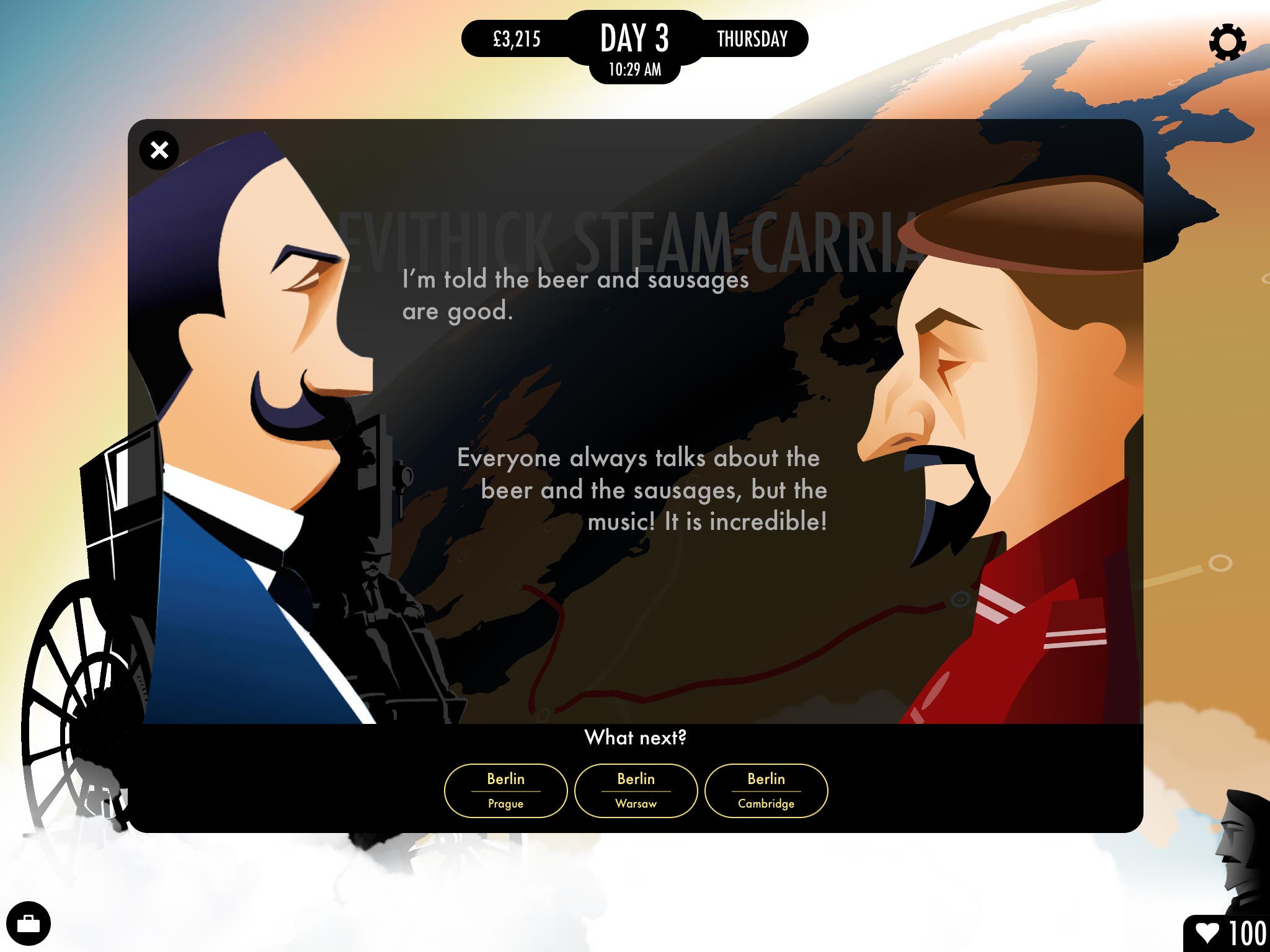 If I were making gamebook apps, Inkle is the developer I’d most fear. These guys understand interactive fiction like no one else. From the creative process to building powerful storytelling engines and crafting epic non-linear tales, Inkle does it all, and does it unbelievably well.

80 Days is a re-engineering of the classic Jules Verne story, brought to life as the old writer could never possibly have imagined. The steampunk adventure boasts over half a million words (though naturally you won’t see them all in one reading) and even keeps track of where players are in the fictional world, adding in an impossible multiplayer angle to the neo-Victorian journey the book takes you on.

You might have your own, personal gamebook favorites, but it’ll be a long time before anyone bests 80 Days in terms of sheer scope and unstoppable imagination. Essential reading for everyone. 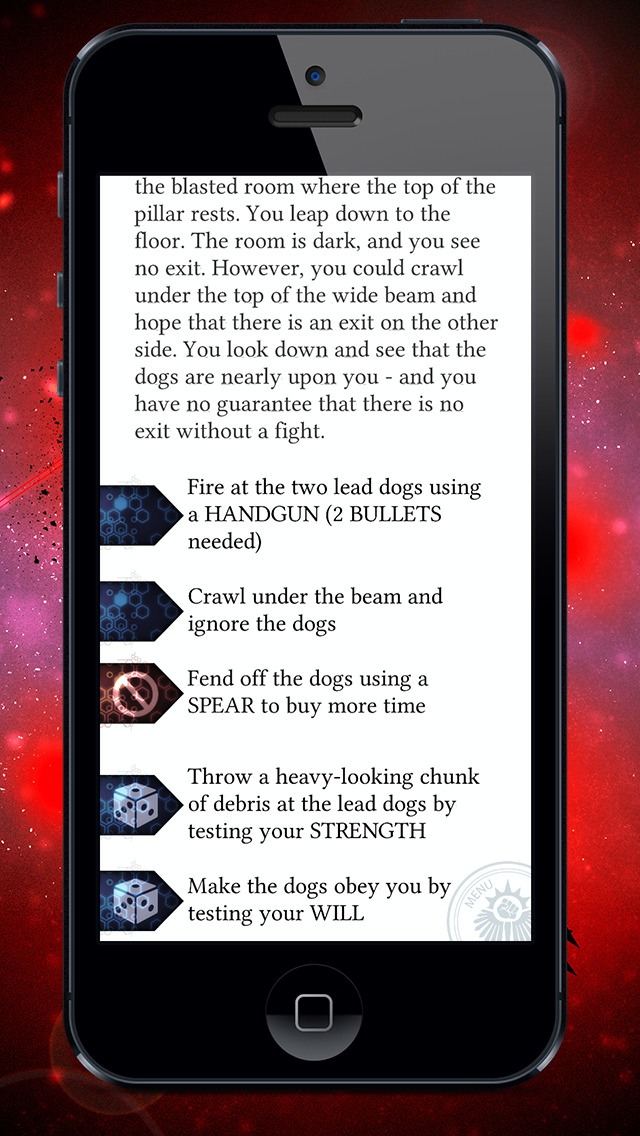 Cubus Games is relatively new to the world of gamebooks, having cut its teeth on the excellent Sinister Fairground. But it was in Heavy Metal Thunder where the Spanish team really hit their stride.

This is an adaptation of a comedy sci-fi epic by writer Kyle B. Stiff, which plunges you into an intergalactic battle in deep space, and offers some superbly moralistic choices as you decide between helping out those inadvertently caught up in the war, or focusing on your mission and ignoring the plight of those who get in the way.

Heavy Metal Thunder is the first part in a series of celebrated gamebooks that look truly stunning on the touchscreen thanks to some spectacular artwork and a full soundtrack that adds a superb depth of atmosphere. 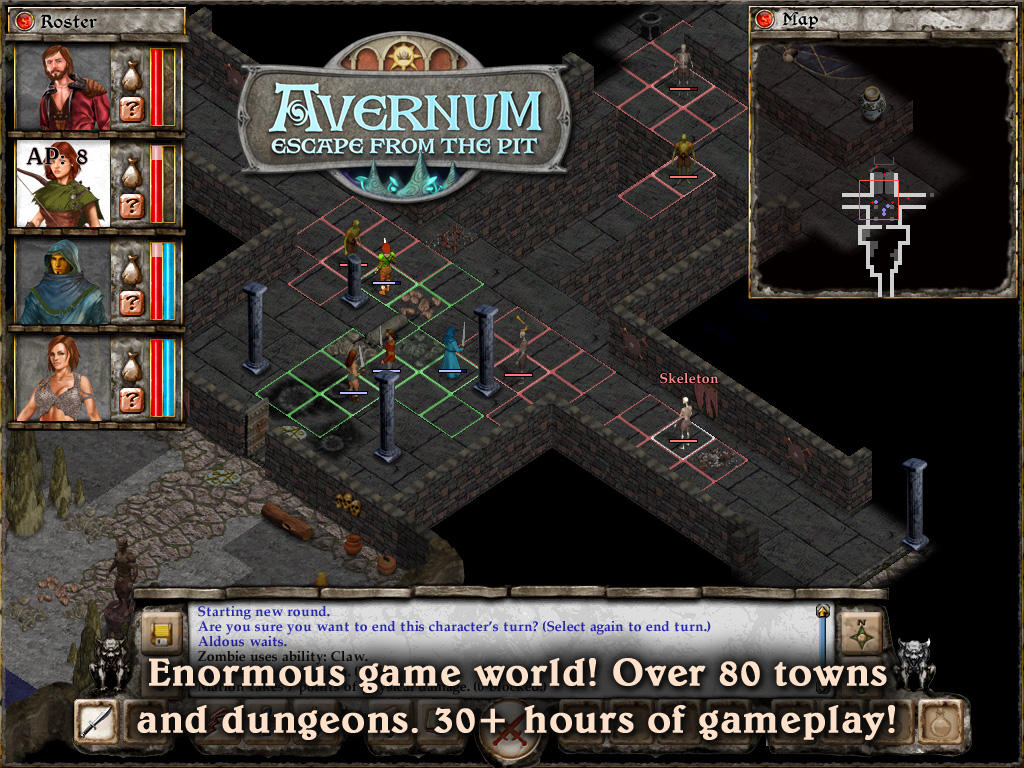 If Fighting Fantasy had one major rival back in the 80s, it was Lone Wolf. Plenty of readers chose their side in the gamebook wars, and stuck with them, shunning the other books out of the kind of loyalty that only hardcore gamers understand.

So naturally Lone Wolf was at the top of the list when it came time to start digitizing the classic gamebooks, and French developer Bulkypix tackled this epic task. And it was epic, since Lone Wolf was structured very differently to the FF stories.

The plot here spanned many books in the series, and included ways to create and evolve your own very distinct character. Doing so impacted the way the story developed, and although it was a lot more in-depth and complex back in the day, it’s a mechanic that translates beautifully to the modern RPG gaming mind.

The digital version has also swapped out the dice rolling for on-screen fights, which is an update that we thoroughly approve of. 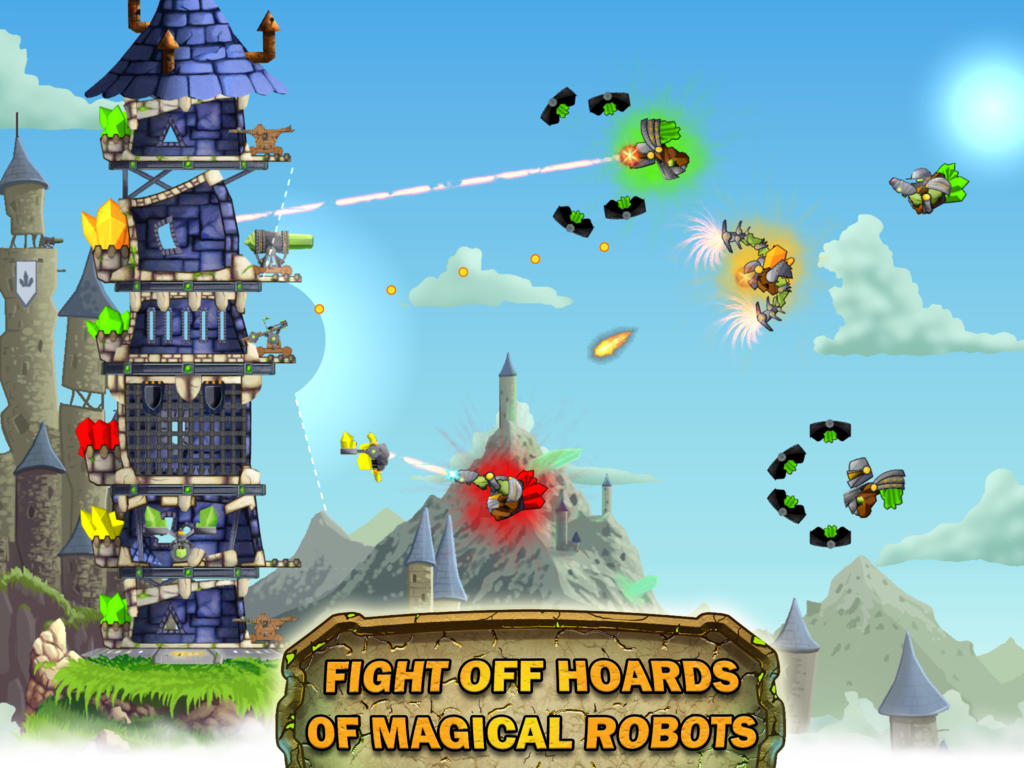 Another gamebook from Inkle, but unlike 80 Days this is an adaptation of an original paper and print book. We’ve chosen the sequel here, because it’s conversion is particularly remarkable, but the first gamebook is also available and is just as essential reading.

Originally written by gamebook royalty Steve Jackson, this is a four part series that also features a branching story arc that’s carried through all the book. For now, you only have parts one and two as digital adaptations, but their touchscreen makeover is nothing short of stunning.

Thanks to Inkle’s powerful interactive story engine, the events of Sorcery! 2 seamlessly rewrite themselves as you go, based on previous choices, actions, and the outcome of battles. This is something that would be impossible on paper, and that’s exactly what we look for in a digital gamebook.

If you didn’t read Sorcery! the first time around, you’ve no excuses now. 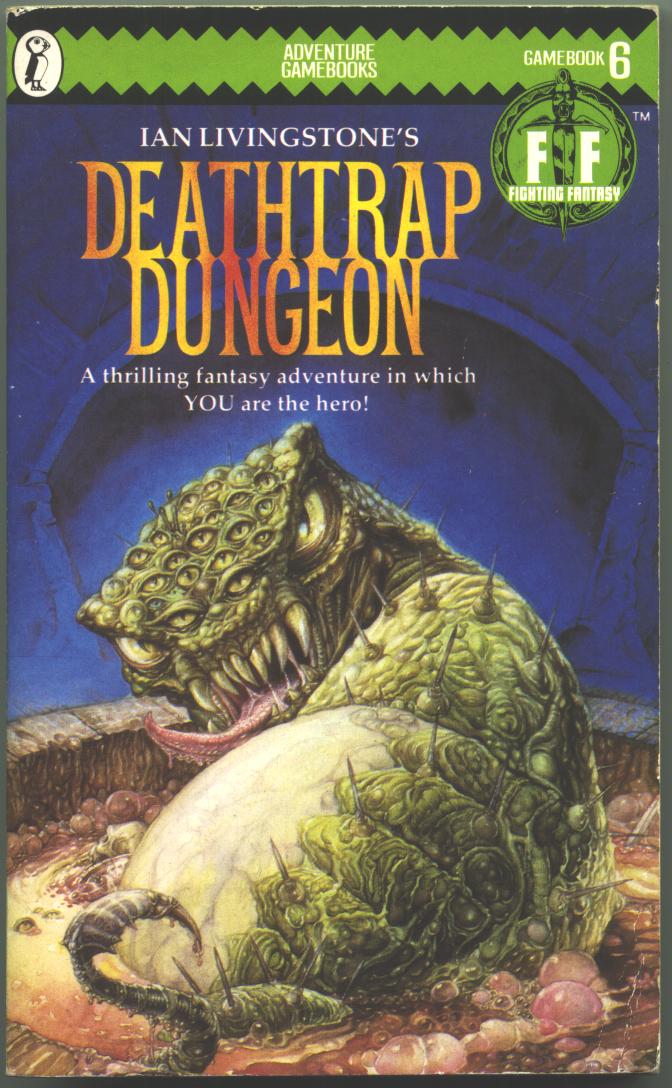 We’ve already sung the praise of Tin Man Games here, for its admirable efforts in creating new works of interactive fiction. But we must also salute its work in bringing back the classics in digital format, many of which began their life in the hallowed tomes of Ian Livingstone’s and Steve Jackson’s Fighting Fantasy franchise. Although this is still promised as a work in progress from Tin Man Games and not yet available, it still demands mention (for now, hit up eBay and grab a paper copy).

Deathtrap Dungeon takes you on a Conan-esque trek through the eponymous underground lair, pitting you against all manner of devilish booby traps and monstrous leviathans in whatever would pass as a hyperborean reality show. People enter the dungeon for fame and fortune, but few ever come back out. Seriously, I’d watch that show.

Has Deathtrap Dungeon aged all that well? Maybe, maybe not. But it’ll always remain my own personal favorite, and I couldn’t sleep if it didn’t get a mention here on World Book Day. The story itself is built more from a series of vaguely connected scenes that skip from one to the next until you either die, or find your way out.

But that’s really not important. The dungeon itself lives and breathes, and is the foundation upon which many other great gamebook stories were built. No one’s collection is complete unless Deathrap Dungeon is present.

10 New iPhone and iPad Games Worth Playing This Week

The 8 Best iPhone, iPad and Android Games of February 2015