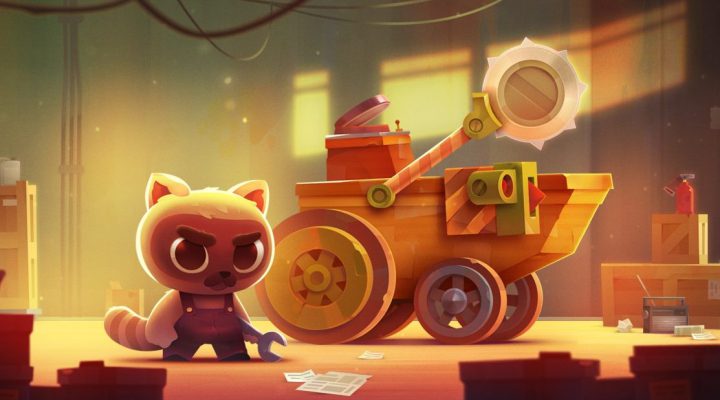 Violence isn't graphic - can be enjoyed by young and old alike!

Being able to sit back and watch your car battle on your behalf is surprisingly enjoyable!

Lack of ability to go hands-on in battle might be frustrating for some.

The waiting for boxes to open can get excruciating if you can't splurge on gems.

The acronym is no accident – CATS: Crash Arena Turbo Stars is another mobile game starring humanity’s favorite feline companions. We’ve seen cats in space. We’ve seen cats flung into boxes. We’ve even had cats trying to help us get fit.  We’ve had cats on our phones in every way imaginable. Now, thanks to ZeptoLab (of Cut the Rope fame) we have cats in a Robot Wars-style battle arena.

This is a lot of cat-related content. Even for a cat person, it might be too much (seriously, where are all the dog-themed mobile games?), but if you skip CATS because of the cats, you’ll be missing out. When it comes right down to it, there’s nothing cute and cuddly about these feline friends and what they get up to in battle. It can be downright savage. While it was in pre-release, CATS was called Backyard Battles, and the original title might be more apt.

At its core, CATS is about building ridiculously cool vehicles and taking them into simulated battle. Sure the drivers are cats, as are your guides throughout the game, but in terms of how you interact with CATS it is less a game about cuddly critters and more a game about clever engineering.

Those that enjoy being behind the scenes — sorting through collections of parts for those that’ll make the strongest vehicle, fusing parts carefully and placing bets like a racetrack pro — will undoubtedly love the game. However, those that like to be hands on in the action, leaving no part of the game experience out of their direct control, will probably find this game isn’t a great fit for their definition of fun.

The idea of relinquishing control within the battles themselves might be scary to some, but with all the button smashing battle games out there, it’s nice to have a little distance, trusting in your vehicle to get the job done (or not). You’re not always going to be successful, but both winning and losing are normal parts of life and it makes the game interesting. 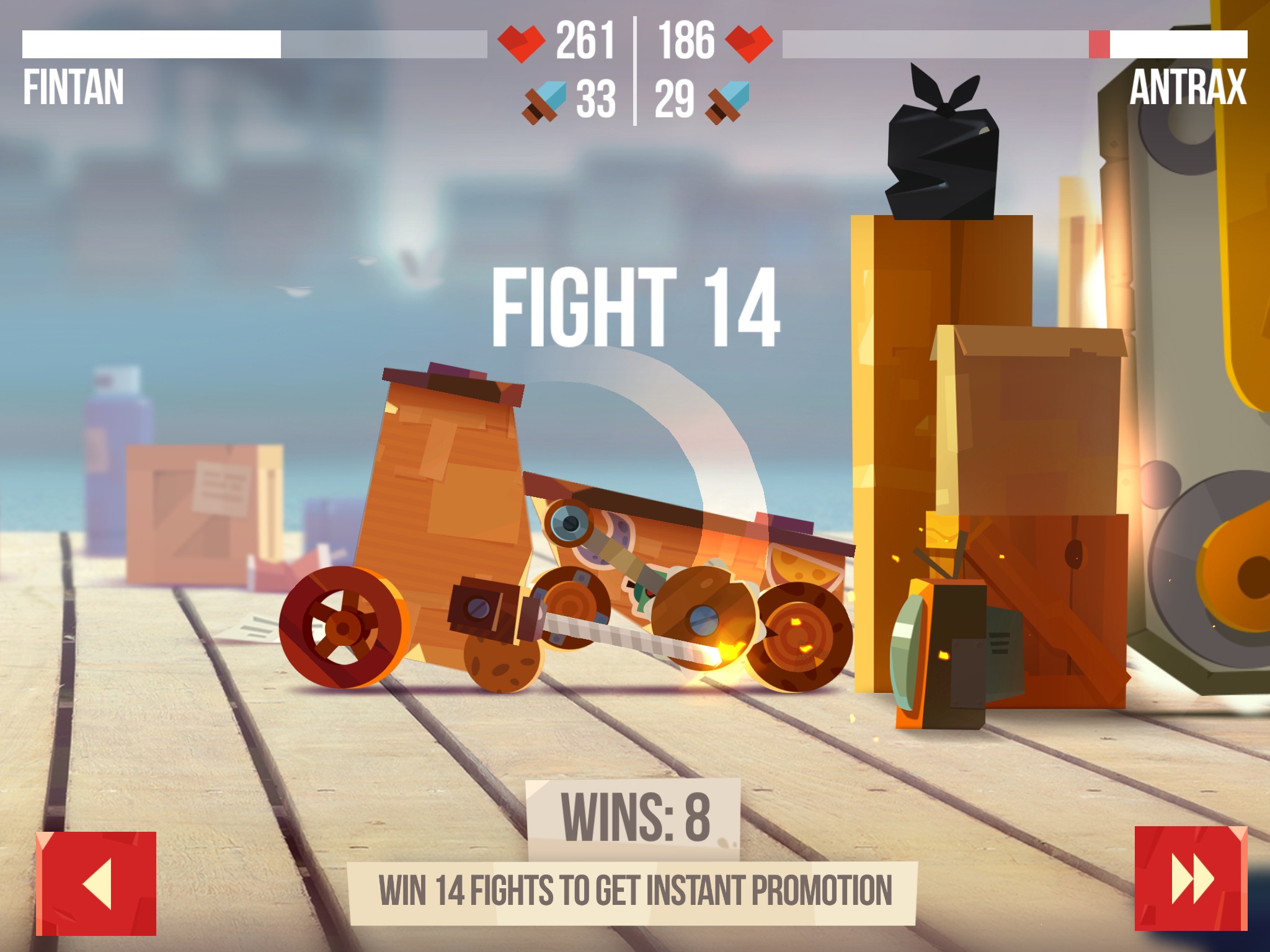 CATS: Crash Arena Turbo Stars is free-to-play with the only in-app purchase being gems, which is its premium in-game currency. The gems can be used to buy additional boxes containing parts and other supplies, but given that what’s in the box is a crapshoot, it’s definitely not a game you can easily buy your wins in. At the end of the day, having all of the parts in the world won’t help you if you don’t put them together wisely.

When it comes to the visuals, there really aren’t enough great things that can be said about CATS. The rich 2D animation is as good as anything you’d see in the best animated television shows. The vehicles move exactly how you’d expect them to given their centers of gravity, wheel size and material.

As unpleasant as what happens in battle is, it’s still suitable viewing (and playing) for the whole family. Everyone can watch and anyone can play. It’s worth noting that even in defeat, these cats don’t die. They’re whisked away by parachute as their vehicles blow up underneath them.

Spirit of Revenge: Cursed Castle Review – All Fired Up