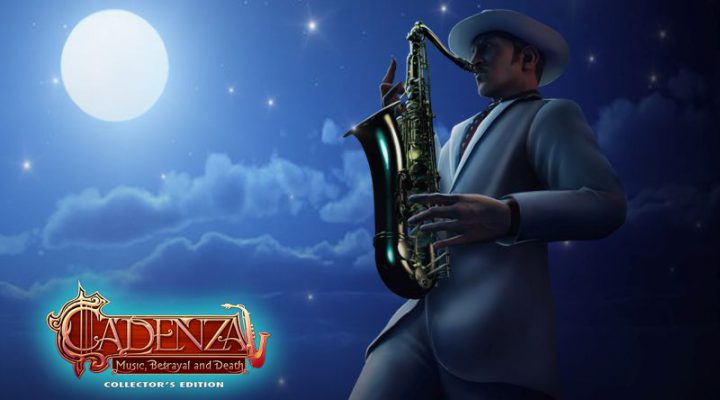 Focus on character development instead of jump scares.

Most mini-games are really short and simple.

Here’s something you don’t see every day: a hidden object game set in New Orleans. Something else you don’t see is an adventure centered around jazz and jazz musicians. Even more unusual is when one of those musicians crashes a show, starts playing the saxophone, and everyone within earshot is hypnotized and frozen in time. Talk about the power of music, right?

Cadenza: Music, Betrayal and Death is set in the luscious land of New Orleans in a time when jazz ruled the hearts and minds of everyone. You’re on the way to see your father at the famous Jazz Pepper Club when the above incident occurs, locking him and everyone else in a state of suspended animation. To get at the root of the problem, you’re gonna have to do some puzzle solving in the streets and shops of this town. Just keep an eye out for those Mardi Gras party people, ok? 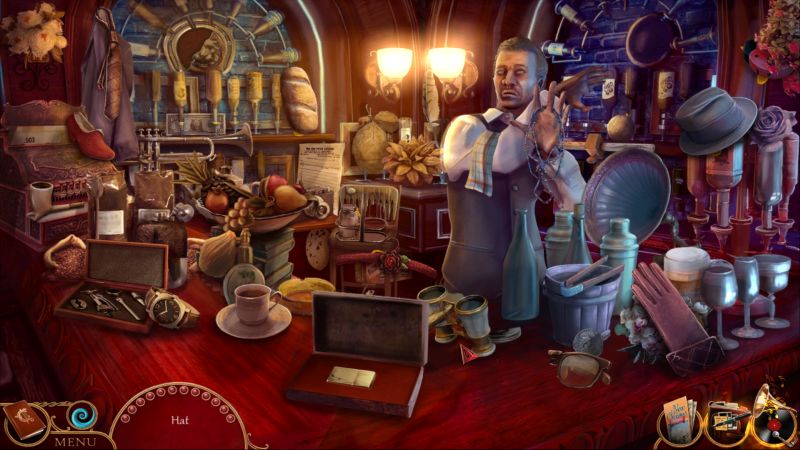 Item collecting and puzzle solving drive the core of Cadenza. Many of the objects you’ll pick up will have a little plus sign in the corner of their icon, indicating they can be interacted with. Most of these will utilize a simple quick-click solution, things like flipping open a pocket knife or reshaping a piece of wire. Other objects will need to be combined with inventory items, giving you some room to experiment. Mini-games are a frequent occurrence in Cadenza, but they’re so short they might as well be micro-games.

Hidden object scenes in Cadenza are really unique. You’re not searching for items so much as you are hunting for musical notes. One type of HOG scene displays a semi-circle with the name of an object or a picture at its center. If it’s a picture, click the item and use it somewhere on the screen. Hints can tell you exactly what to do, but most of the time it’s fairly obvious with tasks like pairing up gloves or adding more fruit to a bowl. If the semi-circle displays a name, search the scenery to find the named item, then click to remove it. Beneath you’ll find a music note. Click to collect it and slowly fill the beads on the edge of the semi-circle. Other hidden object scenes simplify things a bit with tasks like showing you a silhouette and challenging you to find its match somewhere in the clutter. 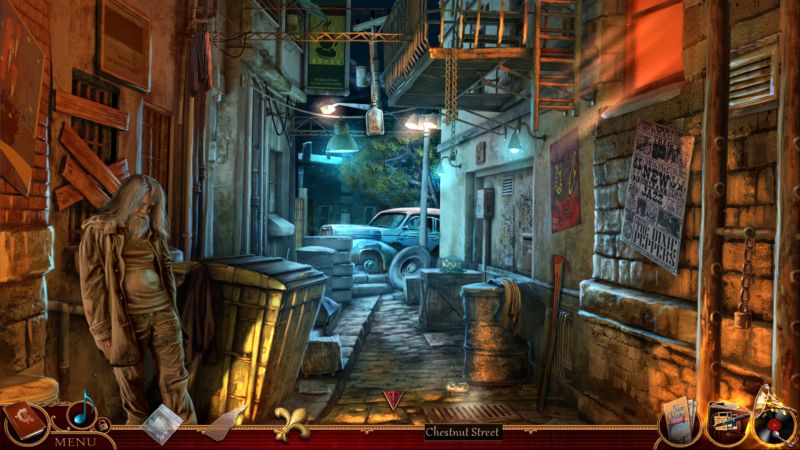 Cadenza is a very dense game, with most of what you need located in a confined space. This means a lot of back and forth between a small set of screens, but it also means those screens have plenty of things to investigate. Almost no piece of scenery goes to waste, giving this corner of New Orleans a very realistic feeling. Cadenza also avoids a number of hidden object tropes by letting you perform some simple tasks without having to locate additional items. Found something that needs dusted off? Just use your hand, no need to track down a towel. Thank you, Mad Head Games!

Cadenza: Music, Betrayal and Death is one big thumbs up. The setting and character driven story alone would have made this a stand-out hidden object game, but the amazing puzzles, clever set designs, an unique hidden object scenes really round out the experience. If you’re looking for something a little different, Cadenza should be at the top of your list.