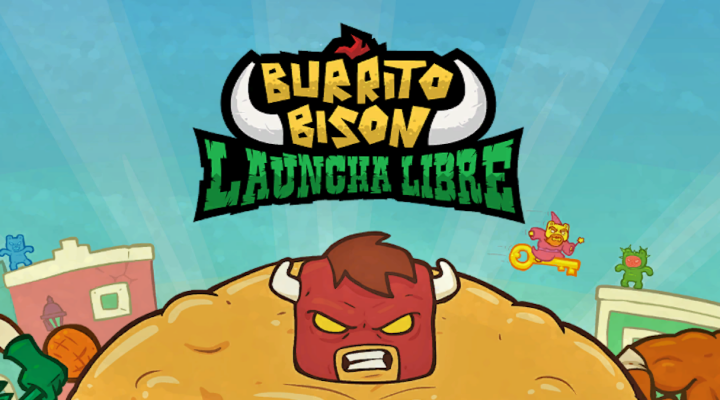 Lots of ads to watch if you want to get ahead

Burrito Bison: Launcha Libre is one of those games that you start playing for a couple of minutes, then you realize you should have gone to bed a while ago and you haven’t blinked in at least an hour. It might start out invoking thoughts of ‘eh, this is OK,’ but it’s not long before you lose a lot of time to it. Seriously, I kind of want to go back to it now.

The premise is typically wacky. You control one of three quirky wrestlers as they attempt to fend off an invasion of gummy bears. To do so, you have to propel yourself from the wrestling ring, bouncing off an opponent before flying through the air, bouncing off gummy bears, and collecting many power-ups along the way. 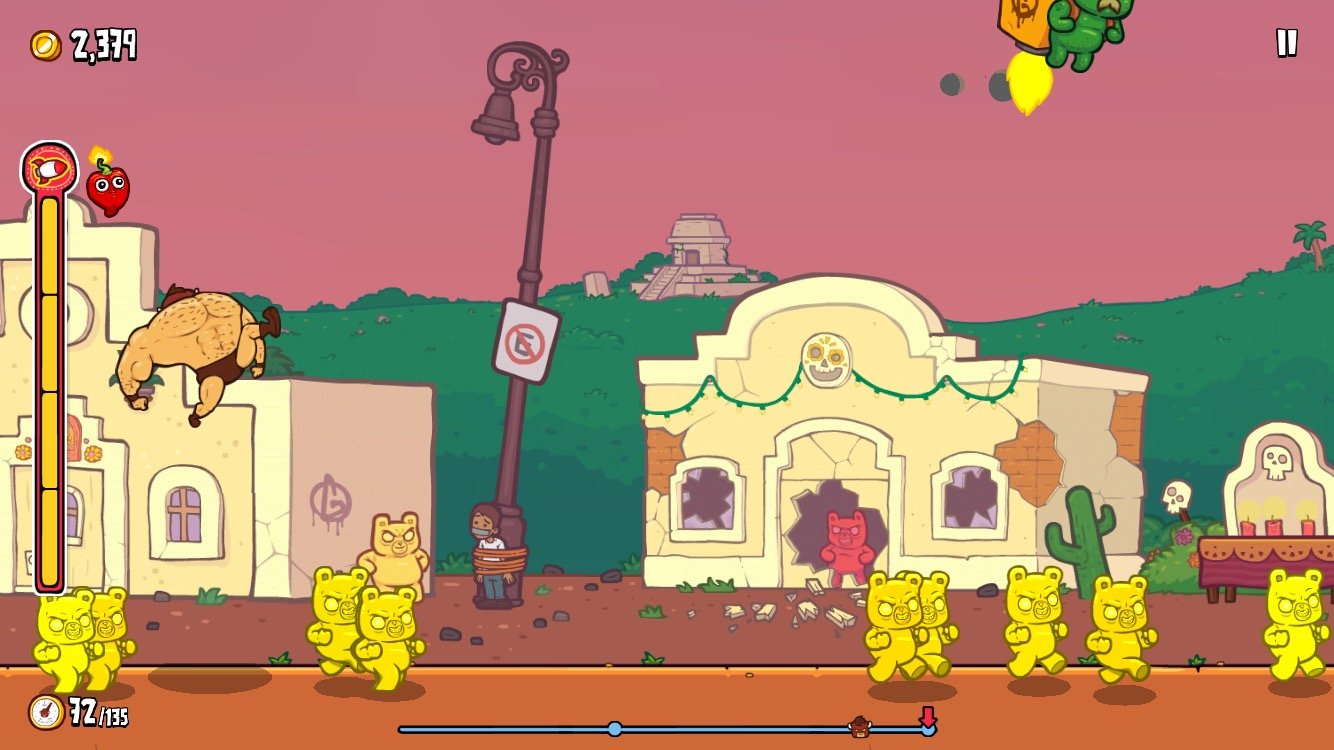 Early on, your runs won’t be great. This is for two reasons. One, you’re new to this and don’t know the finer nuances of the game just yet. Two, you haven’t upgraded your wrestler. Burrito Bison: Launcha Libre is full of upgrades to make things better. Like the best Endless Runners out there, Burrito Bison: Launcha Libre liberally scatters upgrade options at you meaning there’s always something new to aim for. That could be something as straight forward as improving your top speed, or it could be boosting one of the powerups you come across along the way.

You see, you’re not just bouncing on gummy bears. You can also collide with bombs that throw you into the air, or you can snag onto passing flying objects. A lot of this is down to when you hit the bounce button, causing you to body slam onto the ground then bounce straight back up. It’s a simple way of doing things, but it’s intoxicatingly addictive. 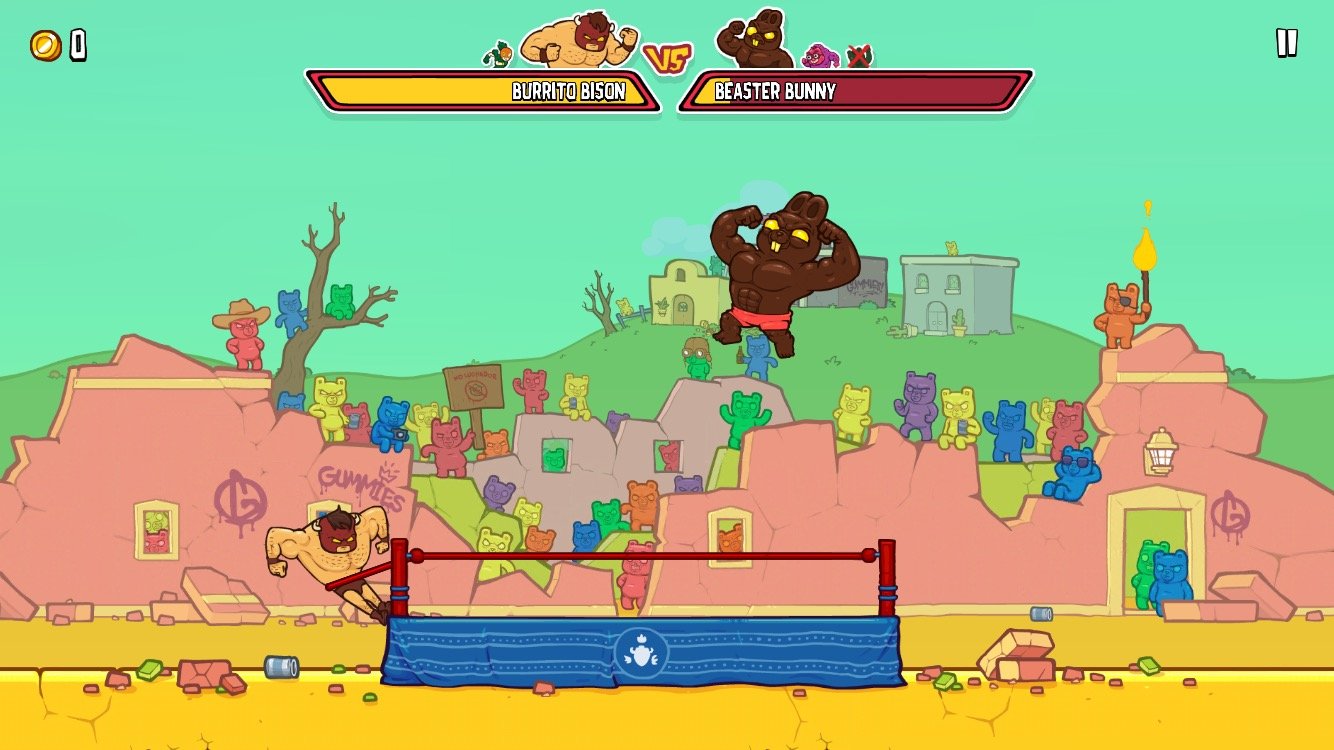 Every time you finish a run, you look at how much further you got and how many coins you gained along the way, then you end up leaping straight back in for more. Much of this is thanks to the little details within Burrito Bison: Launcha Libre. For instance, your opponent in the ring changes once you knock their HP down to 0. Each opponent offers you a different amount of coins, as well as a different form of challenge, meaning even starting out is slightly different from usual.

The upgrades might initially seem very expensive, but Burrito Bison: Launcha Libre is pretty good at easing the way. You can collect pinatas wile competing, which lead to better bonuses. By smashing one up (which, unfortunately, requires watching a video ad), you gain a few cards which can provide you with temporary boosts, coins, or a substantial discount on one of the upgrades. It makes all the difference in your bid to become even better than last time.

That simplicity is what keeps you coming back again and again (and again). It’s clear that Burrito Bison: Launcha Libre isn’t going to be a lifelong love. These kind of games rarely are. But it is the kind of addiction that is fast, hard, and fleeting. It’ll hook you in like nothing else for a little while, urging you onto upgrading everything in sight, and enjoying that wonderful sight of a wrestler bouncing on top of gummy bears. Sometimes, absurdity is all you need to make a game so beguiling.