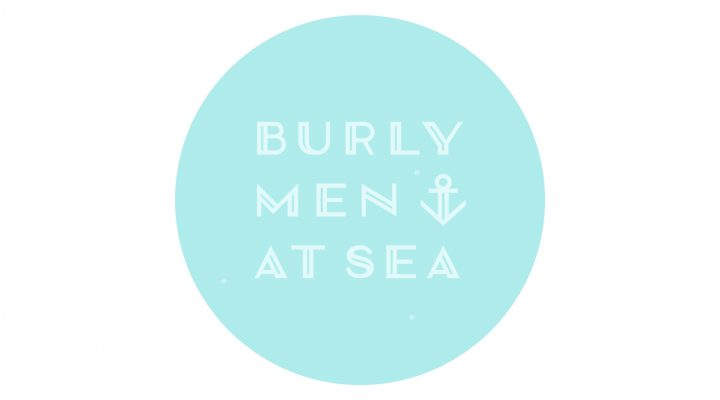 Every scene is gorgeous and perfectly designed to match the storybook aesthetic.

Charming from the opening scene to the final page, with lovable characters and writing.

A clever, tangible surprise once you complete an adventure.

Would have liked more variety in the first and final events of each playthrough.

Some interactions and options are a bit unclear.

Burly Men at Sea is the second “quiet adventure” from two-person development house Brain&Brain. Their first, Doggins, was a short but sweet hop into a terrier’s dreams of space flight, time travel, and villainous squirrel shindigs. This love of the fantastical is revisited in Burly Men at Sea’s oceanic voyages inside the belly of a whale; past a talking mountain; and even to the very bottom of the watery depths, where mystical talking sea creatures reside. Players who felt Doggins’ adventure ended too abruptly will be pleased to know Burly Men has a lot more meat on its bones, but it’s still focused on short bites of something very special. 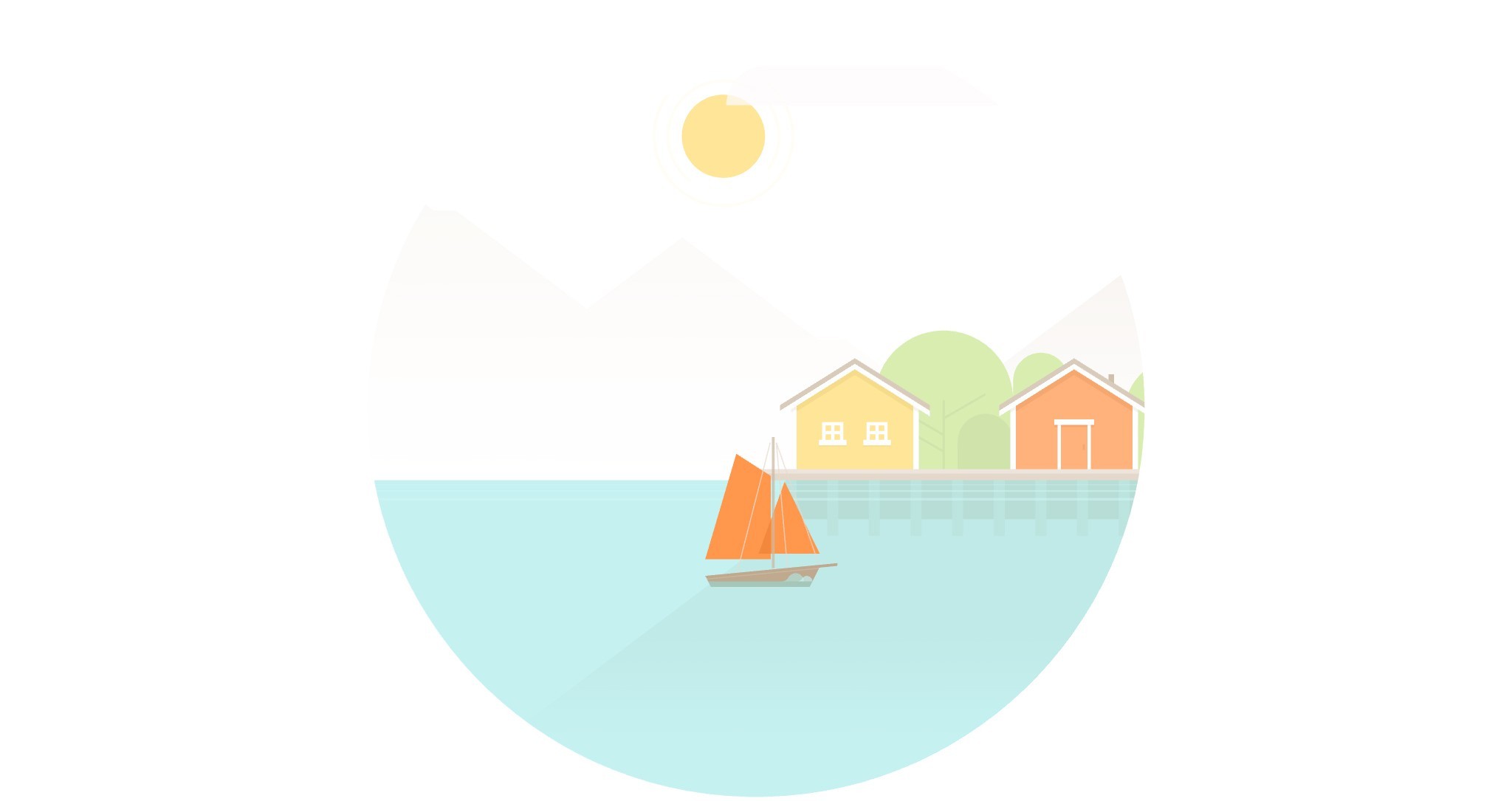 While Doggins could easily be called a point-and-click adventure thanks to its item collection, inventory management, and puzzle-solving, Burly Men at Sea does not fit so easily into the genre mold. It features none of these devices, feeling much more like a choose your own adventure storybook than a classic point-and-click game. Its progress is not from solving puzzles but in adding to your ever-growing collection of tall tales about your endless adventures. It is a game that rewards both storytellers and storylisteners, as you are both: the guiding hand that keeps the tale going and the delighted reader who is surprised by the turn your story has taken.

That story follows the Brothers Beard, three robust fishermen who discover a strange map in their nets one morning. The map’s strangeness is borne of its seeming uselessness: it plots only the location of their own island and nothing else. Curious and thirsty for adventure, the brothers seek out the owner of the map, who claims there is more to its empty waters than may appear. The bearded heroes set out from the island in search of the “adventurous deeds and heroic feats” promised by the mapmaker and are promptly swallowed by a whale.

What happens next is up to you, the player-storyteller. Although you don’t have direct control over the brothers—Brave, Hasty, and Steady Beard respectively—you do guide them on the paths they will travel. Most of your interaction with the world is through pulling back the curtain of the current scene and showing the Beards which direction to go. Sometimes you’ll affect the world around them, like sending a bird fluttering away or lighting a dark cavern so they can find their way out. You’ll often have the power to help or hinder them, choosing whether you save them from the jaws of a toothy beast or allowing them to be chomped instead. There is no fail state, and even seemingly disastrous choices (like becoming lunch) will simply send them down a different path. 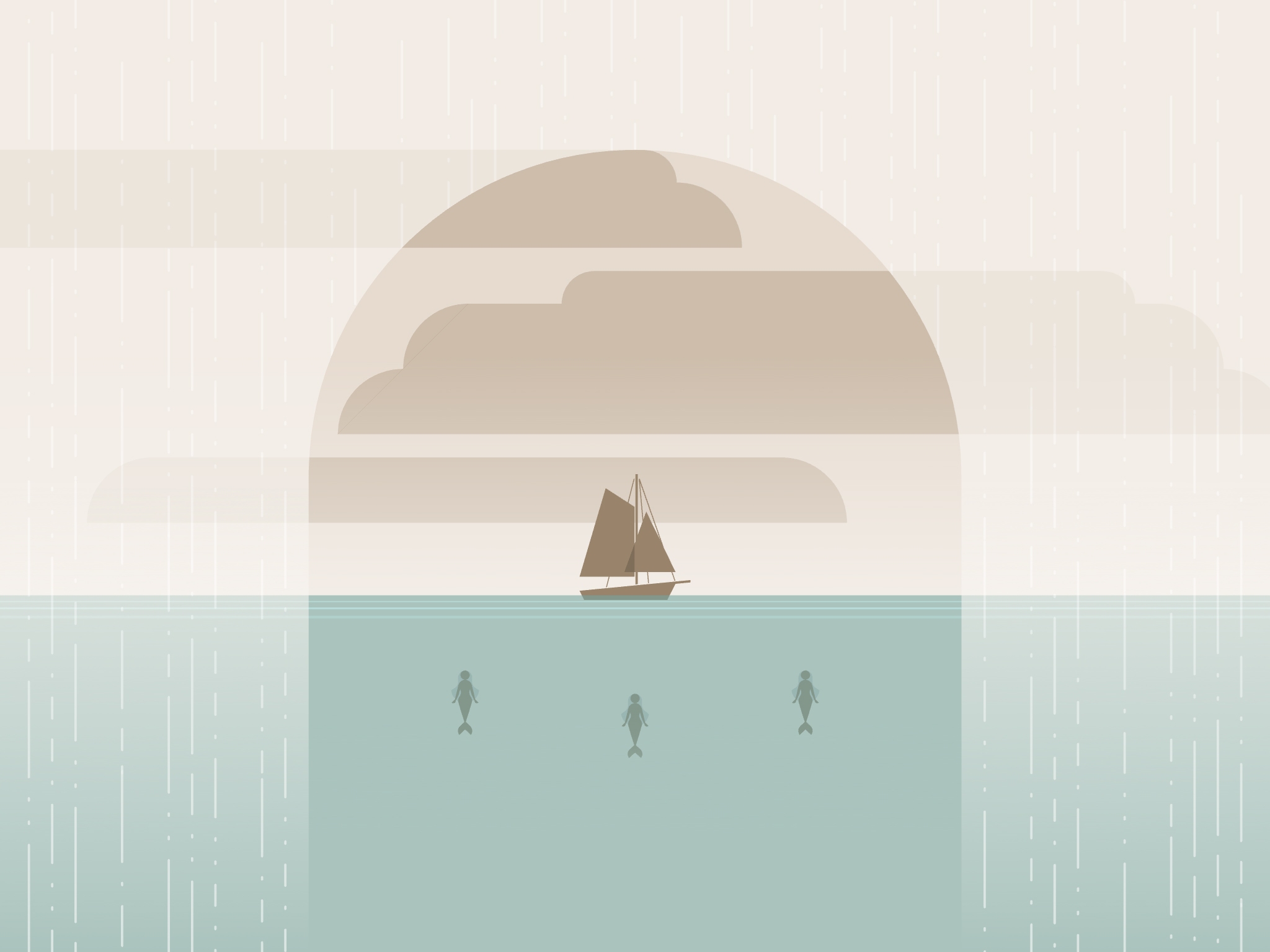 The brothers will encounter four major events in their travels, always starting with the whale and ending with another recurring creature. The two events between these plot points will vary depending on the choices you make. You can wait and see where the whale will take you or try to find a way out of his belly; each choice will lead to a different second event. How you approach this event will lead to a different third point, and so on. Once you encounter all four events, the brothers will return home and begin their adventures again, if you choose to do so.

Returning to sea and exploring other options is a crucial part of the game and the only way to experience everything Burly Men at Sea has to offer. On each voyage out you will only be able to live through four events, but the game has more than ten different encounters available and multiple ways to play out each one. Even if you run into the exact same events on subsequent voyages, you might have slightly different experiences: for instance, during a run-in with a pod of seals on one trip, our brothers ended up sinking to the ocean floor. On another run-in, we were able to swim to the surface, despite the same main event occurring both times.

While this constant cycle of replaying plot points may sound tedious, Brain&Brain have made it a rewarding part of the adventure by actively acknowledging repeated events. The brothers remember what they have experienced and will comment accordingly on subsequent trips, complaining about characters’ past actions or warning each other about what is undoubtedly coming up next. The lengthier text and dialogue for each event is shortened or skipped after the first time you see it, allowing duplicated paths to be played swiftly and without constantly seeing the same extended details. Coupled with the fact that there are always multiple outcomes to each event—you can win a race or lose it, you can survive a storm or succumb to it—and the result is an experience that is just as fresh and engaging the fourth time around as the first.

It also helps that the brothers, and the world they are exploring, are both utterly endearing. We were almost won over by the sound effects alone, which replace the sound of a blacksmith’s hammer with someone simply saying “clink, clink” and an espresso machine’s whir with a voice going “whoooosh.” Every voyage begins with the boisterous hums of our excited explorers, “bum-bum-ba-bumming” their way to the next adventure. The game is peppered with charming writing like “loaf-shaped woman” and “suffering squid livers” and lovable characters such as a doglike talking mountain and a long-suffering grim reaper.

Every scene is gorgeous, with crisp, bright graphics that perfectly fit the game’s folktale and picture book vibe. There’s also a wonderful variety to the screens, with events ranging from distant circles as if viewed through a telescope to close-ups that fill the entire page with color. Some moments are simply our brothers’ silhouettes against the storybook text while others are perfect abstract representations of a water spout or whirlpool.

It’s a game that made us consistently laugh or gasp with delight at the story and the lovingly crafted way it’s presented. Burly Men at Sea is not only worth playing, but replaying until you’ve exhausted all of its adventures, swum every inch of its ocean, and left your thumbprint on its beautiful, bearded pages.