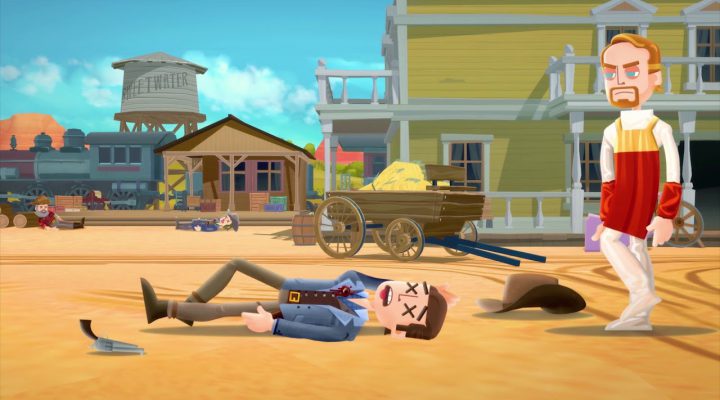 Is timing really everything? In some cases, it might be, but for Westworld, which leads off our list of five new mobile games you might want to check out this week, maybe not.

See, Westworld might have made the most sense if it was released around the time that season 2 of the hit HBO series hit the air. Instead, the season 2 finale is this Sunday, meaning that people aren’t going to be geeking out over crazy fan theories (maybe James Delos is Robert Ford’s dad!) for all that long. Probably.

Should this stop you from at least checking out the mobile game? We’d say it should not, because it at least looks like it takes the crazy and awesome but heavy storylines from the show and turn them into something with a sense of humor. And even if you don’t, we’ve got four other new mobile games for you to consider as well, because that’s just how we roll. Freeze all motor functions … except for your eyes so you can read the rest of this.

So the deal here is that the Westworld mobile game is supposed to be a managing training simulator for potential Delos execs. That’s a pretty great conceit, so the only question is how well the finished product pulls it off. What we know from messing with it a little in soft launch is that it has a lot of host management as you try to satisfy the desires of the guests, but with a sly sense of humor to everything. The cartoony art style is also a weirdly fun match with what’s going on.

You might be surprised, as we certainly were, to learn that there was not already a mobile game called Dragon Ball Legends. It just sounds a lot like something that should already exist. Anyway … Dragon Ball Legends features the characters you all know and love by now, duking it out in pretty sweet looking 3D battles. It also has live PvP, which could be the real draw here, along with the appropriately dynamic art.

A new game from Noodlecake Studios, you say? That’s really all you needed to do to get our attention. Essentially, this is 3D platforming goodness with a blocky art style and multiple perspectives for different levels. It promises “simple, tight and responsive controls,” always good for a platformer, and it also offers controller support if you don’t agree that’s actually the case. This looks really, really good.

“Console quality” is a phrase that gets thrown around an awful lot in the mobile gaming space, but it definitely doesn’t always apply. In terms of the visuals for this new action RPG from Nexon, it just might. Vanquish demons, even if it means heading to Hell itself to get the job done, by picking the class that suits you best and diving into game modes that include big boss battles and epic raids. If it plays even half as good as it looks, this should be a winner.

We’re told that World Cup thing is still going on and is kind of a big deal. If you want a soccer game that blends action-oriented gameplay with some management functions between matches, this is the game you seek. Despite not having a licensed World Cup, there is a 32-team Cup of Nations so you can get your international football fix, and the option to pay to remove ads is apparently worth it — though you can download it and try it free.