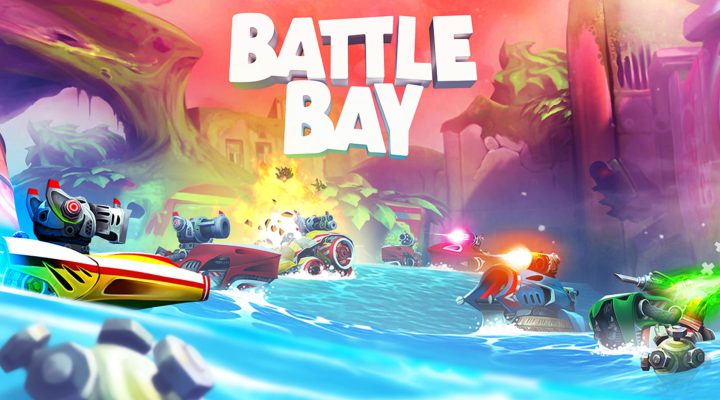 Fast-paced 5v5 ship combat that is intuitive to learn.

Lots of customization options thanks to unique training system.

Waves so good they might actually cause motion sickness.

Multiplayer tank battle games are good fun, but let’s say we put those tanks on water instead. As boats, of course, since tanks would just sink. That’s pretty much the easiest way to describe Battle Bay, Rovio’s successful tweak on a winning PvP-based formula.

Yes, Rovio. As in the Angry Birds people. It must have been difficult to avoid the temptation of working their most popular characters into the mix somehow, but you won’t find any birds or pigs aboard.

In any case, the core conceit here is something anyone who enjoys real-time multiplayer battles can appreciate. You take the controls of a heavily armed and somewhat armored boat, joining forces with four other boat captains to take on an opposing force in 5v5 combat. Said controls are pretty simple, as you pilot the boat with your left thumb, sliding it up to move forward and down to move backward or rotating in either direction to turn. Your right thumb is for turning your turret and firing. Previous experience with the likes of World of Tanks Blitz helps, but it’s easy enough to pick up even for complete novices. 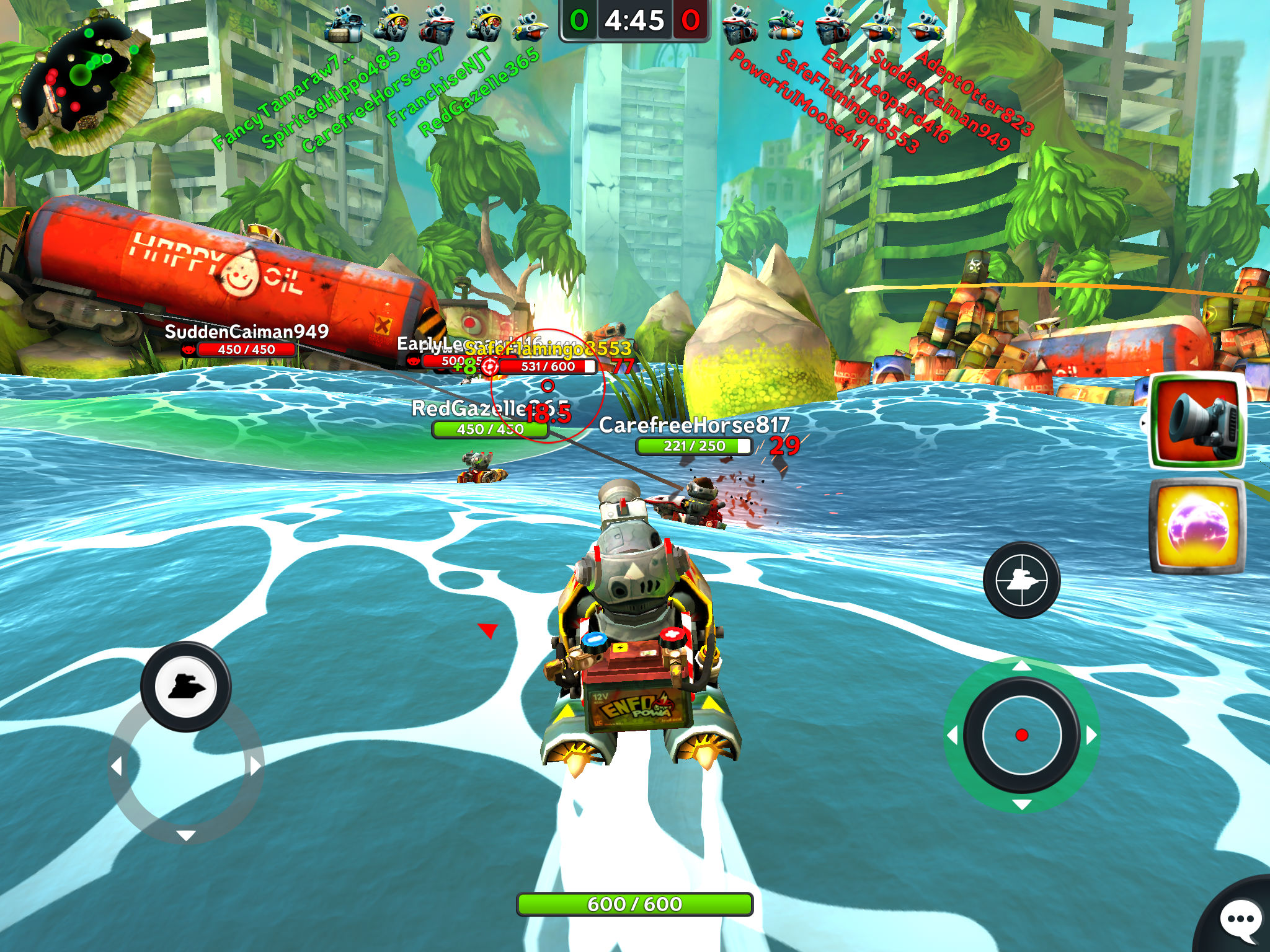 What stands out as Battle Bay’s secret sauce, so to speak, is the fact that the namesake bay actually has waves that bob up and down and can throw off your aim — or help protect you from incoming fire in return. The waves are completely unpredictable and give every battle that extra bit of randomness you wouldn’t otherwise get. They’re also expertly realized by the developers, so much so that you might get a little nauseous if you have issues with motions sickness and decide to play for an extended period of time.

Victory in each battle is achieved either by completely wiping out the other side or by capturing a location that shows up in green on the mini-map and appears as a big green circle in your live view. Most matches end via total destruction, both because it’s difficult to get someone in the capture circle long enough to win and because gamers would much rather blow each other up. 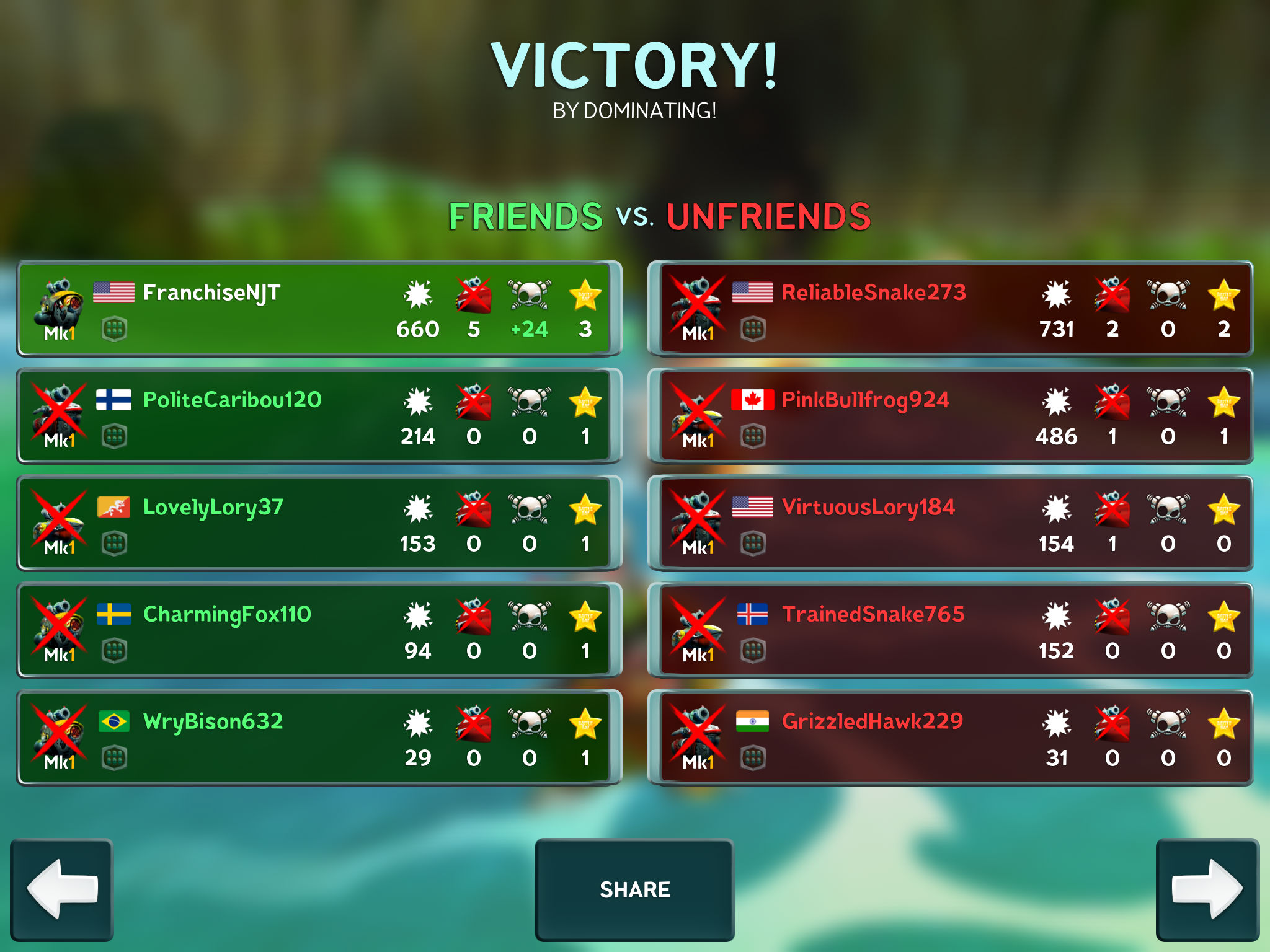 As you’d expect, rewards are divvied out after each battle based on whether your side was victorious and how well you did personally during the fight. Once you reach captain level 5, every match also affects your standing within the Battle Bay ranking system, which plays out in ongoing seasons that are several weeks long. There are guilds to join as well, all pretty standard stuff for multiplayer games of this type.

What’s a little different is the method of leveling up. Instead of gaining experience from the battles in which you participate, you work toward personal advancement by training various crew members. There are 10 in all, at least at launch, each with his or her own unique talent tree. Activating the talents of various crew members allows you to tailor a boat toward your specific play style by focusing on things like additional damage, survivability or increased rewards, and there’s even room to specialize in specific weapons. Since training can take a while, it’s helpful to set it for when you’re going to be logged out for a bit. 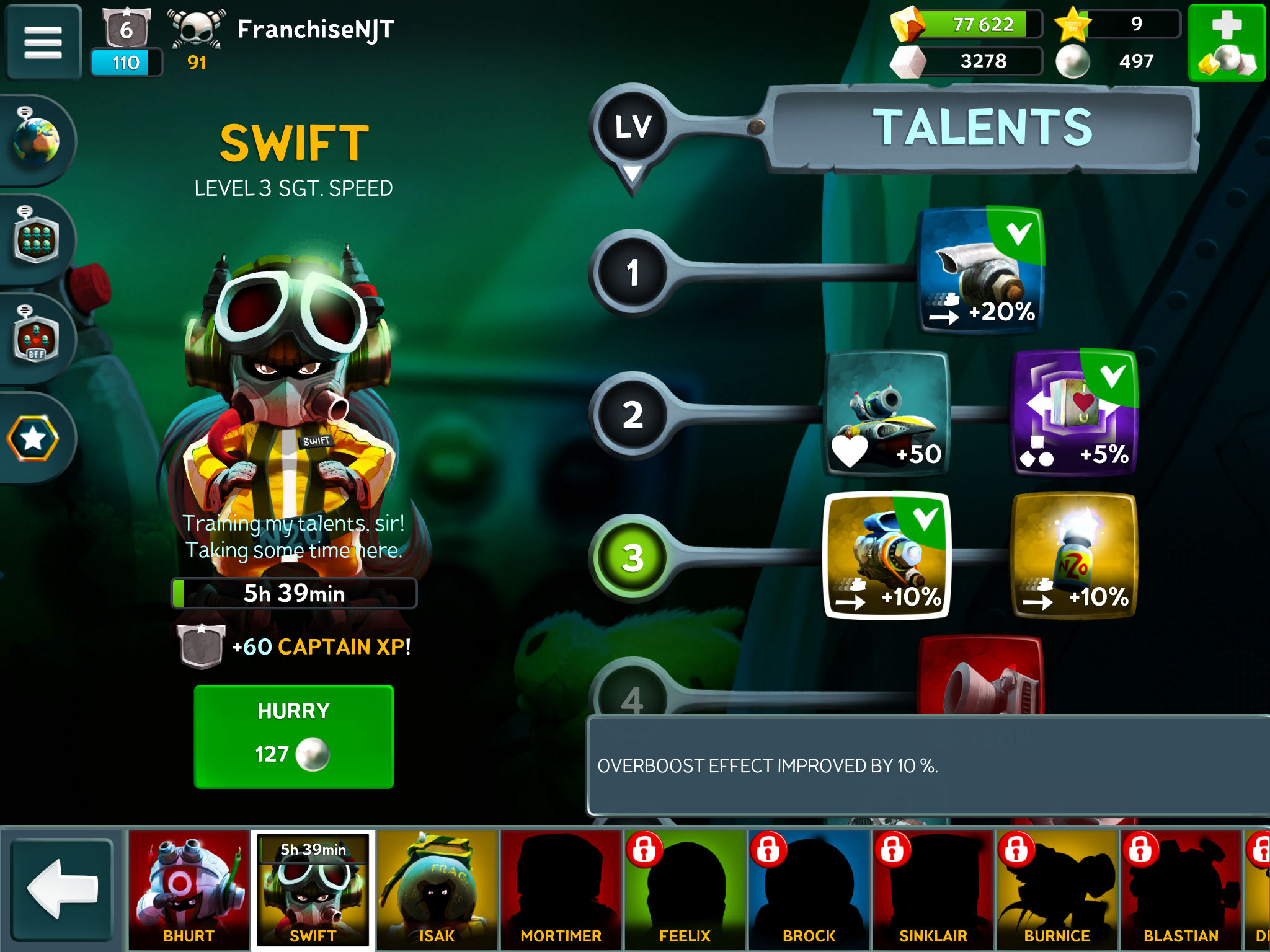 About those weapons … it wouldn’t be much fun if everyone in Battle Bay was piloting the same kind of ship, and indeed, there are multiple boats to purchase to narrow down your role in combat a bit more. Happily, you don’t have to wait long before all of them are unlocked, and it’s fun to play around with different combinations of ships and equipment. The upgrade system for weapons and gear is a little confusing at first since it involves multiple materials and currencies, but the game does a nice job of signaling when you have something that is eligible for an upgrade.

As unexpected surprises go, Battle Bay ranks right up there near the top. It’s definitely not the game one would expect from Rovio, yet it manages to take what other companies have done in the multiplayer PvP space and build out from there with its own unique twists. It’s going to sink or swim on its player community, but it’s absolutely worth a try to see if it gets your competitive juices flowing.