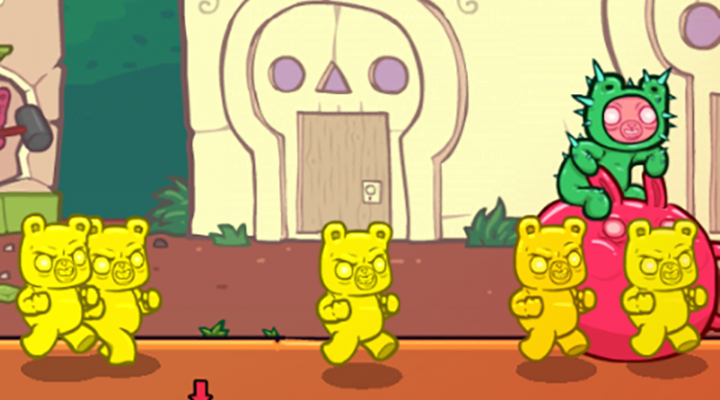 Decisions are difficult, and we understand that completely. Why, just this Tuesday, I had a very difficult choice to make alongside many of my fellow Americans, and was worried about what would happen if I made the right one.

But I went with the long-sleeved tee instead of the sweater, and even though I was a little cold at times, I was definitely more comfortable since sweaters can be scratchy. What, you thought I was talking about something else?

Anyway, we never like to see our readers tortured with indecision or regret, so we always make it part of our platform to examine all of the mobile games that are new to the app stores in a given week and pick out what look like the creme de la creme for you to try. Here are this week’s candidates. 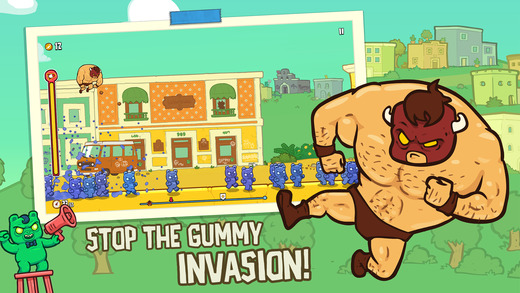 When the world is overrun by gummies, there used to be only one man you could call. This time, Burrito Bison has some help in the form of fellow masked wrestlers Pineapple Spank and El Pollo (I’m told that means “The Chicken”) in his quest to send the gummies packing and hopefully still make the best salsa in the world. You’ve quite possibly seen Burrito Bison in one of his previous games, but Kongregate looks like it’s taken him to a new, even more action-packed and hilarious level. 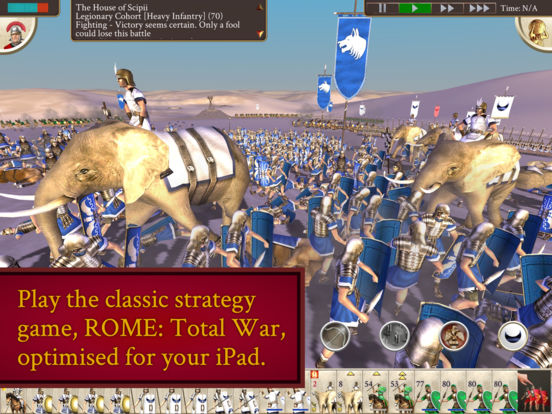 Can you wage Total War on your phone or tablet? The answer is yes, and now you can even do it in ancient Rome. While $9.99 is a little spicy for a mobile game, consider that this is being called an extremely faithful port of the much beloved PC strategy game — first released in 2004, so time flies — and all of a sudden that doesn’t seem bad at all. Play as one of three different families, interact with famous historical figures and either conquer Rome or destroy it. Yep, that sounds alright to us. 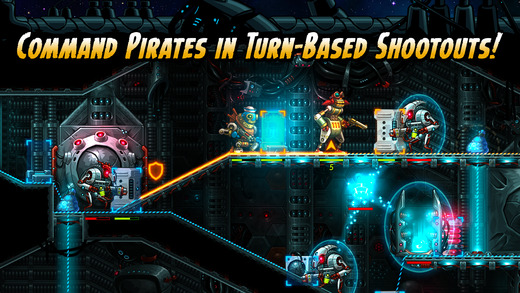 When I first heard the title of this game, my initial reaction was, “Wait, Valve made a Steam amusement park and someone robbed it? The fiends!” Turns out that was completely wrong in every way. SteamWorld Heist is a sweet-looking tactical shooter originally released on PC and console that is now available on mobile as well. You take command of some steampunk pirate robots, which is cool in and of itself, and help them battle through procedurally generated turn-based stages. The previous versions were deep, gorgeous and fun, and there’s no reason to think it won’t be the same on iOS. 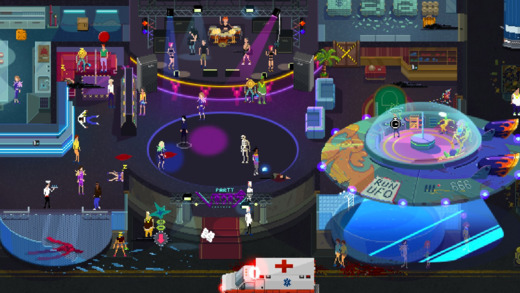 In what is becoming a bit of a running theme, Party Hard Go is a mobile take on a game that originally appeared on PC, Party Hard. It answers the question of what you should do when the people next door are having a loud party in the middle of the night, which is to kill them all. Actually, please don’t do that. But in this game, the dark humor comes from finding creative ways to off party-goers using the environment and the abilities of five playable characters before law enforcement arrives. It’s totally irreverent, but if that’s your thing, you’ll want to check it out. 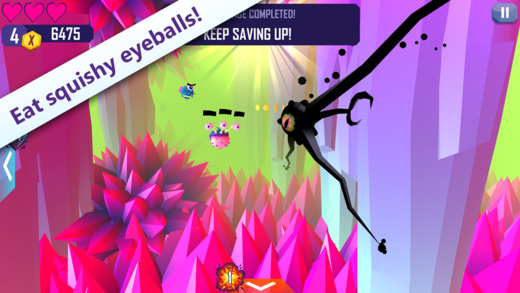 This is a strange one, but probably in a good way. Tentacles is an endless runner through the mind of a mad scientist, one who needs your help to prevent him from overdosing on cuteness and going completely mad. We’ve all been at least part of the way there. As you journey through parts of the mind themed for feelings like Paranoia and Regret, you’ll have to eat eyeballs and upgrade your tentacles since you’ve got four of them. Don’t let cuteness win! 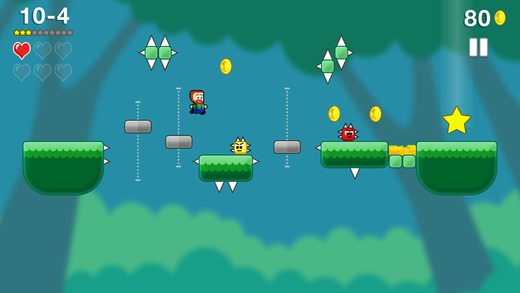 Mikey has jumped before. In fact, Mikey has done a whole bunch of things in his previous titles, but never as many of them in one game as in Mikey Jumps. This time around, BeaverTap Games wants you to help him run, jump, swing and fly through 200 levels, collecting coins in the finest platformer tradition. Don’t like Mikey? I mean, that’s your prerogative, and you can play as one of the other five characters instead. Yeah, you’ll make them jump too, but they don’t get the entire game named after them. Take it up with the devs if you think that’s unfair. 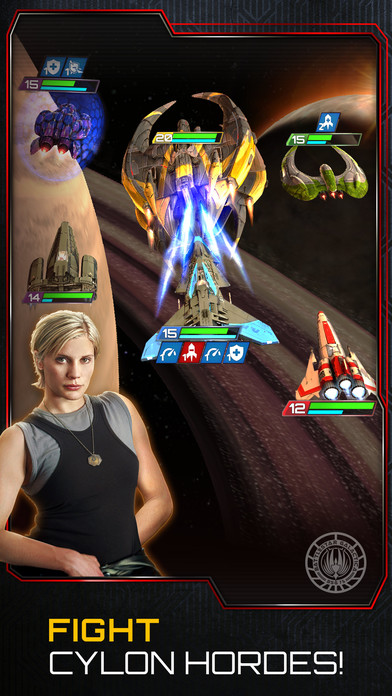 Sometimes licensed mobile games come out right at the height of the IP’s popularity, and other times they arrive well after the fact and you’re like, “Oh, wow, almost forgot about that!” Battlestar Galactica: Squadrons falls in the latter category, seeing as it’s based on the TV series that hasn’t been on the air for at least six years. Nevertheless, we played this while it was in soft launch and found it to be a very solid turn-based battle game with a surprising amount of series lore thrown in. Plus the thought of Cylons wiping out humanity hasn’t become any more palatable, so you should probably help stop them. 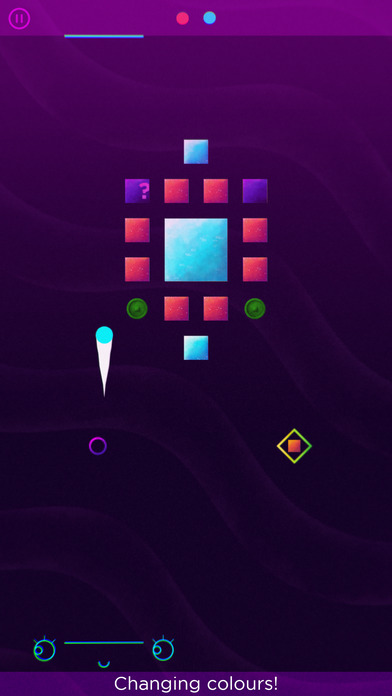 Touch Arcade calls Nellie’s Ark stylish brick-breaking, and we’re inclined to agree. You control an emoticon named Nellie, helping to clear bricks from dozens of levels that feature a strong emphasis on music and sound design. It looks like just the palate cleanser from some of the other more chaotic games on this week’s list, and sure does remind you how far the genre has come since Breakout. No, I’m not old enough to have played that when it first hit arcades, but I’m close enough that it’s sobering.