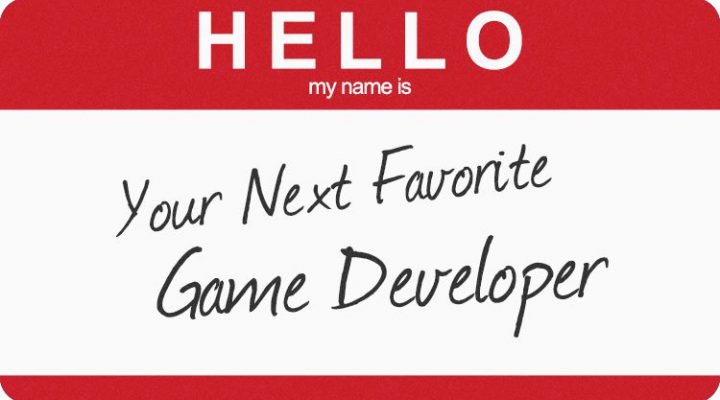 The App Store and Google Play see thousands of new games every year. Of those, maybe hundreds are worth playing. And the people responsible for those top titles have usually been in the business for awhile.

But every now and then there’s a real gem from a studio or individual we’ve never heard of before. And today, that’s exactly who we’re celebrating.

(DISCLAIMER: We know some of these folks have been in the business for years, but in 2014 they were either big enough to hit our radar for the first time, or assembled as part of a whole new team. To us, that’s new enough to call “new.”) 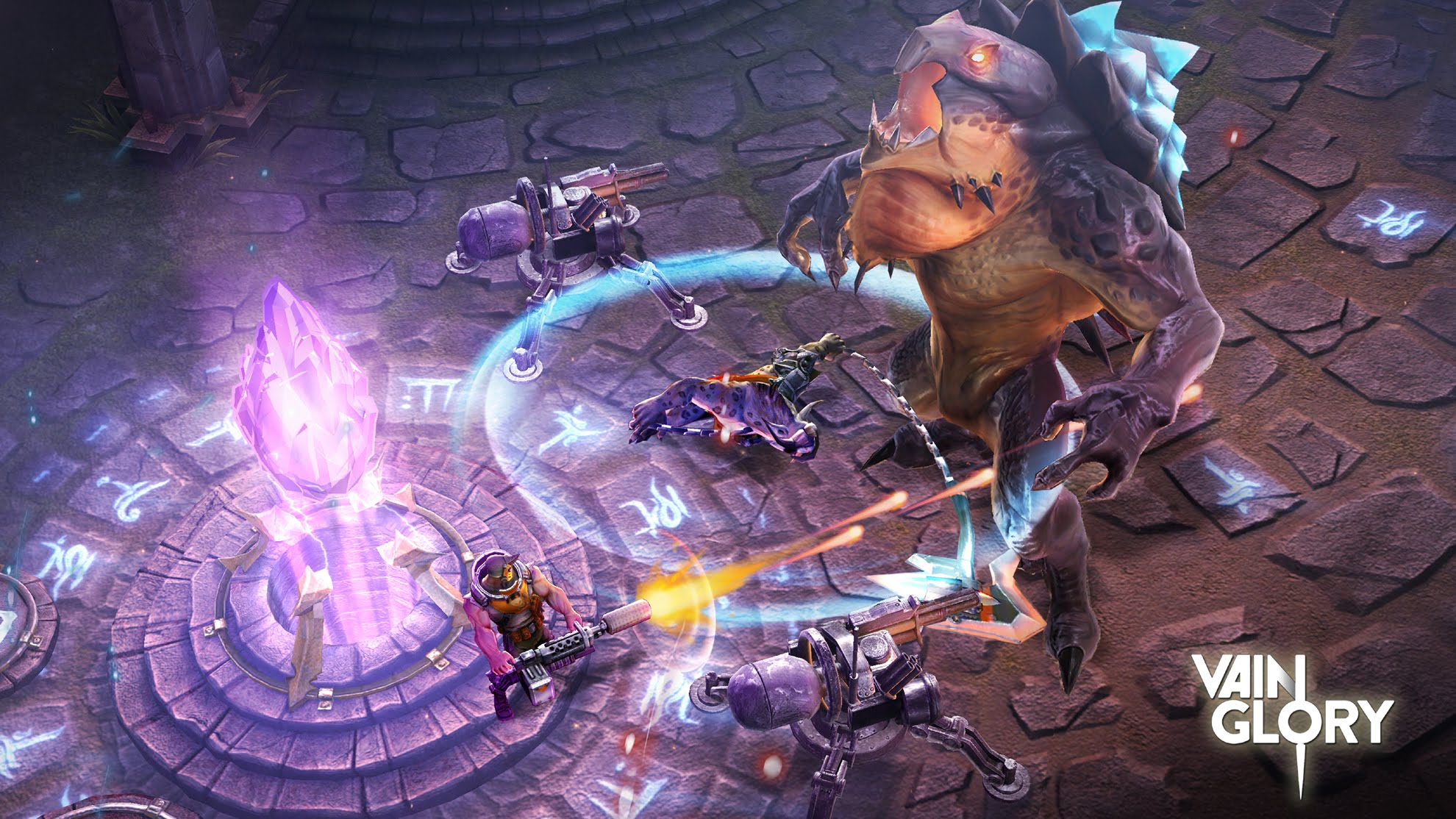 More than a few studios have boasted over the years that they’d corner the market on mobile MOBA’s, but until this November, it remained a niche genre on the App Store at best. Super Evil Megacorp’s Vainglory was the title that broke through to widespread critical acclaim, finally bucking the tradition of the failed mobile MOBA.

Then again, anything less would have been unacceptable. The team at Super Evil Megacorp is like a who’s who of game development, drawing team members from Riot Games, Blizzard, Rockstar and more.

They’ve developed their own engine, dubbed E.V.I.L., which is what powers the Vainglory’s gorgeous visuals — and it sounds like they have little interest in stopping there. While nothing has been announced (and it seems safe to assume their focus will be on Vainglory for the forseeable future), the tone of their press kit gives us the feeling that they’d like to see E.V.I.L. deliver console-quality experiences for years to come. 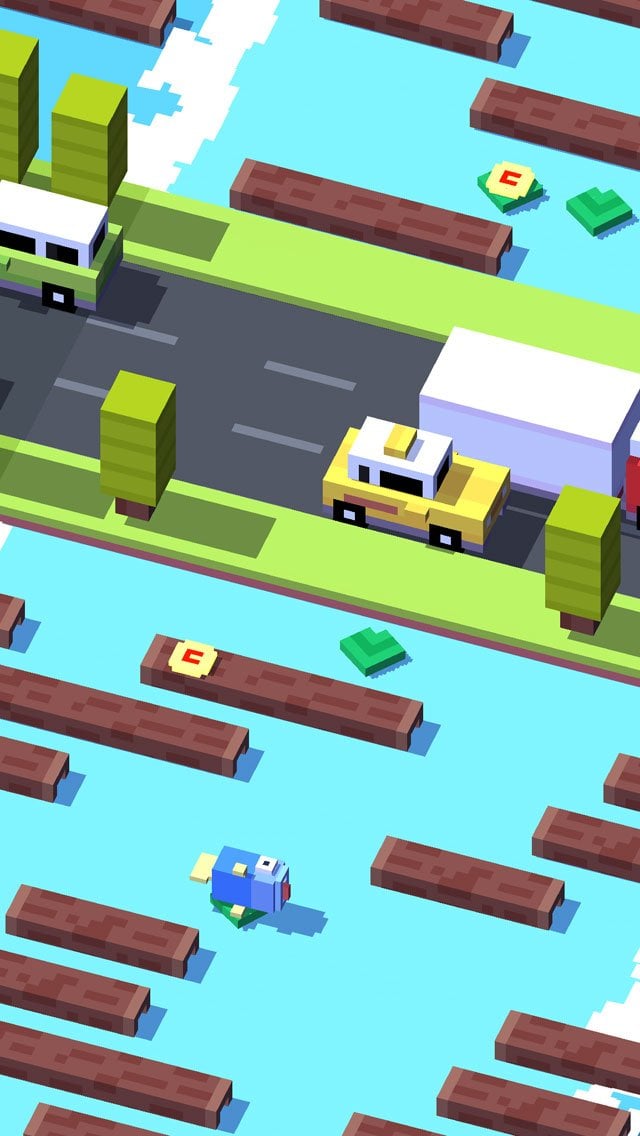 When seasoned rock stars take a break from their main gig and get together to jam for an album, they call it a supergroup. But what do you call it when indie game developers do the same?

In this case, you call it Hipster Whale.

A new studio formed by Matthew Hall (aka Klicktock, the studio behind Little Things Forever and the criminally underrated ZONR) and Andy Sum (Dungeon Dashers, Faerie Solitaire), Hipster Whale came together to bring you a little title that took the App Store by storm last month, Crossy Road. Maybe you’ve heard of it.

What’s next for Hipster Whale? That’s a good question. They’ll be bringing Crossy Road to Android soon, Andy has a few solo projects happening (like the wonderfully ridiculous GAMEOFTHEYEAR: 420 BLAZEIT, and finishing Dungeon Dashers), and we’re holding out hope that Matt Hall will be ready to launch Deck War at some point in 2015.

Our fingers are crossed that we’ll see another Hipster Whale collaboration, but if not, at the very least they should consider to re-mastering and re-releasing Klicktock’s ZONR under the new label. It was so good. 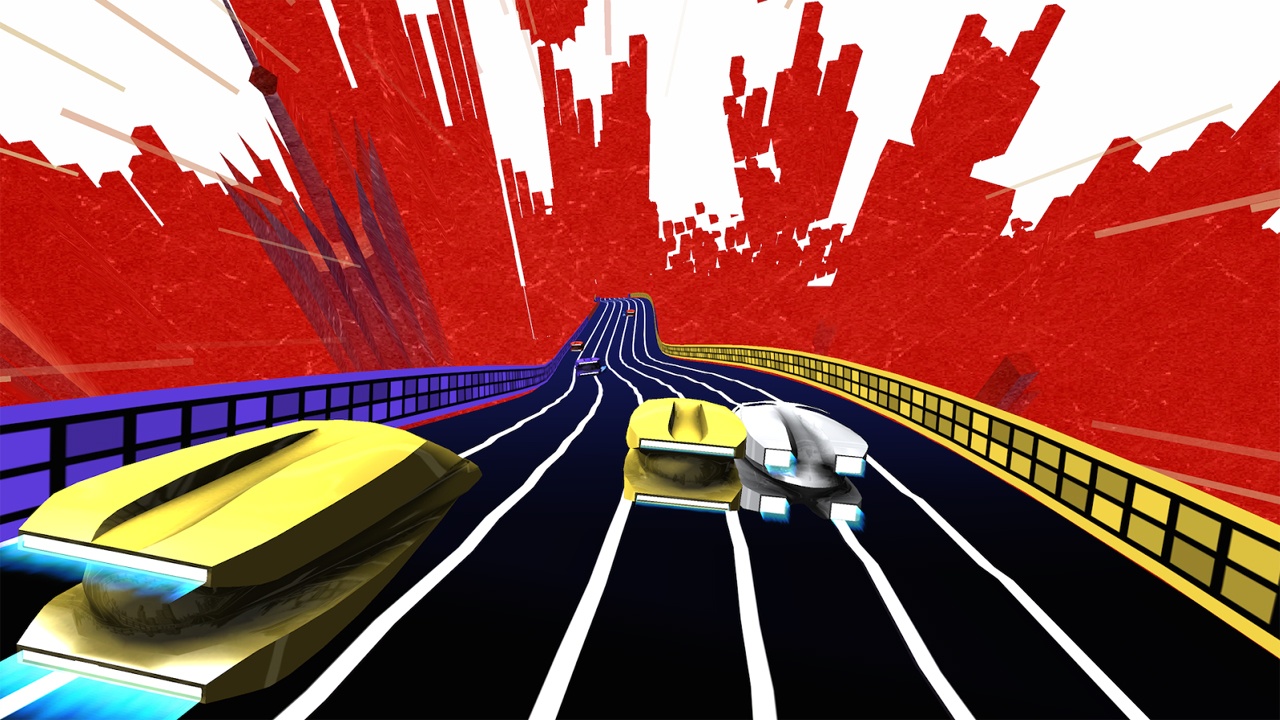 Beavl first came to our attention at the beginning of the year with FAIF, a game created for Ludum Dare 28 that was a cross between a combat puzzle and an RPG, but with a unique gambling hook. The Ludum Dare version was made in just 12 hours, and – after its inevitable mobile release – it became one of those games that we spent the year pulling out of our pockets to talk about at parties.

Proving themselves talented at more than just gamemaking, fellow developers should be sure to check out their “We Ask Indies” series, where they’ve interviewed everyone from Adam Saltsman to David O’Reilly. 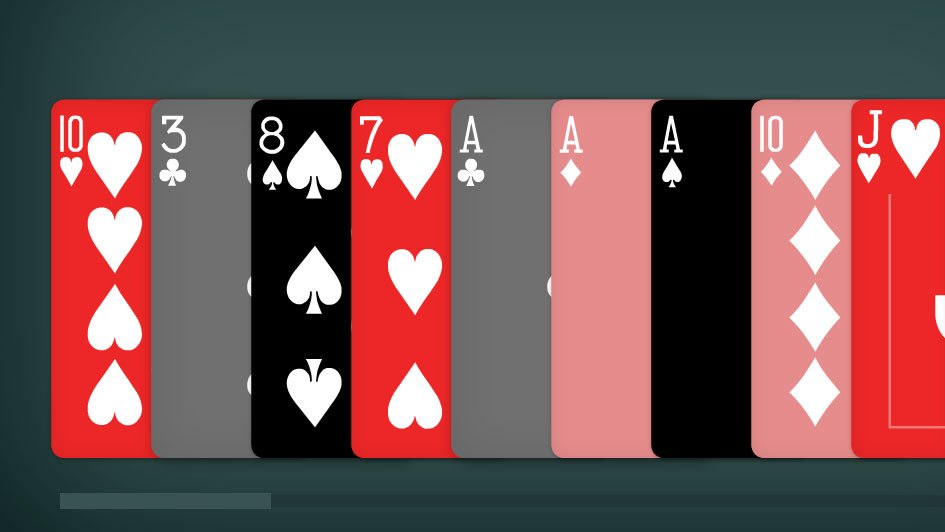 You may not have heard the name Vitaliy Zlotskiy yet, but don’t surprised if you see it written in big letters across the indie gaming sky soon. With a background in well-received browser games (see Neon Maze, Experimental Shooter), Zlotiskiy released his first mobile title this year, and it broke our brains a little.

Like Flappy Bird, Pair Solitaire strips gaming down to its most basic. In fact, it’s so basic that you could play it with a real deck of cards. It’s a game of solitaire unlike any we’ve ever seen, and we couldn’t have been happier with the results — which is why we’re so excited to see what Zlotskiy comes up with next. 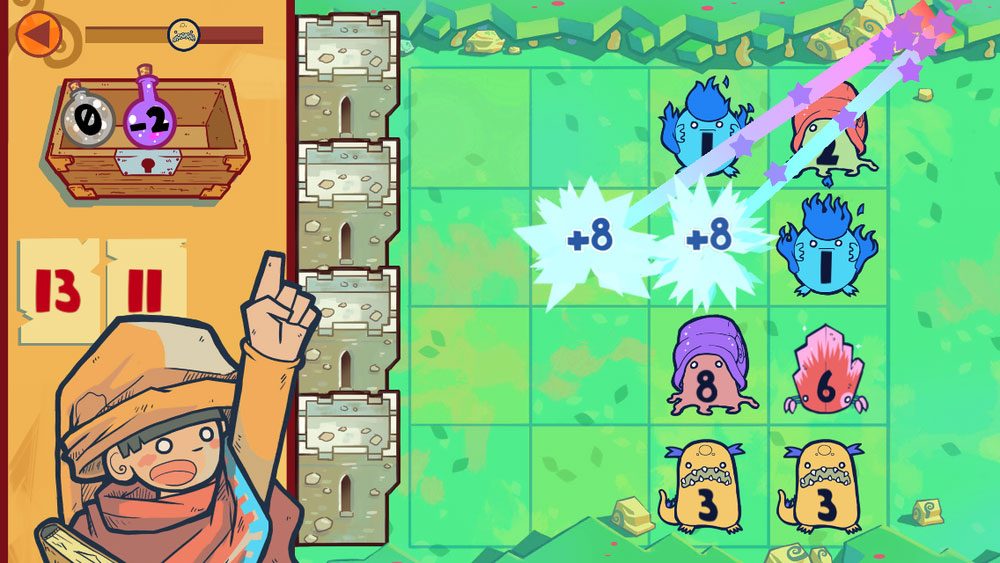 It’s hard to make educational games fun, so when a developer actually does it, they’re definitely deserving of some recognition. And Little Worlds Interactive got plenty – and I don’t just mean being on this list.

The Counting Kingdom snagged a spot in the coveted PAX 10; a collection of games selected by the Penny Arcade crew to showcase at their annual convention each year. A game that mixes math and tower defense (and yes, we loved it), The Counting Kingdom has no problem delivering on the company’s vision of “making education games that kids want to play.”

There’s no word on what they’re working on next, but in the meantime it seems like they’re just happy to get The Counting Kingdom in as many little hands as possible. Case in point, this past Thanksgiving they gave away five copies of the game to any teacher who asked. 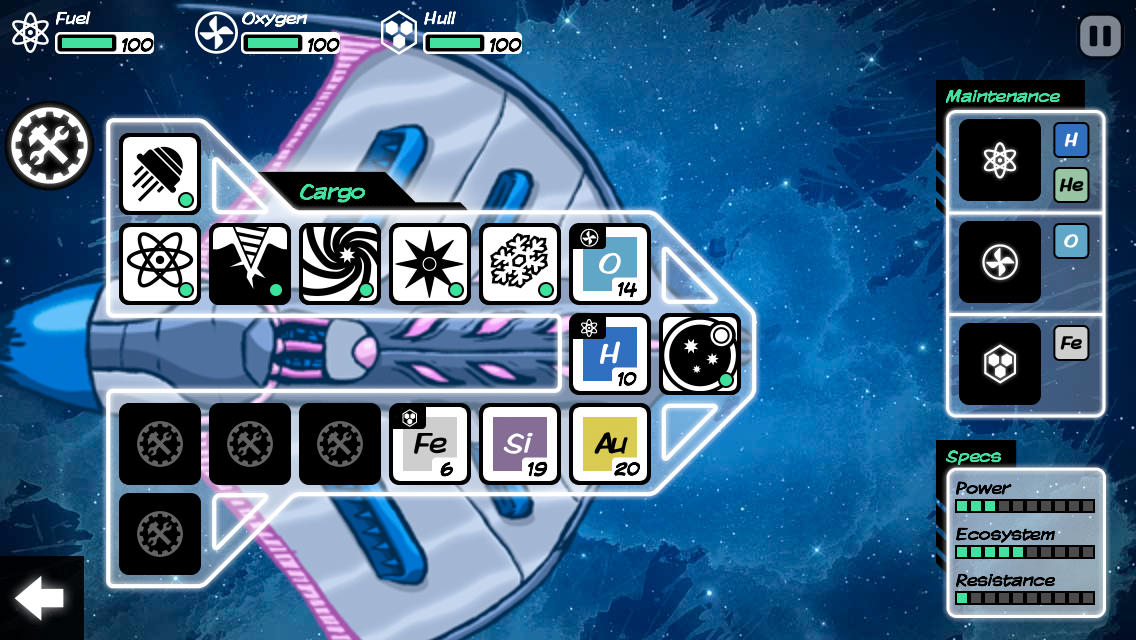 After the release of the largely forgettable Space Disorder back in 2012, you might have thought the writing on the wall for the indie studio mi-clos. But in 2014 they tried again, once more going to the stars; this time with a wonderfully polished, well-paced, resource-management spin on the roguelike genre.

Out There was a bonafide success.

So what’s next for mi-clos? Studio founder (and sole employee) Michael Peiffert recently revealed that Out There Chronicles is on the way; an interactive fiction piece set in the world of Out There. 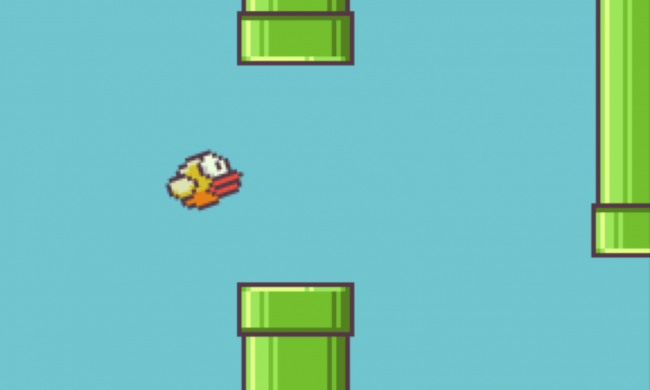 If adding Dong Nguyen to 2014’s list of best new talent seems pandering, you’re just not paying close enough attention. Love it or hate it, Flappy Bird changed the way we look at mobile games this year – and it all happened because of one quiet indie developer, completely unprepared for the success that followed.

It’s worth noting that Flappy Bird didn’t actually come out in 2014, but rather May 2013. It took a combination of reddit love, YouTuber praise, and a secret ingredient that everyone is still looking for to skyrocket it to everyone’s attention earlier this year. Since that time we’ve seen its simple “tap to stay aloft” mechanic copied, parodied, and integrated to the Nth degree. It was everywhere in 2014.

But this entry isn’t about Flappy Bird. It’s about Dong Nguyen. A developer who, contrary to what some think, has a number of other stripped down, minimalist game design ideas to share with the world. (Personally, I quite like Smashing Kitty).

Dong later released Swing Copters, which failed to repeat the success of Flappy Bird – but what could? Regardless, we’re looking forward to seeing what Dong Nguyen gets up to in 2015.