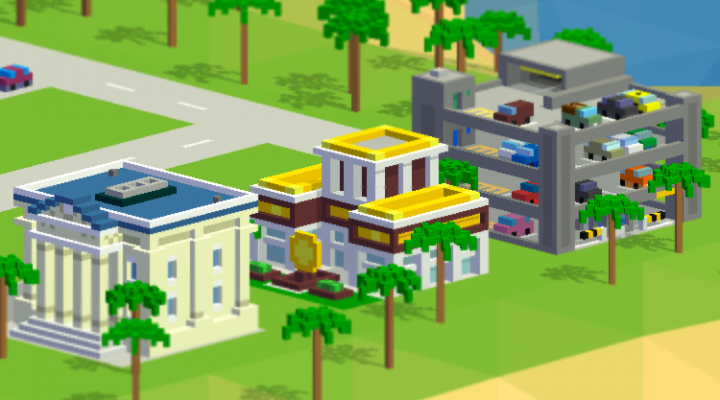 Great mobile games come in all shapes and sizes, so there’s rarely a visible theme present in our monthly wrap-ups. March, however, was definitely the month of travel: from multiple space-faring adventures to a zombie-dodging road trip to a Japanese journey and even to a cat’s personal dumpling-seeking odyssey, our mobile passports are completely full. Besides recovering from the finger equivalent of jet lag, however, we’re not complaining: we’d gladly take another trip with any of the fantastic games below. 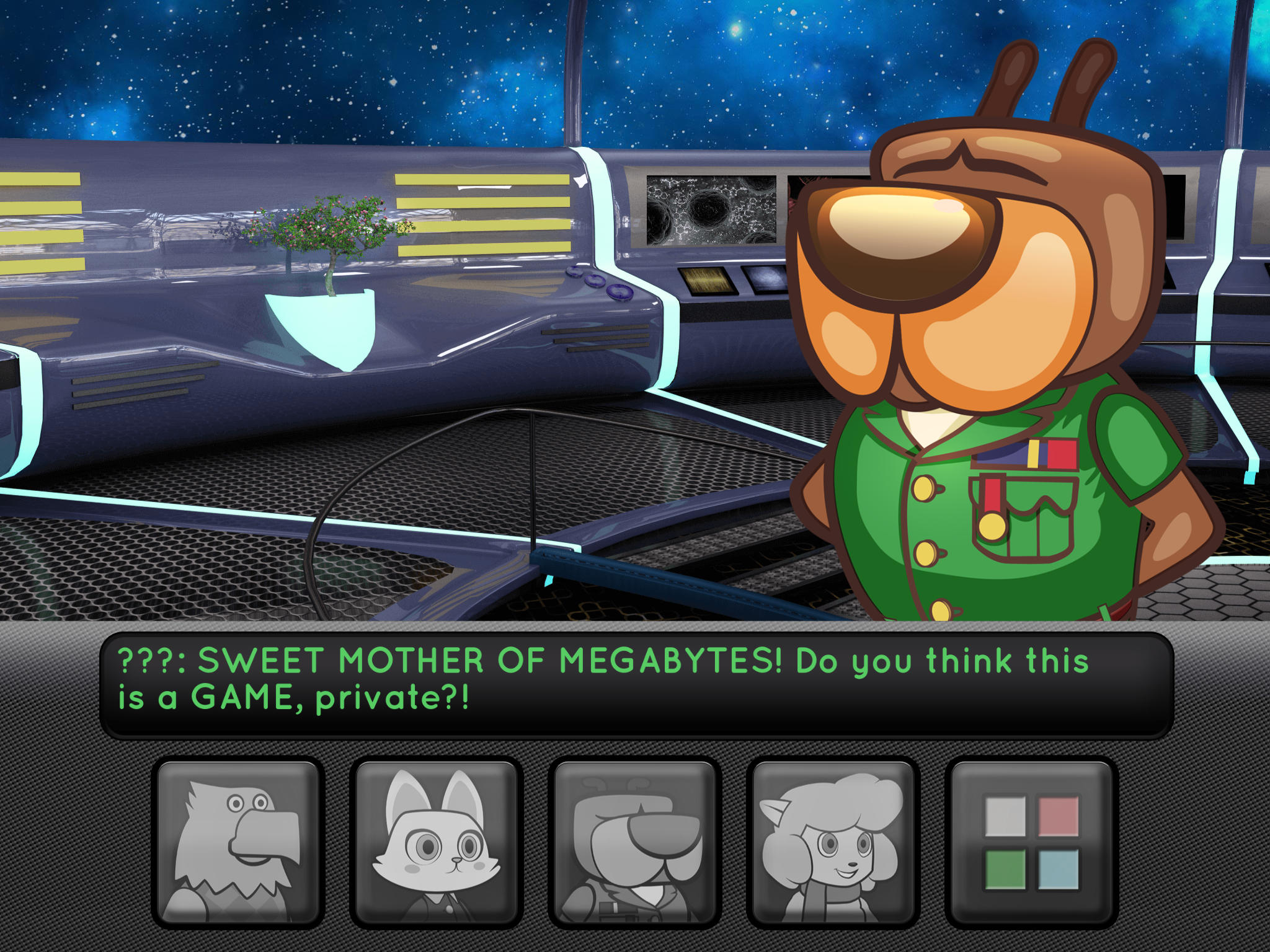 Star Billions is a special case in “best game of X month” terms: technically, it launched over a year ago, when Episode One released in December 2015. However, that was only the first installment in an ongoing, three-part adventure that reached its conclusion this March. Although the game could be played piecemeal, the full story and experience is only achieved by signing on with the crew of the Little Brother for the entire trilogy, and our five-star review reflects the experience of all three parts. What begins as an interactive science fiction story that puts you in the role of decision-maker for a quartet of adorable AI animals ends with you having come to know and understand those AIs, their ambitions, and the lengths they are willing to go to for the sake of the human race. Along the way, they encounter both pitfalls and pratfalls, dramatic choices that will stick with you and hilarious interactions that make your time spent together truly rewarding. 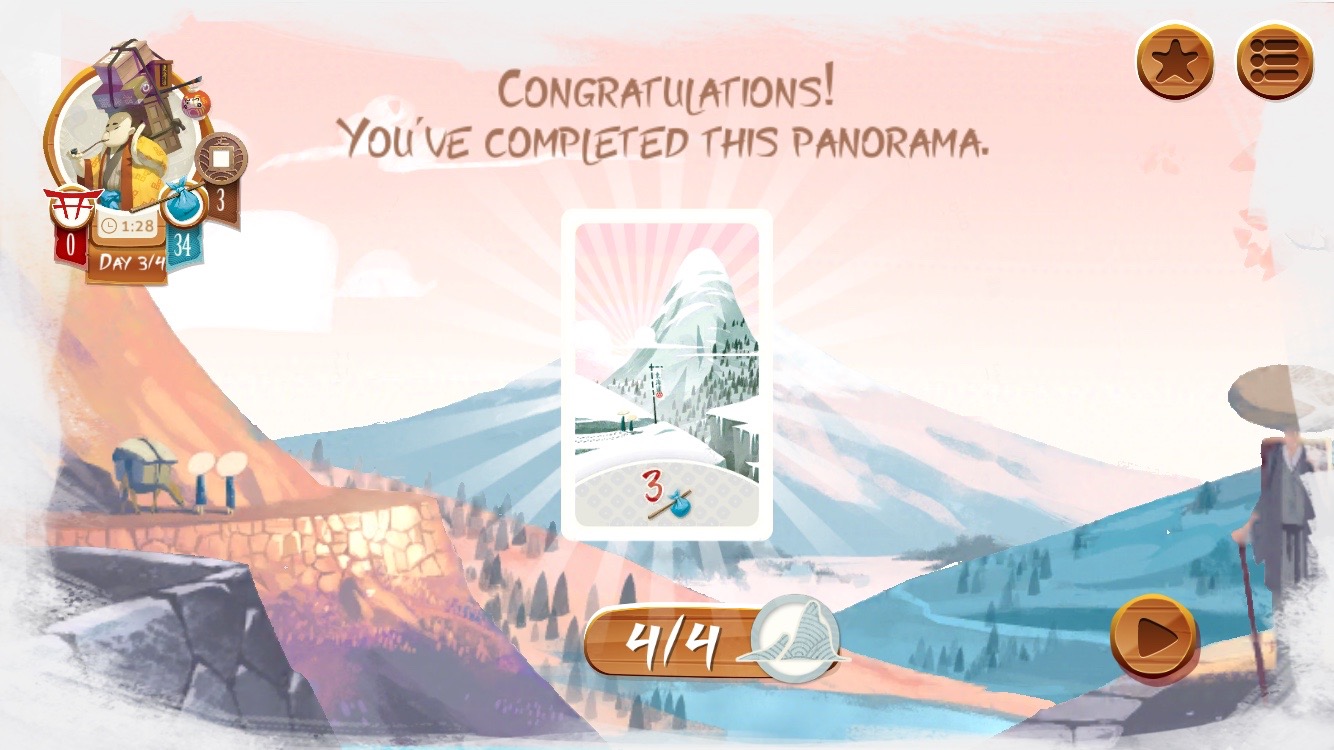 Tokaido is the latest in the long line of mobile titles based on existing board games, but it made one of the best transitions yet. Remaining true to its beautiful, immersive inspiration, Tokaido challenges players to travel the eponymous route through Japan, stopping at points along the way to meet other travelers and complete challenges. Players who succeed at the tasks at these stops–such as completing a set of panoramic cards or purchasing souvenirs–earn points towards victory. While the gameplay seems simple, winning is quite a challenge, yet since games are fairly short (around 20 minutes) and there are so many different characters and strategies to try, there is always a reason to gladly try again. 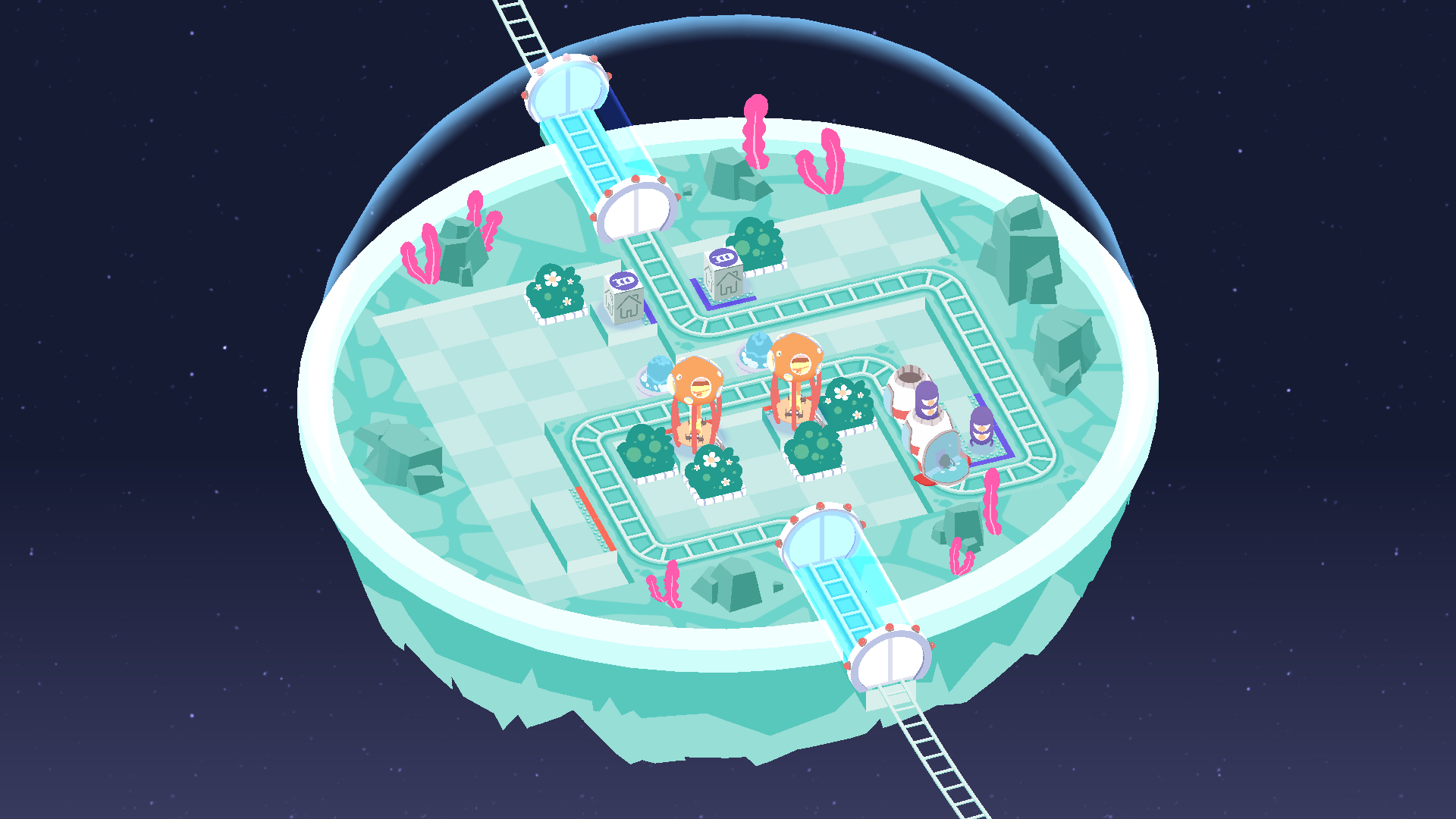 Cosmic Express is an open-ended puzzler from the creators of A Good Snowman is Hard to Build. While its transportation-themed puzzles are a bit more structured than the freeform sokoban-snowman-building of its predecessor, they still allow for lots of player input and interpretation. The goal of getting your space station subway car to waiting aliens, then to their destinations, then to the station exit sets specific goalposts for each level, but the twists and turns you take to get there are completely up to you. This doesn’t mean the game is easy, though: levels with black holes, alien-order requirements, and unmovable obstacles require very complex roundabouts to reach everyone. The lack of a timer, the option to play any level at any time, and the ability to erase and re-draw any amount of track keeps even the hardest levels from being frustrating, as do the friendly, garbled “thank you”s the aliens blurt out for a job well done. 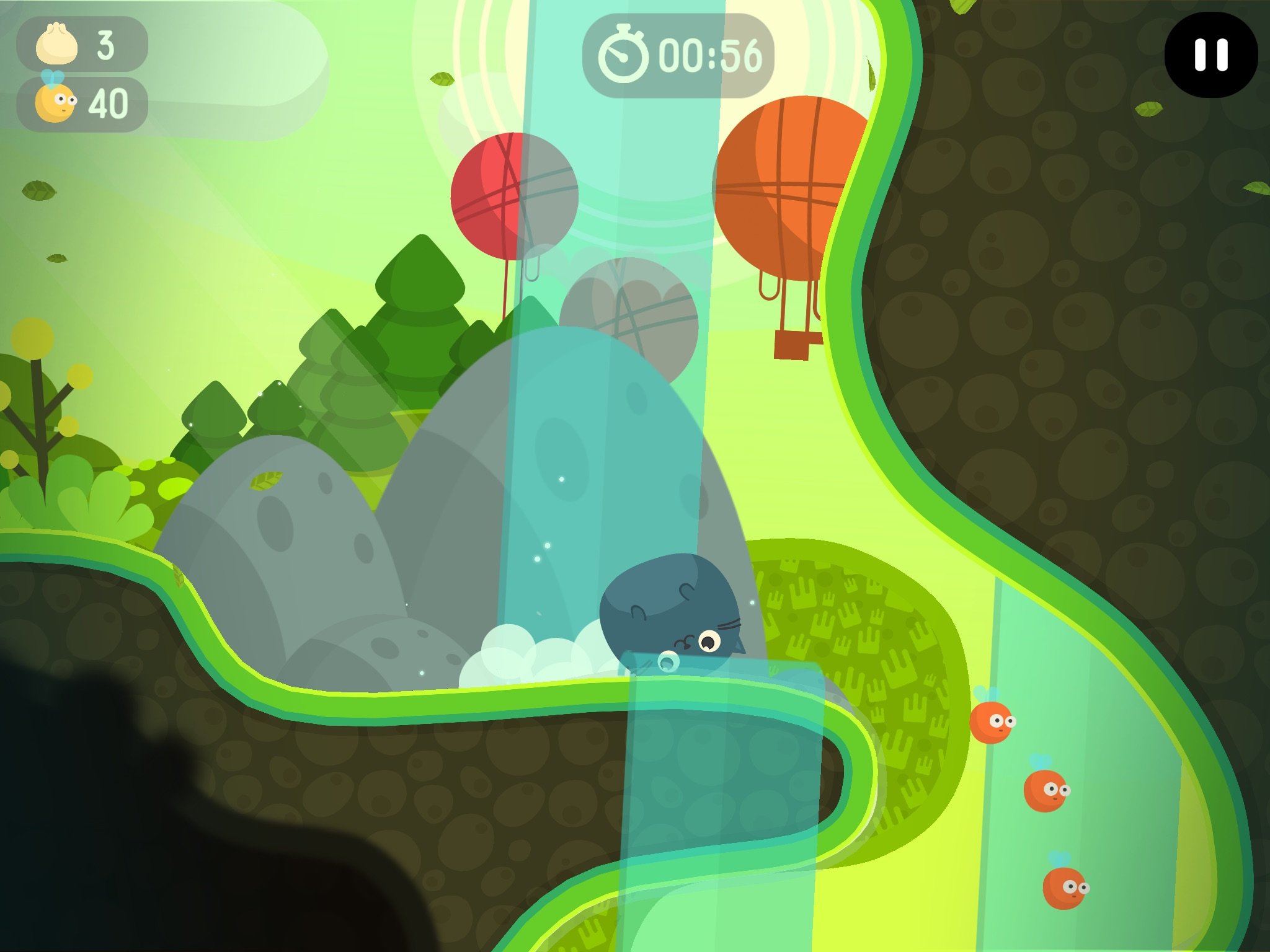 The Big Journey is the utterly lovable tale of one spherical cat’s trek to track down his favorite dumpling chef. The extremely simple tilt-to-move, tap-to-jump controls make this world quick to dive into, but the smooth responsiveness allows you to guide Mr. Whiskers through tight corridors and winding hills with ease. The lack of any punishment for failure–other than a single dumpling setback–lets players enjoy the journey without too much stress, taking in all the colorful art and entertaining animal characters you meet along the way (in addition to, you know, the adorable rolling heroic catball). 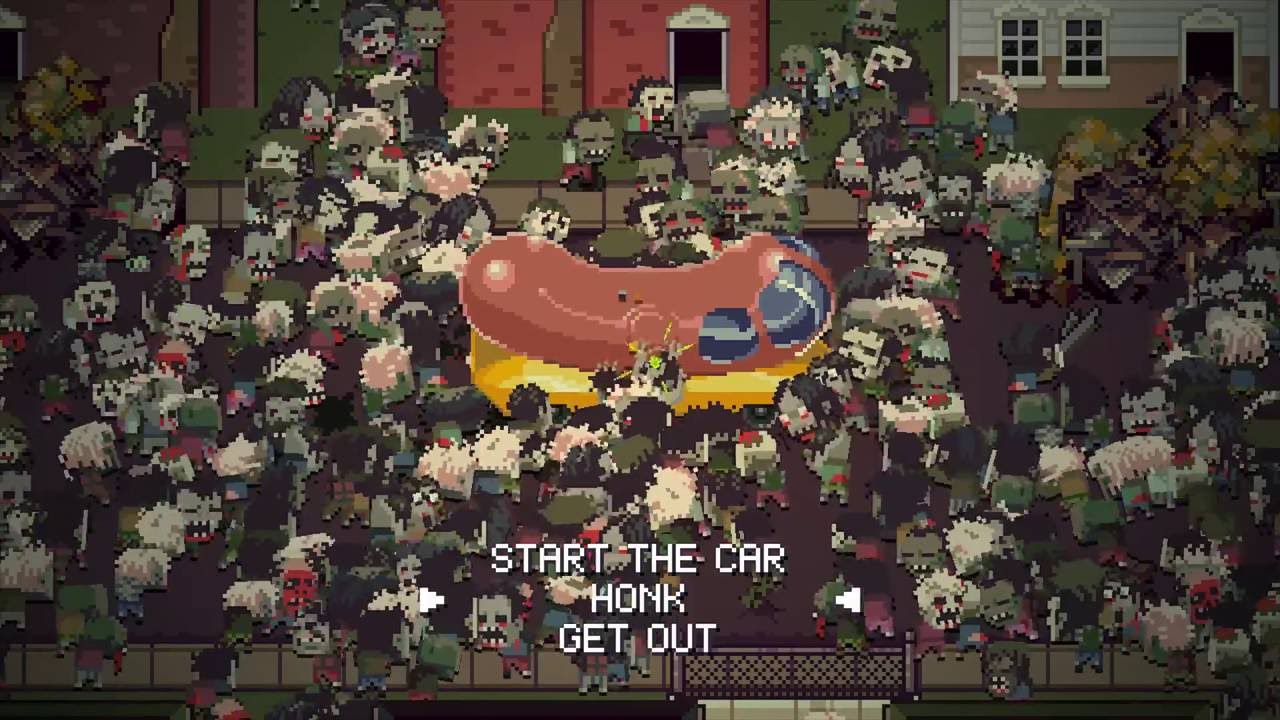 Although Death Road to Canada had a lot to live up to–with mobile players waiting eight months after its PC release to get their hands on it–the always-exceptional Rocketcat Games did not disappoint. This zombie-slaying, cross-country apocalyptic escape was obviously inspired by games like Oregon Trail, but it changed the formula to focus much more on player-controlled choices and actions. Instead of stopping your Conestoga wagon to shoot buffalo, you’ll be parking your weinermobile to raid a Y’allMart. You actually control your characters directly when hunting down supplies, so your ability to dispatch an entire horde of toilet zombies relies not only on pre-planning, but also on sheer action-adventure dexterity. The massive number of events, characters, and randomized locations mean no two probably-fatal excursions are the same, that every death features something new and, oddly enough, cute. 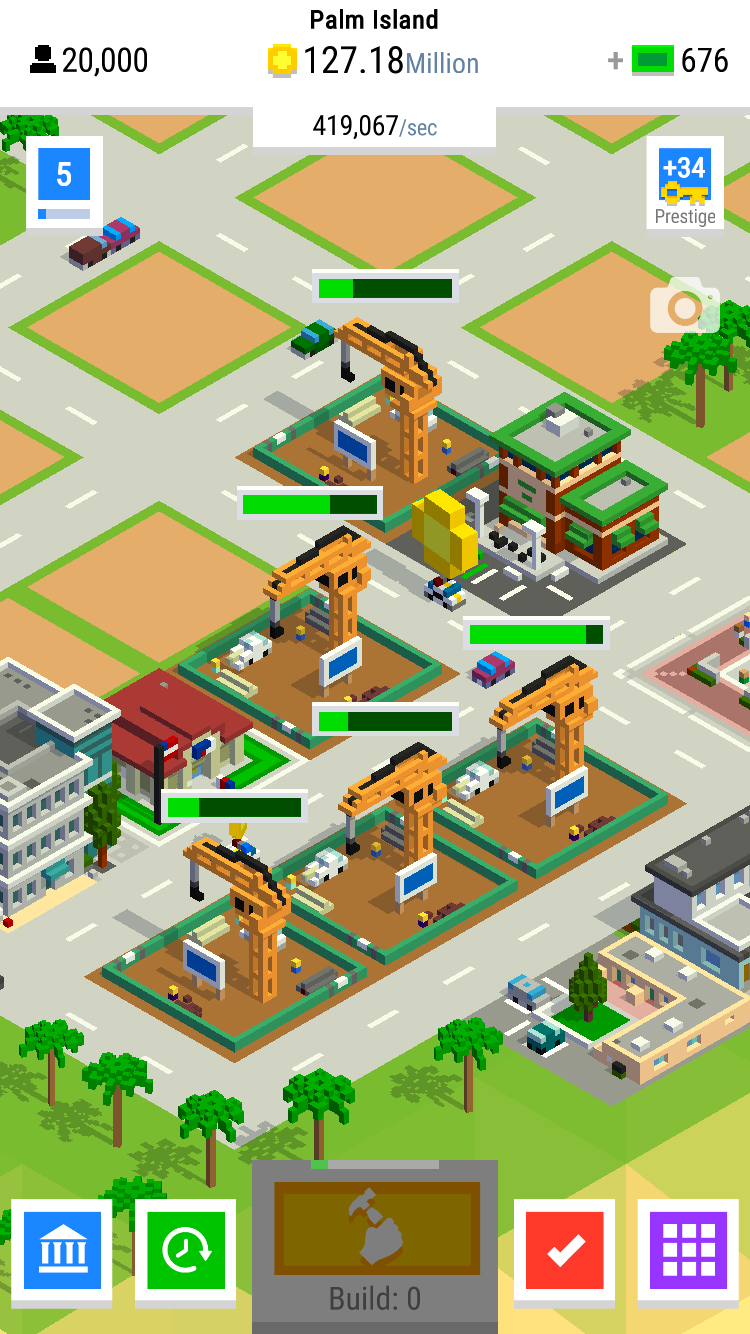 NimbleBit has been perfecting the idle build-’em-up for some time, with Tiny Tower and Disco Zoo showing off their skill at creating something we can walk away from but always want to come back to. Bit City is the next step in their idle evolution, giving us entire blocks of metropolises to maintain as the city constantly undergoes construction. It is a clicker, so much of your management is focused on increasing income and decreasing downtime, but it’s a rare clicker in that you’ll always have something to do. Sometimes that something is simply collecting money from the ever-expanding fleet of vehicles roaming your highways, but often it involves locking high value buildings into place as “historic” or weighing the pros and cons of different zoning options. Bit City boasts nowhere near the complexity of a series like SimCity or Cities Skylines, but it doesn’t have to: for a quick (or long) break of building bliss, in which you can watch an entire city sprout and expand in mere minutes, it’s the perfect choice. 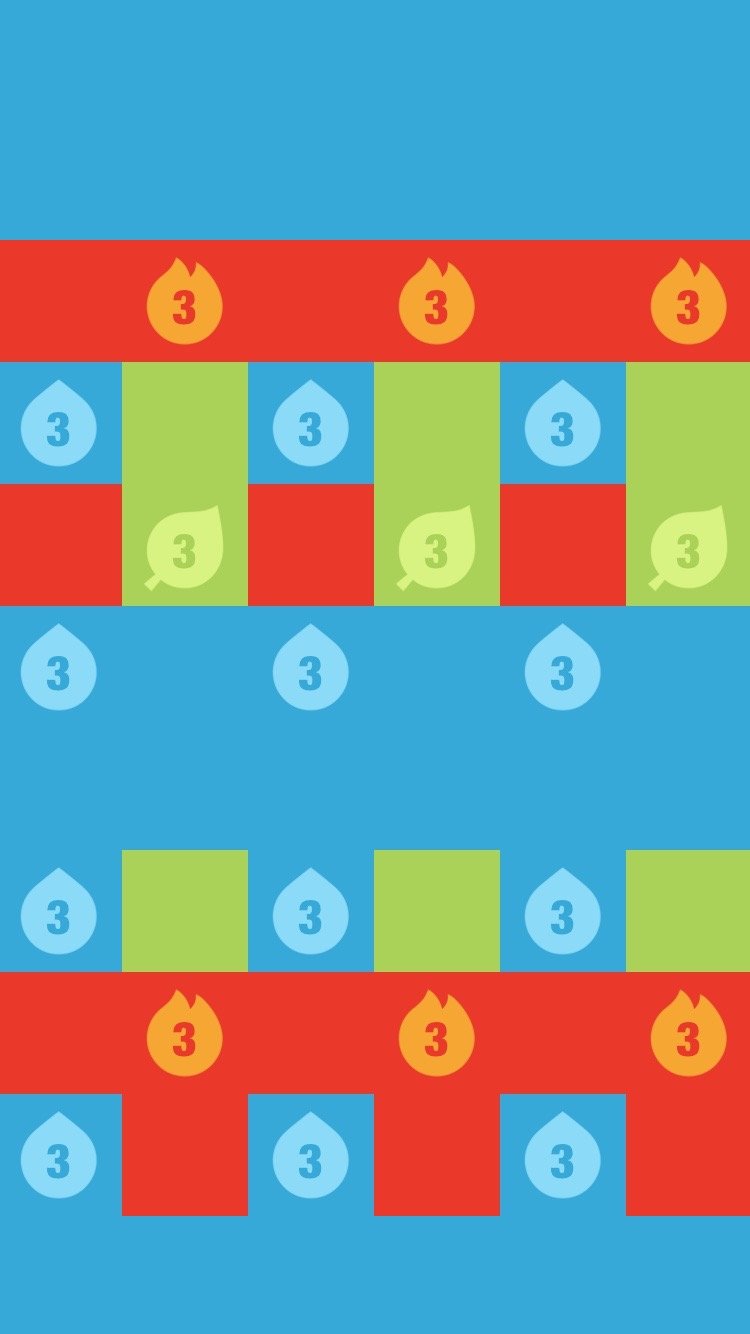 Trilogic is 1Button’s follow-up to Bicolor, a deceptively simple puzzler that challenged players to convert each dual-colored board into a single hue. Expanding on this already addictive idea, Trilogic utilizes three colors in a rock-paper-scissors format, in which red can cover green, green can cover blue, and blue can cover red. The goal–using limited amounts of each of the three to reach the single color endpoint–offers the potential for a surprising amount of challenges that require thinking multiple moves in advance. The game’s clean, bright presentation; easy undos without timers; and level-skip system keep frustration on even the toughest puzzles to a minimum so you can simply enjoy yourself.

Tokaido Review: Well Worth the Journey