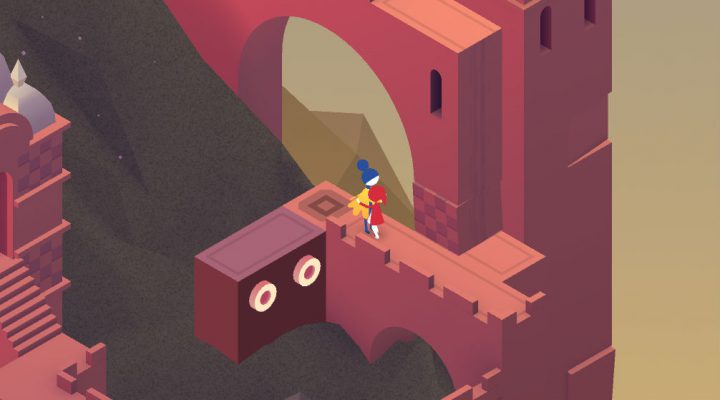 June was a slightly slower month on 2017’s must-play calendar, but it still managed to be a massive gaming time-sink, especially thanks to the seven games below. Between two stellar puzzler sequels, two perfect-for-mobile PC ports, and a long-awaited shooter on iOS, mobile players were able to stay plenty busy. Throw in a rhythmic runner and an immersive gamebook twist on a classic work of fiction, and we have a surprisingly diverse group of great games to kick off the summer–“let’s just stay in the AC”–months. 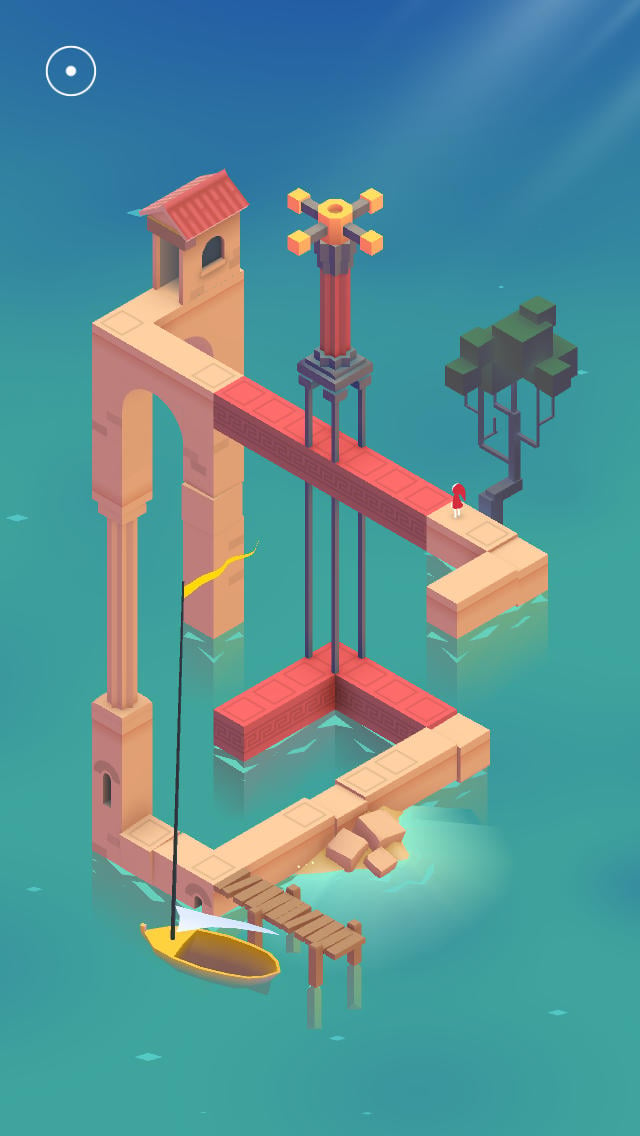 It’s no surprise that the sequel to one of the best games of 2014 should take the top spot for June, although Monument Valley 2’s release was a bit of a shock itself. Following in the footsteps of Fallout Shelter at E3 2015, Monument Valley 2 was announced during last month’s WWDC–and available that very same day. Players who previously had no expectations for a sequel were suddenly treated to an immersive return to the gorgeous Escher-inspired environments filled with thoughtful, relaxed puzzles that reward the ability to interpret the world from different perspectives. The story follows Ro and her child as mother passes on to daughter the knowledge of moving the world and completing the ancient monuments. Some new puzzle types and a clearer narrative provide a slight change of pace from its predecessor, but Monument Valley 2 is ultimately more of the same wonderful art, puzzles, and atmosphere of the original, and that’s exactly why we love it. 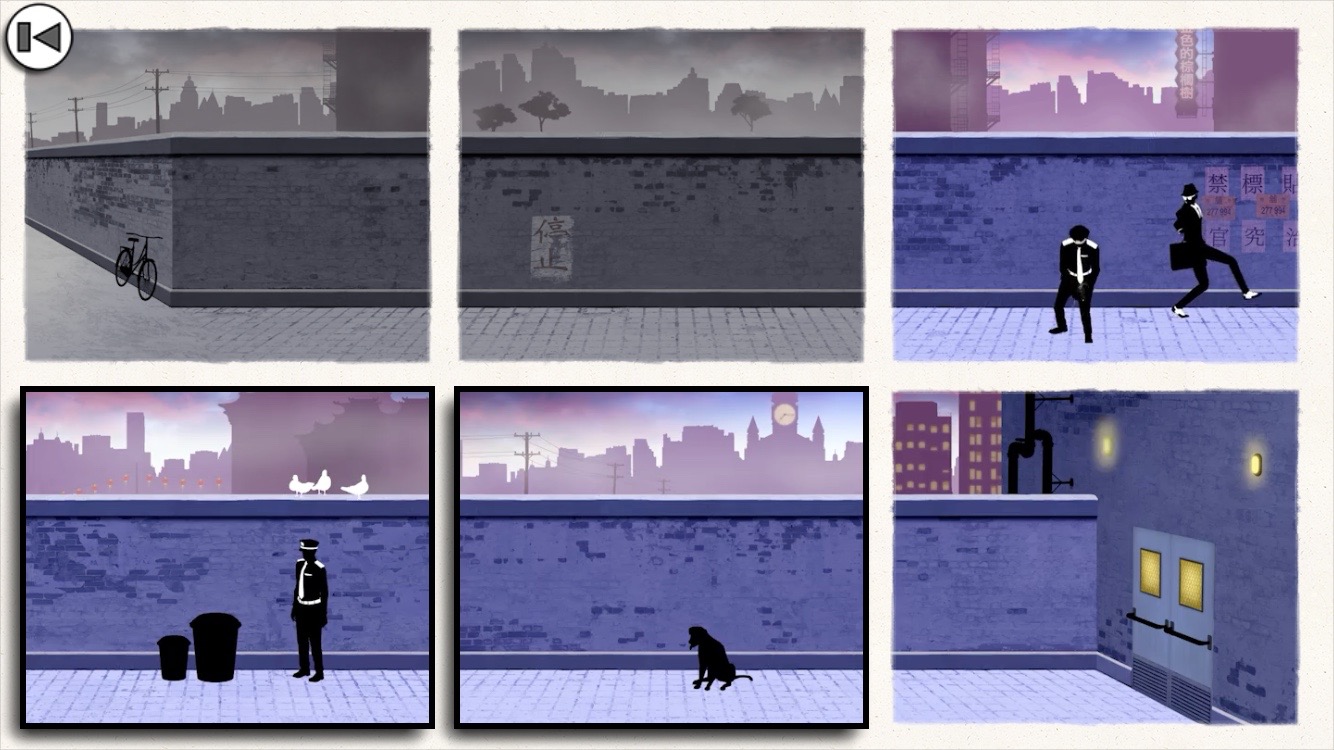 Framed 2 was June’s other fantastic sequel to an already amazing original game. Loveshack’s second noir comic book-esque puzzler puts players in the shoes of an unnamed protagonist rushing to deliver a suitcase to an unstated destination. As in the first Framed, making progress through the textless panels requires rearranging them to alter their order. For instance, shift the placement of two doors to determine where the hero enters and exits, potentially circumventing a guard or sneaking up behind and knocking him out. The panels in Framed 2 provide even more complex arrangements and narrative interactions than the first, with the player’s perspective switching between the protagonist and a female pursuer. The art features the same silhouetted, muted style as the first, but with more depth and detail to its scenery and characters, all backed by a perfectly atmospheric jazz soundtrack. 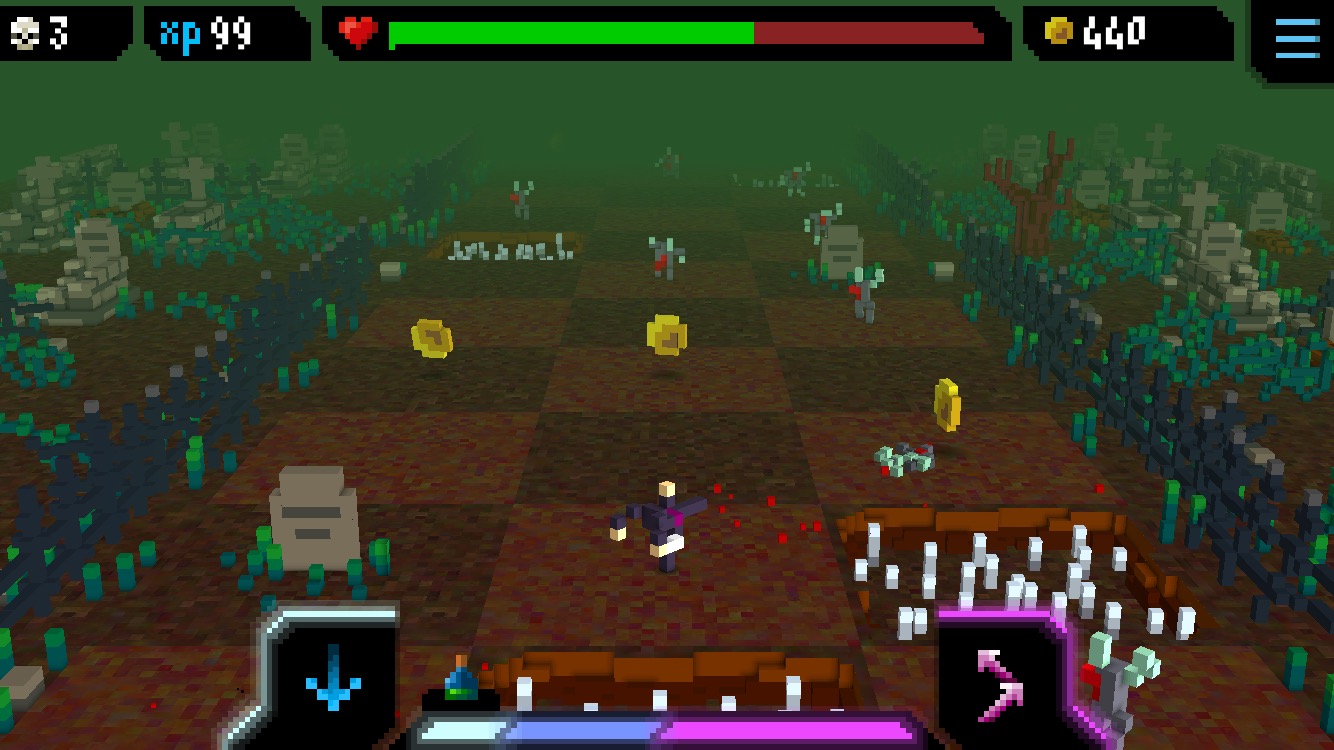 While Flipping Legend is technically an endless runner, it often feels more like a rhythm game, challenging players to recognize patterns and quickly tap to match them. Your hero’s health is steadily draining–acting as an in-game timer–and the only way to refill it is by cartwheeling into enemies. Those enemies are stationed around the three-columned field and seemingly easy to reach: however, you can only move at diagonals, so tackling a zombie requires positioning yourself a square below and to the left or right of it. There are also hazards dotting the map that will end your run if encountered, so you have to delicately balance tumbling into bad guys while avoiding spike and lava pits. Unlockable characters with their own unique skills add variety to the already randomized runs, such as the werewolf that can jump forward or the ninja that can toss shurikens to strike distant enemies. There’s a lot to earn and upgrade on top of the already manic and engaging diagonal runner gameplay that is the epitome of “just one more tumble.” 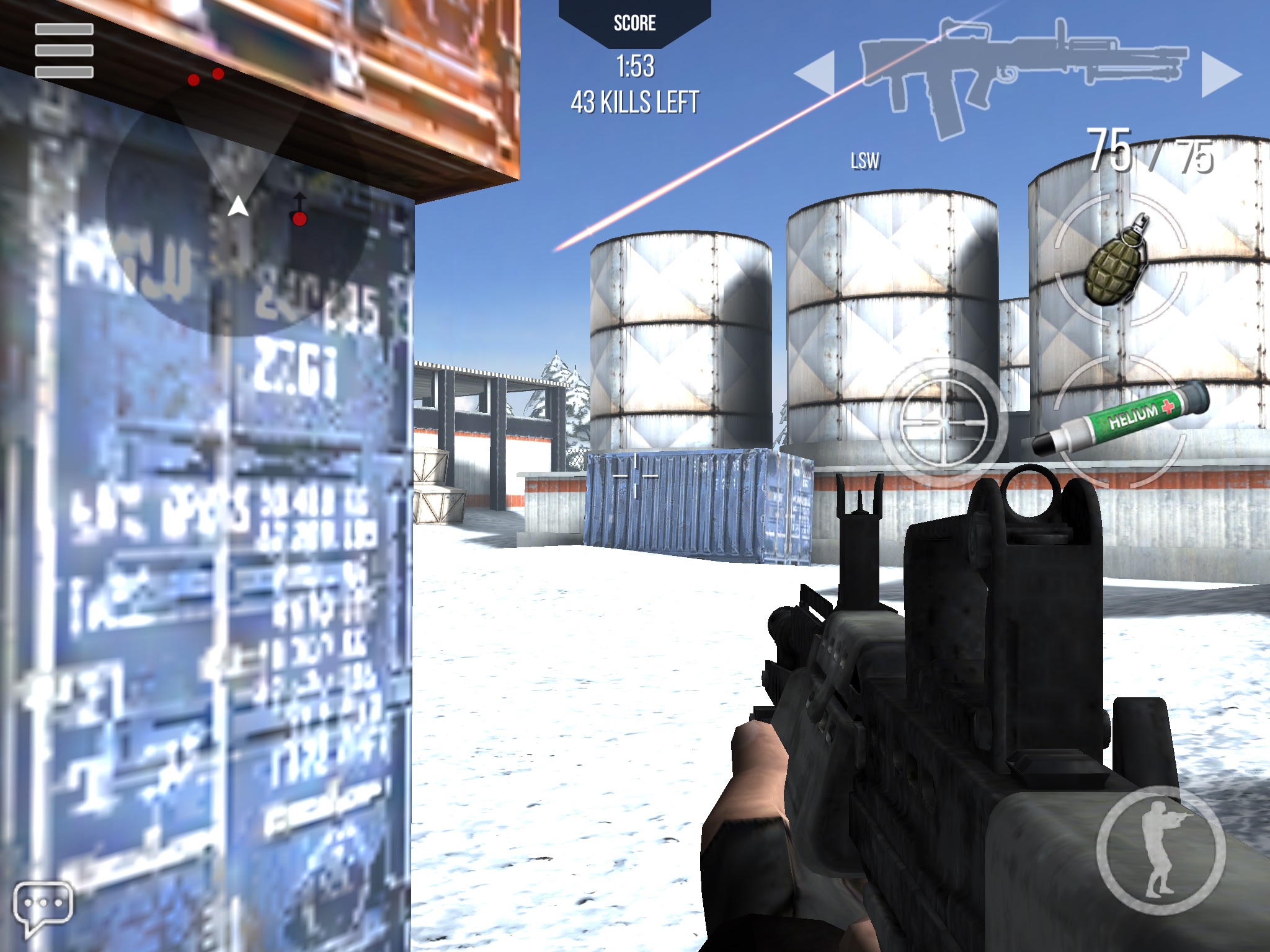 Although Modern Strike Online has been available on Android for over a year, its release on iOS in June enabled a lot more of our readers (and writers!) to finally try it for the first time.
And boy, are we glad we did. Aptly named creator Game Development Ltd has managed to pack an entire premium FPS experience into this free-to-play shooter, offering tons of weapons, gear, and game modes to keep things interesting, along with customizable private matches built on your own ruleset. The inclusion of auto-fire acknowledges the challenge of touchscreen FPSes and opens the game up to potential newcomers while the option to switch to manual should appeal to sharpshooter pros. Yet the wide range of player types and levels doesn’t impact match-ups, since Modern Strike Online boasts an impressive matchmaking algorithm that consistently places players in rooms with the appropriate competition. This also protects free players against domination by paying challengers with notably stronger weapons, negating any “pay to win” annoyances you might find in other F2P shooters. It’s simply a gorgeous, full, and player-friendly FPS experience on mobile that’s now, thankfully, on iOS. 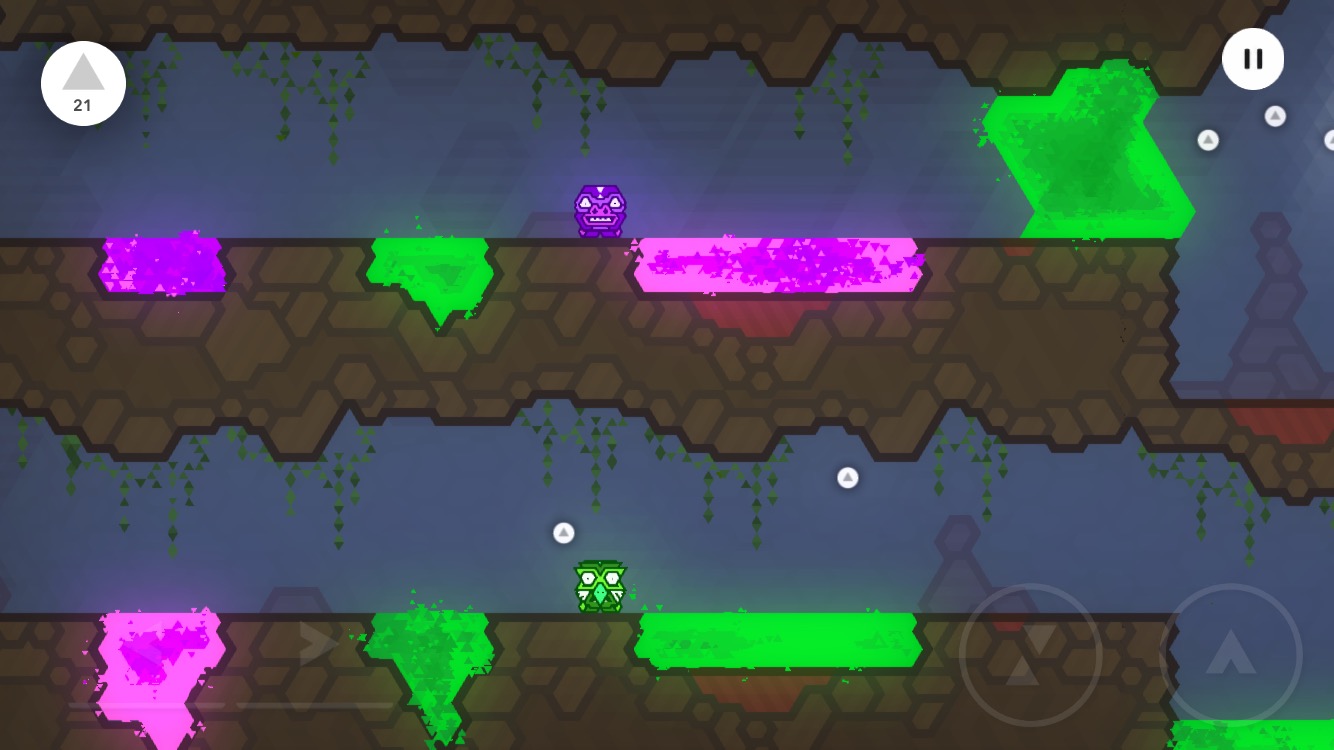 Kalimba released on PC and consoles two years ago, and its launch on mobile last month was a smooth and welcome transition to touchscreens. Kalimba challenges players to control two living totems at the same time, with the movements of each mirroring those of the other: if you hit the jump button, both totems jump. There are a variety of obstacles and hazards standing between your totems and their destinations, including pools of lava, precarious platforms, rampaging bosses, and even their own colors, which determine what type of pillars each totem can travel through. The world is packed with ingenious platforming puzzles to solve with tons of achievements and secrets to uncover, and players enjoying Kalimba on iPad even have the option of a local two-player mode with a total of four totems (two to each player) for absolutely wild and fun co-op action. 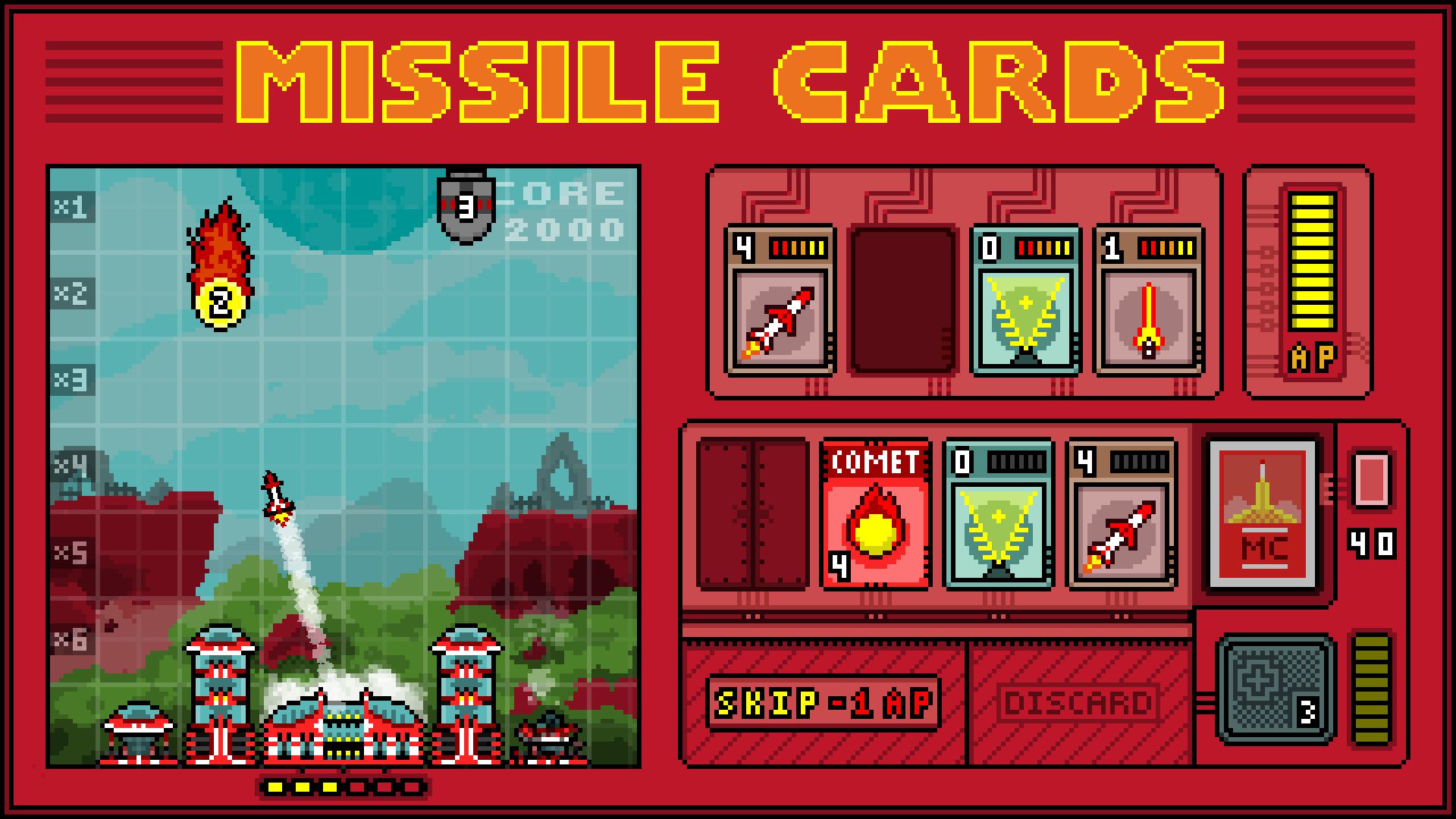 Another PC-turned-mobile release, Missile Cards feels like it was always meant to be a handheld experience. The fairly simple gameplay combines Missile Command defensive maneuvering with Solitaire-style deck sorting into a mashup that just works. Despite the straightforward card-playing mechanic, Missile Cards still requires plenty of forethought and strategy: cards need time to power up and their strength determines what attacks they can actually withstand, and hazards have different requirements for being defused. Thankfully, you can take as long as you want to choose your next play as rounds are turn-based and there is no timer. This won’t help if you’ve backed yourself into a nuke-filled corner, but you can at least take a breath before facing the impending apocalypse–and inevitably, happily starting over right away. 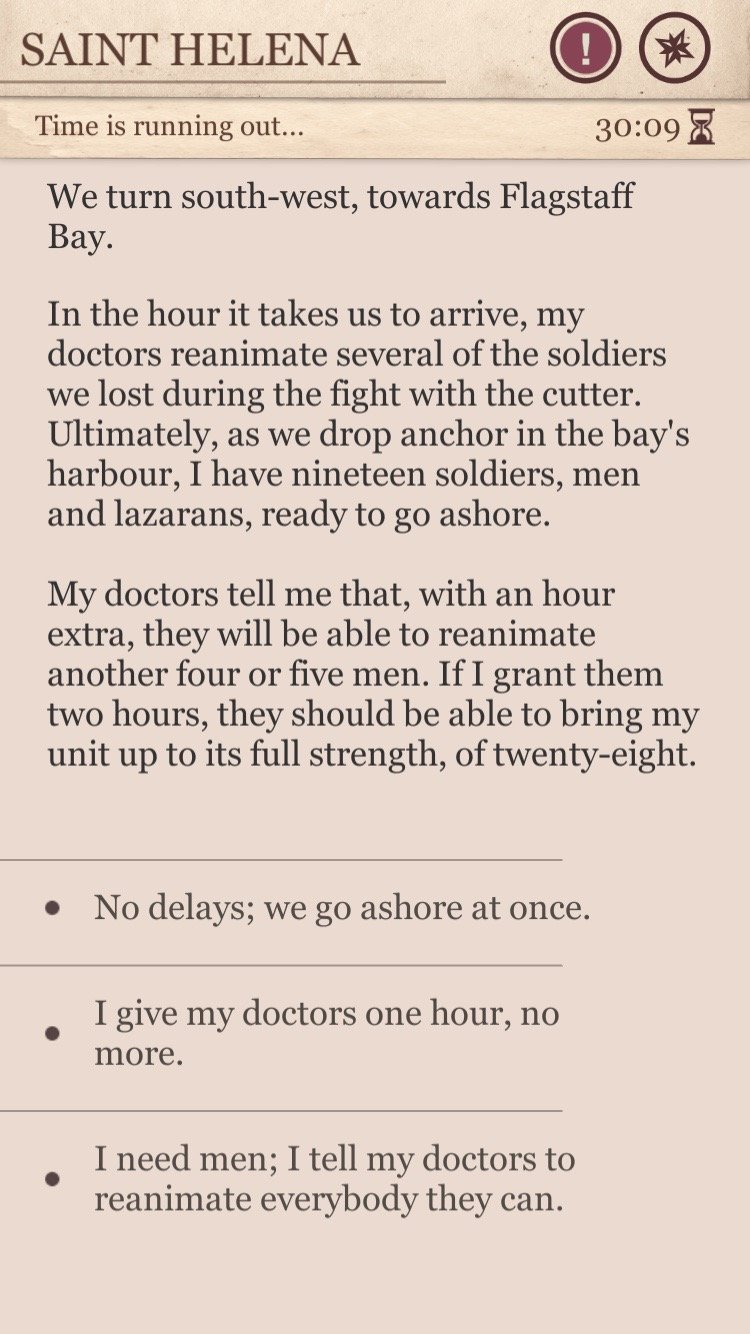 The Frankenstein Wars takes the basis of Mary Shelley’s historic novel and turns it into a fascinating gamebook of epic consequences. Set in revolutionary France in the mid-1800s, the game follows the story of two brothers who discover the secret of Dr. Frankenstein’s work and the ability to reanimate the dead. The not-quite-alive results of their experiments, known as Lazarans, are used as soldiers in the armies of the Napoleonic Wars. Players control both brothers as they engage in conflicts between country and family, making choices that will determine the fate of each. While the scale and stakes are high, small, human decisions–like whether to reanimate a dying soldier who specifically asks you not to–create immediate tension and immersion within the larger narrative.

New This Week: 6 Mobile Games You Need to Download

Kalimba Review: Two Is Better Than One