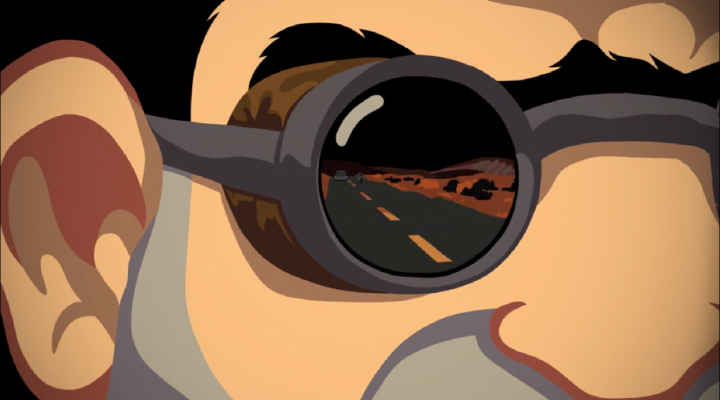 Is Christmas in July still a thing? It seems to have fallen off the fake-holiday calendar here in the U.S., possibly because real Christmas starts in mid-August these days. But just because we don’t have sweaty Santas hocking cheap mattresses on the hottest day of the year doesn’t mean we can’t treat ourselves to some gifts in mobile gaming form. July’s best games included two fantastic racing simulators, a remastered LucasArts classic, a virtual tabletop RPG campaign in space, and a number of puzzle games that blew us away with their creativity. Any of these would make great stocking stuffers, or sandal stuffers, or whatever type of footwear you use to celebrate pretend non-holidays. 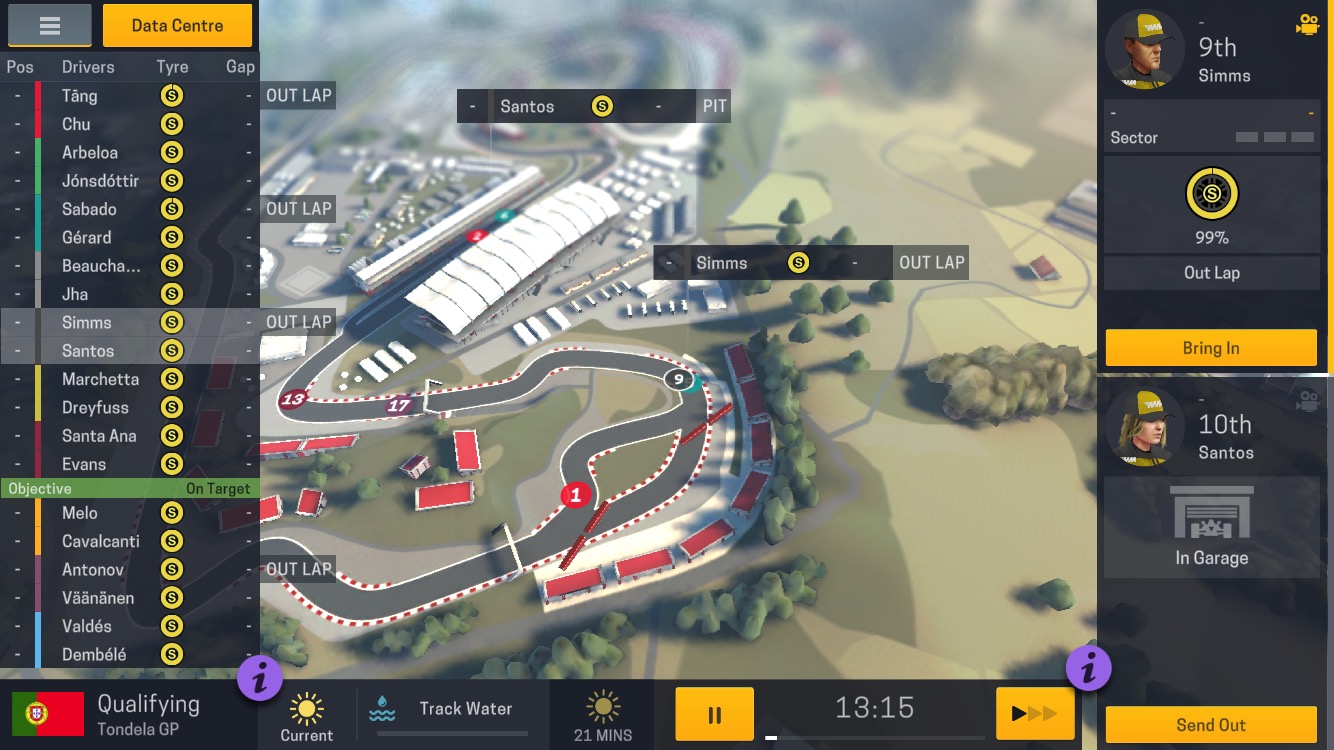 Motosport Manager Mobile 2 takes everything we loved from the first MM and adds even more detail and customization for players to pore over. This racing simulation puts players not only behind the wheel, but also the tires, brakes, track, organization, and driver of each race. Although you’ll have some hands-on guidance during the actual event–such as when to make pit stops–success is more often earned through the work you put into your team and their vehicles before the green flag is dropped. Despite the extensive level of detail you’ll be placed in charge of, Motosport Manager Mobile 2 is consistently easy to understand and player-friendly even to those unfamiliar with the series or racing minutiae in general, making it the perfect entry point for up-and-coming motosport management superstars. 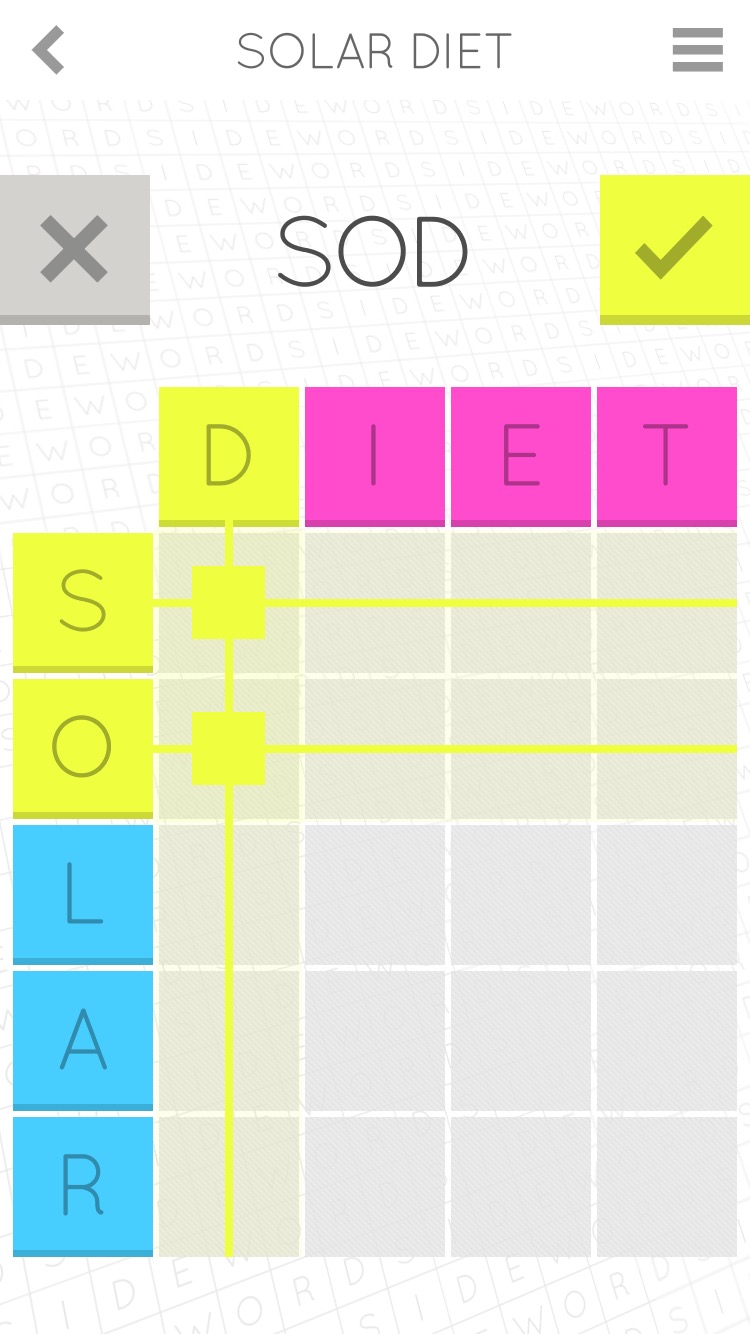 Sidewords is a clever word and logic puzzler that manages to introduce a new mechanic to a well-worn genre. In addition to creating words from a set of given letters, you’re challenged to fill a grid without having your creations overlap, requiring careful planning so you don’t end up with an unused, isolated square. While levels start off simple with three letters on each side of the grid, you’ll soon have a much larger area to manage and longer words available to spell out. There’s inevitably some trial and error involved, but Sidewords doesn’t punish players for trying even potential non-words, so you’re free to play around and undo as much as you like. Besides the core word-grid gameplay that comes with tons of levels to tackle, Sidewords includes a bonus game: Quads is a bit like Threes! with letters and fun enough that we would have gladly paid for it as a separate experience–instead, you get two fantastic word games for the price of one.

Galaxy of Pen & Paper brings the tongue-in-cheek humor of Behold Studios’ Knights of Pen & Paper series to the near future with alien races, space battles, and plenty of sci-fi in-jokes. The game follows the same pattern as its predecessors, putting players in the shoes of a group of tabletop gamers as they complete their DM’s latest campaign. The party will explore planets, assist NPCs, and engage in tons of turn-based battles that will put their even wider range of abilities to the test. If you enjoy Knights of Pen & Paper, science fiction, and finding the perfect DM chair for butt-shape, Galaxy is an easy recommendation. 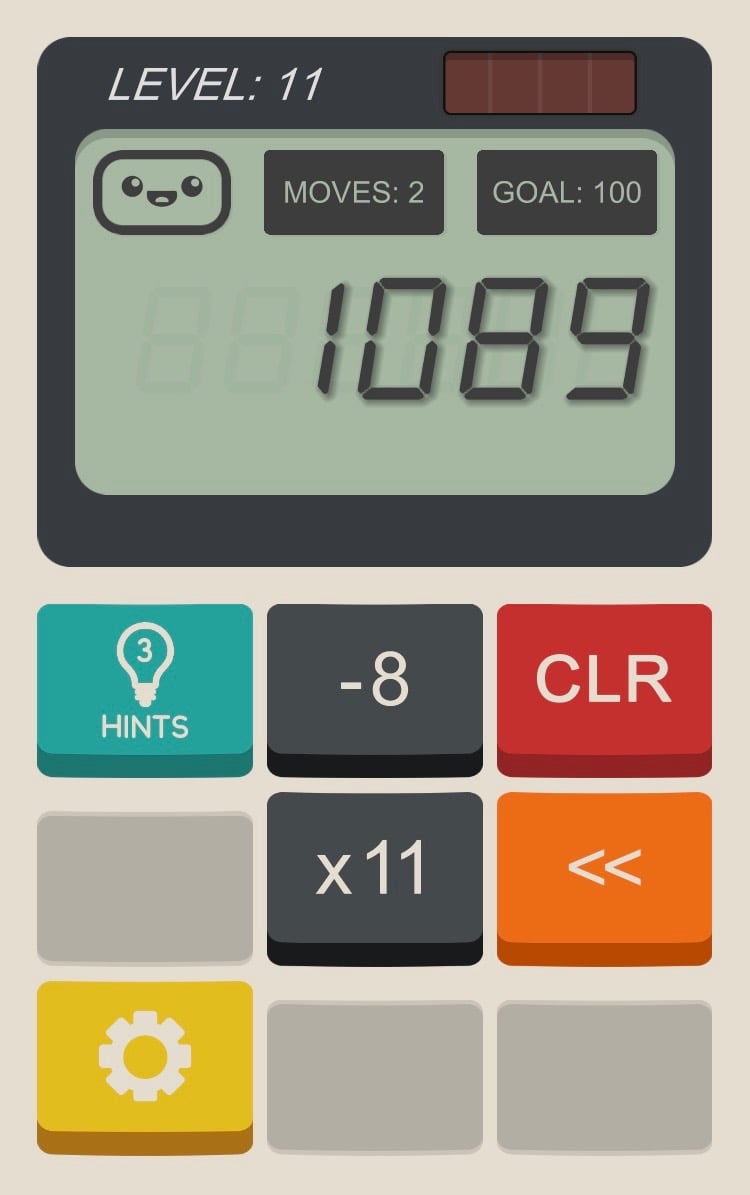 Calculator: The Game managed to make us love both math and the inanimate object we use to complete it through its adorable guide and generous amount of engaging puzzles. Each stage challenges you to end on a certain number goal and then provides you unique buttons that can be used to reach that goal. If you’re asked to create “5,” for instance, you might use buttons with “+2,” “+4,” and “-1.” While stages start off simple with mostly basic addition and subtraction, you’ll quickly have to contend with all manner of arithmetic and buttons with unexpected powers ranging from reversing numbers to teleporting them on-screen. The puzzles are varied and challenging, but it’s the calculator itself that stole our heart: via an animated face on the machine’s screen, our calculator friend offers guidance, support, and recognition when we do well, providing humorous quips and endearing commentary that makes Calculator: The Game much more than just another math puzzler. 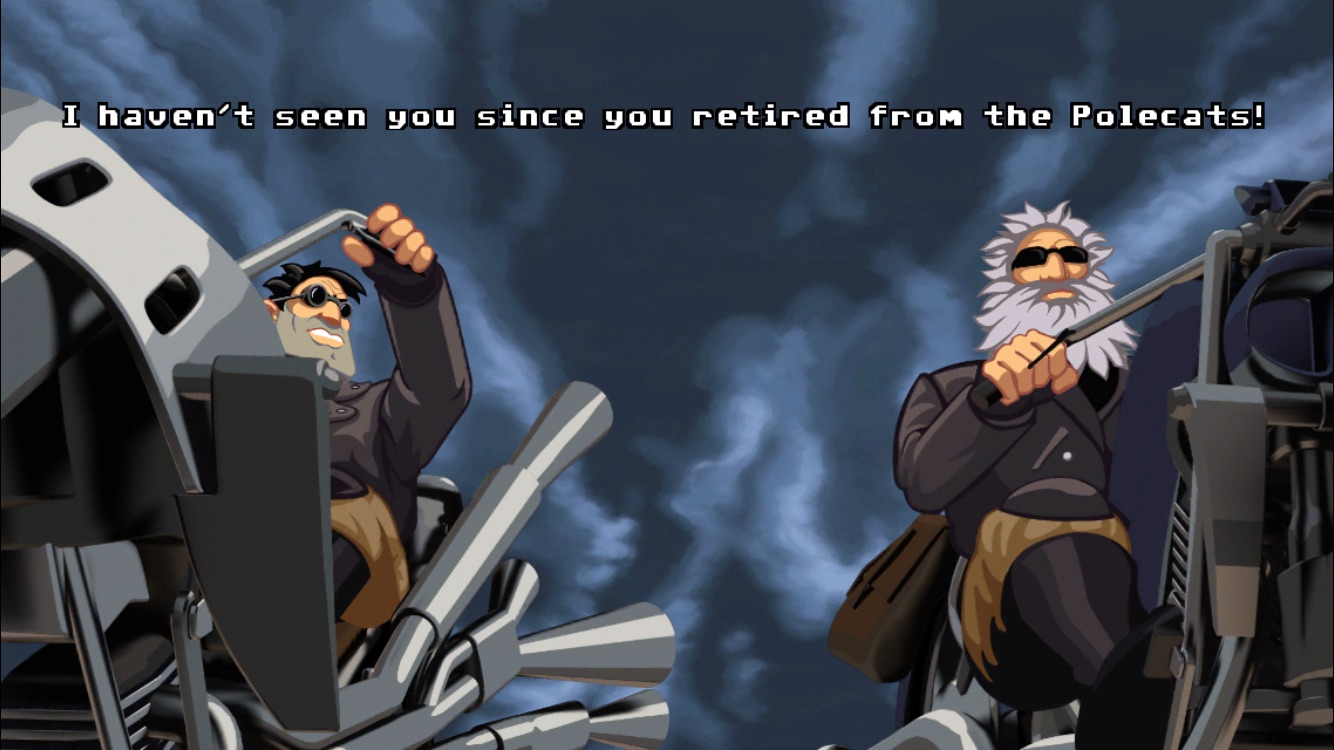 Full Throttle Remastered brings the LucasArts classic from 1995 to touchscreens with slightly updated visuals and interface options, while maintaining the same great story, characters, and music of the original. The tale of biker gang leader Ben, a corporate takeover, and a whole lot of murder offers a slightly more mature experience for modern adventure gamers, and the use of flying cars and other near-distant technologies that have yet to come to fruition provide the same modern sci-fi sensibility the game achieved 20 years ago. Full Throttle’s puzzles skew more logical than the average point-and-click adventure, which, combined with the additional option of identifying all hotspots in a scene, prevents the type of pixel-hunting and random solution frustration sometimes found in the genre. All together, it’s a great port of a fantastic game that should satisfy longtime fans or completely new players. 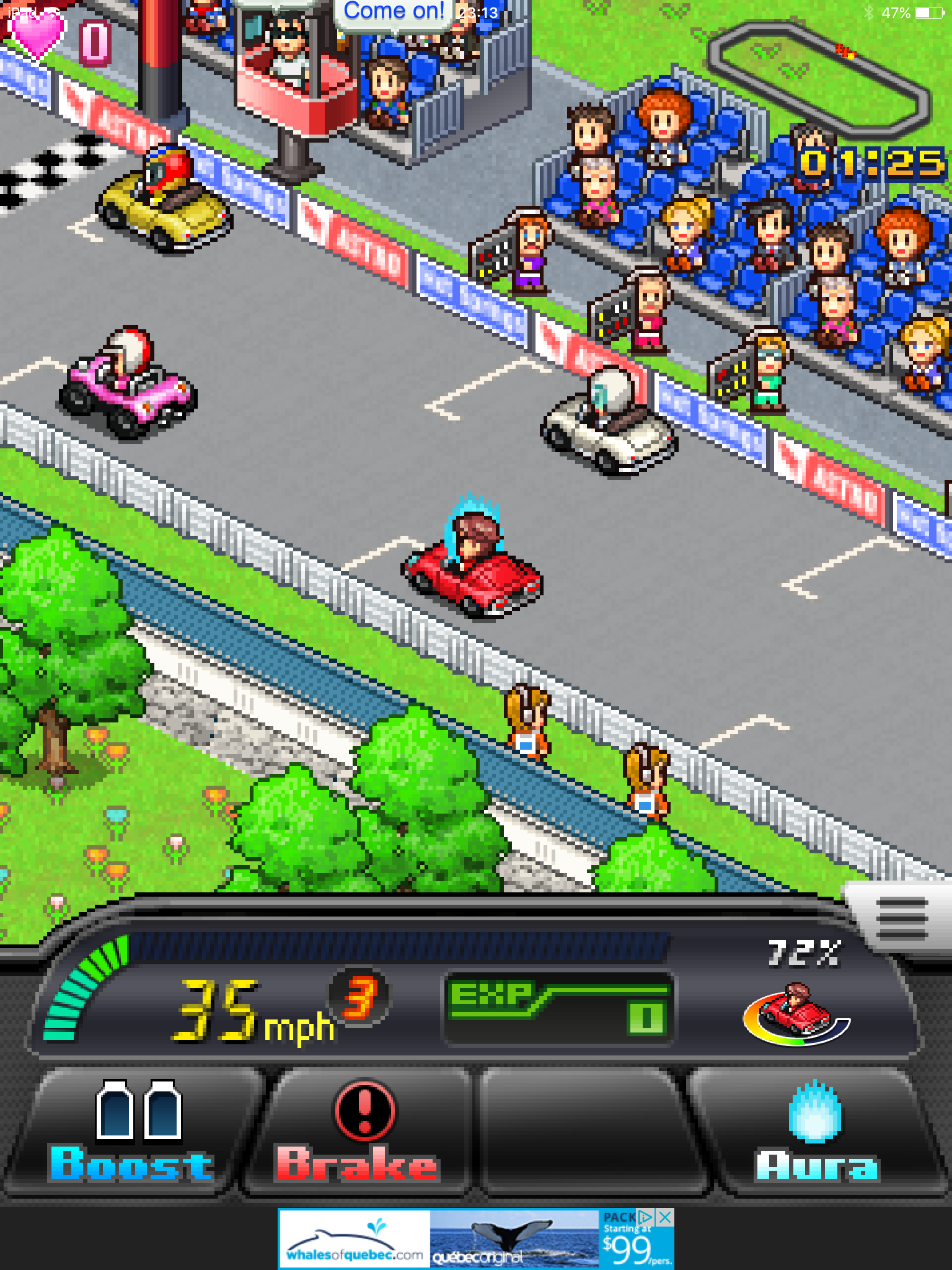 Grand Prix Story 2 continues developer Kairosoft’s history of creating surprisingly in depth simulations presented through delightfully colorful pixel graphics. This time around, players are in charge of a racing team and the management of everything from hiring drivers to researching new car parts. While most of your efforts are dedicated to race prep and behind-the-scenes adjustments, you will watch your drivers within the actual races and offer guidance by suggesting when they brake, boost, or use their special aura power. The races themselves only take a couple of minutes, which means they’re only a short diversion until you’re back at the garage and making adjustments based on your last performance. The transition to free-to-play from the original Grand Prix Story’s paid model feels well balanced, with rank ups coming admittedly slowly but never seeming impossible without putting in real cash. Whether you play in short bursts or marathon sessions, there’s plenty to do and love within Grand Prix Story 2. 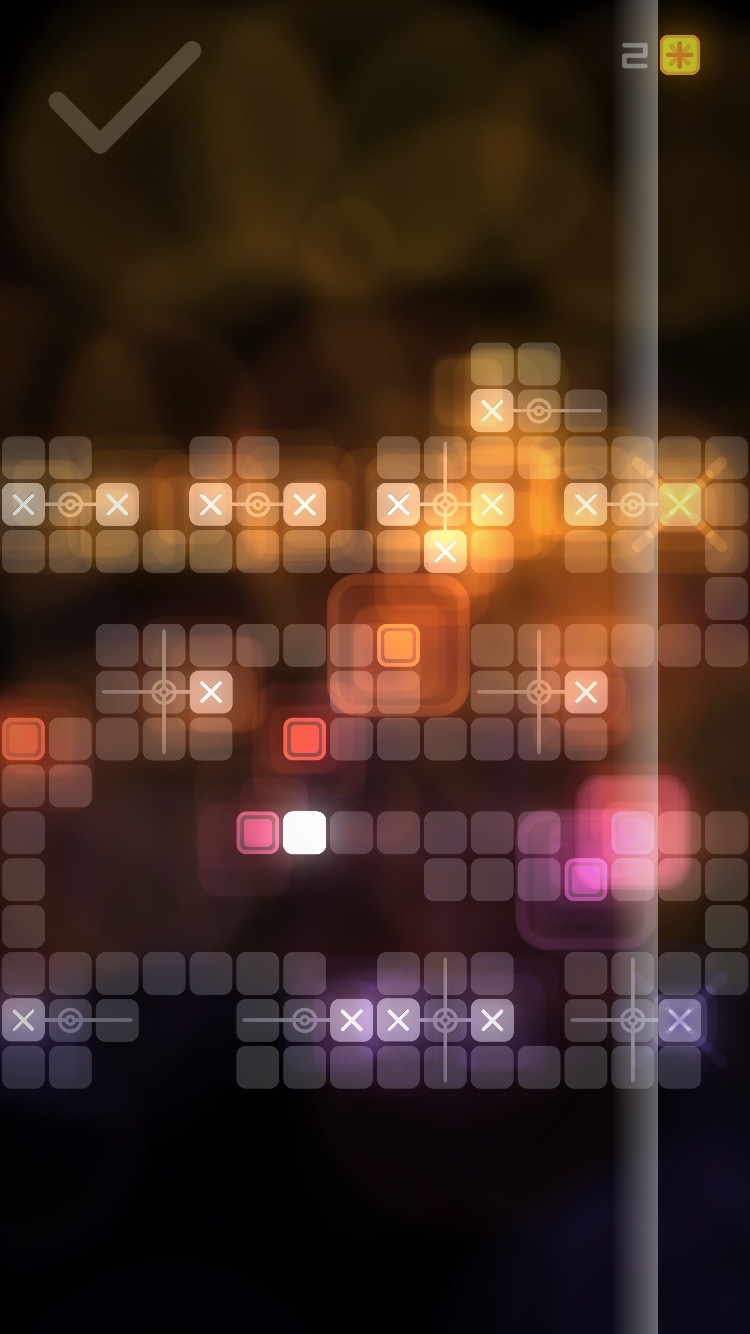 Resynth is a fascinating puzzle game that attempts to embody the experience of having synesthesia by sending players through a maze-like series of musical tiles. These tiles have specific methods of being triggered–such as hitting them from behind or activating a lever–which determines the direction and path you need to approach from. As you travel across the board, areas will become blocked off, requiring you to reach certain tiles first and rethink your route if a note becomes unreachable. The interface is reminiscent of an actual digital music creation tookit, yet players without specific musical talents can still decipher and enjoy the challenges as rhythmic, abstract puzzles.