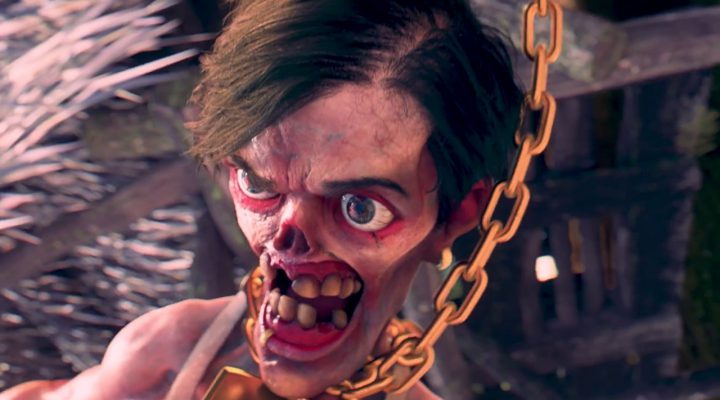 Happy belated birthday, America! And to the rest of the world, uh, happy Thursday. We’re celebrating the U.S.A. turning another year older by digging in deep to the app stores now that we have our cookouts and fireworks out of the way and checking out the best new mobile games out this week.

“But wait, Gamezebo,” you say. “Isn’t that how you celebrate every week?” Yes. Yes it is.

We can’t really help that, though, considering new mobile games are very much our jam and they just keep coming, whether there’s a nation’s birthday in a given week or not. The app stores don’t shut down (well, except for around Christmas for a spell) and neither do we.

So lather up that sunburn with aloe, eat a little healthier today to make up for yesterday and check out these five new mobile games that look like your best bets to check out and download.

Admit it: You thought the current zombie craze that has swept just about every part of pop culture would have run its course by now. It has not, of course, and Dead Island: Survivors is ready to try to extend it even longer. Based on the console game franchise of the same name, this one is something a little unexpected, combining action RPG and base defense elements in a way that looks like a lot of fun. Or at least as fun as the dead walking the Earth again could be.

Let’s keep it scary, shall we? Identity V is an asymmetrical horror game with one player taking on the role of a hunter, out to torture and kill the other four players, who are trying to work together to not become dead. Set against a classic Victorian backdrop with a corresponding gothic art style, it also has an interesting look you won’t find in just any game. Color us intrigued.

Until we started on this write-up, we had no idea just how many rally racing games are out there on the app stores. Trust us, it’s a lot. What sets this one apart, aside from its very liberal use of the word ‘est’ to describe itself, is how imaginative it is. Imagine if you were driving a rally car around a mini golf course and you’ve just about got the idea. We like the simple visuals too.

Speaking of mini golf, it’s actually at the center of this game, albeit in a unique way as DROLF is also a puzzle game. The cool twist is that you get to draw walls where you think they would be most advantageous to get the ball into the hole, which is something they probably won’t let you do at your local mini golf course, though we admit we’ve never asked. We do think it’s fair to say that miniature golf is something of a puzzle game IRL, so well played, DROLF developer.

Now here’s a game that promises a lot. Its write-up in the App Store says it offers “a blend of adventure, action and logical game with RPG elements.” That’s just about everything you could possibly try to squeeze into a single title. We appreciate that kind of ambition, which is why we’re keen to see if Minaurs is even half of what’s on the label.