5 new mobile games you need to check out this week 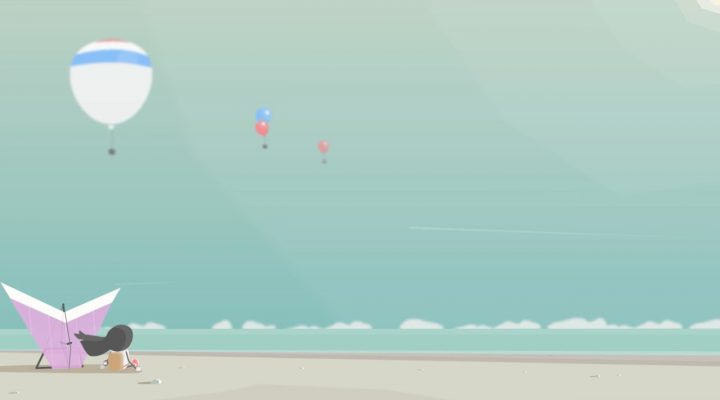 You ever have a visitor who overstayed his or her welcome and just stubbornly refused to leave? That’s kind of what winter has been like in the eastern part of the U.S. It should have ceded the calendar to spring a few weeks ago, but nope. Still around, and with the possibility of snow this weekend, more than a week into April, it’s getting to the point where all you want to do is throw your hands up, forget about the outside world and escape into mobile games.

Hey, what a coincidence! It just so happens that we have a list of new mobile games to check out, the most interesting stuff we’ve seen arrive on the app stores in the past seven days. Some are about golf, which makes sense as the Masters is upon us. Many, many more are not about golf. In any case, the five that most tickled our collective fancy are the ones we’re going to tell you about, and the weather is free to keep on doing what it will.

There aren’t too many mobile games where you control a character using a hang glider, so the devs at Laserdog and the team at PlayStack are out to correct that. It’s not just a hang glider that gets Ava, um, airborne either, as the game promises that anything she can find will get her flying. Master the whimsical flight in this game and advance through all 15 levels to become an Ace, and customize your Ava with charms and companions. it also looks lovely, we must say.

Told you there would be golf in this list! What sets this particular one apart from the many others on mobile? It starts with the fact that it’s based on a popular PC franchise. Add in the fact that the visuals look pretty impressive, it allows for solo play and real-time PvP matches against other players where you can bet on your shots (not with real money, of course!) and you’ve got yourself a pretty interesting looking package. On Masters week, no less, when it should definitely attract some downloads.

The Pillars of the Earth

So this is a pretty cool one: An iOS game based on an existing PC and console games which in itself was based on a series of books titled, you guessed it, The Pillars of the Earth. It’s a point-and-click adventure of sorts, but told in a pretty new and exciting way, and you can even change events and the fates of characters from the novels. With over 200 hand-painted backgrounds and a unique 2D animated style, this is one that looks like it could really grab hold of you and not let go.

Despite the foul weather we keep talking about, it is actually baseball season now, which means you might want to play some baseball on your phone or tablet. MLB Manager 2018 is by the same folks who make the incredible PC baseball sim OOTP 19, and while it doesn’t have all the same features as the computer game, it does have enough to make just about any fan of America’s pastime happy. Last year’s game came highly recommended, so hopefully the new version follows in its footsteps.

Kind of a classic in the world of adventure gaming, Simon the Sorcerer is a more tongue in cheek twist on the usual fantasy RPG tropes. For its 25th anniversary (whoa, it’s been that long?), the game has been given a full facelift and been redone with touchscreen controls in mind. Feeling too retro for all that? There’s even an option to play the game as you remember it with a 1993 feel if you so desire. That’s some true magic for you.