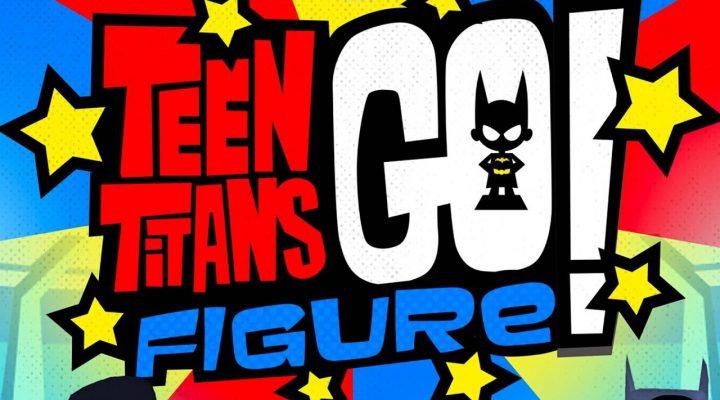 Happy Comic-Con week! Hordes of pop culture enthusiasts have gathered in sunny San Diego for the annual tribute to everything that is right and good with the world, a.k.a. Comic-Con International. What does that have to do with new mobile games?

Usually, not much. Though there are a few mobile gaming studios that show off their wares at SDCC, usually in conjunction with some huge pop culture IPs, it’s definitely not a primary focus. However, this year, the sequel to Teeny Titans just happened to drop the exact same week as Comic-Con.

Coincidence? Ha! We think not. The Titans do have a movie coming up as well, so they’re definitely in the spotlight in general, but this kind of synergy doesn’t come along all that often, and it’s almost too perfect. It’s not the only new mobile game we’re eyeing up, of course, so let’s take a look at five titles we can’t wait to play this week since we ourselves are not in Cali right now.

Who would dare try to put an end to the Teeny Titans? That’s not a rhetorical question, as we’d actually like to know. The sequel to the very popular Teeny Titans is full of figures to collect, cool modifications you can make with paint and accessories, and the usual humor you’d expect from the Cartoon Network folks. The regular voice cast is involved, which is a nice touch, and it’s not a free-to-play game for those of you who dislike such things.

The previous game in this series was quite simply one of the best mobile sports sims we’ve ever played, good enough that it was engrossing even if open-wheel racing isn’t really your thing. The new game adds more strategic and economic considerations like the kind you’d face running a real life race team, an AR mode, new visuals, Endurace racing, plus arguably the most famous venue in all of motorsports, Monaco. We can’t wait to take it for a few laps.

We all love professional wrestling (well, maybe not all of us, but possibly a good chunk more than would readily admit to it), but sometimes it just takes itself a little too seriously. Rowdy Wrestling is the antidote to that, since it definitely lets you know right off the bat that it’s got its tongue at least partially in cheek. Yet it looks surprisingly deep, too, with dozens of grapplers, a career mode and much more. Talk about coming off the top rope.

This game technically launched last week, but we missed it then so we’re including it here. It’s our column, so our rules. Anyway, if you’re frustrated by the sense that most of the location-based games out on mobile right not are a little too similar, this is one you’ll want to check out. It’s a CCG, which is something we haven’t seen yet, and real life weather affects the game mechanics as well. Plus it’s the product of a college course, so that’s pretty cool too.

Let’s end this week’s crop of cool-looking mobile games with space and mech combat all rolled into one. This space-based action RPG lets you delight in the sheer awesomeness of blowing stuff up, with tons of missions, dozens of ways to upgrade and bot buddies to collect, and much more. If you don’t think this game looks like fun, it may be that you just don’t like fun. And we’re not judging or anything, but …