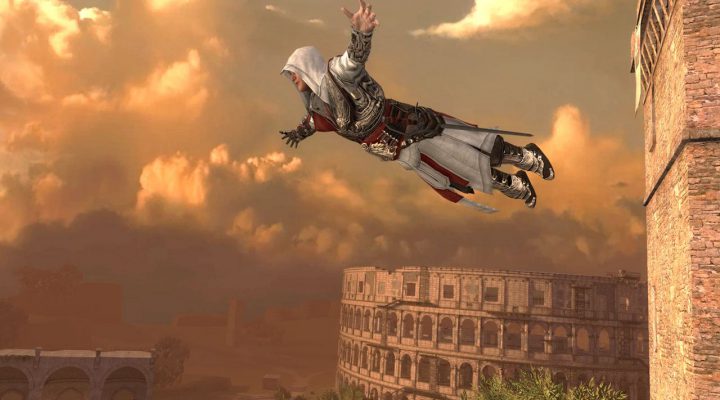 Ready for a big week? Tonight’s new releases include zombies, assassins, and frosty tall milkshakes for all to enjoy. It’s a weird mix, but there are some big games (and even bigger brands) in tonight’s lineup.

Did we miss the game you’re most excited for? Be sure to let us know in the comments below?

While very few of them are still available for download, there have been a lot of Assassin’s Creed games on mobile. Until tonight, though, there hasn’t been one that really tried to recreate the core experience of the console games. Set during the Italian Renaissance (a fan favorite era), players will try to solve “The Mystery of the Crows” through plenty of missions filled with parkour goodness.

As if we needed any more confirmation that The Walking Dead of the comics and Telltale’s Walking Dead share the same universe, along comes a new mini-series about Michonne that fills in some of the missing backstory from Robert Kirkman’s original print version. This is the first of a three-parter. Michonne fans, you won’t want to miss this.

Ready for a challenge? The second game from Prettygreat (Land Sliders) is all about sliding a milkshake down a bar until it reaches its target. This may sound easy — but with different dips, jumps, and surfaces to contend with, getting that deliciousness where it needs to go is anything but simple.

If you’re a fan of the Futurama franchise and casual matching games, you’re in luck: Game of Drones is a match-4 puzzler (33% better than a match-3 game, according to the game’s advertising!) starring characters you know and love from the (sadly defunct) show. It may not seem like the most exciting use for the license, but it is a new game from Wooga — and if anyone knows how to make a fun casual puzzler, it’s them.

If you text your friends endless strings of emojis for them to decipher like some sort of megalomaniac with a love for Flash Cards, you’re in luck: Cinemoji is a trivia game that’s asking you to do just that. It has a focus on movies, TV shows, and video games, so let’s hope you know how to say “Metroid” with emojis.