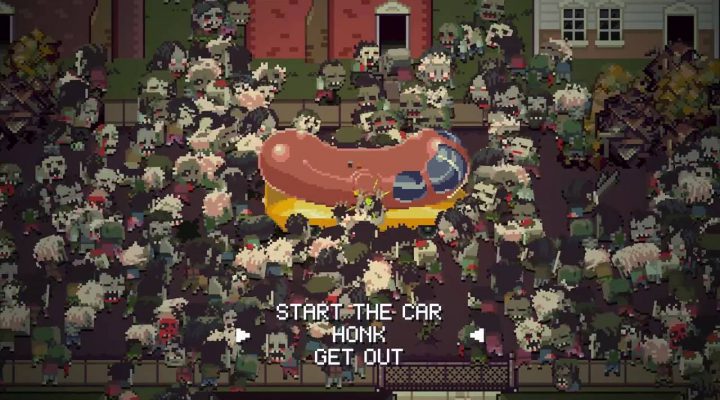 When I was but a wee lad, waiting for Tuesday to come around so I could check out the new cassette tapes at the record store (Google all that, kids) was an all-consuming thought. Later, it became Fridays for movie releases once I was old enough to drive to the theater. For mobile games, it’s Thursday that is the centerpiece of the calendar since the weekly App Store refresh tends to bring with it a bunch of new titles.

Still, that doesn’t mean your Wednesday nights have to go for naught. Some studios simply ignore convention and release early, and other times they intentionally trickle games onto the app stores before officially making a big deal out of them on Thursday.  So guzzle that energy drink and get ready to make this a gaming night with these new titles.

We’ve had our eyes on this one for a while. Card Thief is like solitaire mixed with an adventure game, and Tinytouchtales has really put some nice thought into how the mechanics work. Sneak around and try to loot treasures before making your way to the exit, with the deck of cards making things different every time you tackle the four different heists. Early adopters have noted the short play sessions make it perfect for gaming on the go even though the strategic elements are deep. Plus the actual thief looks like a Spy vs. Spy character had a baby with an ancient Egyptian priestess or something. Now on the App Store.

Who’s up for a digital board game? We are, nearly all the time. Tokaido brings the authenticity since it was developed by the people at Gameforge, who also published the board game. Take a trip across ancient Japan and experience everything it has to offer while making sure to stymie your opponents trying to do the same. Solo, pass and play and online multiplayer modes sound like they cover the whole gamut of playing options. Get it on the App Store and Google Play.

This game has our friends at Touch Arcade practically giddy with anticipation. Why? Well, maybe the idea of a gonzo, super violent road trip to the Great White North appeals to them. It appeals to us too, as you take a number of different characters and try to hold off hordes of the undead in the midst of what appears to be one of the more tongue in cheek takes on a zombie apocalypse around. We loved it so much that we wrote a love letter to it. You can grab it now from the App Store.

Also, we’ve gotten word that a certain card game based on a popular console and PC game franchise might be on the App Store as well. Just saying that you might want to scroll through and check for it, is all.