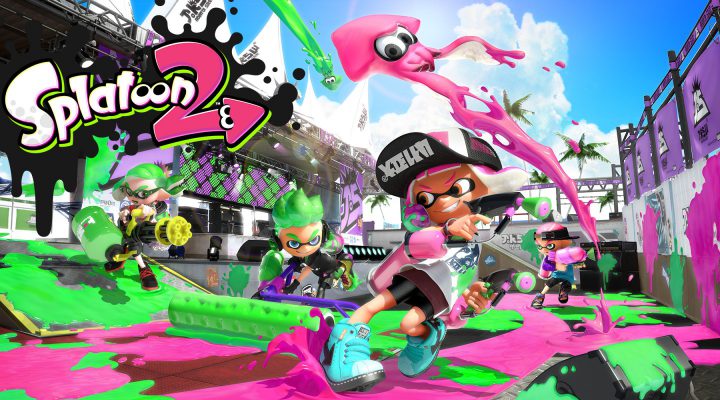 Nintendo still seems to be finding its feet in the world of online multiplayer, but that hasn’t stopped the Nintendo Switch from having a wealth of different options across a range of genres. These include first party efforts from Nintendo alongside some awesome third party offerings.

In this guide, we’re going to detail all of our favourite online multiplayer games on Switch, so you can take a look at a few to play with friends.

Arms was one of the greatest exclusives available at launch, and is a demonstration of what Nintendo does best. The huge publisher took the fighting game genre, added a casual-friendly motion control scheme, and swapped the intense reflex requirements for a cerebral challenge. The result is the best fighting game on Switch, with an excellent multiplayer mode.

Dauntless is basically Monster Hunter but with a focus on online multiplayer. You’ll battle a range of behemoths and create weapons and armour out of various different parts. Each set has different statistics that are effective against different behemoths, so collecting each one is pretty addictive.

The king of action RPGs, Diablo III, is available on Nintendo Switch. You can grab a friend or two and battle hordes of demonic monsters as one of a bunch of different classes online. There’s such a sheer amount of content, loot, and fun to be had here that it almost seems unfair to every other game on this list.

The Doom reboot paved the way for excellent Switch ports, and it featured a solid multiplayer component. It’s not the nicest looking or best multiplayer game on Nintendo’s platform but it’s a solid effort nonetheless.

Until F-Zero makes its comeback, Fast RMX will hold the candle as best futuristic racer on Switch. When we say fast, we really mean it: this is a speedy game when on maximum settings and you’ll wonder how you’re supposed to keep up with the action.

You can replace FIFA 20 with any FIFA on Switch, as they’re all the same aside from player lists and kit. All of them have the crown jewel of FIFA games though: Ultimate Team. There are other modes for those that aren’t a fan too, including Seasons, kick-off, and more.

Fortnite, the world’s biggest battle royale shooter, is available on Nintendo Switch. If you like online multiplayer, chances are you’ve already got this downloaded and played hundreds of hours. If not, what are you waiting for?

Like sports games? Get Mario Tennis Aces then. This fun Mario spin on the game of tennis is well worth checking out for its multiplayer alone, which lets you play with and against friends online.

Minecraft is one of the world’s biggest games for a reason: the possibilities are basically endless. Whether you like exploring a world, battling monsters, building stuff, or raising a farm, Minecraft has it all. Pick what you want to do and do it – all with a friend.

Mortal Kombat 11, one of the world’s biggest fighting games, is actually available with full online support. You can play as one of your favourite characters from the franchise’s history in up to eight player multiplayer.

Overcooked! 2 challenges you and a few friends to cook a wide variety of dishes in a bunch of kitchens that are challenging to work in. You’ll have to throw ingredients at each other and yell really loudly to make sure the kitchen runs smoothly.

Overwatch kicked off the huge obsession with hero shooters a few years ago, but only made it onto Switch last year. It’s a brilliant port that looks and runs great on the powerful handheld and features all of the awesome game modes from the original.

If buying games isn’t your cup of tea, Paladins is a solid alternative to Overwatch with a few tricks of its own. It’s a hero shooter much like the game that inspired it but there’s a lot more customisability in your playstyle thanks to the perk cards you can tweak.

Pokken Tournament originally launched on Wii U, but was ported to Switch in a new enhanced form shortly after the platform launched. Think of it as like Tekken but fighting with Pokémon and you’re along the right lines.

Puyo Puyo Tetris is an excellent mash-up of the two brilliant puzzle games that you can play online with friends or strangers. Better yet, one of you can play Tetris while the other plays Puyo Puyo and you can compete for score.

Realm Royale is by the makers of Paladins, and is Fortnite reimagined as a hero shooter. You still battle against upwards of 100 players in a fight for the death, looting your equipment along the way, but you can play as one of a few different character classes.

Rocket League is a brilliant mash-up of football and racing that sees you drive really fast cars at huge balls as you strive to shoot them into the back of the net. It’s a blast with a few friends.

Splatoon 2 is arguably Nintendo’s most successful online game to date. It features co-operative Salmon Run and a wealth of competitive modes that you can play with friends or against strangers.

If you like fighting games then Street Fighter is well worth a look-in – particularly this re-release of all of the classics. It features most releases from the past 30 years – all with online multiplayer.

Super Bomberman R supports up to eight players in a variety of party modes. Basically, bomb everyone before you get bombed yourself and you’ll be fine.

You can create and share your own Mario levels in Super Mario Maker 2, which supports designs from numerous different Mario games of yore.

Tetris 99 is battle royale reinvented with a Tetris spin. You’ll battle 99 other players to see who has the best Tetris skills.

Last but not least is Warframe, which features an insane amount of content that you can play with or against your friends. If you like loot and shooting, you’ll love this.