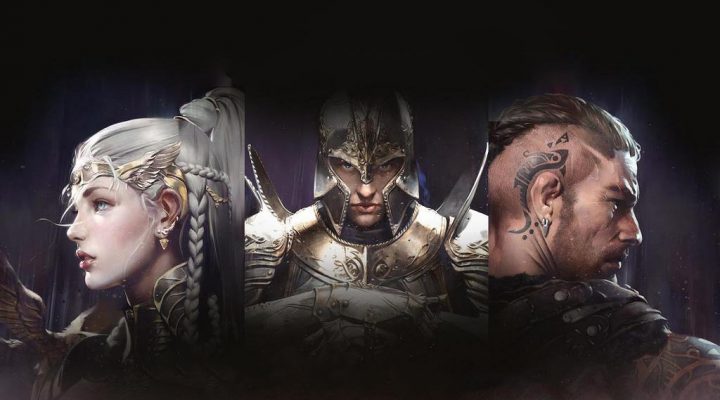 Some developers like to play it safe when launching a mobile game. Rather than release it worldwide in one fell swoop, certain studios insist on soft launching their wares in testbed territories to help them zap any bugs and glitches ahead of mass consumption.

This is good news for players in the tester countries as they can get their mitts on these games before everyone else, while the rest of the world can take a vicarious sneak peek at what’s in store.

Here are the games currently in soft launch that you need to know about.

Battle royale fever has the mobile games industry in its grip right now but there’s always room for more of these titles, providing they bring something new to an increasingly saturated genre. Battlelands Royale is doing that with its high accessibility, colourful top-down visuals and short, sweet multiplayer contests that are ideal for consuming on the move.

DC: Unchained is basically Marvel Future Fight for people who prefer Batman and Superman to Spider-Man and Iron Man. It’s a team-based superhero brawler in which players pit heroes and villains against one another at famous locations from across the DC Universe. Gotham City and Metropolis are among them, obviously.

Nexon’s Darkness Rises is an action-RPG that wouldn’t look out of place on recent home consoles, with its cutting-edge 3D graphics and fleshed-out narrative. You’ll hack and slash your way through hordes of demons, raid dungeons and do battle with screen-filling bosses.

Despite what its name suggests, Justice Royale isn’t another addition to the crowded battle royale space. It’s actually a slick and stylish side-scrolling brawler for iOS, with RPG elements thrown in for added depth.

Not to be confused with the other officially-licensed basketball games on tablets and smartphones, NBA 2K Mobile takes a slightly different approach by placing the emphasis on squad building. The aim is to assemble the ultimate NBA roster, train up your players and take part in a range of different competitions for daily rewards. Slam dunk!

A tower defence game full of anthropomorphic animals with attitude, Wild Guardians has personality and killer content to spare. There’s a meaty single-player campaign to work your way through and endless fun to be had in multiplayer afterwards.

What Nexon has done with the Power Rangers license here will delight fans of the TV shows. Power Rangers: All Stars is an RPG in which players can recruit characters from the length and breadth of the franchise into their squad of five. You can form alliances with other teams or wage war on them inside the arenas.

Don’t expect to see Cristiano Ronaldo or Lionel Messi take to the park in Frogmind’s new football game Rumble Stars Soccer, but you will find a colourful cast of anthropomorphic beasts among your squad ranks. This is no FIFA competitor – it’s a casual PvP offering based around fast-paced, combo-oriented gameplay.

Digimon Soul Chasers’ sequel features more of the same, and that’s no bad thing as far as the fans are concerned. Season 2 is another hybrid mashup of PvP and RPG that tasks players with raising Digimon and pitting them against others in battle. There are 120 creatures to collect this time. Gotta catch ’em all. Oh, wait… that’s a different franchise.

Knights Chronicle is a hotly-anticipated RPG from Netmarble. Expect a console-grade experience with polished 3D visuals rendered in anime style, lavish cut scenes and full voice acting. Gameplay-wise, it’s a free-to-play title with prominent strategy elements set against a fantasy backdrop where there are more than 100 unique heroes to interact with.

An action-RPG with slick cartoony graphics, Maze: Shadow of Light whisks players away to the fantasy world of Tera and tasks them with vanquishing the evil Diabolus. The solo campaign is vast, spanning 50 levels, and there are also PvP and co-op modes for added longevity.

Puzzle Clash Heroes is a genre-bending offering from French studio Ooblada, which has merged puzzle, arena duelling and light RPG components together in one free-to-play package. Players must grow and develop a team of heroes through match-up puzzling and turn-based combat.

Bear Grylls on mobile? What’s not to love? It may be a digital recreation of the survivalist expert’s likeness we’re talking about, but he’s handing out challenges on a remote desert island nonetheless. The Island: Survival Challenge pits players against touchscreen versions of the trials seen on the TV show, tasks that can only be completed by following Bear’s expert advice.

Candy Crush studio King has tried its hand at a mobile slots simulation, and the results are as colourful as you’d expect. You try your luck at the game’s digital slot machines without the risk of losing any money, since King hands over 100,000 virtual coins when you join the party. Why not take it for a spin?

1. The Mighty Quest for Epic Loot

The long-awaited mobile port of a PC game that shut its servers down in 2016, The Mighty Quest for Epic Loot brings an authentic Diablo-style hack-n-slash experience to tablets and smartphones. There’s dungeon crawling, epic boss battles and mountains of loot on offer. Mighty Quest is currently in soft launch on iOS over in Canada and will also be released for Android devices when Ubisoft feels it’s good and ready.

The best football games on mobile