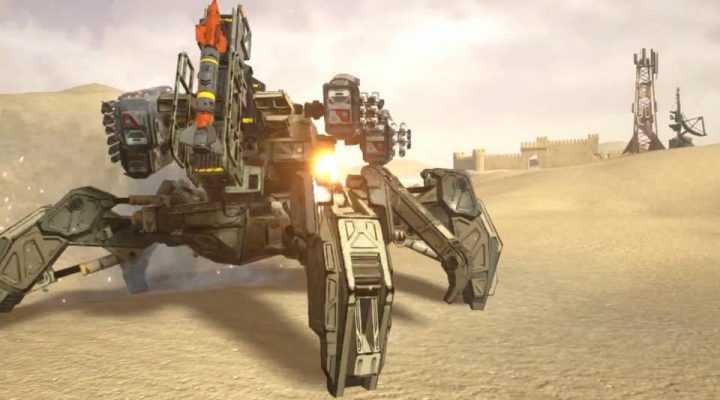 It’s always worth keeping tabs on the mobile games in soft launch. When a developer tentatively releases its product in testbed territories, it’s usually an indication that it will be available on iOS or Android devices in your neck of the woods in the near future.

We’ve done the legwork for you, as these are the best mobile titles currently doing the rounds overseas so the studios behind them can apply bug spray in all of the right places ahead of their global launches.

Tales of Gaia is an action-MMORPG set in a vast open world populated by elves, Titans, humans and dwarves. Players in Switzerland, the Netherlands and Scandinavia can download it right now, and it shouldn’t be long before it emerges from the realm of myth elsewhere.

MU publisher Webzen is trailling its new mobile strategy First Hero in Canada, Latin America and the Philippines. Players in those regions are recruiting armies of heroes to wage war on rival clans, and when they’re not overseeing the action on the battlefield, based building, diplomacy, and troop management is surely keeping them busy.

iOS puzzler Fall Tower combines the best parts of Tetris and Jenga. Players in Canada, Australia, the Philippines, Denmark and the Netherlands are matching colours and destroying bricks, while taking care not to bring the whole tower down, right now.

Open-world MMORPG gameplay meets prehistoric thrills in Durango, an online multiplayer game set in a world where humans and dinosaurs coexist. Players in Korea are already trying to survive in this harsh, unforgiving world where mankind doesn’t always get along with the oversized reptiles they share the Earth with.

Classic tower defence gameplay is on its way to Android devices with RIVAL: Crimson x Chaos, a game which will introduce players to a world where two factions are locked in eternal conflict. Players in Canada, Australia, Philippines and Singapore will have already decided whether their allegiances lie with the Crimson or the Chaos clan.

There are already a few Diablo-style action-RPGs on iOS, but make way for one more. Raziel Dungeon Arena promises to cater for those who enjoy a spot of hacking, slashing, loot-gathering and dungeon plundering.

Returners is another entry to the mobile battle arena genre and it will find players taking part in epic 5v5 battles over an internet connection. There are numerous MOBA titles on mobile, but this one has a hook. The teams you assemble are made up of real-life historical figures, including Robin Hood, Cleopatra, Hercules and Mozart.

Most multiplayer online shooters take place from the first-person perspective, but here’s one which switches the action to an overhead view. Protostrike is an arena shooter which pits players against others from across the globe. Expect fast-paced, real-time combat and incendiary contests that last no more than three minutes. Ideal for those who like to shoot first and ask questions later.

In a sense, Opticale is a less cutesy version of Pokemon Go. The game uses AR and geolocation technology to whisk players off to an astral world where they must seek out a vast array of weird and wonderful creatures. It’s currently in soft launch in France, Switzerland, Belgium and Luxembourg.

Despite what the name suggests, Nova Wars has nothing to do with the popular first-person shooter series from Gameloft, but it is set against a similarly high-tech science fiction backdrop. NEXON Company’s latest offering is a PvP battler with a side helping of card collecting, with said cards serving as powers-ups for beefing up your fleet’s defensive and offensive capabilities.

Atari has reimagined its drive-em-up classic Night Driver for mobile devices and it’s already out of first gear in Canada. The new version is an endless driver tailored for touchscreens which gives players ample opportunities to upgrade and enhance their vehicles.

If you thought Hellraiser was the only horror movie series based on killer puzzles, think again. Blue Wizard Digital has reimagined Friday the 13th as a logic-based game with cutesy visuals. Don’t let those colourful graphics fool you, though. As Jason Voorhees, you’ll get to murder your way through countless teens and camp councillors. You just have to solve puzzles to make it happen.

Real-time strategy meets MMO gameplay in Netmarble Games’ Firstborn: Kingdom Come. Players take to the throne and attempt to bring glory to their realm, mostly by smiting its enemies on the battlefield. Army building, alliance forging and contests against others players from around the world are your bread and butter.

Shamelessly pillaging Diablo for all it’s worth must have gotten old for Gameloft, as the studio has attempted to reinvent the series for its latest instalment. Rather than playing like a carbon copy of the Blizzard titles, Dungeon Hunter Champions places the emphasis on multiplayer. The vintage hack-n-slash gameplay is still in place, except now its accompanied by co-op modes, MOBA-style battles and more.

iOS devices aren’t quite at the point where they’re able to run games like Titanfall without concessions, but here’s the next best thing. B.o.T – or Battle of Titans, if you prefer the more long-winded title – is a multiplayer shooter in which players pilot mechanical behemoths and shoot the bejesus out of each other in quickfire battles.