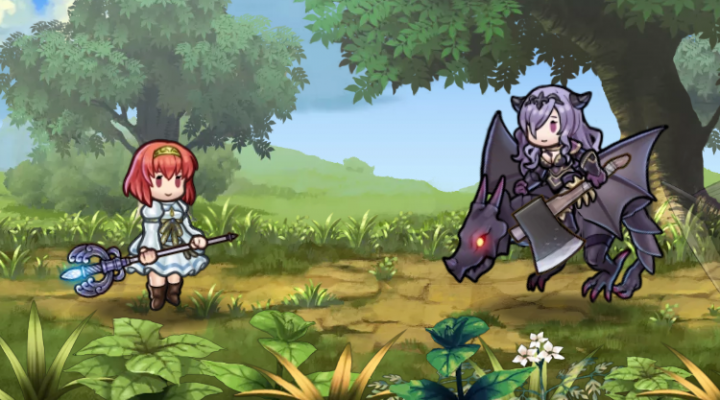 With the much-anticipated release of Fire Emblem Heroes on iOS and Android now here, we’ve had strategy games on the brain. And since you can never have too much of a good thing, we decided to fill our time waiting for the Fire Emblem Heroes launch mining the mobile markets for strategy RPG gold. While SRPGs have not quite flourished on mobile like some other genres, there are still some really satisfying, time-slugging options available for download.

Whether you just discovered the genre through Fire Emblem Heroes and are looking to see what else it out there or have been an SRPG fan for years and already played most of the titles on this list, hopefully we’ve found at least one new game that you can turn to when you need a short (or long) vacation from saving the Kingdom of Askr. 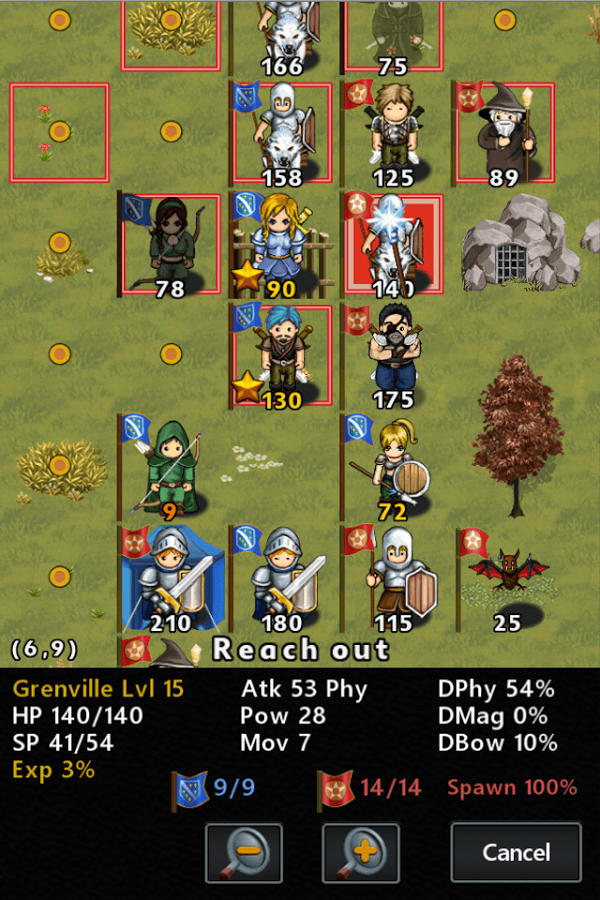 Kingturn’s simple graphics belie its strategic complexity: battles take place on fairly large, scrollable fields with up to ten or more units at your disposal, each with their own unique strengths and skills. Battles are not always even—you may need to think your way out of an 8 vs 16 matchup—but the wide variety of classes, ranging from mages to wolf riders, allows for a solution to almost any challenge. Kingturn’s story of civil war over the next succession to the throne and optional permadeath should make Fire Emblem fans feel right at home, and its three separate entries in the series ensure you’ll have always have plenty of wars to wage. 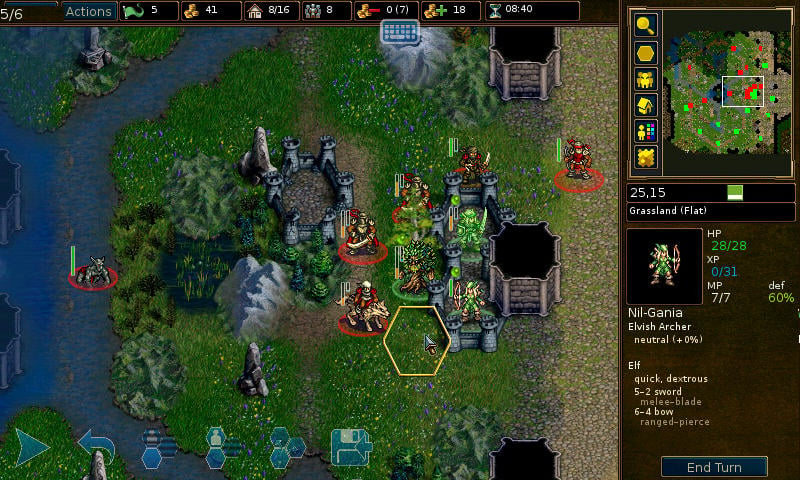 One of the most enduring and content-packed SRPG options on mobile, Battle for Wesnoth deserves a mention if only for its massive set of campaigns and maps available through its open source add-on program, as well as its cross-platform multiplayer. Its huge maps feel alive thanks to little touches like towns and farmland and wide varieties of terrain in single battles, and are so gigantic that units can actually be sent to a distant point and will automatically travel to that path over subsequent turns to save players the trouble of moving them repeatedly. If Fire Emblem Heroes’ tightly constrained battle and map sizes have you down, Battle for Wesnoth is likely the pick-me-up you need. 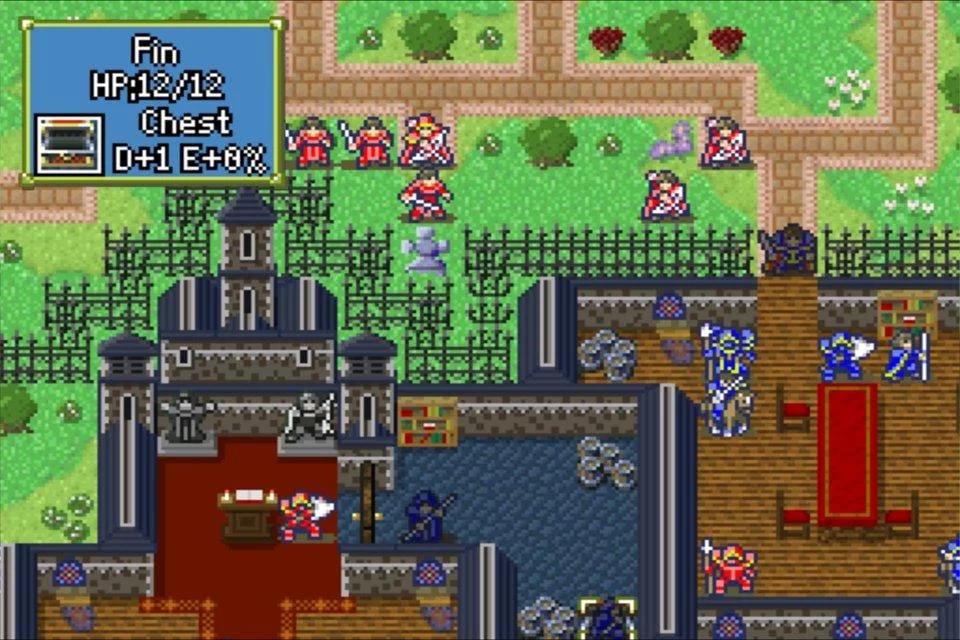 Partia is not shy about its inspiration; it’s a pure and obvious love letter to classic Fire Emblem games, from its warring kingdoms storyline spanning numerous years to its epic, lengthy battles with looming permadeath. Partia understandably received mixed reviews at launch due to its inaccessibility to genre newcomers and a clunky out-of-battle experience, but we thoroughly enjoyed our time with it and always came away from encounters with the same satisfaction as a Fire Emblem game, and the same cramped fingers. (Review) 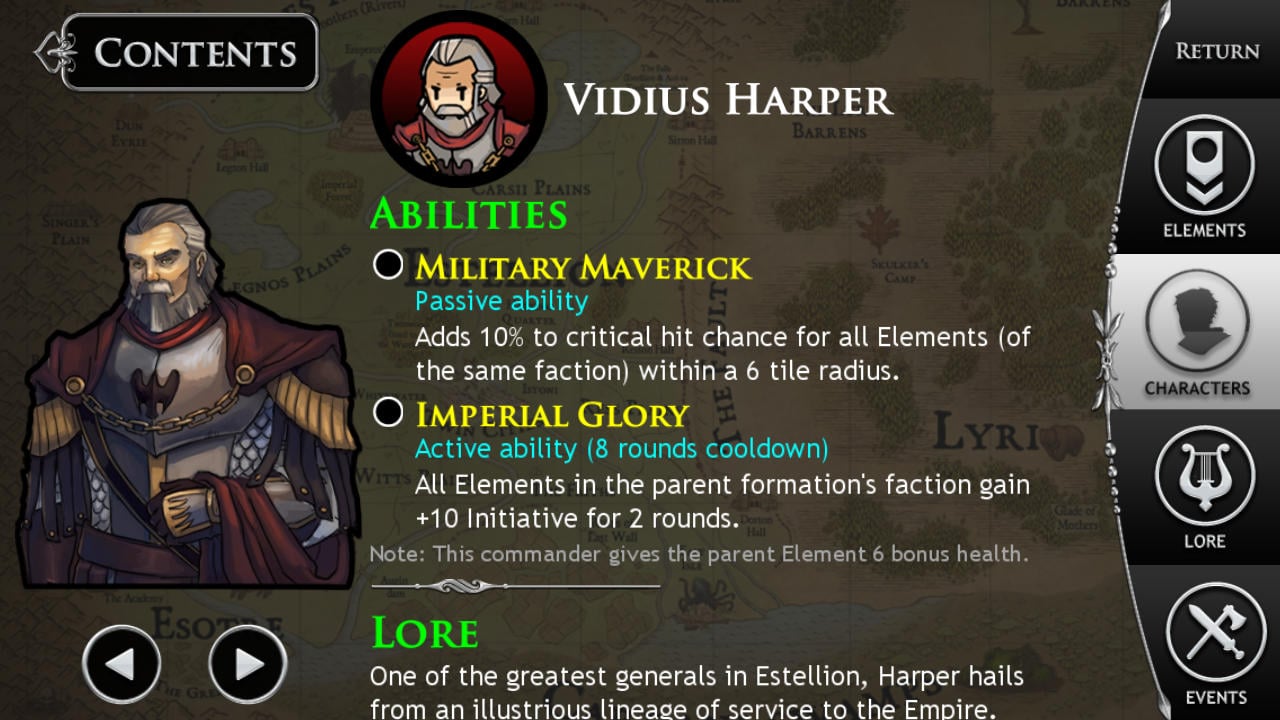 Ravenmark is one of the more visually striking entries on our list, forgoing pixel art for an almost cel shaded, heavily outlined style that clearly demarks different units in the large army matchups. To further reduce the intimidation of so many controllable characters on-screen at once, Ravenmark offers a “standing orders” option for army-wide goals like marching toward the enemy. Fire Emblem fans should enjoy the unit weaponry triangle (or really, square), where Infantry > Polearms > Cavalry > Ranged > Infantry as well as the beautifully animated dialogue scenes between characters. (Review) 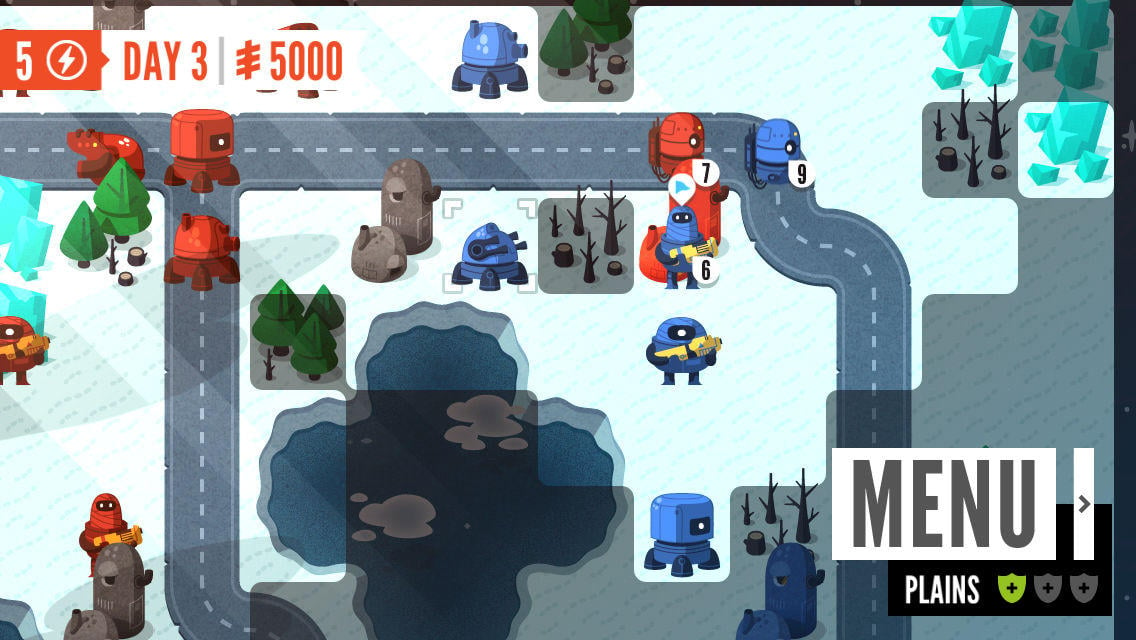 To be fair, Warbits is more Advance Wars than Fire Emblem, but in the world of mobile strategy games, we celebrate either one. This playful robot skirmisher utilizes the money-generating and weapon-manufacturing of the Advance Wars series to put a slightly different spin on battles, forcing players to manage more than fight positioning and timing. Those battles are still complex and extended affairs, however, so you won’t get to just sit back and let your bots auto-attack your way to victory. (Review)

Phantom of the Kill 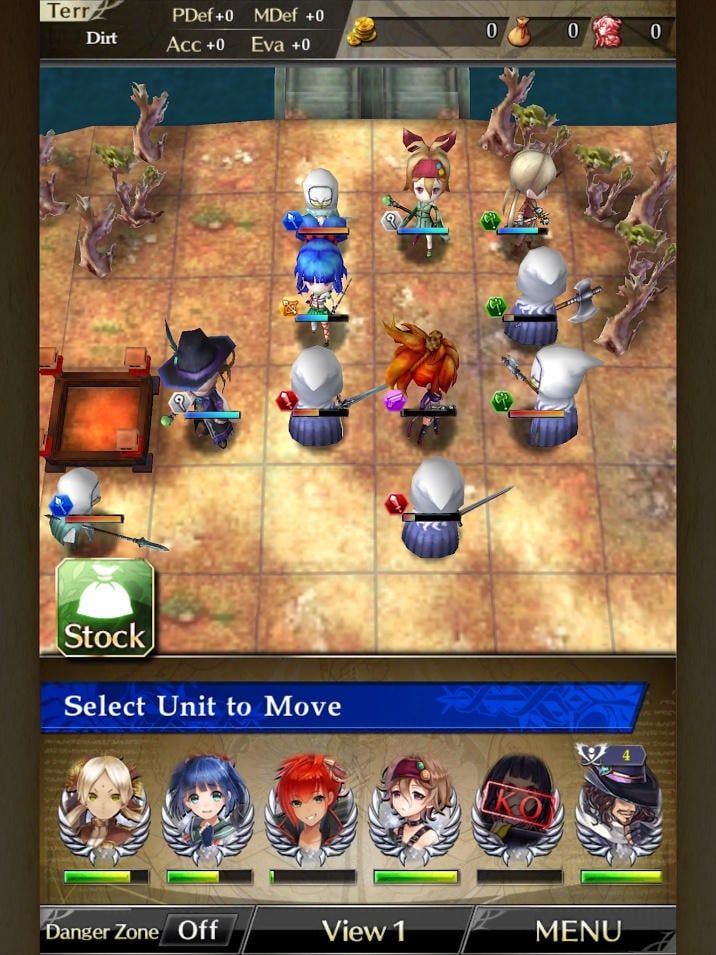 If you’re looking for something more similar to Fire Emblem Heroes specifically and a little less like its console predecessors, Phantom of the Kill would be it. This free strategy RPG utilizes a gacha system for ranked character unlocks but also allows some to be recruited via in-game quests, with a huge roster of available heroes. Battles take place on smaller, more contained maps than many of the other entries on this list and limit players’ roster to five units (plus one friend’s “helper”). And there are, of course, combat animations that play out in a separate screen from the actual fight, showing off the one-on-one matchups when units clash. (Review) 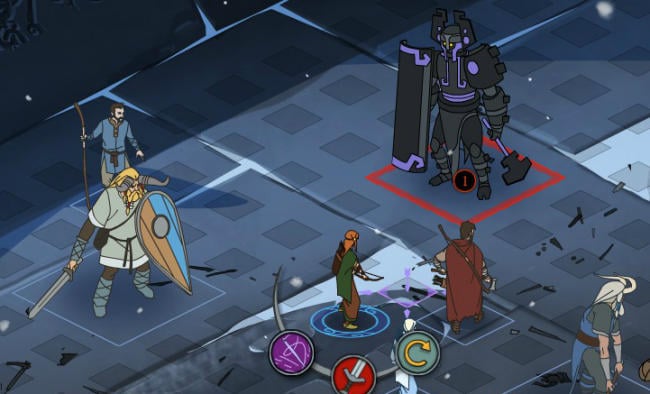 One important aspect of the Fire Emblem series that fans often cite as difficult to find replicated in mobile alternatives is its compelling story and truly individual characters with their own motivations and relationships. The Banner Saga excels in these areas, giving even classic Fire Emblem titles a worthy adversary in terms of plot and narrative complexity. Part of this is due to its interactive fiction-like events that give you difficult and affecting choices and part to the simply exceptional storytelling. There is also, of course, plenty of strategic combat to engage in and units to upgrade and manage alongside the story, fulfilling two of the big promises Fire Emblem titles make to their fans. (Review) 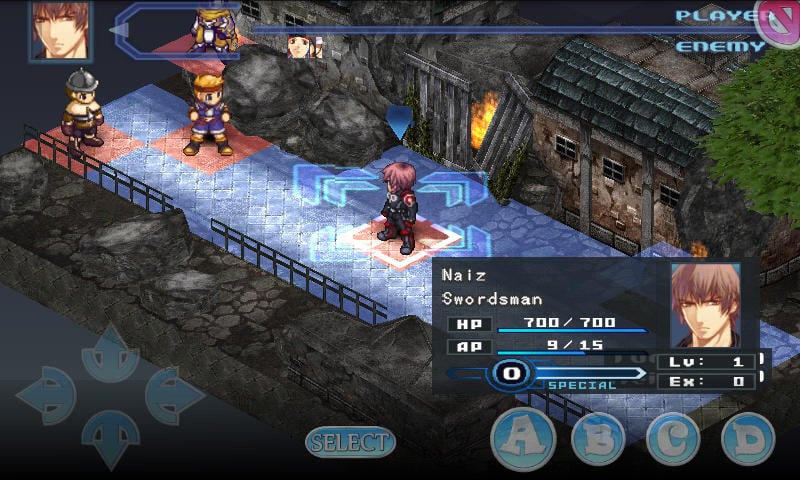 This port of a PSP RPG brings back memories of Final Fantasy Tactics with its cube-grid, isometric graphics, but Fire Emblem fans should feel comfortable in its world as well. The story is more involved than many of the other titles on this list, letting players take on the role of both factions in the war for control of Neverland and offering different endings based on players’ actions. Although there aren’t separate duel cutscenes, you will be treated to different attack animations and dialogue between characters in the heat of battle to keep fights feeling interactive and consequential. (Review) 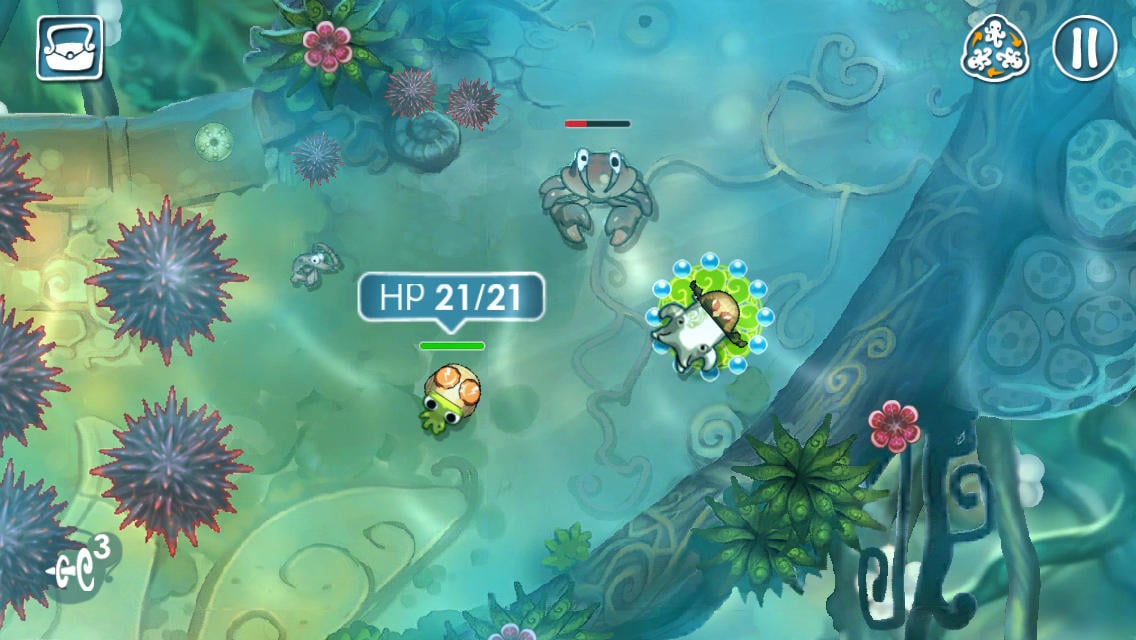 While Squids might look like an unexpected choice among some of the lengthier, complex strategy operas in this group, it fulfills many of the same gaming goals. Its gameplay is a mobile-perfect mix of slingshot arcade mechanics and turn-based planning, where players will pull back and launch their squids into action against other aquatic enemies. This isn’t just squid bocce, however; you can not only utilize special skills and attacks as in any RPG but also use nearby terrain to your advantage, such as knocking a foe downstream in a water current. On top of the excellent gameplay, the story is highly engaging, pitting our tentacled heroes against a mysterious ooze that is controlling every sea creature around them and blending both humor and touching moments of squid bravery into a must-play package. (Review) 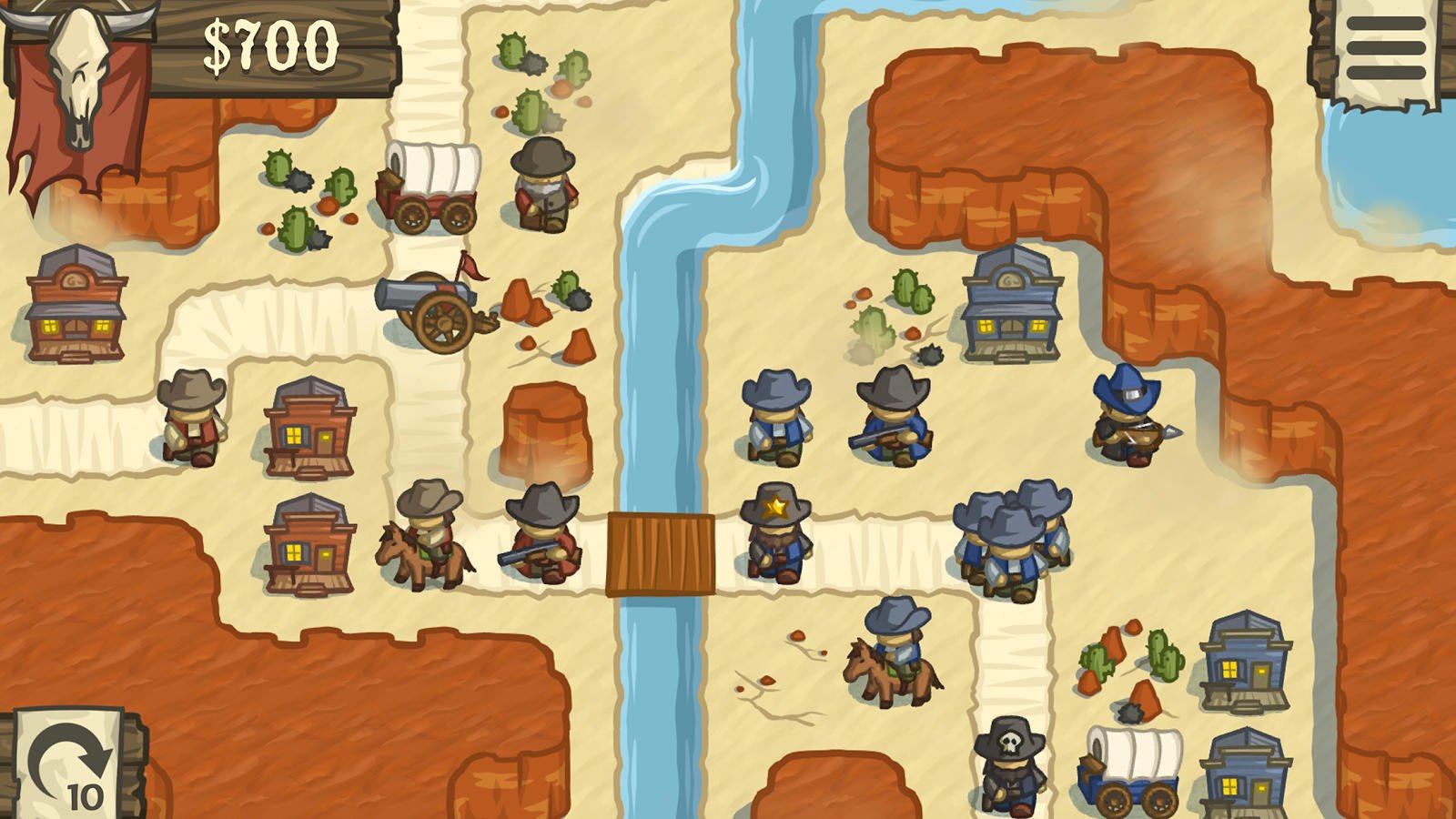 Lost Frontier is a bit of a loner in Mika Mobile’s typically real-time and action-heavy catalogue. It’s also the only turn-based strategy game we know of that takes place in “a fantasy-western setting consumed by steam-punk technology and the supernatural,” as the App Store description explains it. Don’t let the cute cowboy units fool you; there’s some significant planning required for Lost Frontier’s battles, from managing long-range riflemen and speedy cavalry to dodging cacti patches and surrounding narrow mountain overpasses. While you won’t have the same emotional connection to your units you would in a Fire Emblem game, the “Living Legends” feature lets you maintain and level up a specific, specialized unit as a sort of main character and the different types of Living Legends let you play the game very differently depending on who you’re maining. 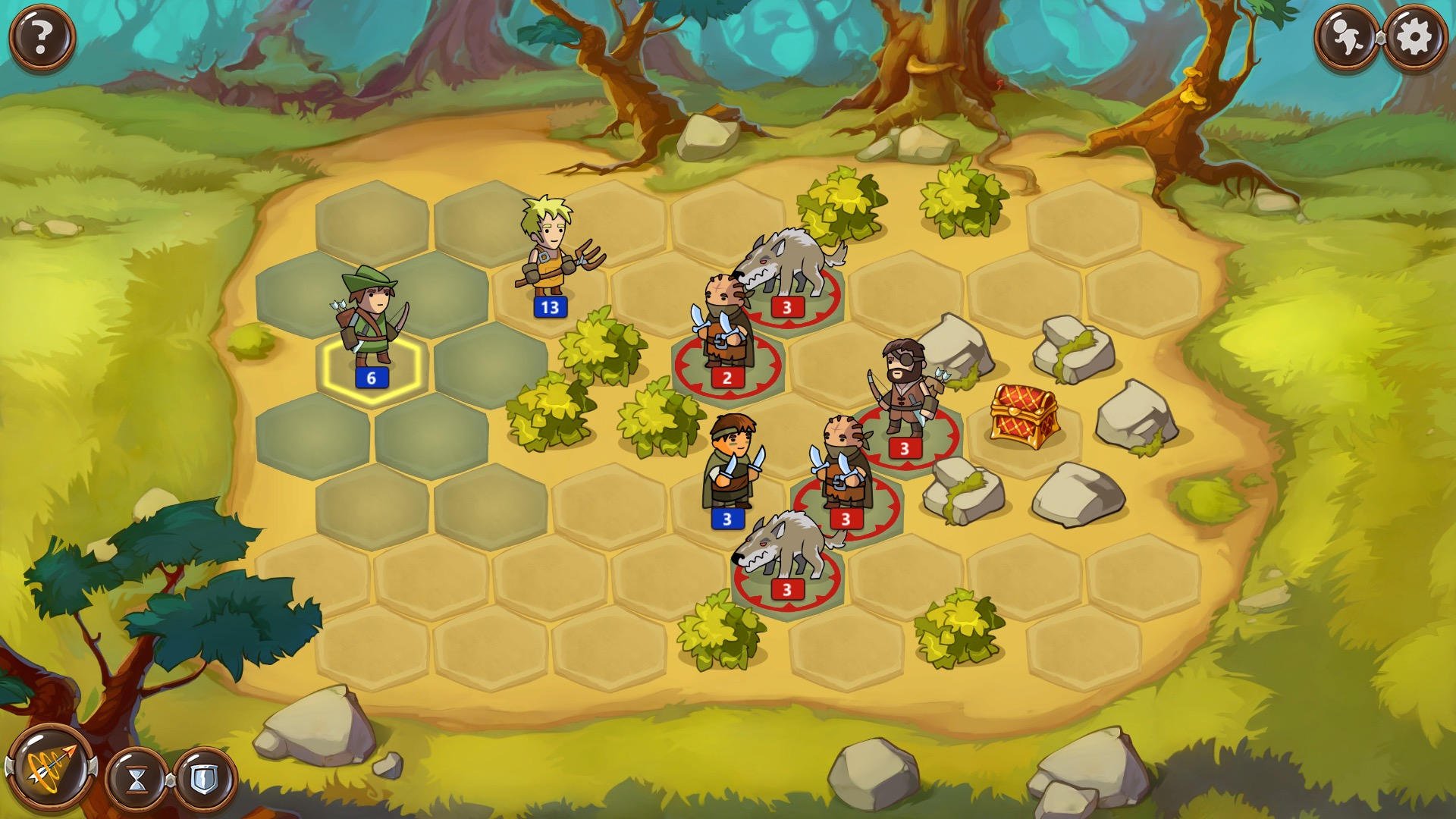 Like Fire Emblem Heroes, battles in Braveland take place on a tightly contained grid designed more for at-a-glance planning than a sense of epic conquering. Still, thanks to the wide variety of enemies and obstacles, no two fights will really feel the same. The story plays out on the map as you travel between fights, bantering with thieves you come across and recruiting new units that offer to lend a hand. The best news is, if you enjoy Braveland, there are two sequels (Wizard and Pirate) waiting for you to conquer as well. 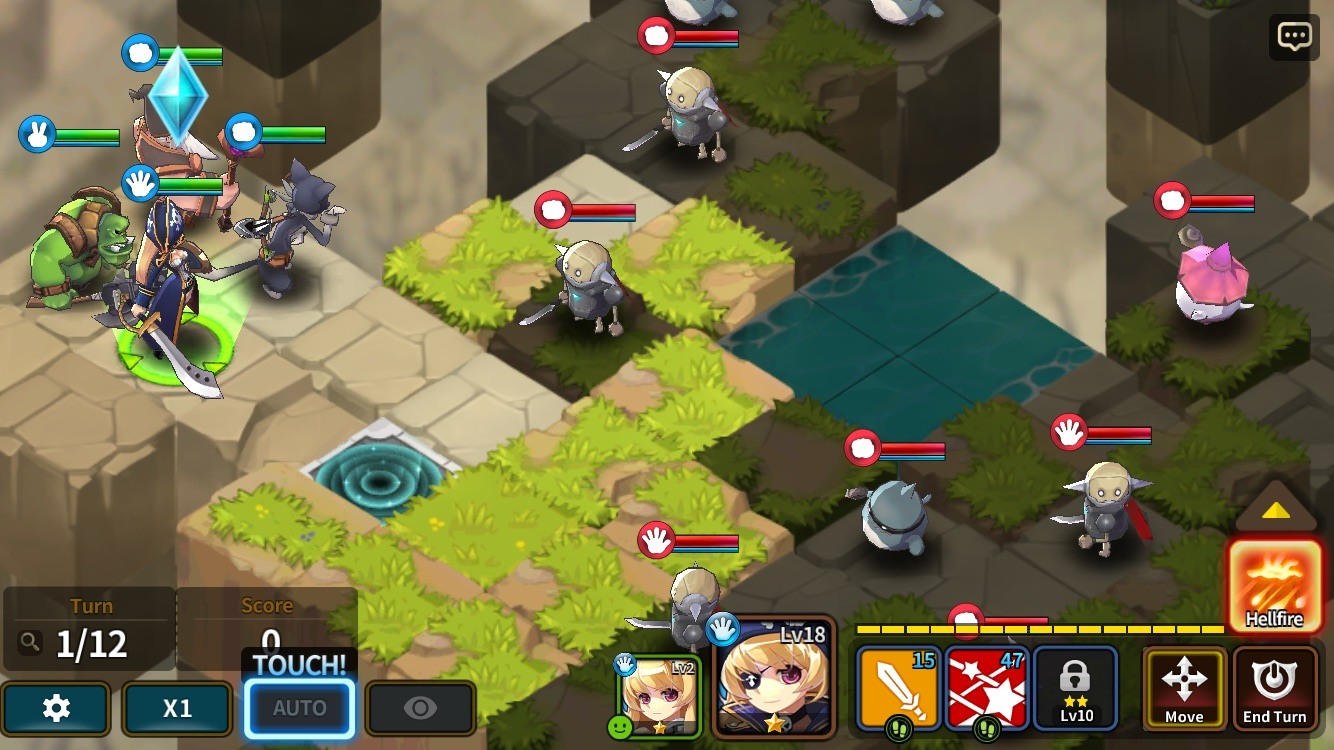 Fantasy War Tactics also leans more towards the Fire Emblem Heroes end of the strategy spectrum, featuring a batch of collectible star-ranked heroes that have varying specialties but are all viable choices in battle. While it doesn’t bring anything particularly groundbreaking to the genre, its colorful 3D graphics, bizarre cast of characters—including an amnesiac archer cat—and wide variety of activities in and outside of battle keep things interesting. And its battle details, like characters’ terrain advantages and ability to team up for more powerful attacks (and gain co-op bonuses with certain friends) make it a worthy addition to your SRPG catalogue. (Review)