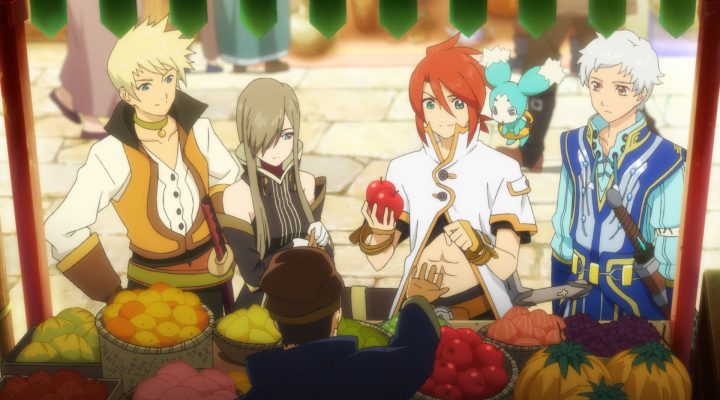 The last week in July is always a bit of a bummer: it’s still technically summer, but we can feel the days getting shorter, the school year creeping ever closer, and pumpkin spice avalanches waiting just around the corner. Now’s the time to sneak in any last-minute vacation plans we didn’t get around to already, or recover from those that we did.

Whether you’re jetting off to the beach to maximize your remaining relaxation efforts or cooling off in the privacy of your own home, there are plenty of great new mobile games out this week to keep you company.

Tales of the Rays 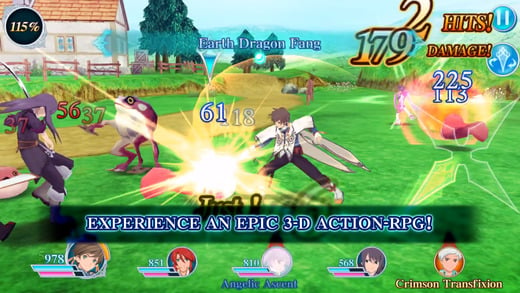 Tales of the Rays combines the epic real-time RPG battle system of Bandai Namco’s long-running series with short-burst dungeons suited to on-the-go gaming. Despite the slightly scaled-down size, however, Rays intends to pack a massive story punch as it follows heroes Ix and Mileena on a journey to save the world (what else?) after their home island is destroyed by one of the first of many cataclysmic events. As they seek out power from other realms, heroes from previous Tales games will join their effort, adding familiar faces from Tales of Vesperia, Symphonia, Xillia, and more to your party of sword-slashing, Artes-dealing warriors. 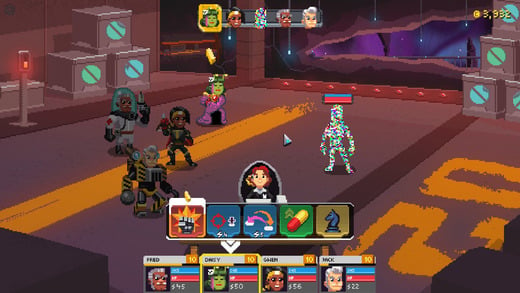 Behold Studios’ Knights of Pen & Paper gave us a charming, cheeky adaptation of tabletop gaming in mobile RPG format, putting players in charge of a group of role-playing friends and their Game Master as they tackled a literal fantasy realm. Galaxy of Pen & Paper looks to do the same with a sci-fi campaign, while adding tons of new classes, creatures, and even epic spaceship battles dreamed up from the comfort of home in 1999. Between exploring alien planets and traveling through time, the sky really is the limit for our dice-rolling party this time around. 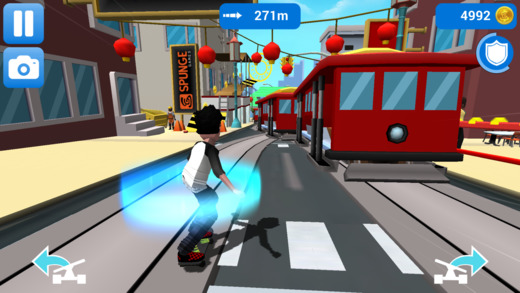 It seems like as soon as Spunge Games’ Phil Faily starts to get the hang of one mode of transportation, he flops on to the next one. He’s toppled down hills in a car, on a motorcycle, as an extremely durable caveman, and now he’s testing his (typically poor) luck on a skateboard. This should be his best attempt yet, however, as Phil is apparently a somewhat skilled skateboarder–he will grind, flip, and do intentional tricks as he wheels around “San Fran Faily” earning coins and points. Of course, there are plenty of obstacles waiting to send him flying in classic crash-prone Phil style; this is still a Faily game, after all. 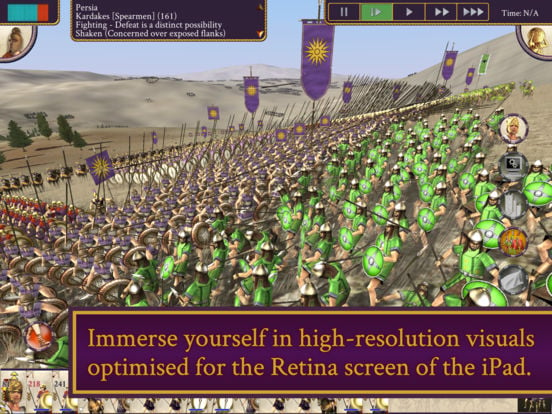 ROME Total War’s release on iPad last year was a huge victory for strategy fans: the classic RTS was ported to tablets in all its glory, making large-scale encounters entirely accessible on the smaller screen. Feral Interactive’s subsequent release of expansion Barbarian Invasion and now, Alexander, solidified their commitment to keeping players busy no matter where they’re campaigning. Alexander offers a chance to follow the feats of Alexander the Great across Macedonia and Greece all the way to the Persian Empire. Six new battles, four new factions, and 25 additional units should keep commanders busy well until the next expansion hits the App Store. 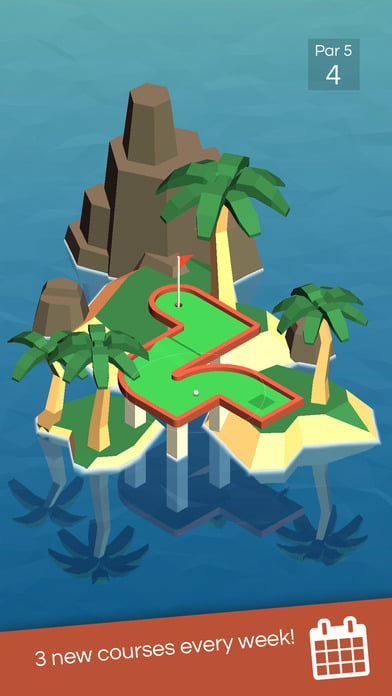 After bringing us last year’s immensely enjoyable, Tetris-like mini golf puzzler, Putthole, Shallot Games has returned with a more classic putt-putt experience. Vista Golf is a relaxing, no-frills version of the popular pastime, with simple controls that require little more than dragging to aim and shoot. The 3D courses emerge one after another from the miniature golf-spawning sea without any time limits or restrictions, merely the recommended par. Shallot has promised three new courses will be added every week, offering an endless supply of competitive or introspective putting for players of all skill levels. 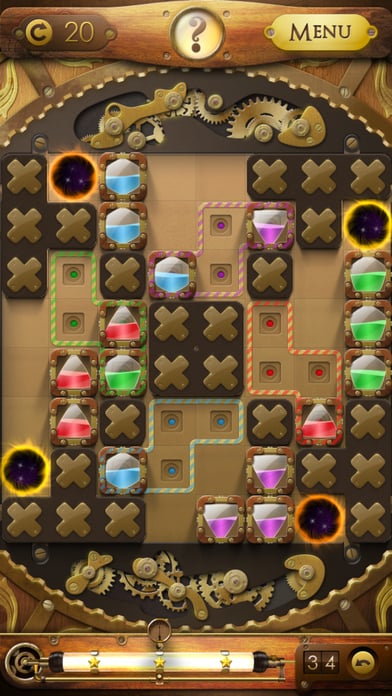 Steam Panic has the strange premise of being a lost puzzle from 1935 presented by Schrödinger’s cat, which is enough to make us want to peek inside. Its clever mechanical puzzles are the real draw, however, with a board rotating mechanic that lets you use–or fight–gravity to drop and slide objects into place. You have to get blocks of liquid to their destination by sliding around barriers, activating buttons, entering portals, and avoiding hazards like saw blades. It looks like a serious mental workout wrapped in a gorgeous steampunk aesthetic. 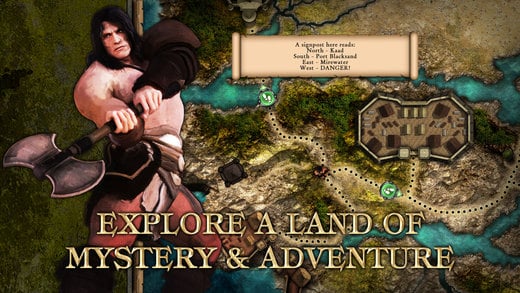 Fighting Fantasy Legends takes place within three of the fantastic Fighting Fantasy stories: Citadel of Chaos, City of Thieves, and The Warlock of Firetop Mountain. Legends adds a card-battling twist to the classic gamebook adventure along with a dice leveling system unique to this entry in the series. The overhead exploration is reminiscent of classic RPGs like Ultima and still packed with the decision trees and in-depth plot that makes every Fighting Fantasy so engaging. Nomad Games has promised “thousands of choices ensure that no two games are ever the same,” which essentially translates to “there goes every remaining minute of our free time.” 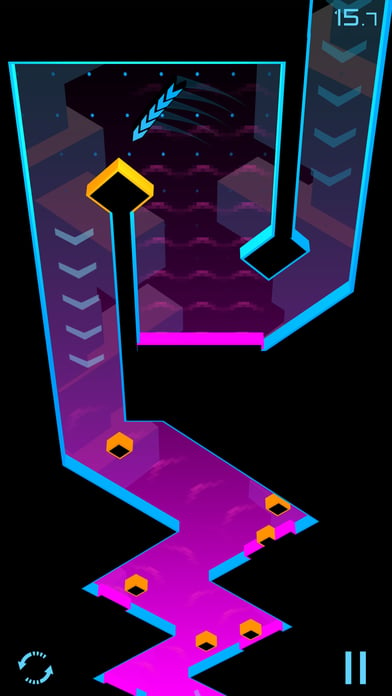 Aero Effect is a change of pace for developer Jundroo, who is best known for physics-based builders SimplePlanes and SimpleRockets. This arcade-puzzler puts players in control of an ever-descending aero as it works its way through a maze of “animated, geometric peril.” The world’s tilted layout provides a unique viewpoint that almost feels like an overhead pachinko machine, but one where you have an end goal and much greater control in getting there thanks to the aero’s precise lift and drag physics, which are borrowed in part from SimplePlanes.

The Revenge of Shinobi 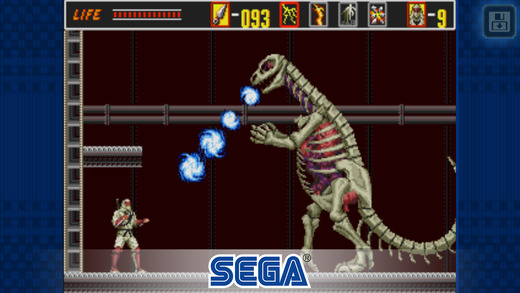 The latest addition to the somewhat controversial SEGA Forever lineup, The Revenge of Shinobi was originally released on the Sega Genesis in 1989 to mostly positive reviews. It’s a side-scrolling platformer in which you take on the role of ninja Joe Musashi as he hunts down the crime syndicate that killed his master and kidnapped his fiancée. Like all SEGA Forever titles, The Revenge of Shinobi is free to download with a single $1.99 IAP to remove ads (plus it has some pretty sweet iMessage stickers). 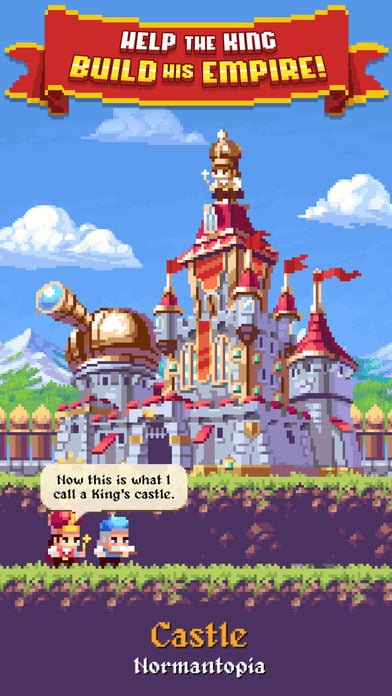 Grumpy Rhino’s Idle Armies pit players against themselves as they played both the heroes and villains in the tongue-in-cheek RPG clicker. Idle Empires is all about the greedily villainous side of that coin, focused on building an army and city that can exploit as much gold from its citizens as possible. There will be, of course, plenty of tapping and upgrading as you expand your tyrannical reach and quell potential revolutions, but anyone with a an appreciation of fine subjugation and a sense of humor should find plenty to love here.