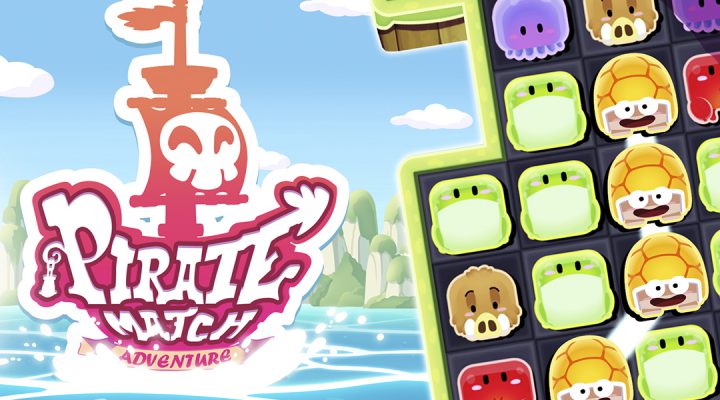 It’s sort of ironic that videogame piracy is such a scourge, because videogames with pirates in them are usually great.

Classics like Monkey Island, Sid Meier’s Pirates, and Assassin’s Creed Black Flag all show that there’s no better way to liven up your game than to put a chap with a pegleg and an eyepatch front and centre.

Pirate Match Adventure, the debut game from Spanish studio Playgram Games, is the latest addition to this noble tradition of awesome pirate-themed games, thanks to its polished cartoon presentation and well-tuned gameplay. 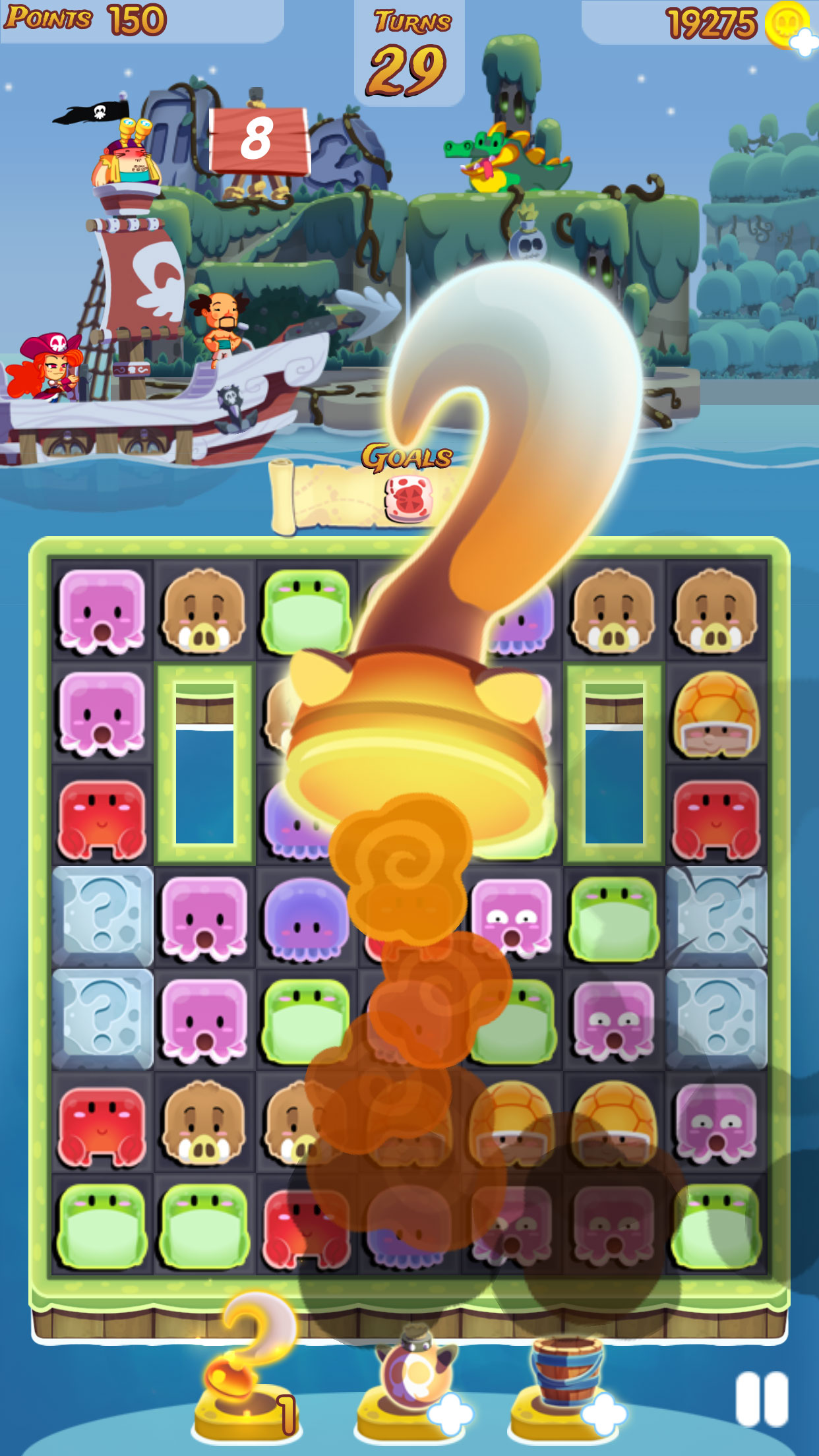 It takes the form of a matching puzzler where you have to match identical coloured faces by drawing a line connecting them horizontally, diagonally, and vertically. So far, so match-three.

But Pirate Match Adventure is much more than your standard matching puzzler. For a start, there’s the neat combat mechanic, whereby island enemies (monkeys, crocodiles, and so on) move closer after every move, eventually attacking and sinking your ship.

Then there’s the fact that you can win treasure chests full of gold to spend on more characters and power-ups, adding a hyper-addictive layer of progress to the puzzling. The hidden treasures add a layer of intrigue too.

Pirate Match Adventure currently boasts five worlds, five ships, 25 characters, and 100 levels, and these will be gradually increased in updates over the coming months and years. 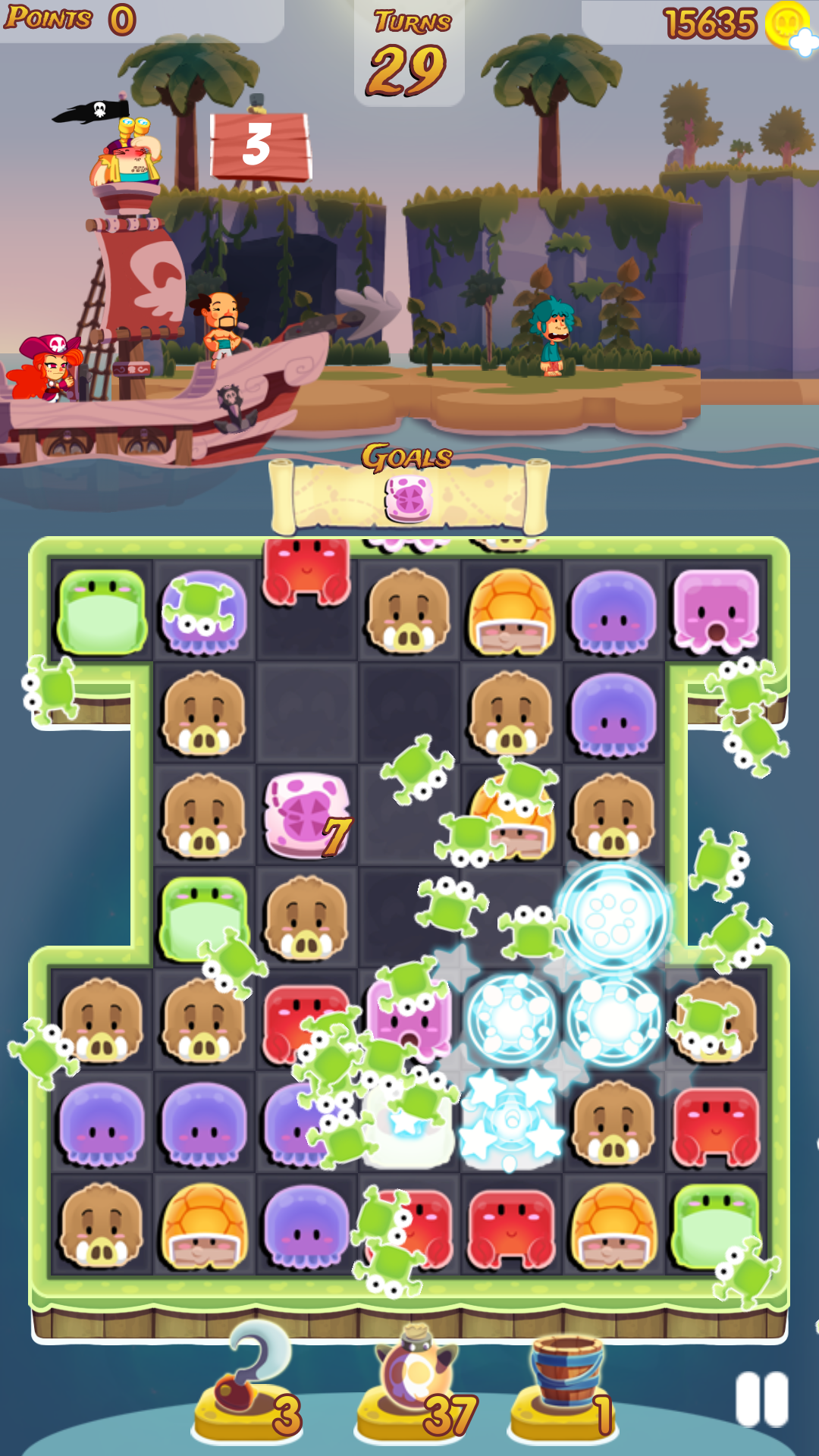 There has already been one major update, adding a Pirate Roulette wheel that you can spin once a day for a chance to win prizes, and a pirate ranking system. With much more to come, Pirate Match Adventure could well be your next mobile puzzling obsession.

Download it for free right now on Google Play and the App Store.

Gamercal Is a Brilliant Way to Track Your iOS Games, and It’s Totally Free!