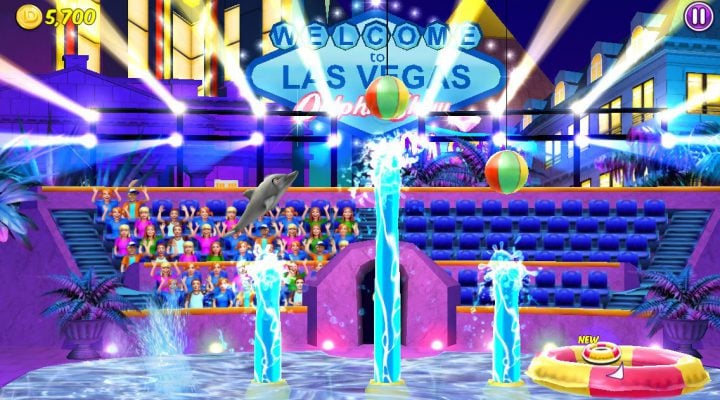 For those of you who are unfamiliar with it, My Dolphin Show is a colourful title in which you – surprise, surprise – take on the role of a Flipper-esque dolphin and a range of other aquatic creatures.

Your aim in the game, is to follow your trainer’s instructions and splash your way into people’s hearts by jumping through hoops and bashing beach balls. As you progress, you’ll earn newer and more complicated moves that will send a buzz through the crowd if successfully pulled off.

You’ll also earn rewards as you move through the game, including 30 cute outfits that can transform your dolphin into other creatures, like a fluffy polar bear or even a majestic mermaid.

According to its developer, Spil Games, My Dolphin Show offers unique gameplay like ‘no other game’. 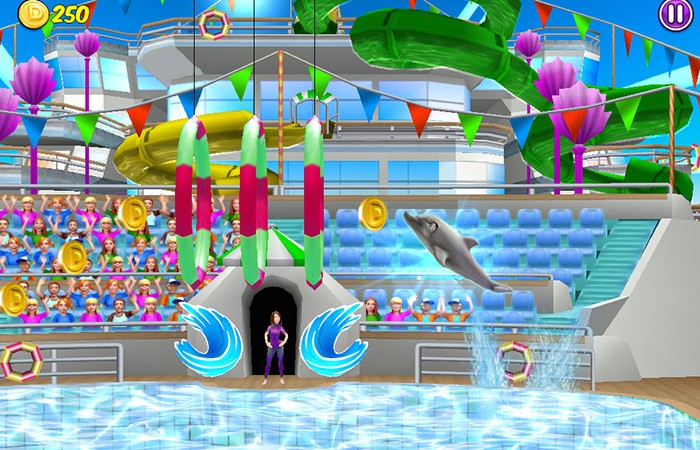 Children who are particularly fond of skills games will enjoy My Dolphin Show. The game is full of competitions and tricky challenges, as well as stunts that need to be worked on and bettered before they can be perfected.

My Dolphin Show even allows you to work together with your child, and make decisions as a team in a relaxed and safe environment.

On the App Store, My Dolphin Show has an average rating of five stars.

Since its release back in May 2011, the web version of My Dolphin Show has been played more than 120 million times. Similarly, the native version of the game has amassed over six million installs since its release, and boasts over one million monthly active users. 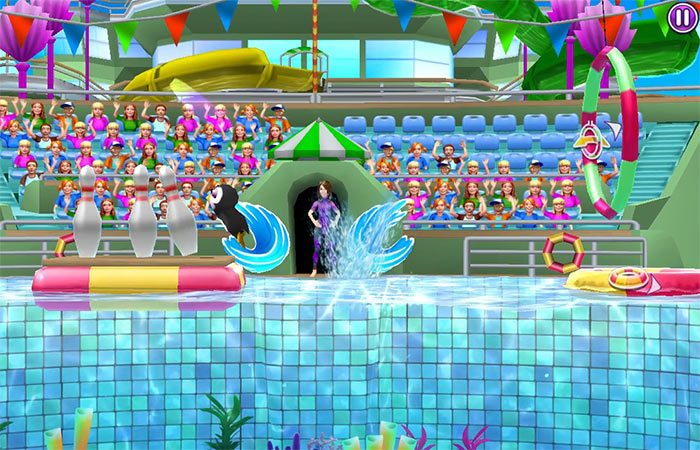